“We simply haven’t been able to get near the thing.” The words of PC David Oliver, a police officer based in the West Midlands speaking in 1994 as a gang of daring ram raiders targeted off-licences across the region using a stolen Lotus Carlton as a getaway car. This was enough for the Daily Mail to call for the Lotus-tweaked performance saloon to be banned, claiming its 176mph top speed was too high for Britain’s roads.

“Our urban panda cars can only go at 90mph,” PC Oliver complained. Even today, the fastest performance saloons are only just reaching 190mph – just 14mph more than the Lotus Carlton, which could also cover 0-62mph in an extraordinarily quick 5.4 seconds. It was the fastest saloon car money could buy at the time – and could even keep up with a Ferrari Testarossa.

Based on a Carlton GSi, Lotus bored out the standard car’s 3.0-litre engine to 3.6 litres, adding twin Garrett turbochargers and boosting power to 382hp. Just 950 Lotus Carltons were sold, with around 285 making it to the UK (the exact number is contested but How Many Left lists 56 left on the road and 120 SORN in 2017). Opel/Vauxhall had intended building 1,100 cars originally, but the recessions of the early 90s meant dealers struggled to shift the £48,000 Carlton. 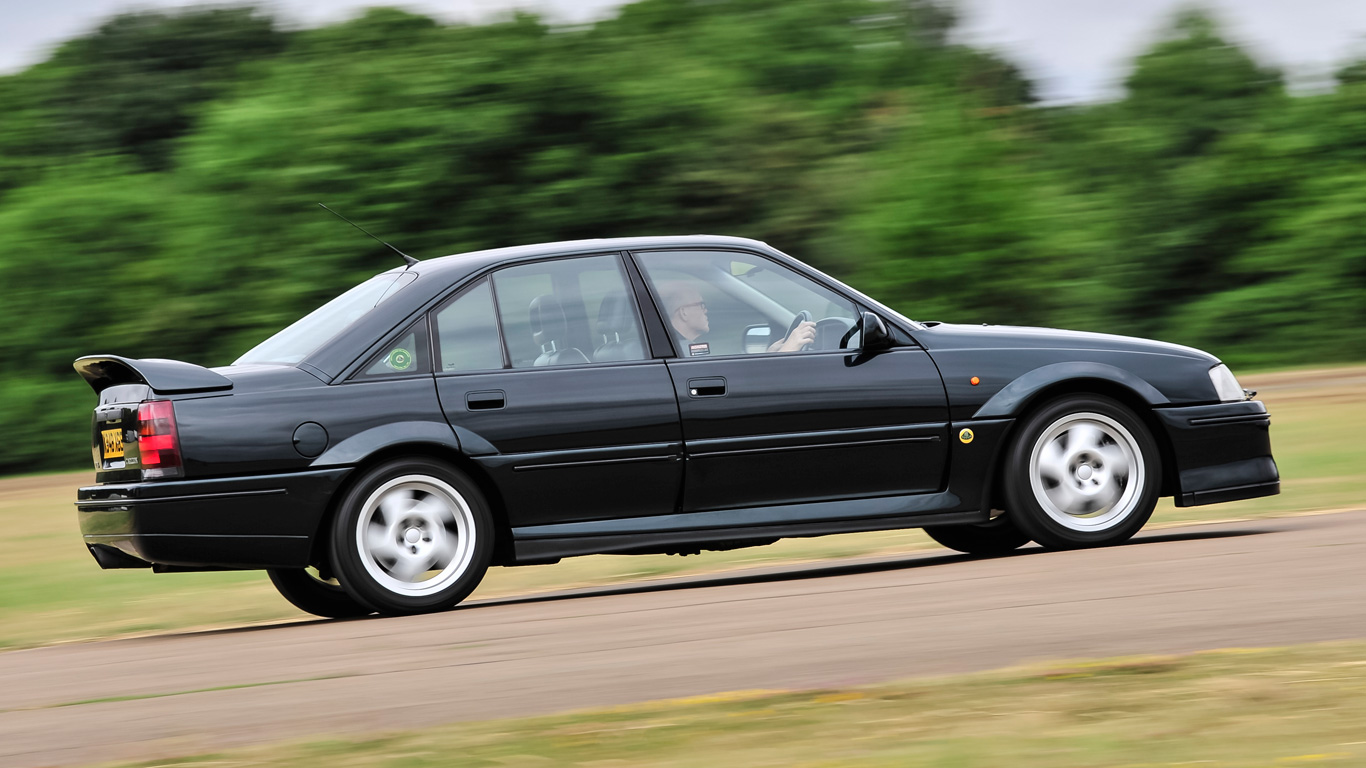 Despite living a charmed life, even Vauxhall’s own 32,000-mile ex-press car feels baggy at first. The gearchange – linked to a six-speeder plucked from GM’s parts bin – has a huge throw, while the power-assisted steering feels a little disconnected at town speeds. The only thing that suggests this car is anything but ordinary (six-cylinder warble aside) is the clutch, which requires a committed shove from your left leg.

Once out on the open roads, things soon start to tighten up enormously. Shove the accelerator pedal and it’ll hurtle towards the horizon with little in the way of lag from its twin turbos. It’s a surprisingly torquey unit, willing to pull in almost in any gear, and the shove just keeps on coming as you build on the revs. Even 25 years after production ended, the Lotus-tweaked engine feels like an all-time great.

It’s not a one-trick pony, either. Although the Lotus Carlton looks big, with its butch bodykit, it’s actually quite a small thing by today’s standards. Combine this with excellent visibility (a low window line and narrow pillars help here) and you’ll soon feel confident enough to push on down rural roads. The 265mm-wide rear tyres and a standard-fit limited-slip diff aid traction, but there are no fancy-pants electronics to help out if it does go wrong.

As you’d expect, it feels like a very analogue car to drive, but it also remains very composed – whether you’re trundling along or mimicking a 90s ram raider. The car’s clever self-levelling multi-link rear suspension was very sophisticated at the time and today, although the ride errs on the side of the firm, it still feels more compliant than many modern performance cars. 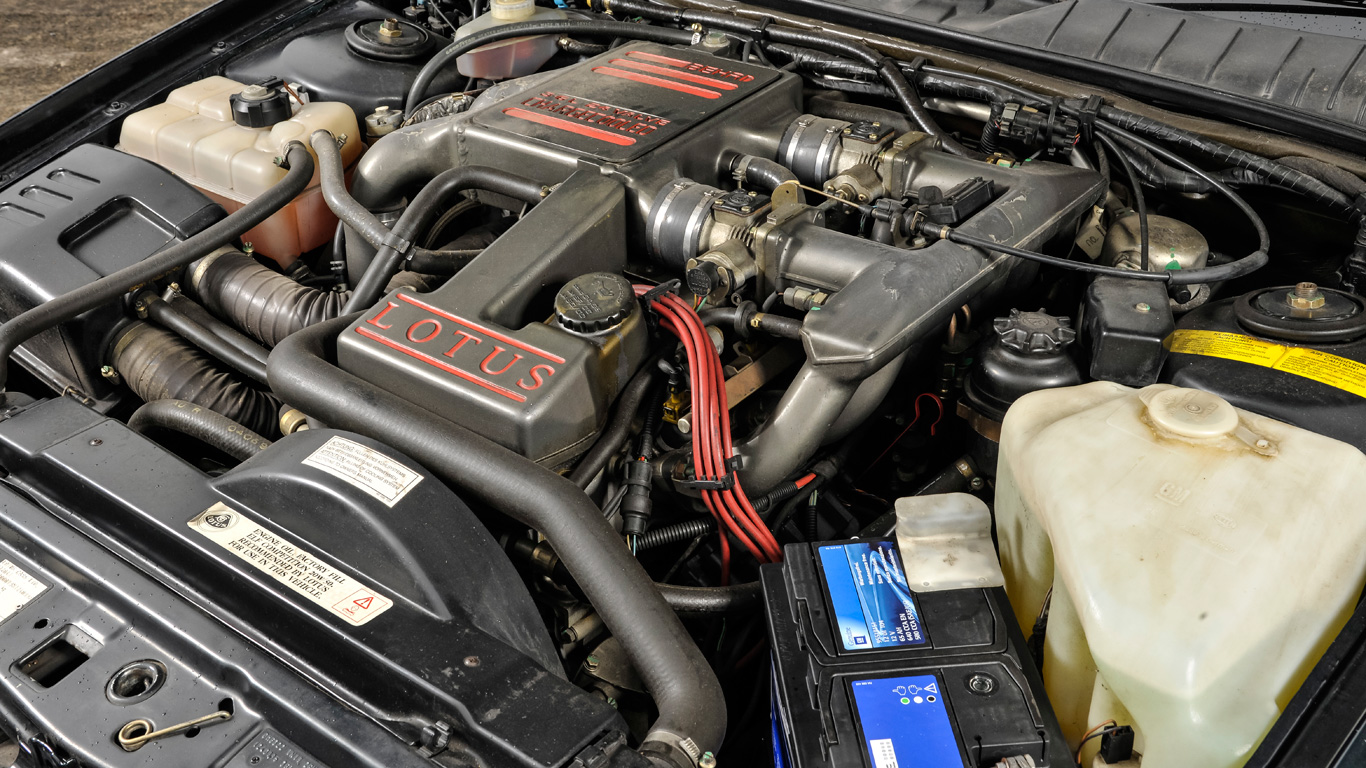 Although fewer than 300 Lotus Carltons were officially sold in the UK, they were a classic from the off, meaning it’s probably easier to find one today than it is a lesser GSi 3000. Only a few years ago, £10,000 would have got you a good example, but – like most iconic performance cars from this era – prices are firming up. An example recently sold at auction for a mighty £72,000, while a search of Auto Trader reveals you’ll currently need £100,000 to secure one.

It’s worth paying as much as you can for a good one, as sourcing parts and fixing a bad example could turn into a real headache. While stone chips are common and can be touched up, damage to the fibreglass body kit might be more expensive to repair. Purchase a history check and look out for signs of crash damage – many Lotus Carltons have inadvertently left the road in the past. Rust can also be an issue.

During a test drive, make sure it drives in a straight line without lurching to either side during braking. With hefty brake discs all round, the Lotus Carlton should stop quickly, and feel for any unusual vibrations or juddering. 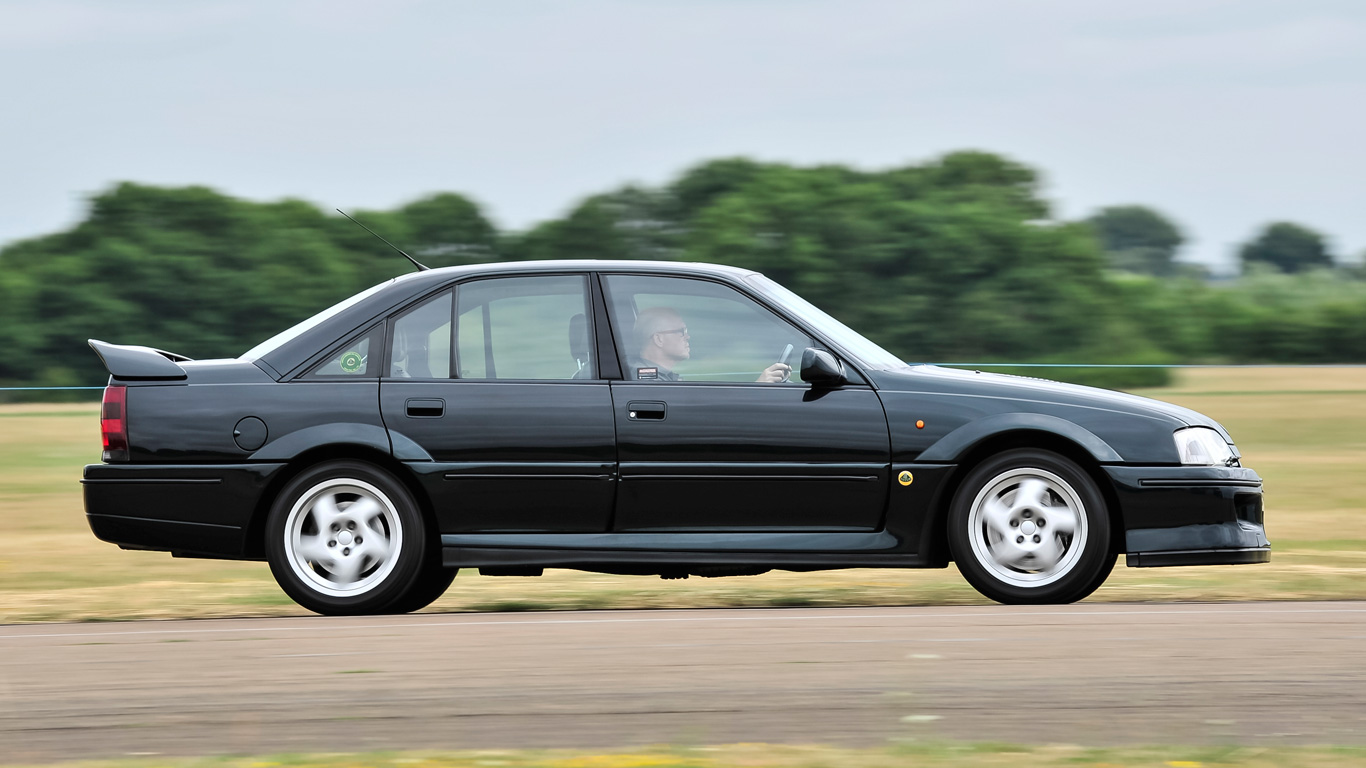 I fully expected to be disappointed by this car. I had a book of supercars when I was growing up in the 90s, and the Lotus Carlton page was flicked to more than any other. The fact that a family saloon could have such outrageous performance warped my mind.

Even taking a relatively grown-up view today, this car is incredible. In some ways, it does feel 25 years old, but the performance on offer is still exciting. What’s more exciting is how involved you are in the driving process compared to modern super saloons.

While prices are taking the Lotus Carlton into dream car territory for most of us, if you find a good ones and have the means to buy it, I wholeheartedly suggest you do. Promise me one thing, though – this is a car to be driven, not to be polished and locked away in a garage. Its garish appearance means it’ll be tutted at classic car shows for a while yet, so don’t bother. Just get out and drive it.

>NEXT: Fast and furious – driving the ultimate Mitsubishi Evo

Our man enjoyed a special date with a Reliant three-wheeler
Read more
Previous articleOpinion: this retro Caterham isn’t rubbish, I am
Next articleGod would drive an Allegro VDP says Beta Band singer

On the 30th anniversary of the end of Citroen 2CV production, we take a look at the long and varied history of the Deux Chevaux.
Read more

In pictures: Inside the British Motor Museum’s £4m storage unit

Goodwood Speedweek is a one-off online-only event running on 16-18 October 2020 as a replacement for this year’s cancelled Festival and Revival.
Read more
News