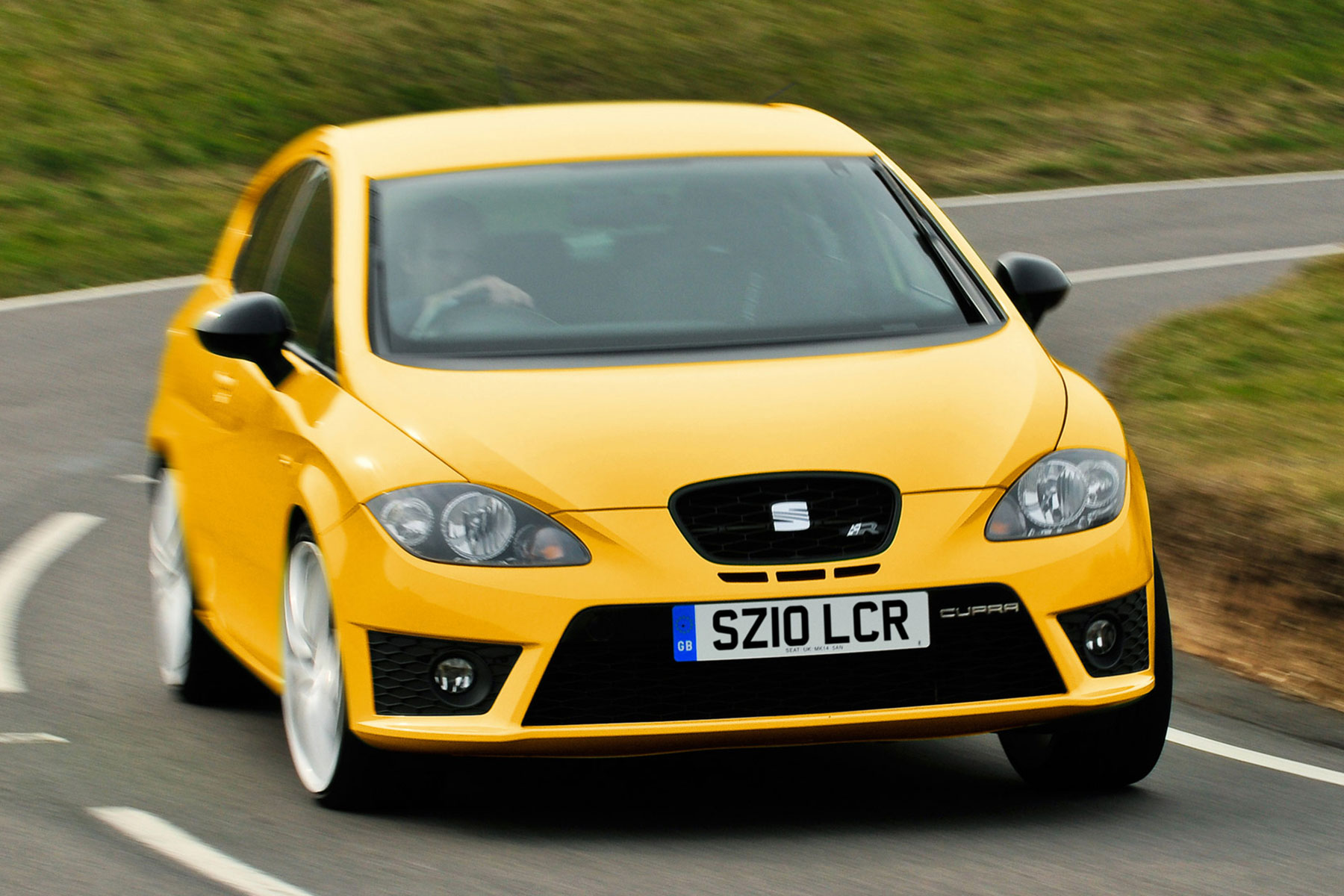 As part of Seat’s plans for a sporty new Cupra sub-brand, it has revealed new models in the form of a Leon Cupra R ST wagon and a Leon Cupra TCR racing car. Confusingly, unlike the Cupra Ateca, these will retain the Seat badge. The firm says removing it halfway through the model’s life would be cheating. Or something.

Of course, Leon Cupra Rs are nothing new. The latest model has been a sellout success, while the original, launched in 2002, was an infinitely more exciting hot hatch than its Golf GTI brother.

The Mk2 Leon Cupra R, launched in 2010, shared a 2.0-litre petrol engine with the Volkswagen Golf R and Audi S3 of the era. Thanks to an ECU remap, high-pressure fuel pump and revised exhaust system, it produced 25hp more than the Cupra (265hp in total), resulting in a 6.2-second 0-62mph time. 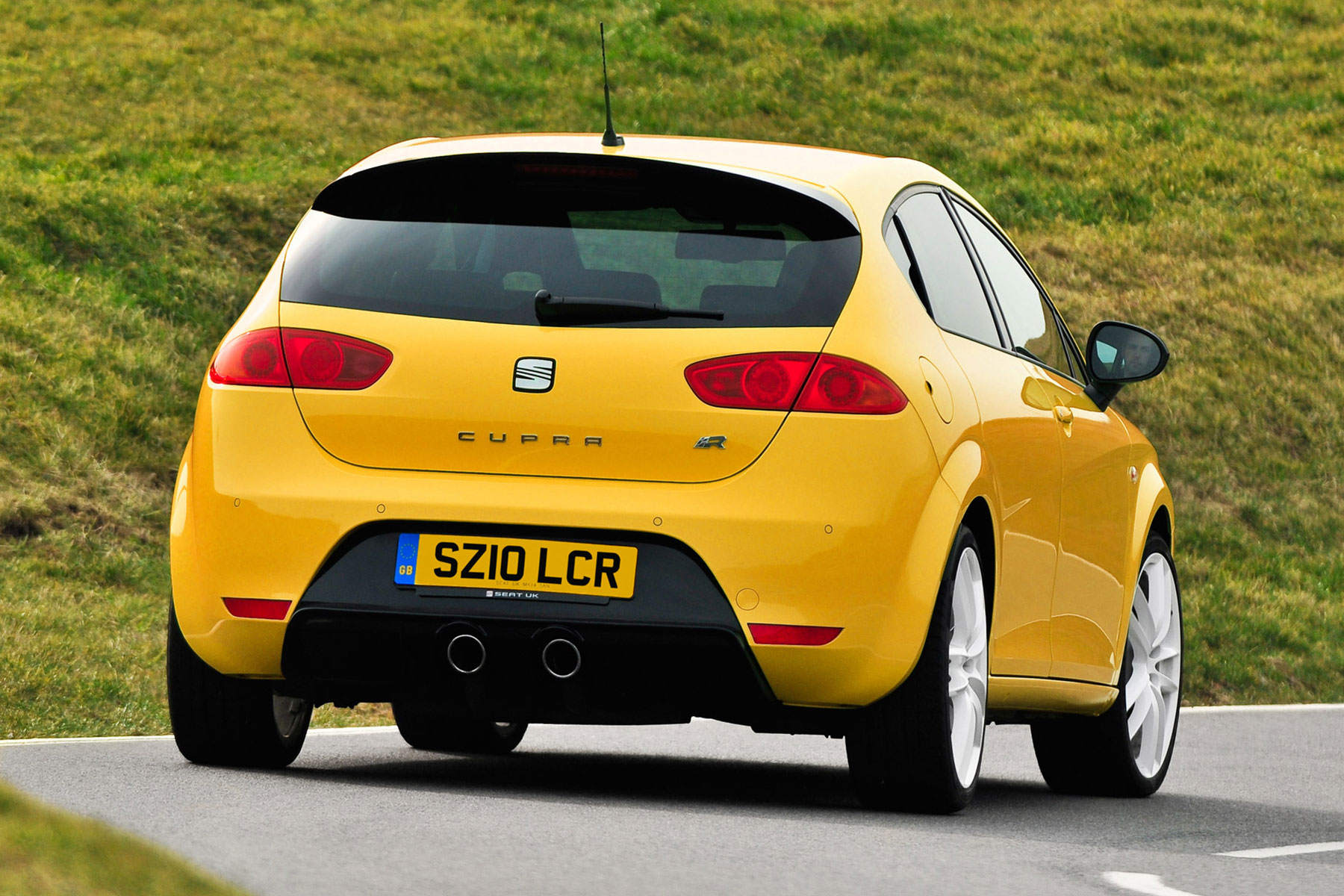 Scrabbly. With all that power going through the front wheels, electronics struggle to stave off old-fashioned torque steer if you’re indelicate with the throttle. While this is obviously amplified in the wet, it’s not scary – just be smooth with your inputs and the Cupra reacts well. Take a ham-fisted approach, though, and be prepared to gently lift off when you detect a hint of scurrying through the wheel.

It’s no Mk1 Focus RS – fortunately – and the electronics do a good job of mimicking a proper limited-slip diff on British B-roads. Tuck it into a bend, accelerate and power quickly shifts between the front wheels and drags you out the other side. The steering lacks a degree of feel and is on the light side, but it’s communicative enough to tell when less is more.

Even by today’s hot hatch standards, the Mk2 Cupra R’s ride is easily unsettled. Around a third firmer than the Cupra, it translates every minor lump and bump into the cabin. The plus side of that is, despite its almost ‘MPV’ appearance, there’s little in the way of lean detected in the cabin when driving enthusiastically. And it feels quick – not just in the bends, but also in a straight line. Even in an era of 300hp-plus hot hatches, the 265hp Cupra R from just a few years ago still feels plenty thrilling. 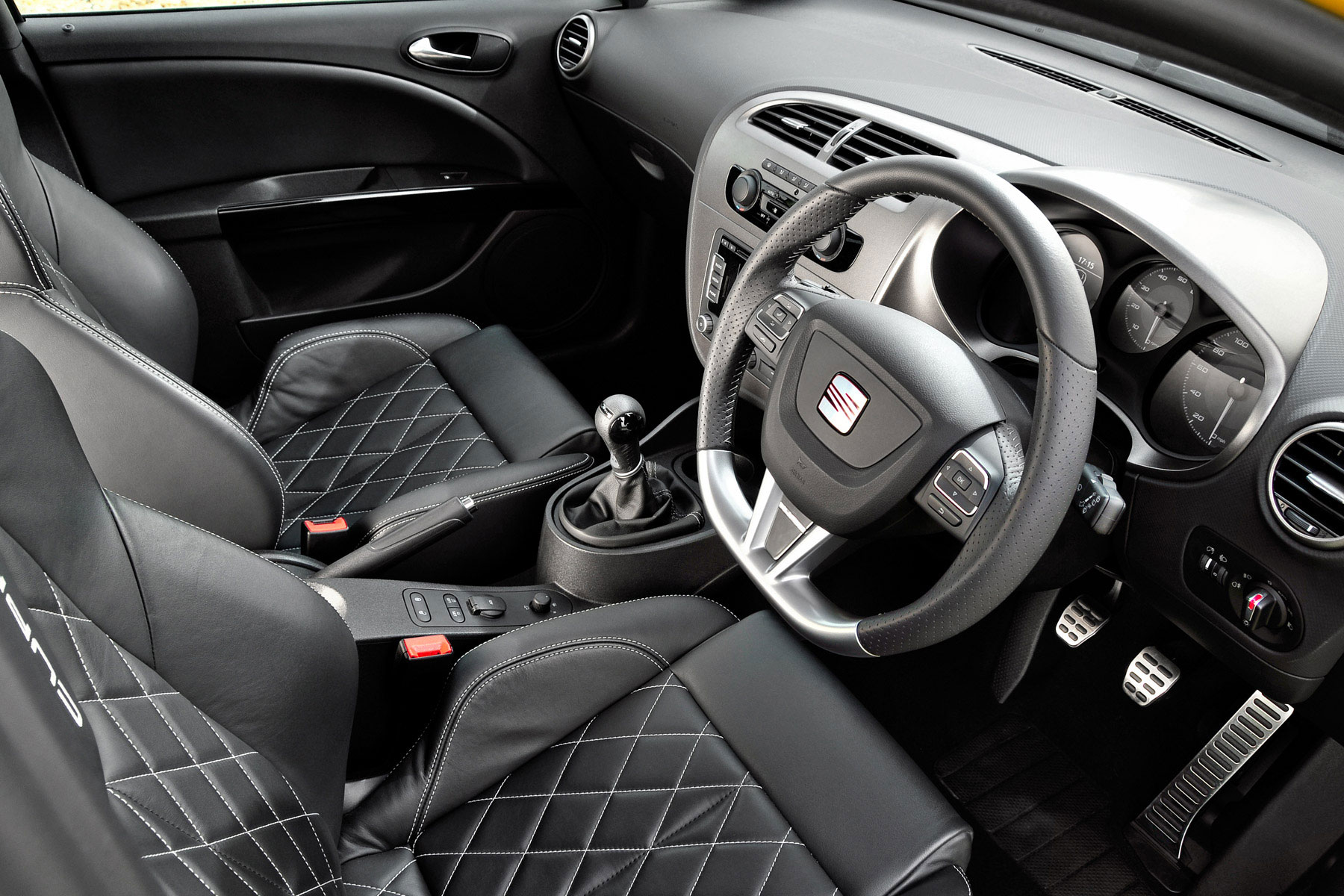 Production ended just six years ago, so finding a good Cupra R of this generation shouldn’t be too difficult a challenge. They didn’t sell in huge numbers, though, so be prepared to travel for the right one. An Auto Trader search reveals prices start at around £10,000 for an early one being sold privately, increasing to £13,000 for tidy examples being sold by dealers.

Don’t take it as read that just because it’s a modern VW Group product it’ll be in good order, however. The very nature of the Cupra R means it could have led a hard life, so we’d insist on a detailed service record and, ideally, a chat with the previous owner. Buying privately gives you the benefit of finding out how it’s been used. Has it been lapping track days or spent its life on the motorway?

Four matching premium-brand tyres with plenty of tread is a good sign. While you’re there, inspect the wheels for signs of kerbing.

In the era that followed the FN2 Honda Civic Type-R and five-pot Ford Focus ST, hot hatches like the Leon Cupra R became increasingly capable while struggling to retain the magic of their predecessors.

At the time, many people complained that it was too discreet, but it did represent good value for money alongside the Golf GTI. Today, it makes for an interesting used buy that still looks and feels relatively modern, and shouldn’t cost a fortune to maintain. With prices dropping towards £10,000, it almost looks like a bargain.

Our man enjoyed a special date with a Reliant three-wheeler
Read more
Previous articleRevealed: the UK’s rustiest cars and where to find them
Next articleSupra heroes: the story of the Toyota Supra

As the Classic Car and Restoration Show kicks off, we search the show for our favourite barn finds
Read more