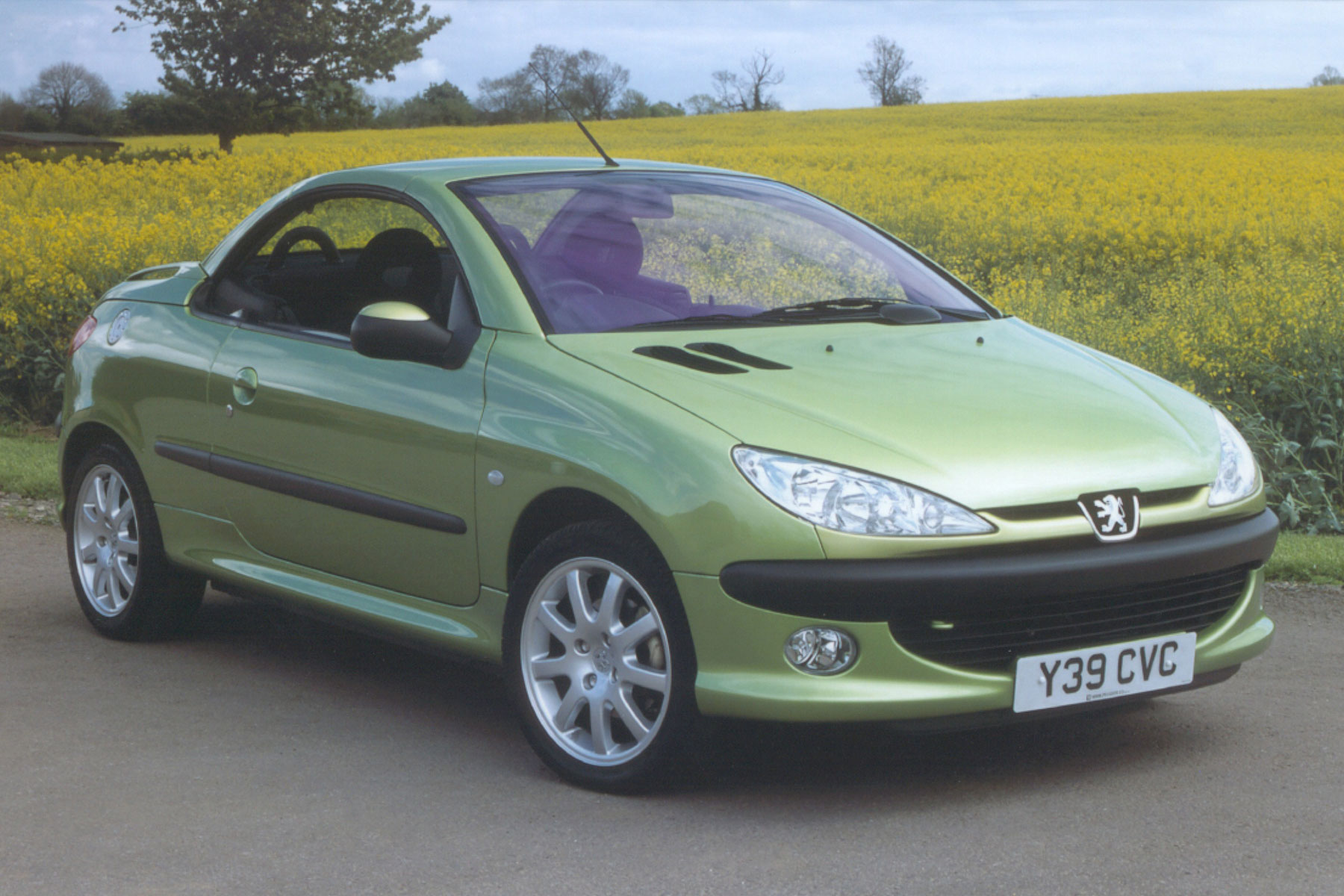 What indeed? Coupe or cabriolet? Peugeot would like us to think it is both types of car rolled into one, and with good reason. In the winter the 206 CC has a steel roof which closes the car off to elements just like any normal coupe. You’d be hard pushed to know the car had a split personality. For summer use, the steel roof folds away at the press of a button into the boot, giving all the benefits of a full convertible. Otherwise this is very much a Peugeot 206 as we already know it, hugely popular in hatchback form with private buyers in the UK.

The 2.0-litre CC sits at the very top of the 206 range with a price of over £16,000, although there’s a less well-equipped 1.6-litre model for £1,500 less. Competitors are more difficult to pin-point. A Mazda MX-5 or MG TF can be bought for the same sort of money, but these are proper sports cars, which the 206 CC certainly isn’t. The fact that the Peugeot has, on paper at least, four seats, pits it against cars like the Golf and Astra Cabriolet, both roomier, more expensive and without the Peugeot’s steel roof. As a style statement, which the CC surely is, Suzuki’s GV convertible is also in the running.

The 206 CC is strictly second or third car territory, that is unless you rarely need to carry around more than one passenger. It’s small, compact and easy to drive, and with the 2.0-litre engine makes a pretty good long-distance car. For smaller driver’s its comfortable and the ease of the roof operation is unsurpassed. The design mimics that on the Mercedes SL and SLK, so if you enjoy the odd party trick, opening and closing the roof can still gather quite a bit of attention. But despite the sexy looks, the 206 isn’t the greatest car in the world to drive.

The major selling point for the CC is that roof. The security offered by a metal instead of a fabric top is great for those who worry about driving alone in the city and or leaving a traditional convertible parked outside overnight. The majority of other sub-£20,000 convertibles, too, require the driver to get out of the car to open and close the roof – there’s no minimising the convenience of electric operation. Being 206 based, the CC is simple to glide into city parking spaces.

The 206 CC is not without its flaws, some significant. Like all 206s, the space for drivers with big feet is tight in the footwell, and they will find their shoes catching on the underside of the dashboard. It’s no sports car either. Despite the 2.0-litre engine, the emphasis is more on comfort, though only for those in the front. The rear seats are laughable, virtually no legroom and achingly upright. At best they might work for a baby seat, but check first. Finally the clever roof, just like those on the Mercedes, halves the boot space when folded away, so you need to plan holidays carefully.

Unlike an MX-5 or MG TF, the little Peugeot has height on its side. The driver has a much more commanding view of the road and parking is easier. As two-seaters go, there’s not much offers this degree of practicality – even the rear seats have their use as a place for extra luggage. Economy of the 2.0-litre is reasonable at 35mpg, but the 1.6 manages 40mpg with very low CO2 emissions. There are hundreds of Peugeot dealers over the UK, and we hope you don’t need them. The complicated electric roof system has not been as reliable as it should be – Peugeot say it is driver error but that’s not always the case.

If the steel roof, coupe/cabriolet virtues of the 206 CC appeal to you, there really is no other option at the moment. It’s a very strong selling point even though the dumpy appearance of the CC with the roof up has lost much of the visual appeal of the hatchback. It’s expensive, certainly, but the CC is holding its value very well which can partly justify the additional outlay. Cars like this are as much about style as anything, so we would seriously consider the new Ford Streetka and Smart Roadster as fun-car alternatives appearing in 2003.

Revealed: the UK’s rustiest cars and where to find them

It's up for auction this weekend. Will it make more than the £5,000 Hammond paid?
Read more
News

As the Classic Car and Restoration Show kicks off, we search the show for our favourite barn finds
Read more
Features

A short history of the Ford Escort in the UK, from its birth in 1968 until its death at the turn of the millennium
Read more