The car I’m driving looks a million dollars, literally. At today’s exchange rate, that equates to £766,495: about what you’d pay for a perfect 911 Carrera 2.7 RS. Yet though it resembles the most iconic Porsche of all, this is actually a relatively common SC. At £44,950, it’s five percent of the price for 90 percent of the fun.

Porsche’s 911 has been the benchmark sports car for nearly six decades. Anoraks, though, will tell you it peaked in 1973. After its Le Mans-winning 917 was outlawed, Porsche needed a sequel. That car was the Carrera 2.7 RS: a homologation special designed to meet Group Four race and rally rules.

The first road-going 911 to wear the RS (Rennsport) badge, it’s the godfather of today’s revered GT3 and GT2 models.

A question of Rennsport 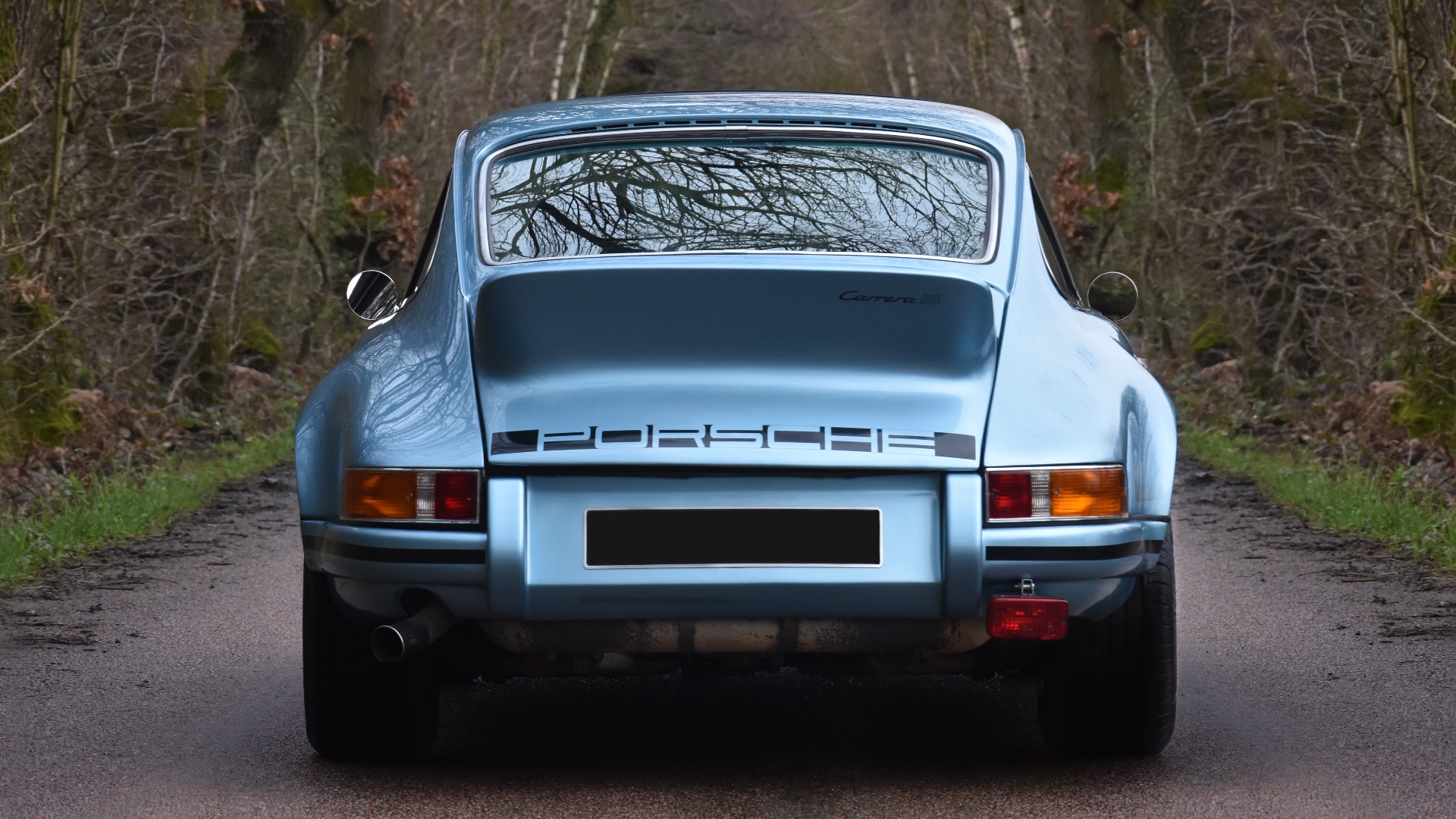 The RS was based on the flagship 2.4-litre 911S, its air-cooled engine bored out to 2,681cc. It also underwent a crash diet, including thinner body panels, lighter glass and no rear seats. Even the Porsche crest on the bonnet was a sticker to save a few grams.

I was lucky enough to drive a 2.7 RS several years ago: bucket-list stuff for any petrolhead. I vividly remember how every input felt richly organic and the car fizzed with mechanical energy. Only its near-seven-figure value tempered my enthusiasm.

RS prices have rocketed 1,000 percent since 2004, making it one of the fastest appreciating cars this century. That’s great news if you own one, less so if you aspire to.

Back to the future 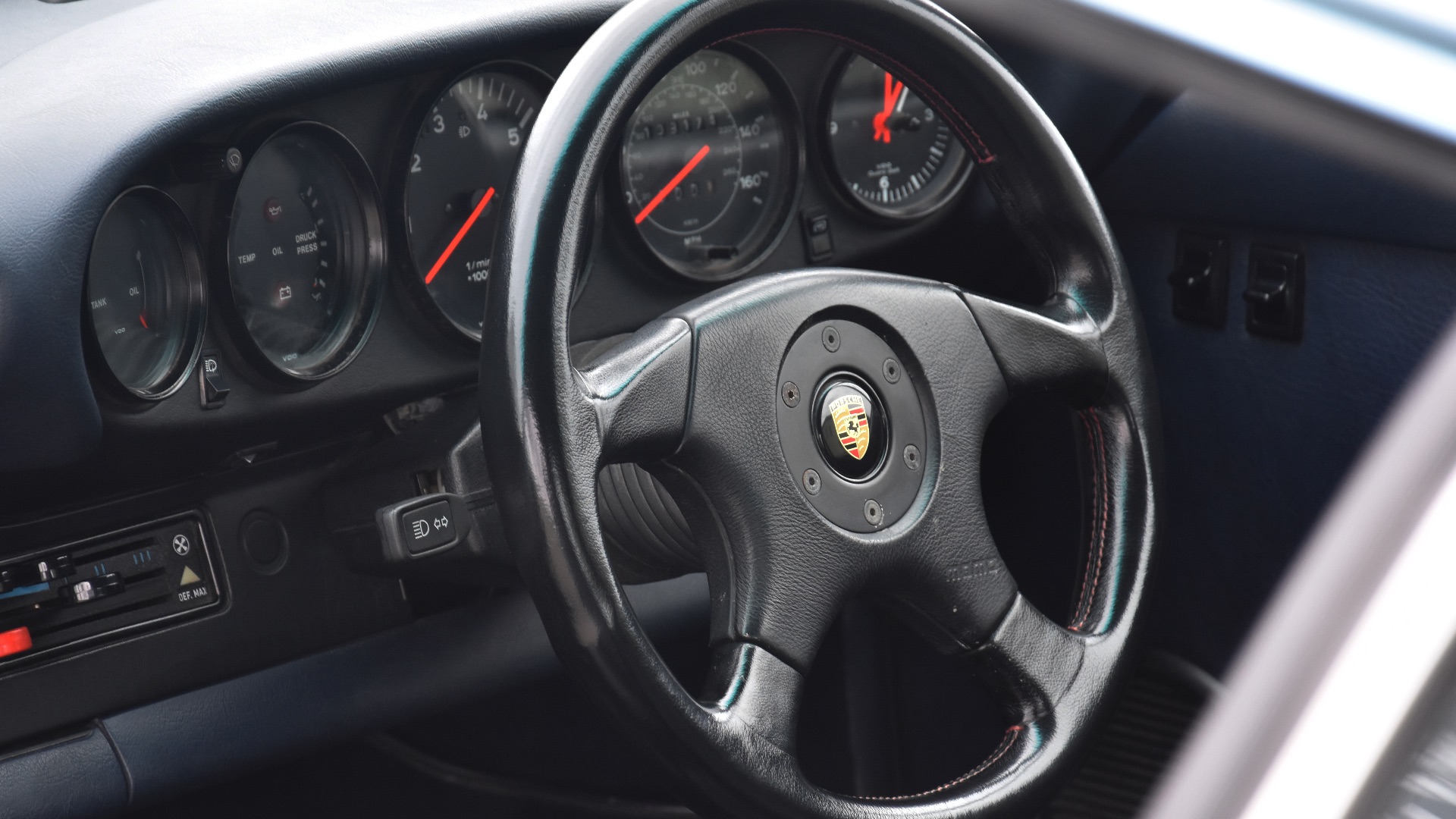 ‘Backdated’ cars have filled the vacuum. Typically, these are SC, Carrera 3.2 or 964 models produced between the late 1970s and early 1990s. Their bulky bumpers are binned, black trim is swapped for chrome and the signature RS flourishes are applied: colour-coded Fuchs wheels, ‘Carrera’ sill script and a ducktail rear spoiler. Purists may tut in disapproval, but the result is a Porsche that oozes retro cool.

This 1980 SC was backdated in 2013, using fibreglass bumpers and body panels. Its 207hp 3.0-litre engine and ‘cookie cutter’ alloys are unaltered, while its cabin boasts several niceties missing from the RS – including electric windows and a radio. But settle into the ‘tombstone’ seat and you couldn’t be anywhere but an air-cooled 911.

The upright windscreen, offset pedals and baffling heater controls are traits that transcend any hierarchy of performance or price.

Early 911s are defiantly unconventional to drive, too. You steer with your fingertips and coax the spindly gearlever gently across the gate. You’re acutely conscious of weight transfer, sensing the back end squat under acceleration and pendulum effect of the rear-mounted engine as you turn.

You relish the car’s modest footprint and make allowances for its modest brakes. And you drink in the flat-six soundtrack, which swells from busy bluster to piercing yowl.

The sincerest form of flattery 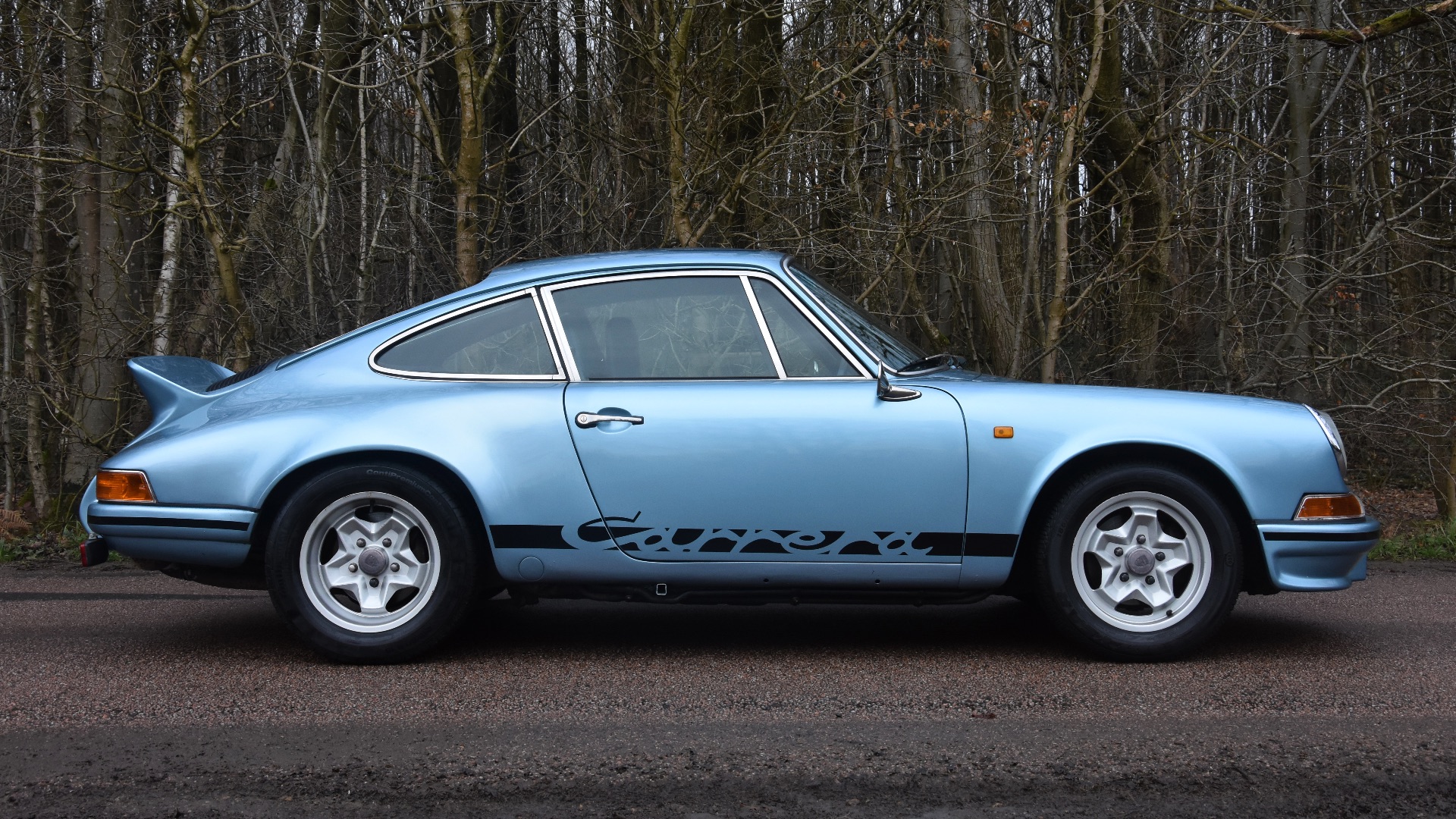 The SC is brimful of feedback and classic character: a car that rewards on every kind of road. It’s also arguably more fun than the RS it imitates in the real world.

Granted, it doesn’t feel so textured or up-on-its-toes as the Rennsport – very few cars do, frankly – but you can drive it without fear of obliterating your investment portfolio. For many, the fact it looks the part only heightens the feelgood factor.

The recent lockdown reinforced just how precious our freedom to drive is, and to enjoy it while we can. So don’t wait for that lottery-win 2.7 RS: just buy a 911, backdated or otherwise, then get out and drive. You’ll find this one for sale at DM Historics in Kent.

Lust for Life: Iggy Pop’s Ferrari 308 GTS could be yours

The first car I ever crashed was a Lotus Esprit. Rounding a corner too quickly, it flipped onto its side, bounced between...
Read more
Reviews

Volvo 480: remembering the Euro wedge that wasn’t sensible or square

Marcello Gandini's 1970 Garmisch concept seemed to be lost forever. Until BMW decided to recreate it in 2019...
Read more