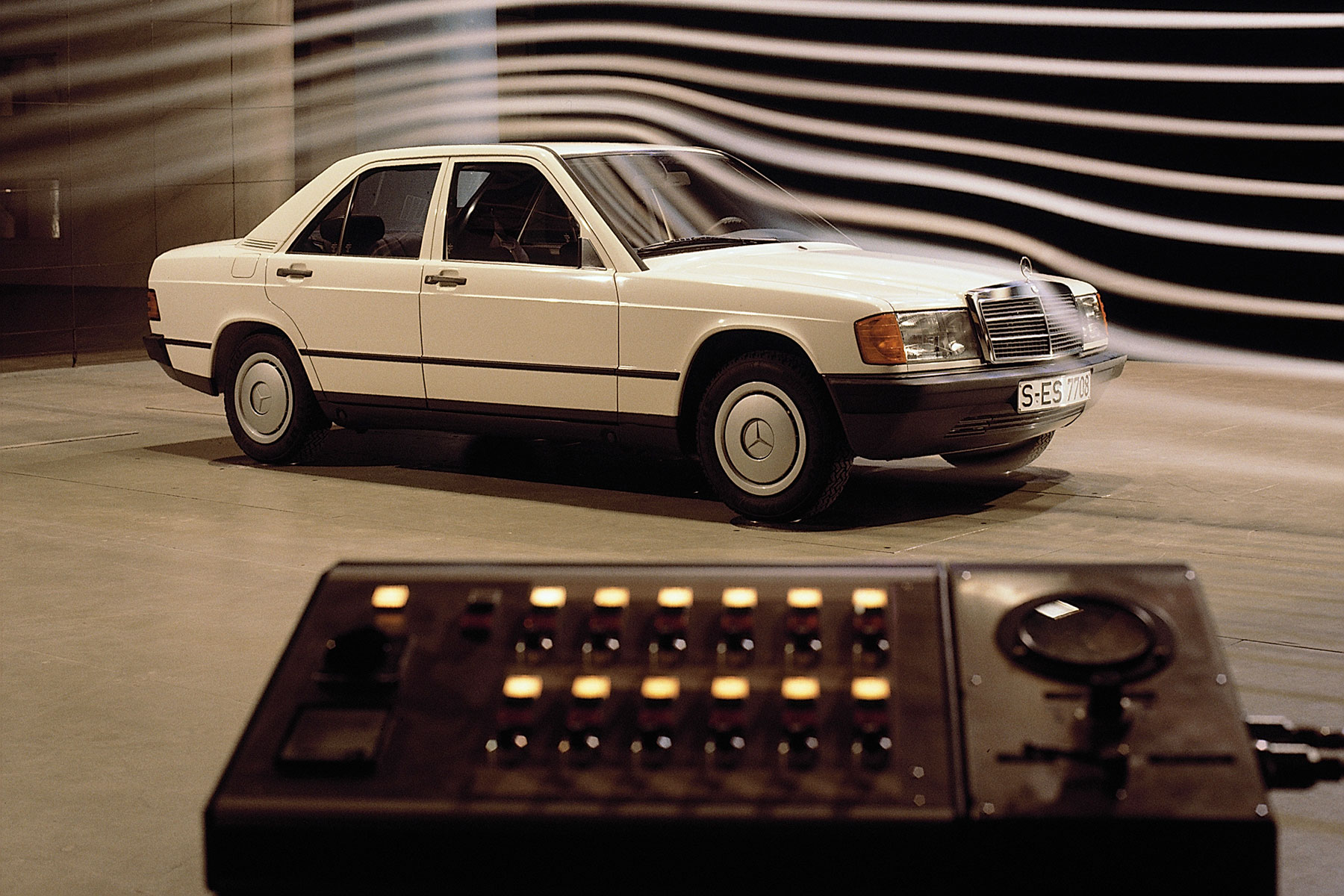 By the 1970s, Mercedes-Benz decided it needed a new entry-level model to take on the likes of the BMW 3 Series and Audi 80. But rather than rush its launch and produce a cut-price car, Mercedes is said to have spent more than £600 million developing its W201.

“It is clear… that is has to be a typical Mercedes-Benz,” said chief engineer Prof. Dr Hans Scherenberg in January 1974. It had to have the same refinement and safety as bigger models. The firm later said that the W201 was to “consciously break away from the other vehicles of the medium-size category due to the qualities by customers under the brand symbol with regard to quality, safety and refinement.”

The car eventually went on sale in December 1982, with early models built in Sindelfingen before production commenced in Bremen, where the 190’s C-Class successor is still built today.

That huge development budget, along with the high standards set for the 190, led to Mercedes marketing its baby-Benz as ‘overengineered’. Initially, the only engine choice was a 2.0-litre four-cylinder petrol unit, producing 90hp in standard carburettor form (badged the 190) or 122hp with petrol injection (badged the 190E).

Highlights from the W201’s 11-year lifespan include the so-called ‘whisper diesel’ 190D (the first passenger car with engine soundproofing) and, of course, the desirable six-cylinder 2.6-litre 190E. 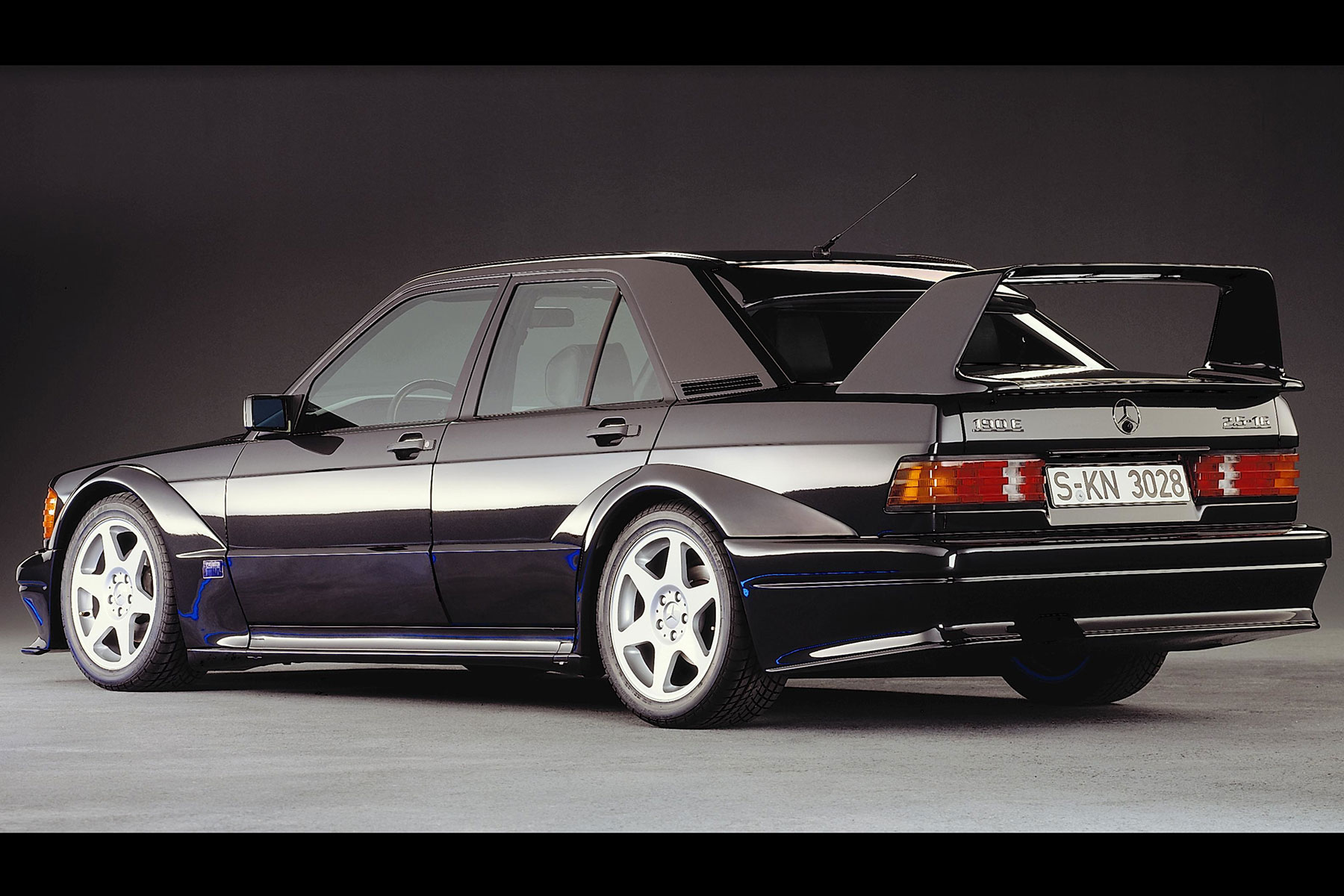 It was also utilised for the opening of the new Nurburgring in May 1984. Some 20 racing drivers inaugurated the new circuit with a race in 2.3-16s. The winner was a relatively unknown driver at the time: a Brazilian called Ayrton Senna.

The 190E 2.3-16 became the 2.5-16 Evo II, which formed the basis for a highly successful touring car racer, which competed in the German Touring Car Championship (DTM) from 1990.

Thirty five years later, and the W201 is one of the best modern classics you can buy. Prices are firming up, so at the lower end of the market you’re bound to find a few ropey examples. Spend more than a couple of grand and you’ll discover some cared-for models that have stood the test of time very well, though.

To drive, you’d be surprised that the 190 was launched 35 years ago. It feels relatively modern, only smoother-riding and arguably more refined than many modern junior-execs. In true Mercedes tradition, the manual gear change isn’t much cop. But this isn’t a car that likes to be rushed, so you’d be better off buying an automatic anyway.

BMW 8 Series: the story of the soft-focus supercar

The BMW 8 Series is 30 years old in 2020. We look back at three decades of this glamorous super-GT
Read more
Features

The Ford Escort story: how Britain’s best-seller blew it

Launched in 1968, the Ford Escort consistently topped the UK car sales chart for 42 years. We chart the highs and lows of a popular hero.
Read more
Previous articleAmazing barn-find Porsche 901 pre-dates the 911
Next articleCaterham 21: has the sports car flop now come of age?

As the Range Rover SV Coupe is teased, we head back to 2004 and the reveal of the Range Stormer
Read more