Just as the Model T democratised the motor car, so fast Fords such as the Cortina Lotus, Escort RS Turbo and Fiesta ST brought power to the people. No wonder these cars attract a cult following. I’ve picked 20 of the Blue Oval’s greatest hits. Disagree? Let me know in the comments or on social media (@timpitt100 on Twitter and Instagram). 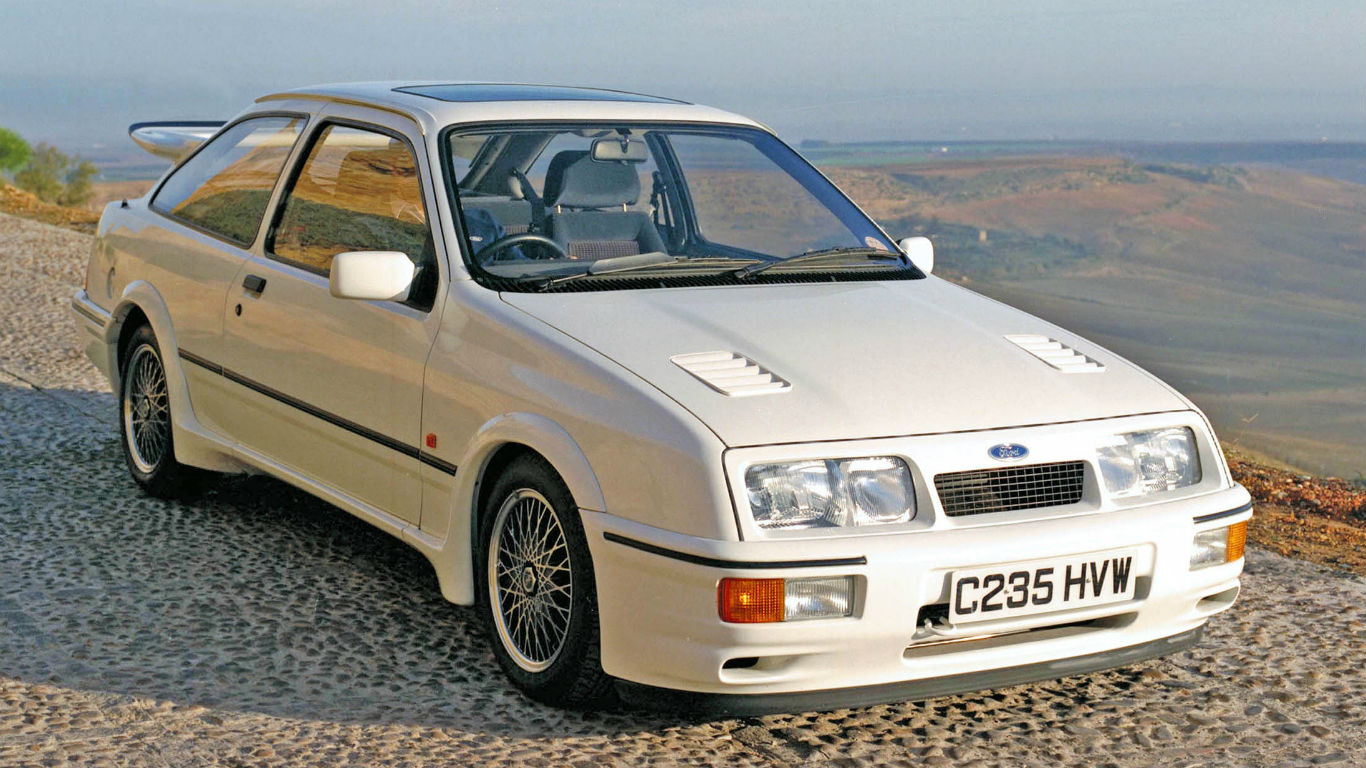 The Sierra RS Cosworth has grown old disgracefully. And we mean that as a compliment. Its huge rear wing helped make it an icon for the Max Power generation.

In fact, the ‘Cossie’ was bred for motorsport, winning the World Touring Car Championship in 1987. Its 207hp 2.0-litre turbocharged four-pot was boosted to 227hp in RS500 versions. 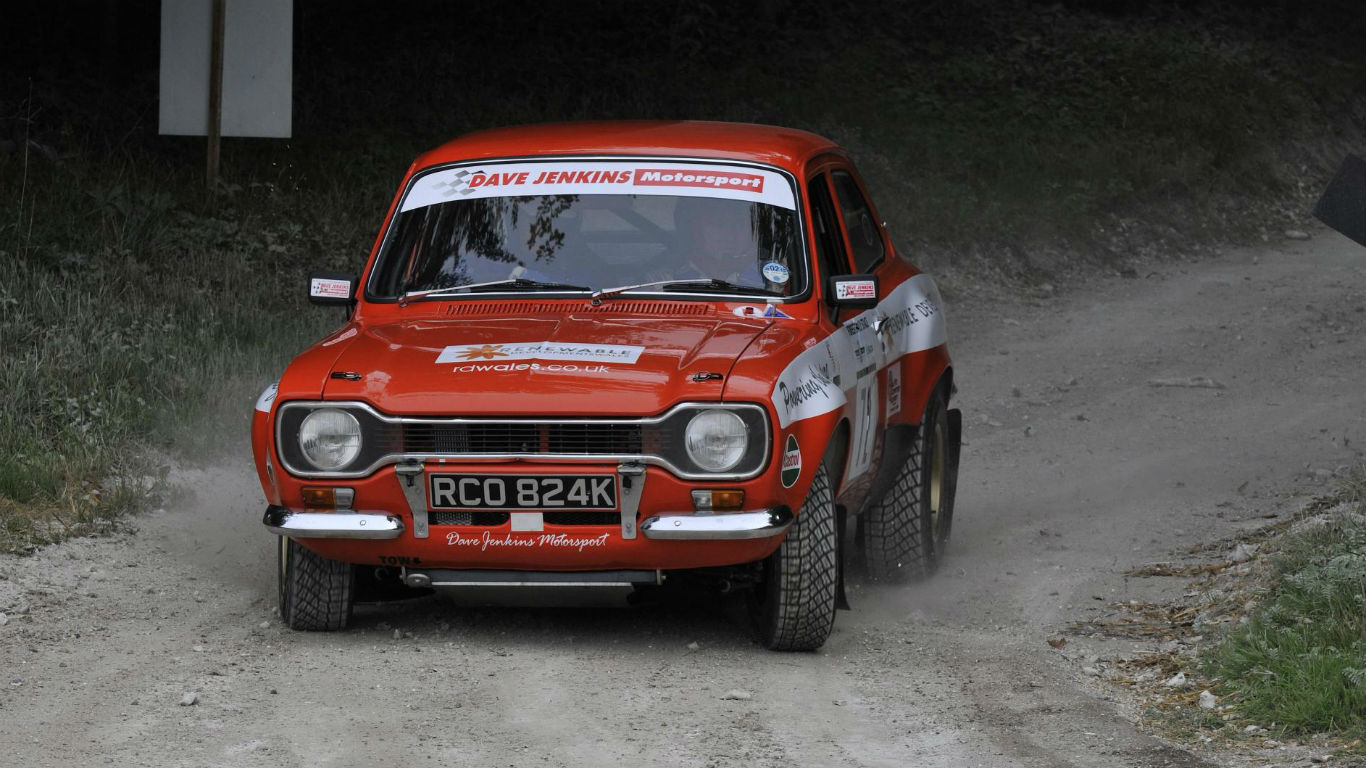 After the in-yer-face attitude of the Sierra, the 1970 Escort RS1600 looks pretty understated. But beneath under the bonnet and you’ll discover a 16-valve Cosworth-tuned engine.

The plain-Jane RS1600 also boasted stiffer sports suspension and a stronger, seam-welded body. It formed the basis for one of the most successful rally cars ever. 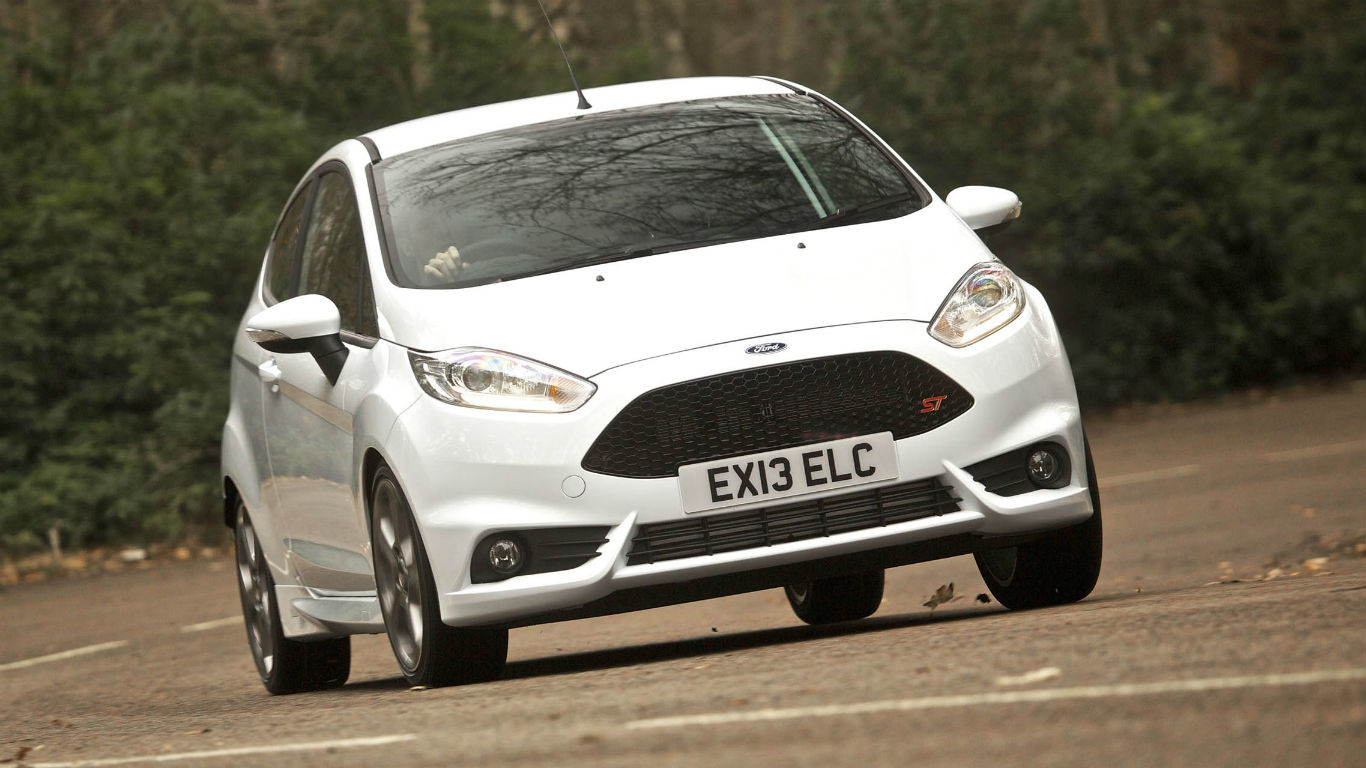 Fast-forward five decades and the Fiesta ST is proof that sporty Fords haven’t gone soft. This is the 2013 version, with a 182hp 1.6-litre engine good for 0-62mph in 6.9 seconds. That’s less than a second shy of the Sierra RS Cosworth.

Forget straight-line speed, though. It’s the way the Fiesta ST goes around corners that makes it a classic-in-waiting. Few sports cars offer so much fun on a twisty road. 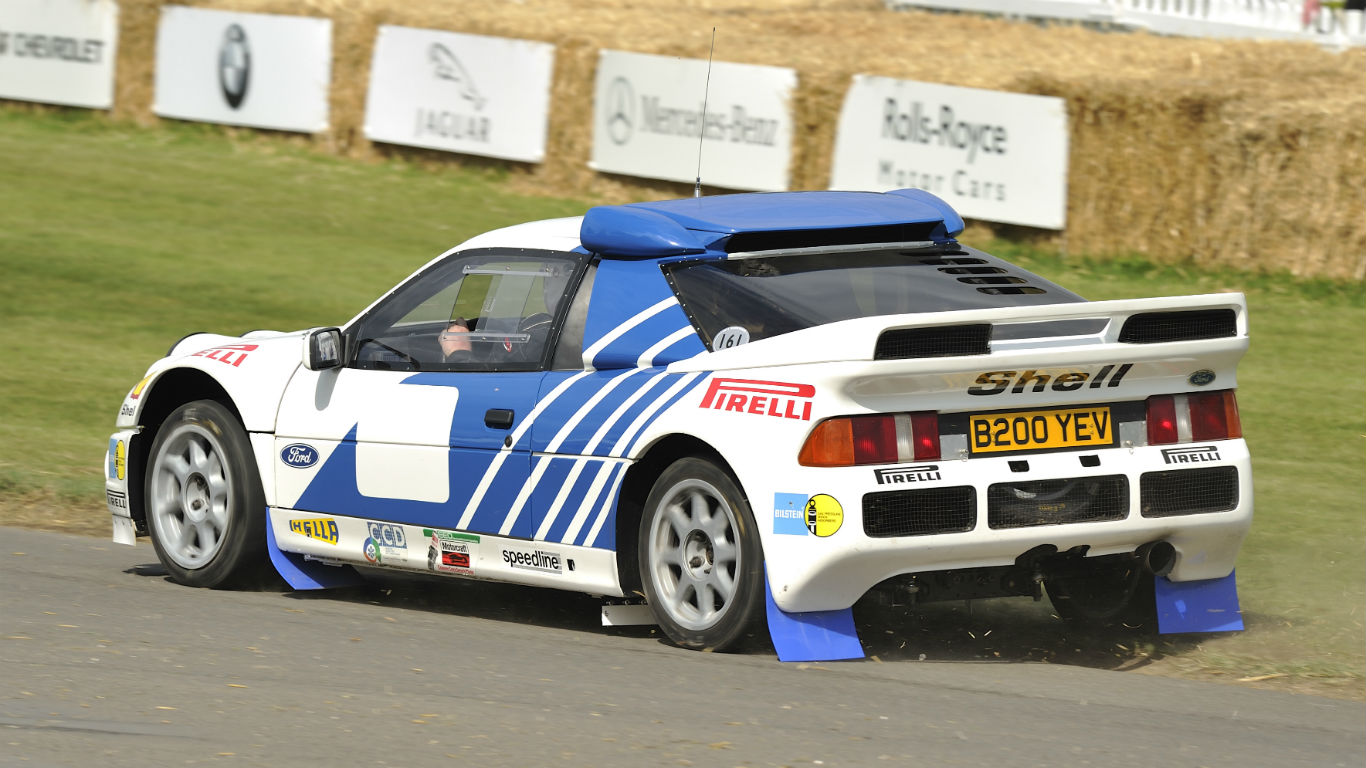 Ugly, explosively powerful and intimidating to drive, the RS200 is the automotive equivalent of a pit-bull terrier. Designed to meet Group B rally regulations, only 200 were made.

The RS200 never quite delivered on the rally stage, but a mid-mounted 1.8-litre turbo engine, lightweight fibreglass body and four-wheel drive make it fearsomely fast on the road. 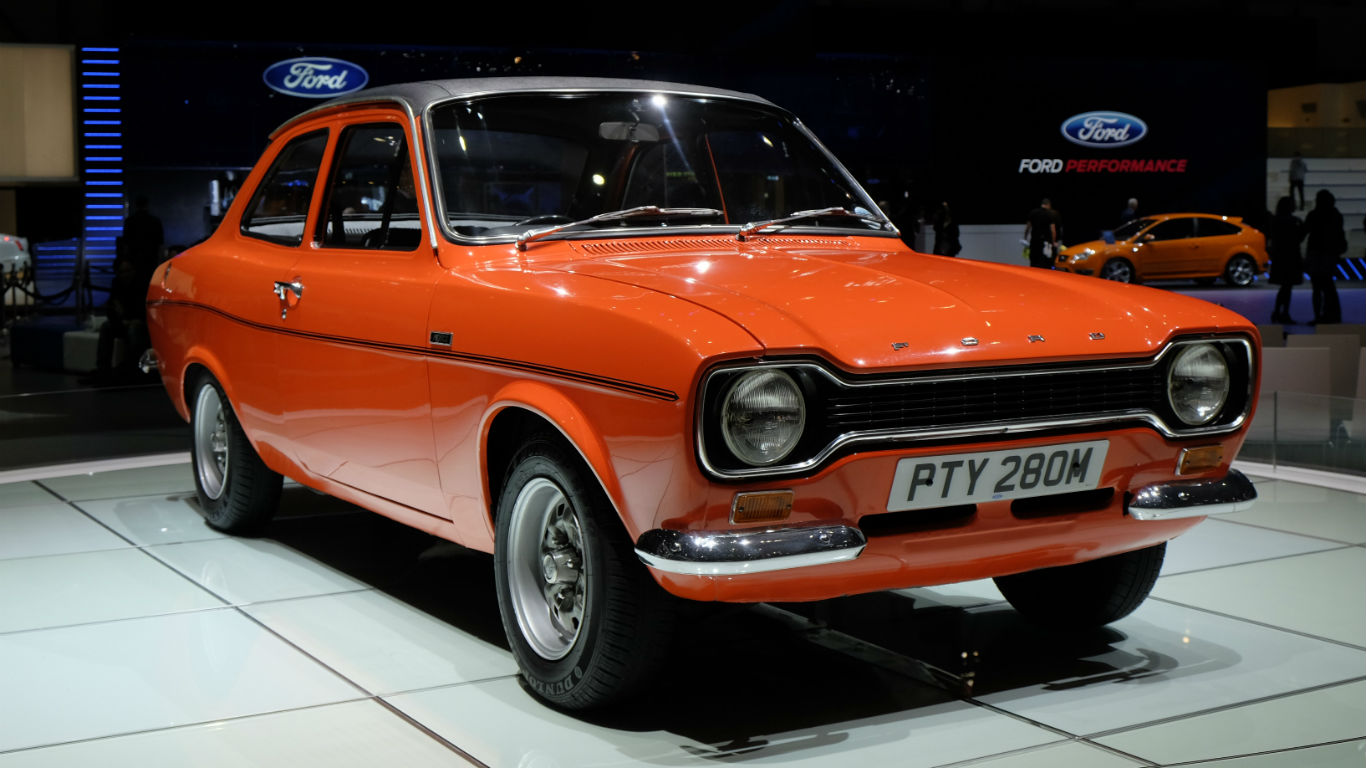 Ford wanted to capitalise on the Escort’s hard-fought win in the 1970 London-to-Mexico rally. Thus, the Escort Mexico was born, with wide wheels, sporty graphics and a perky 87hp engine.

Mexico owners across the land replicated rally-style cornering techniques on wet roundabouts. And Ford learned that an affordable performance car could bring in big profits. 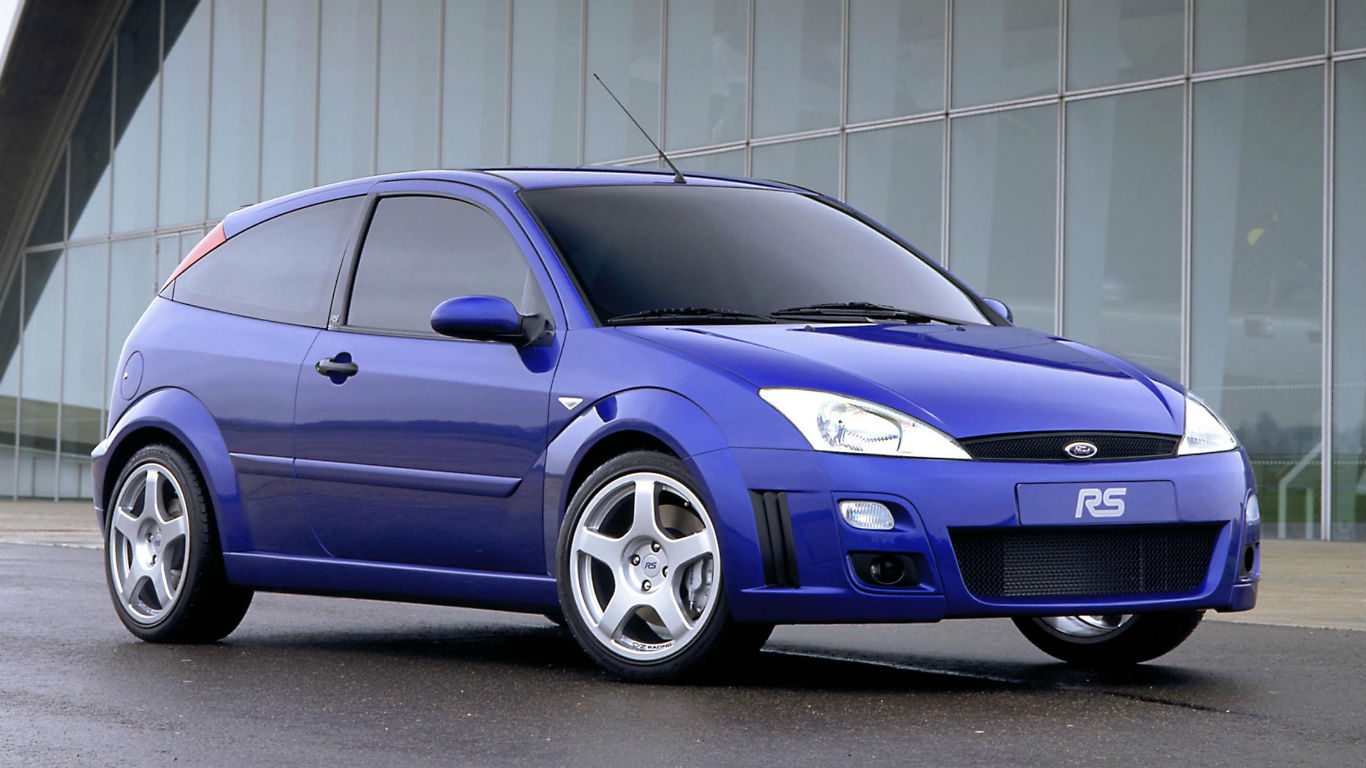 You could argue that imperfections are what give us character. And the original Focus RS isn’t lacking in either. This feisty 215hp hatchback makes you work for its rewards.

On the outside, gaping air intakes, 18-inch wheels and a rear wing shout about this Ford’s, er, fastness. Its interior is even less subtle, with racing-style bucket seats and blue trim. 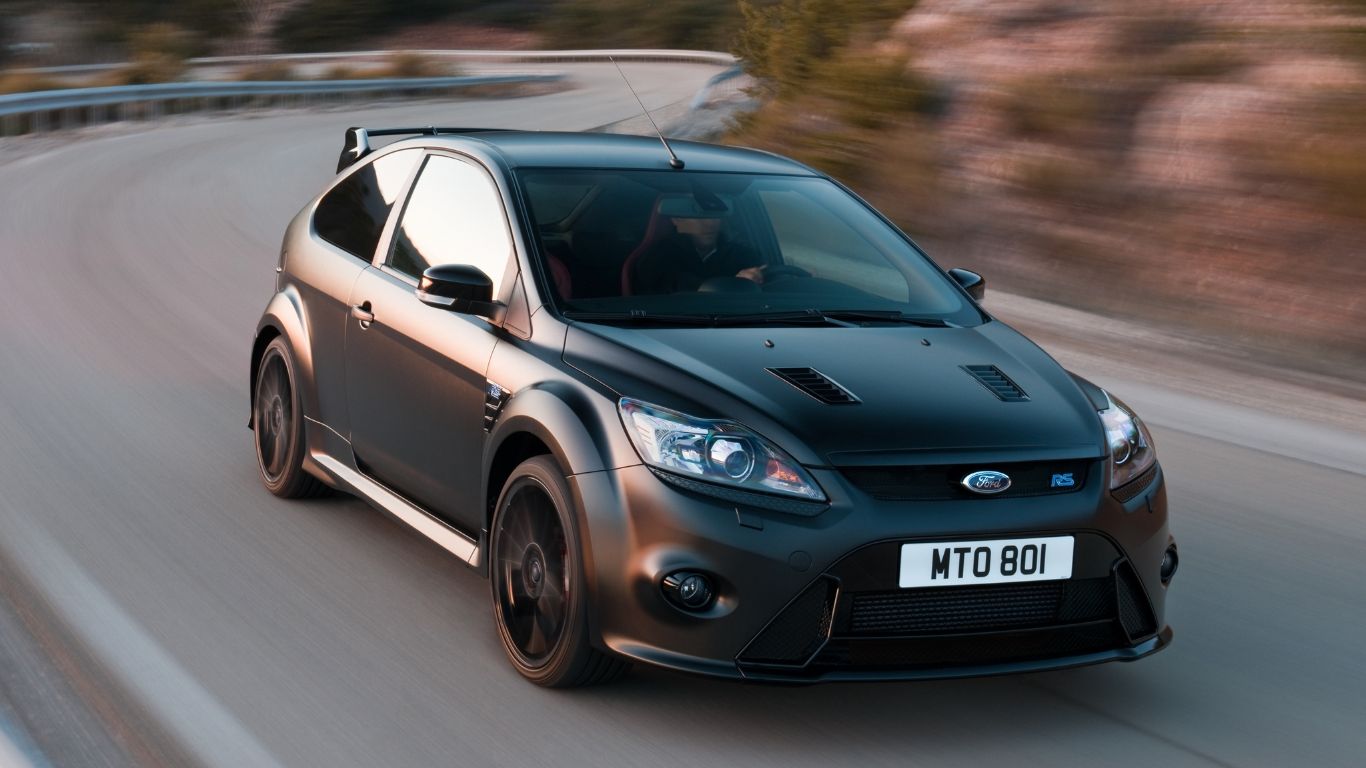 In contrast to Volkswagen’s subtle hot Golfs, the Mk2 Focus RS turned it up to 12 with bulging wheelarches, a Cossie-aping wing and optional fluorescent green paint. This is the run-out RS500 – one of 500 made.

Unlike the third-gen Focus RS, the Mk2 channelled all its horsepower (305hp in the standard car, 350hp in the RS500) through the front wheels. Even so, it’s more civilised to drive than the wayward Mk1 – yet still blisteringly fast. 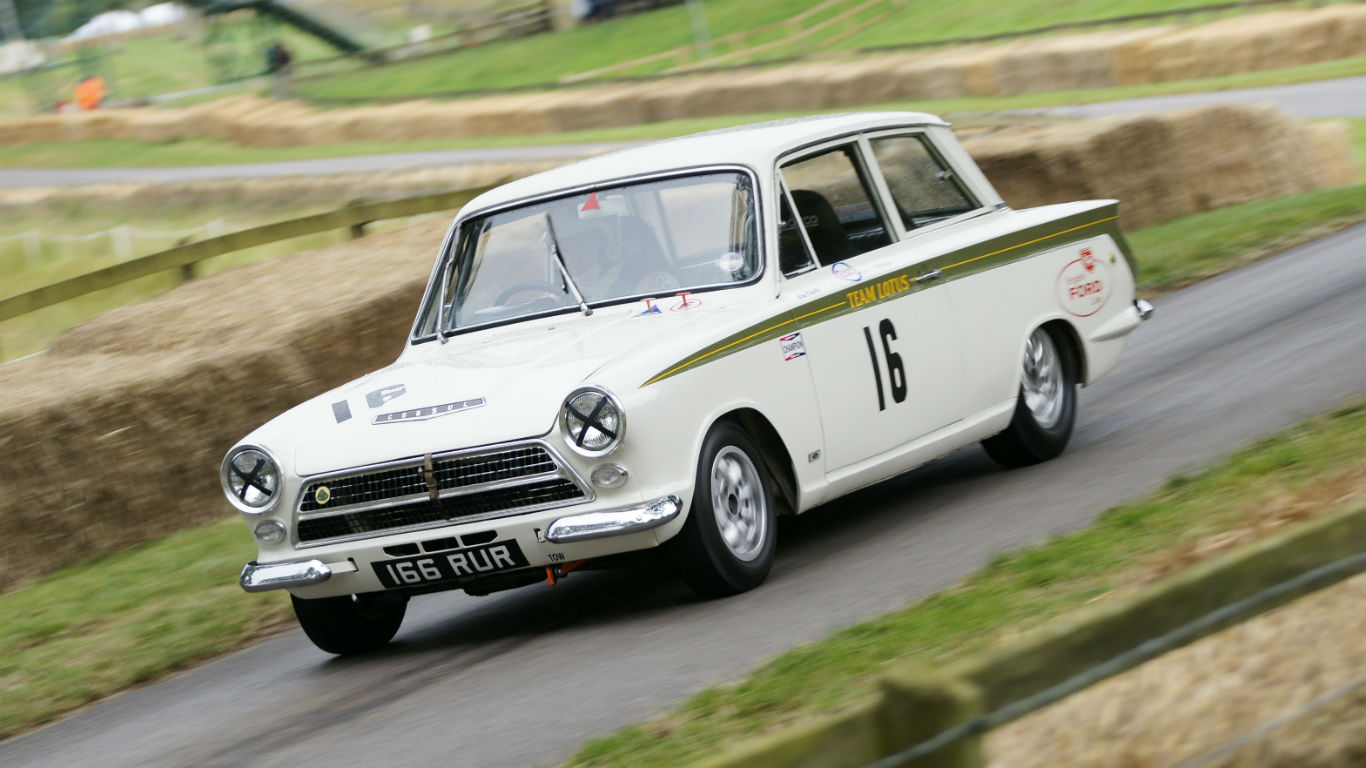 More commonly referred to as the ‘Lotus Cortina’, this sharp-suited three-door saloon was driven to victory in the 1964 British Touring Car Championship by Jim Clark. It won the European title the following year.

British sports car maker Lotus fitted its own 107hp 1.6 twin-cam engine to the Cortina, along with lightweight aluminium body panels. Most were painted white and green, as seen here. 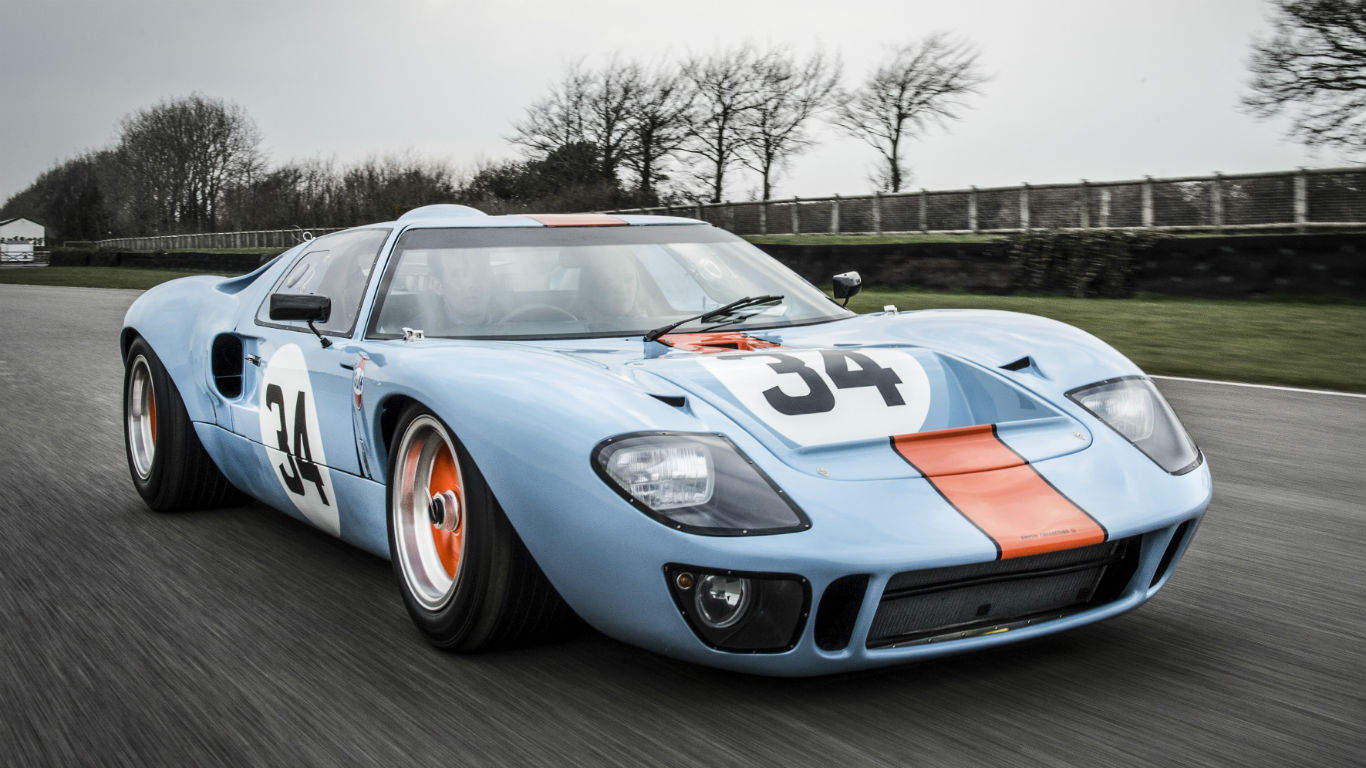 The Lamborghini Miura is widely considered to be the most beautiful car ever made. But the original Ford GT40 ran it pretty close – especially in iconic blue and orange Gulf livery.

The GT40 was built with one purpose in mind: defeating Ferrari on the racetrack. This photo is from the 1966 Le Mans 24-hour race, where the Fords finished first, second and third. Job done. 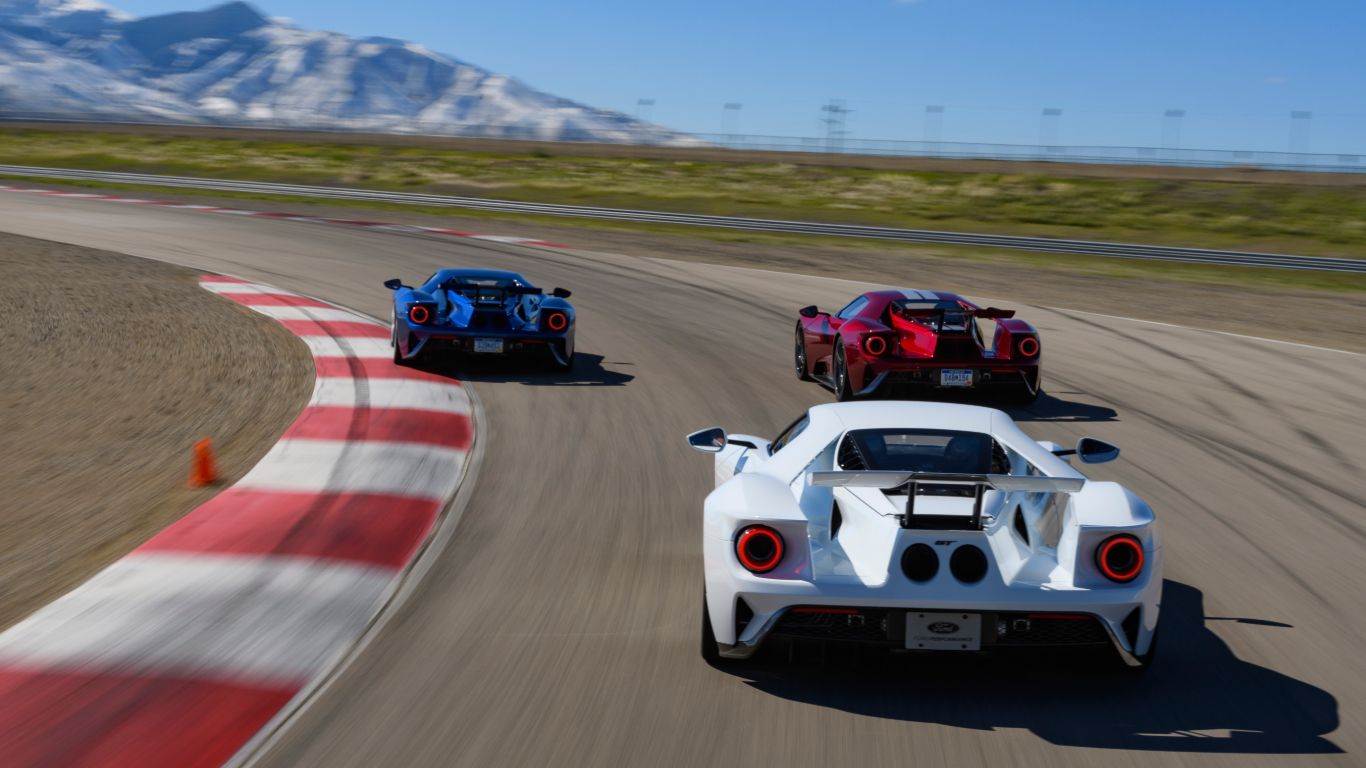 How do you follow one of the best looking cars ever made? With a car that looks very similar, of course. Ford has built two subsequent generations of GT. This is the latest model, which finished first at Le Mans in the LMGTE Pro class – exactly 50 years after Ford’s 1966 triumph.

Just as its ancestor frightened Ferrari on the racetrack, so the Ford GT scares established supercars on the road. With a 656hp twin-turbo V6, it hits 60mph in three seconds and won’t stop until 216mph. 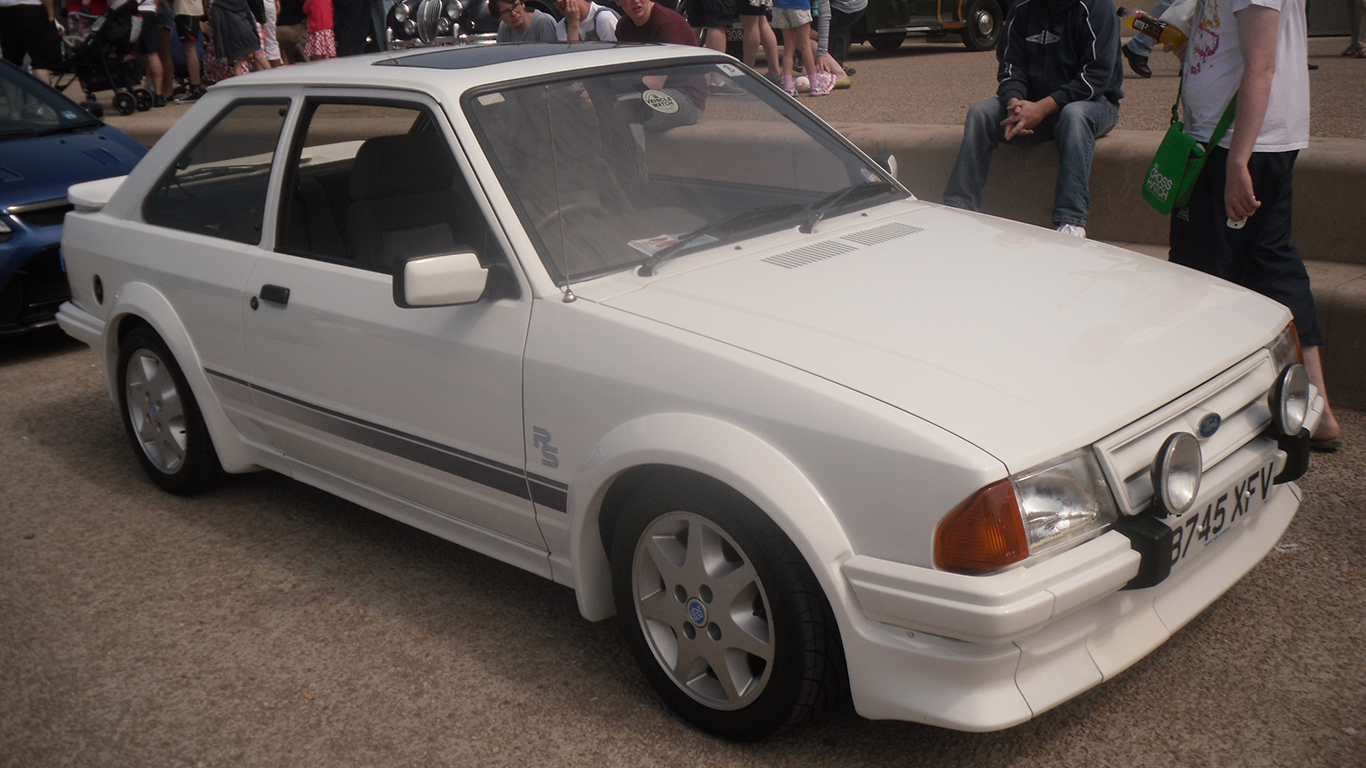 If you visited a McDonalds car park back in the 1990s, chances are you’ll have seen one of these. Fast and flash, the 134hp Escort RS Turbo ticked every box for budding boy racers.

The original Series One RS Turbo, seen here, was only available in white. Later Series Twos were sold in other colours. Both offer plenty of raucous, old-school charm. 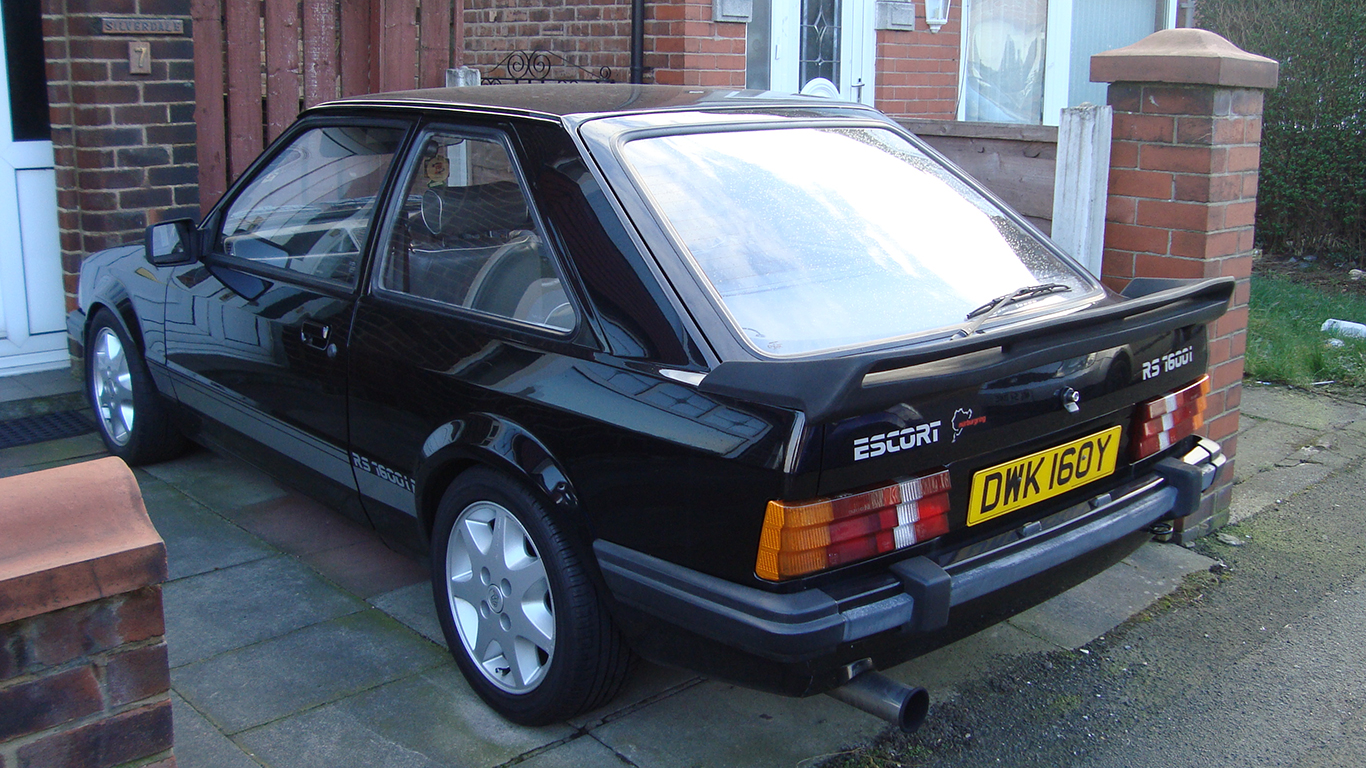 The 115hp RS 1600i isn’t as quick as the RS Turbo. But what it lacks in power, it makes up for in cool factor. Only 8,569 were made, and few survive, earning this Escort maximum points from Ford fanboys.

Like many of the greatest fast Fords, the RS 1600i was bred from motorsport. It had a close-ratio five-speed gearbox for rapid acceleration. The equivalent XR3i made do with four speeds. 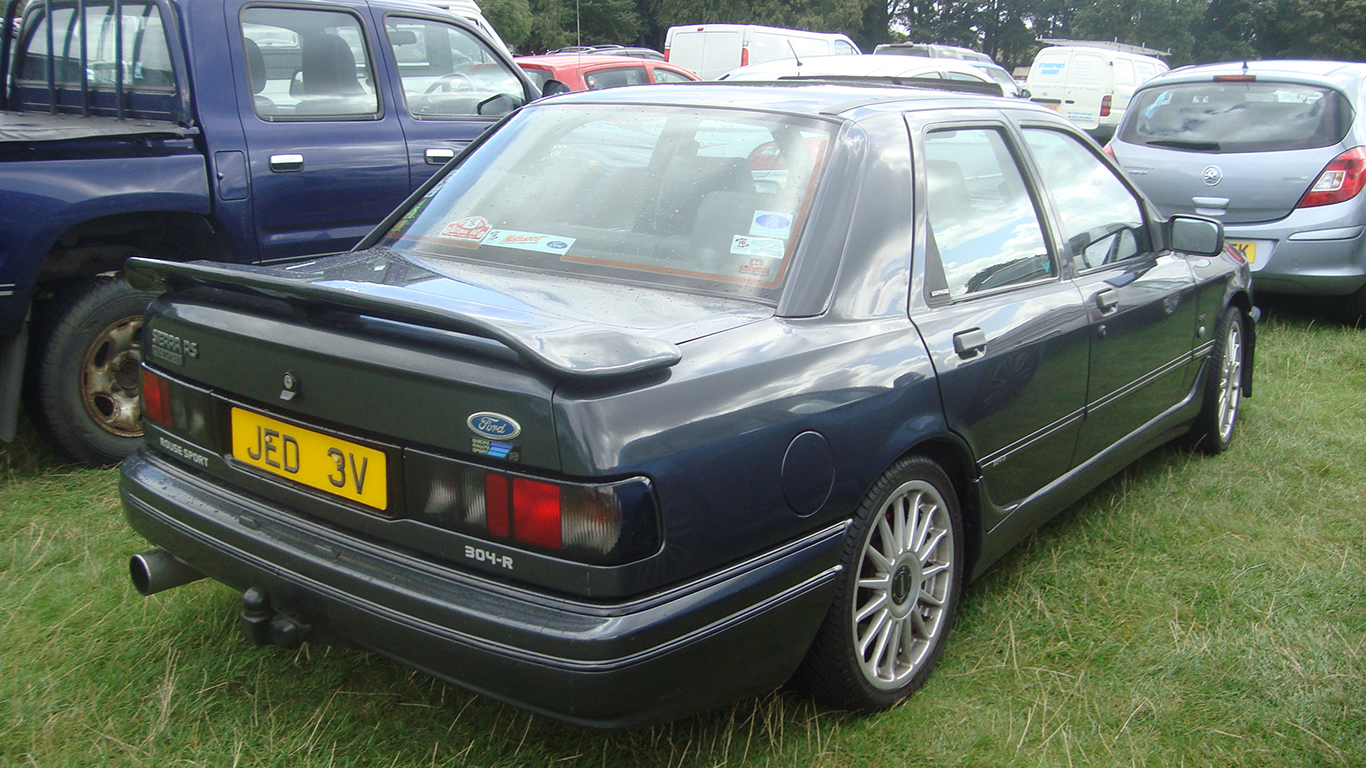 The Sierra Sapphire looks subtle by fast Ford standards and doesn’t have the cult status of its three-door cousin. That makes it more affordable to buy used, especially compared to BMW M3s and Mercedes-Benz 190s of the same era.

The Sapphire started life with 207hp in 1988, then got an upgrade to 223hp in 1990. At the same time, a four-wheel-drive version arrived. It set the template for the Subaru Impreza Turbos and Mitsubishi Evos that followed. 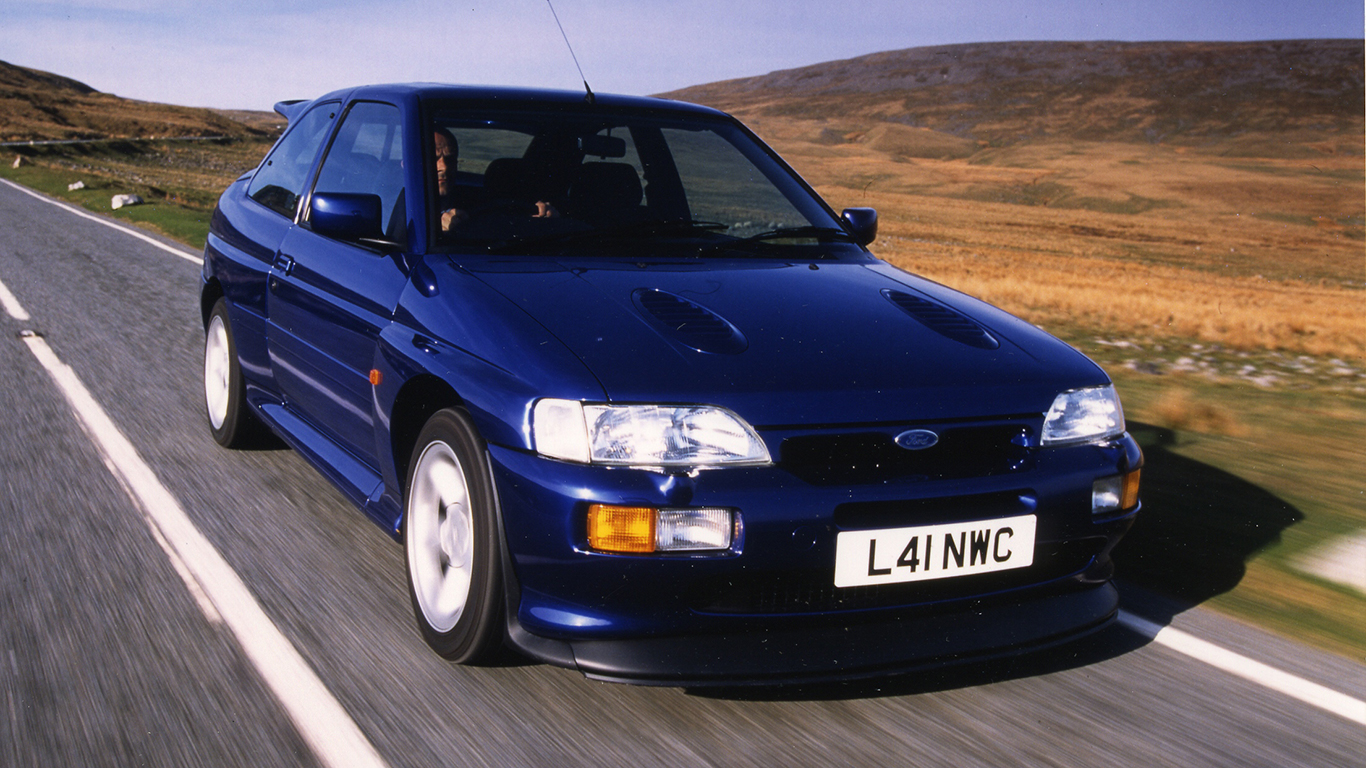 Nope, nothing low-key about this one. The ultimate Escort resurrected the Boeing-spec rear wing of the original Sierra Cosworth, along with muscular wheelarches and hungry bonnet vents. This car meant business.

Under the bonnet, the Cossie has a 230hp 2.0 turbocharged engine driving all four wheels. Get past the turbo lag and it’s a very quick car. Jeremy Clarkson spent his own money on one. 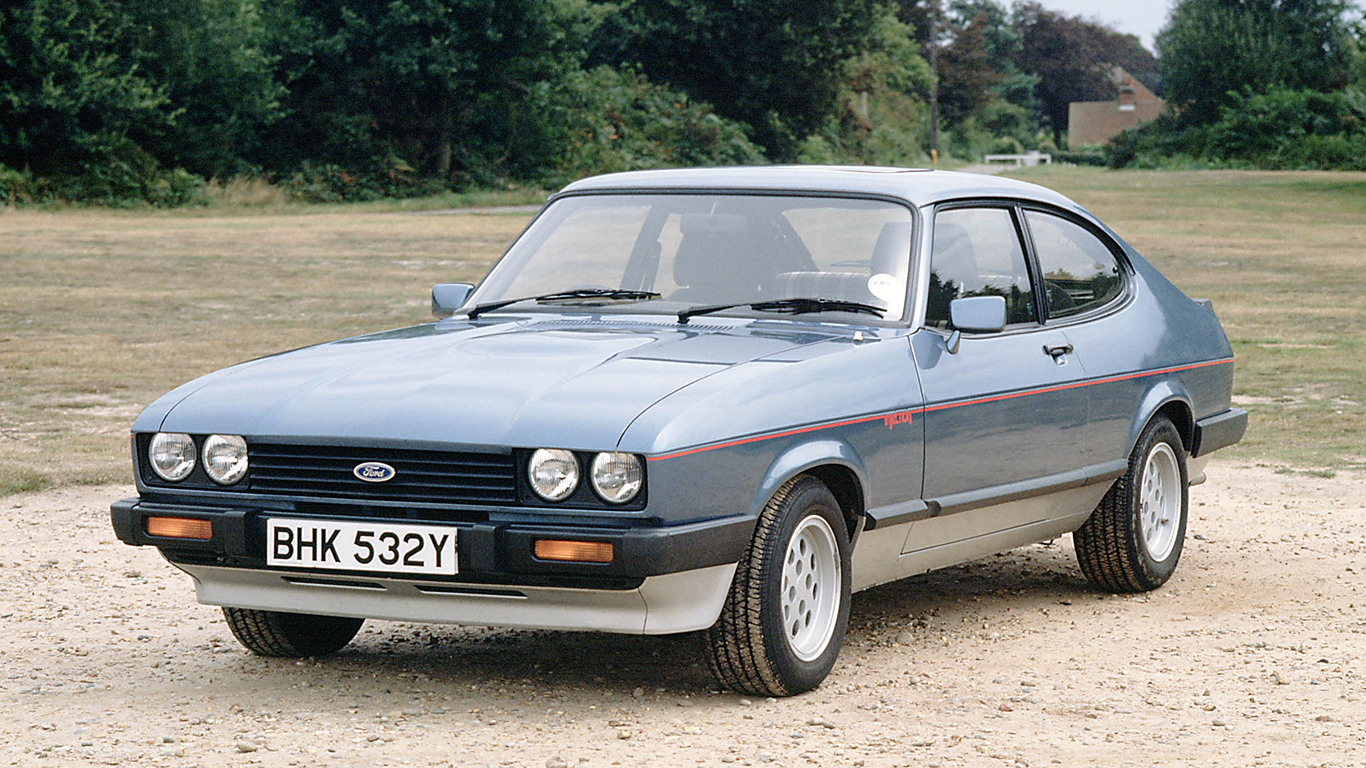 Most versions of the Capri don’t merit the title ‘fast Ford’, but the 162hp 2.8i is decently quick. Ford’s Special Vehicle Engineering department also tweaked the suspension for better handling.

The Capri 2.8i was launched in 1981 with a four-speed gearbox. A five-speeder arrived soon after. Its top speed of 130mph was impressive for the time. 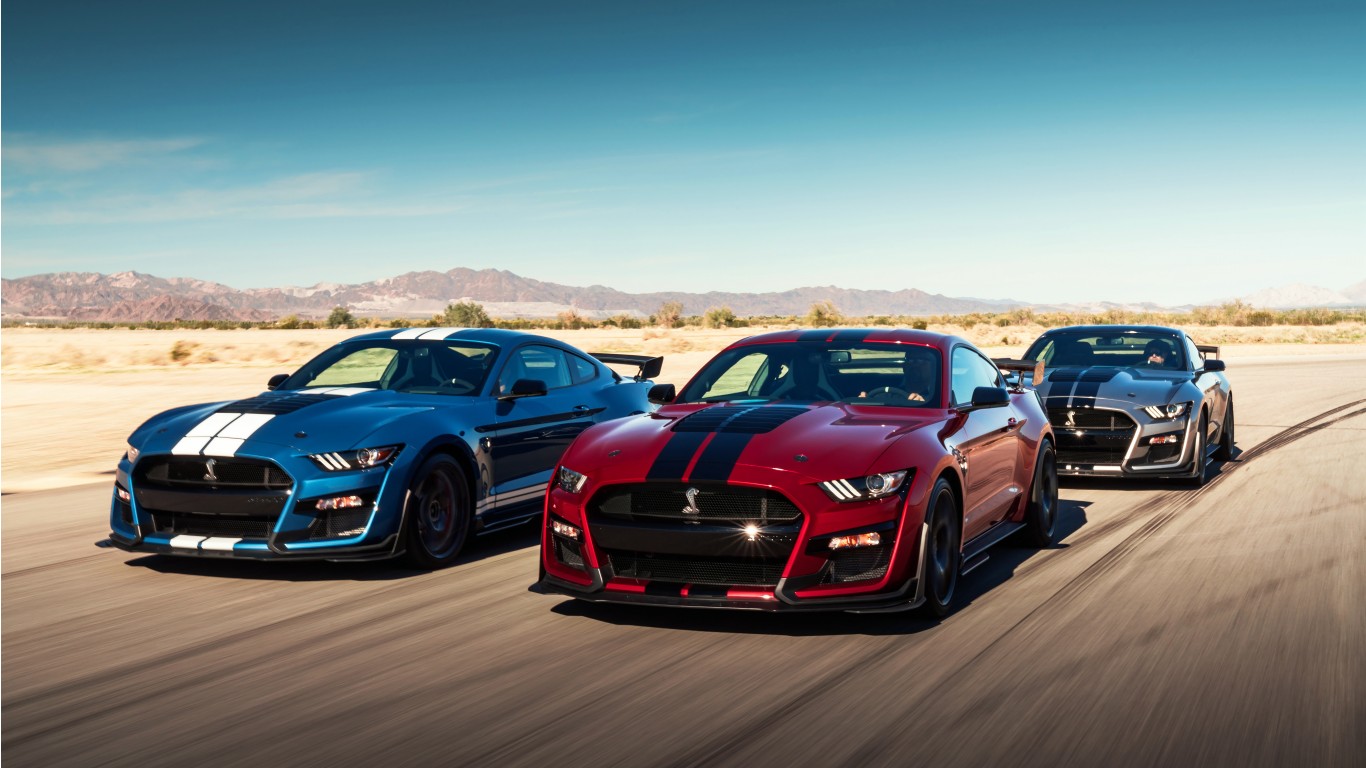 The ultimate Mustang is surprisingly sophisticated, with a seven-speed dual-clutch transmission, 20-inch wheels and bespoke suspension. Sadly, it was never officially imported into the UK 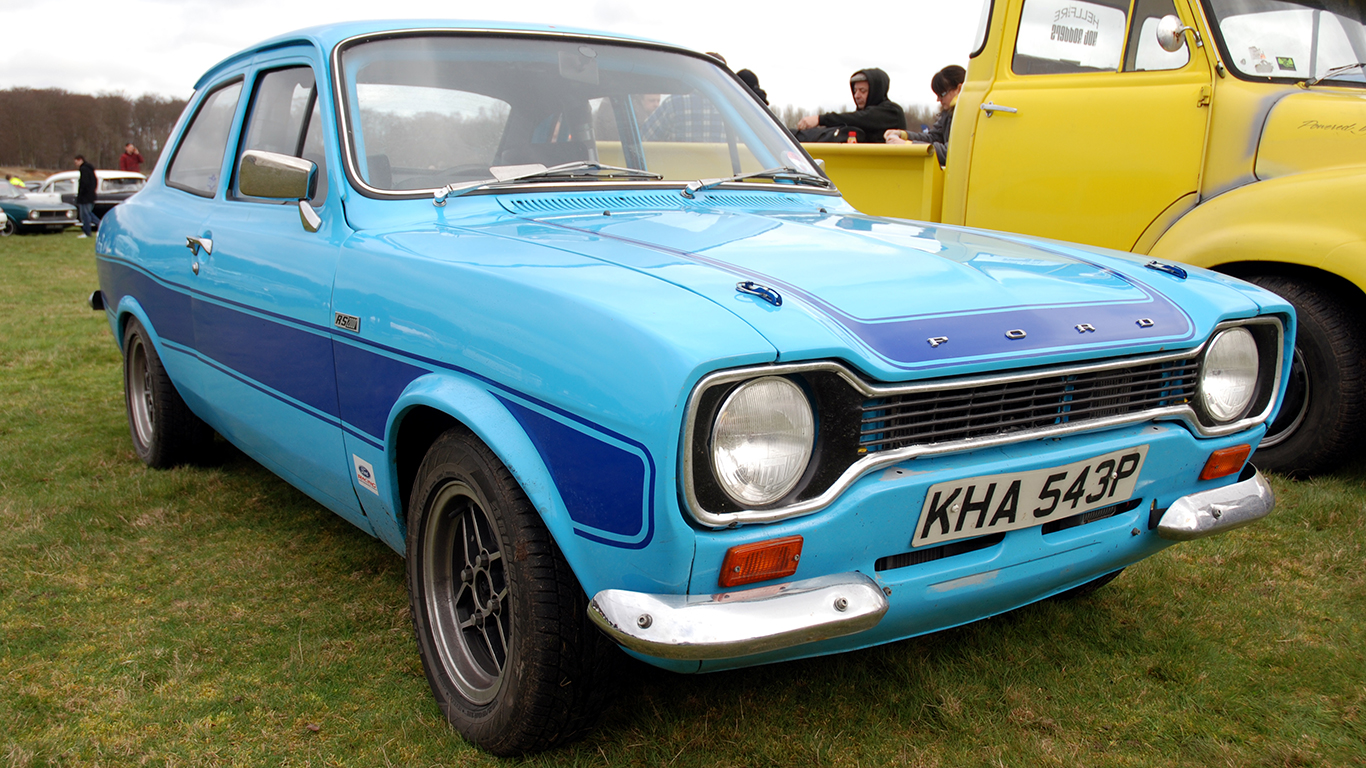 Not to be confused with the Mk5 RS2000 of the 1990s, this early Escort is highly prized by Ford fans. A hot hatch without a hatchback, its 2.0-litre engine offers lively performance.

The RS2000 looked the part, too. It boasted lowered suspension and wider wheels, plus optional bonnet stripes. The Mk2 version here could hit 62mph in 8.9 seconds and a top speed of 110mph. 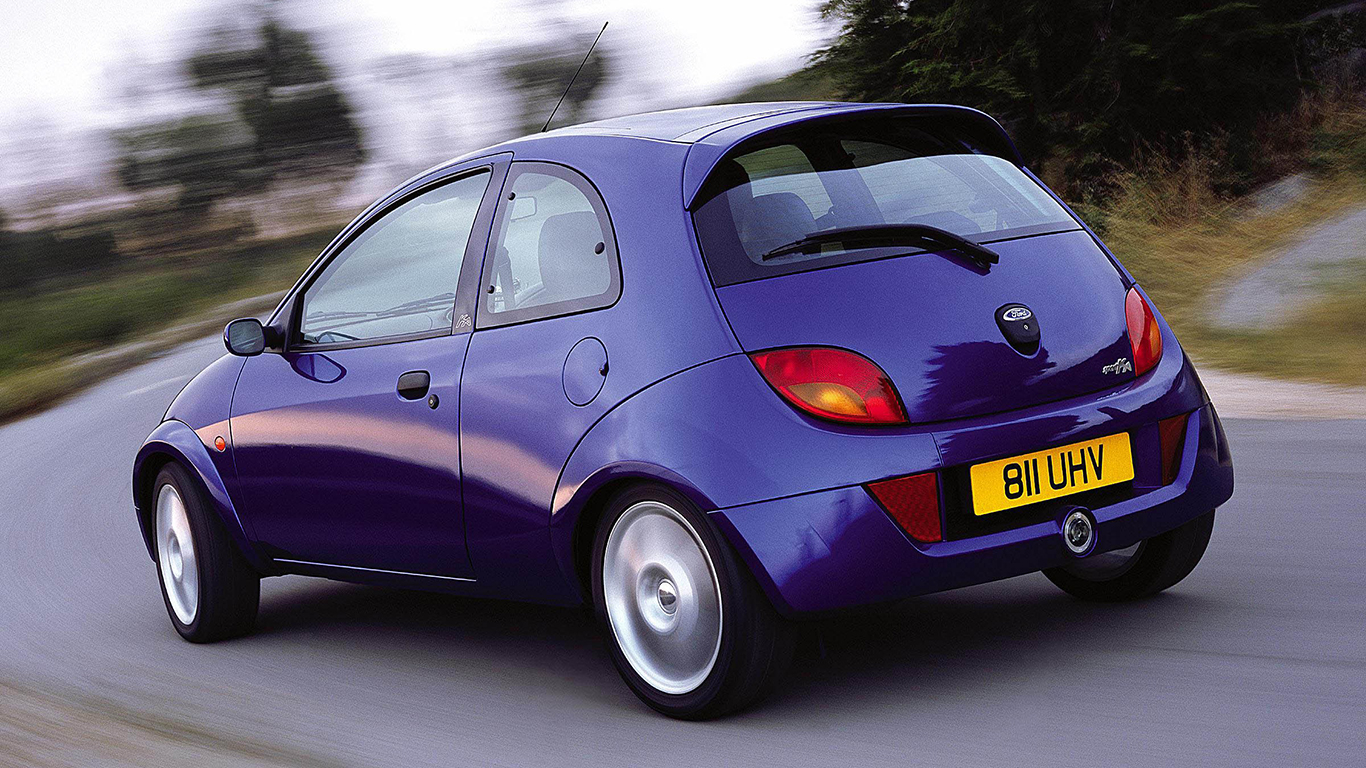 A controversial choice now. The 94hp Sportka won’t win any traffic-light grand prix, but it’s nimble and fun to drive. Its secret is suspension shared with the Puma coupe, plus sharp steering and a snappy gearbox.

Ford got the styling of the Sportka just right, with great details such as a reversing lamp that resembles a centre exhaust. A convertible version, the Streetka, was endorsed by Kylie Minogue. 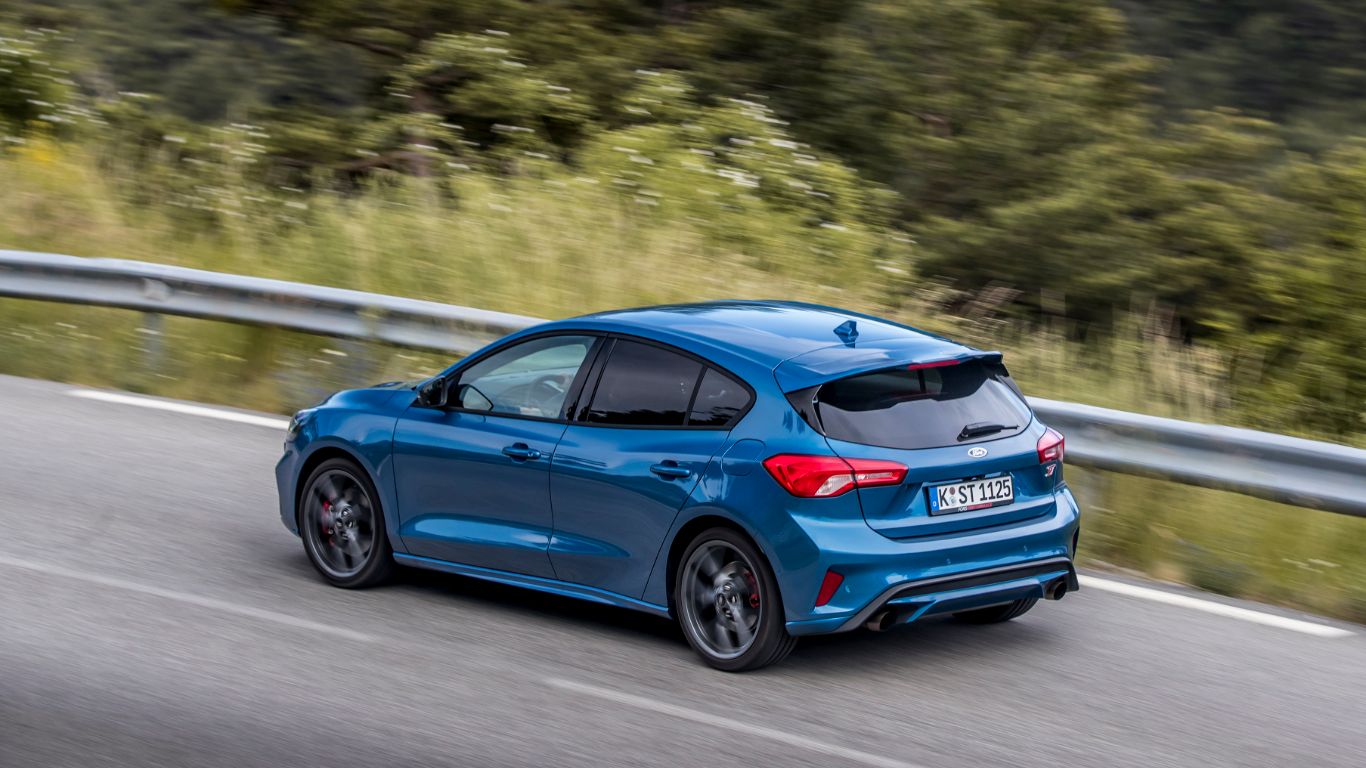 We recently heard that Ford won’t make a fourth-generation Focus RS – the project killed by corporate CO2 targets. That leaves the ST atop the current Focus range, but it’s a worthy flagship. Peak power of 280hp at 5,000rpm means 0-62mph in 5.7 seconds.

Driving the Focus ST in 2019, we said: ‘It has to work as a daily driver, a school-run shuttle, a family holdall – and it does all of those with a similar breadth of abilities to the benchmark Golf GTI’. 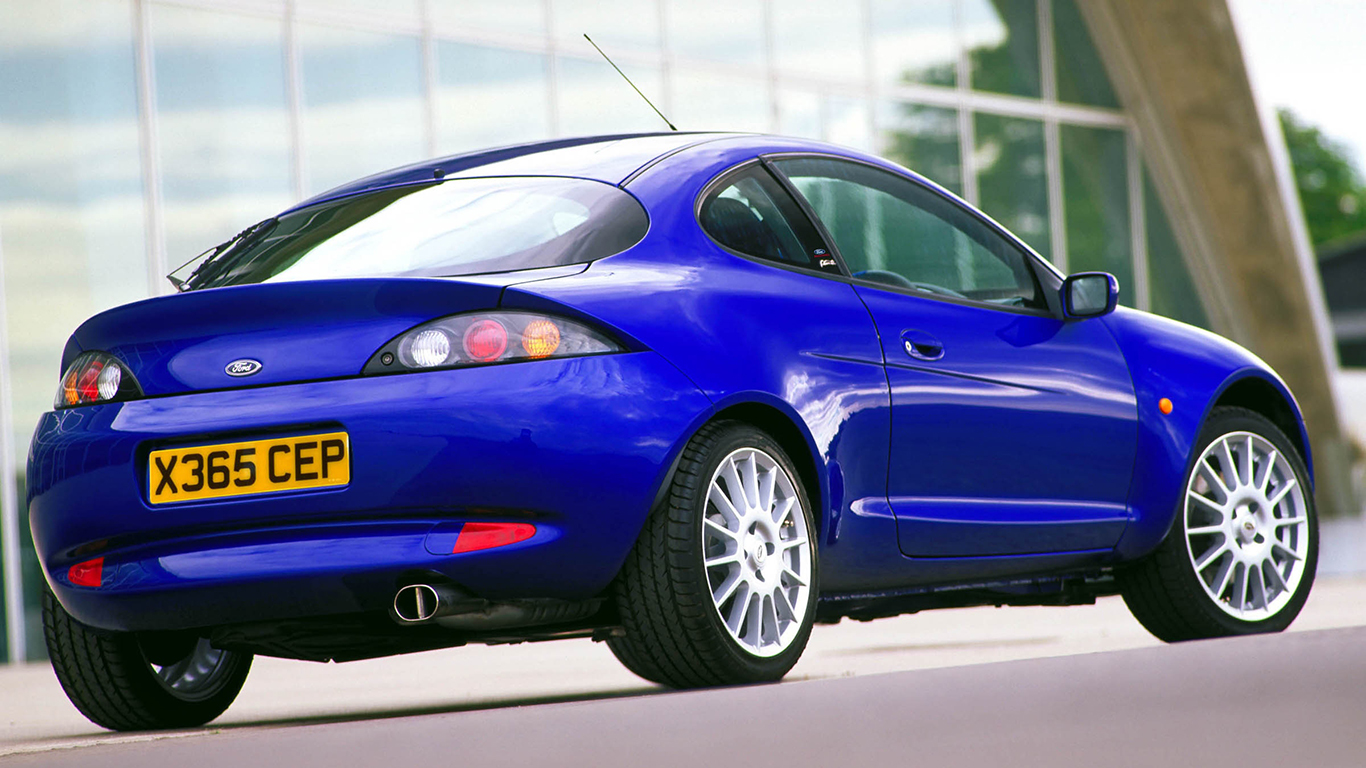 We end our smorgasbord of fast Fords with the Racing Puma. Its swollen, wide-arched bodywork was hand-built by Tickford and only 500 were made. The Puma’s 1.7-litre engine was tuned to 157hp.

Although it never actually went racing, the sportiest Puma boasted big brakes and a limited-slip differential. It’ll cost you several times as much as a standard car, but future classic status is assured.

Volvo 480: remembering the Euro wedge that wasn’t sensible or...

Patrick Peal, former Head of Communications at Lotus, recalls the day 25 years ago when the Elise was revealed to the world.
Read more
Previous articleRennsport Collective 2020 to celebrate ‘the best of Porsche Motorsport’
Next articleCadillac Allante: building cars with Boeing

After years of Seat hot hatches, Cupra has become a standalone car marque, with a focus on sporty performance and style. We tell its story so far.
Read more
Great Motoring Disasters

A couple of years back, a finance brokerage by the name of Sanford C. Bernstein published a list of Europe’s 10 biggest...
Read more
Features

Patrick Peal, former Head of Communications at Lotus, recalls the day 25 years ago when the Elise was revealed to the world.
Read more