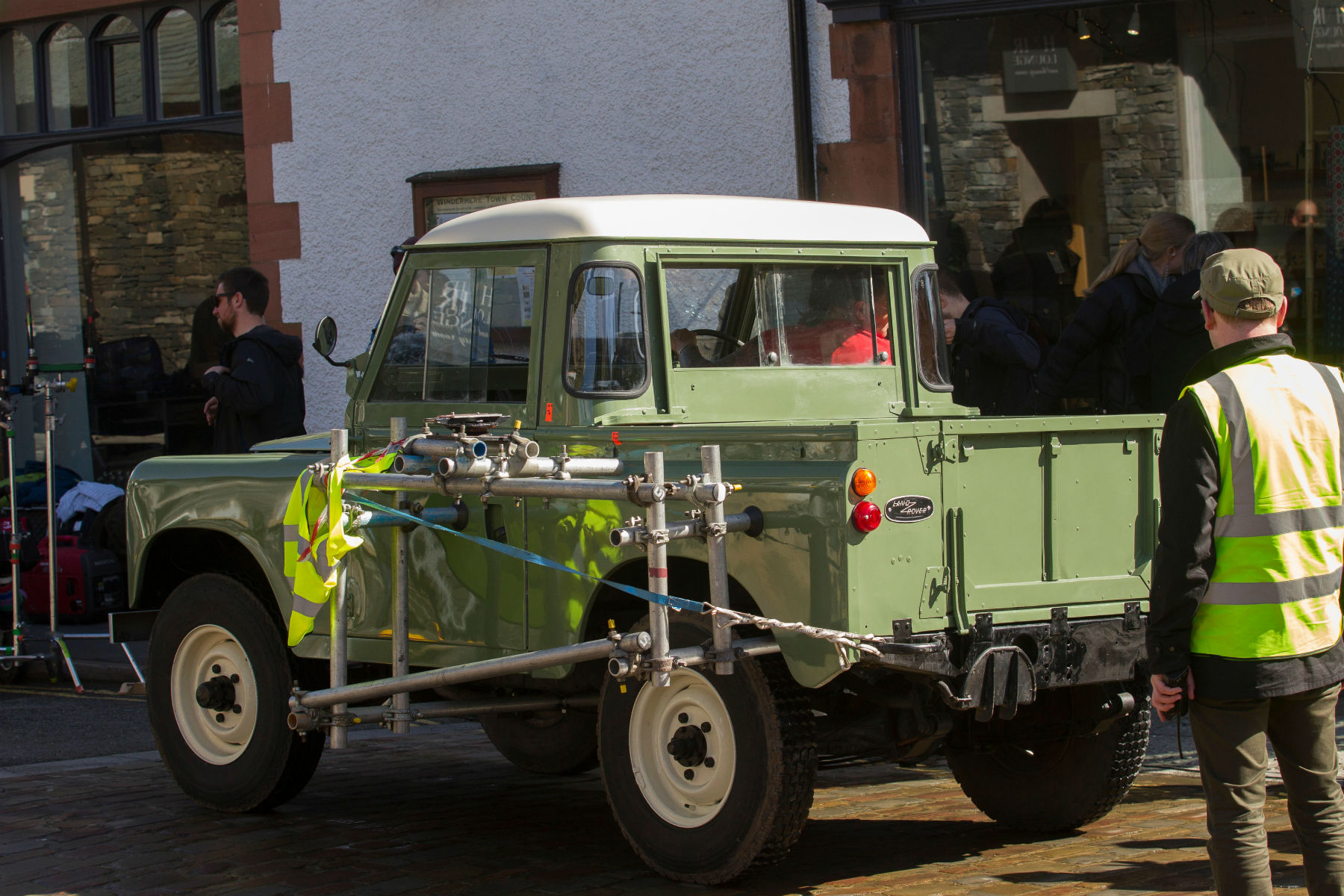 A classic Land Rover used in the new Peter Rabbit movie will go up for auction next month.

The Pastel Green 88-inch Series IIA is said to be one of two used in the 3D live-action animated comedy film based around the famous Beatrix Potter characters. If you’re going to the cinema to watch the film, look out for it in location shots in the Lake District. It’ll be wearing a false registration, says auctioneers H&H, but it’s definitely the same Landy.

Being sold by film vehicle suppliers Action 99 Cars, this Series IIA was manufactured in 1969 and is powered by the more desirable 2.25-litre petrol engine. Said to drive ‘as good as it looks’ (which is mighty fine, from these pictures), the Land Rover will be given a fresh MOT in time for auction. A search of the car’s MOT history reveals it’s recently failed on a number of things – but they’re all fairly small issues such as a poor handbrake and a few insecure parts.

The interior appears pretty fresh, thanks to a set of refurbished tan seats, while the bodywork and engine are described as being in excellent condition.

As investments go, a mint old Land Rover with a red carpet history probably isn’t one you’d regret. The auctioneers expect it to make between £10,000 and £15,000 when it goes under the hammer at the Imperial War Museum at Duxford on 21 March.

The British Motor Museum is celebrating 40 years of the Austin Metro and 30 years of the Rover Metro with its first virtual exhibition
Read more
Previous articleReliant Rialto review: meeting a hero (yes, really)
Next articleLuck of the Irish – Ireland’s hidden automotive history

A Ferrari 348 TS formerly owned by the Scuderia F1 team boss is up for auction. It’s a great candidate for your first Ferrari
Read more
News

Lust for Life: Iggy Pop’s Ferrari 308 GTS could be yours

A classic Ferrari formerly owned by the Godfather of Punk is coming up for auction. Apparently, this 308 GTS was just too fast for Iggy Pop...
Read more
News

When it comes to road transport, four wheels are generally better than three, and if staying dry and safe bothers you, two...
Read more
Great Motoring Disasters

When it comes to building cars cost-efficiently, it’s generally a good idea to manufacture the body somewhere in the vicinity...
Read more