Sharp-suited Italian styling. A brawny all-American V8. A sumptuous wood-and-leather British interior. Oh, and probably the coolest car name ever conceived. The Jensen Interceptor had it all.

Sadly, this glamorous GT was also burdened with ‘traditional’ British build quality, but that’s nothing Cropredy Bridge can’t fix. Based in a quaint village near Banbury, the company is the world authority on Jensens, and busy reinventing the marque for the modern era.

I’m here to drive an Interceptor Mk3, followed by a modified version of the flagship SP. First, though, a quick history lesson. 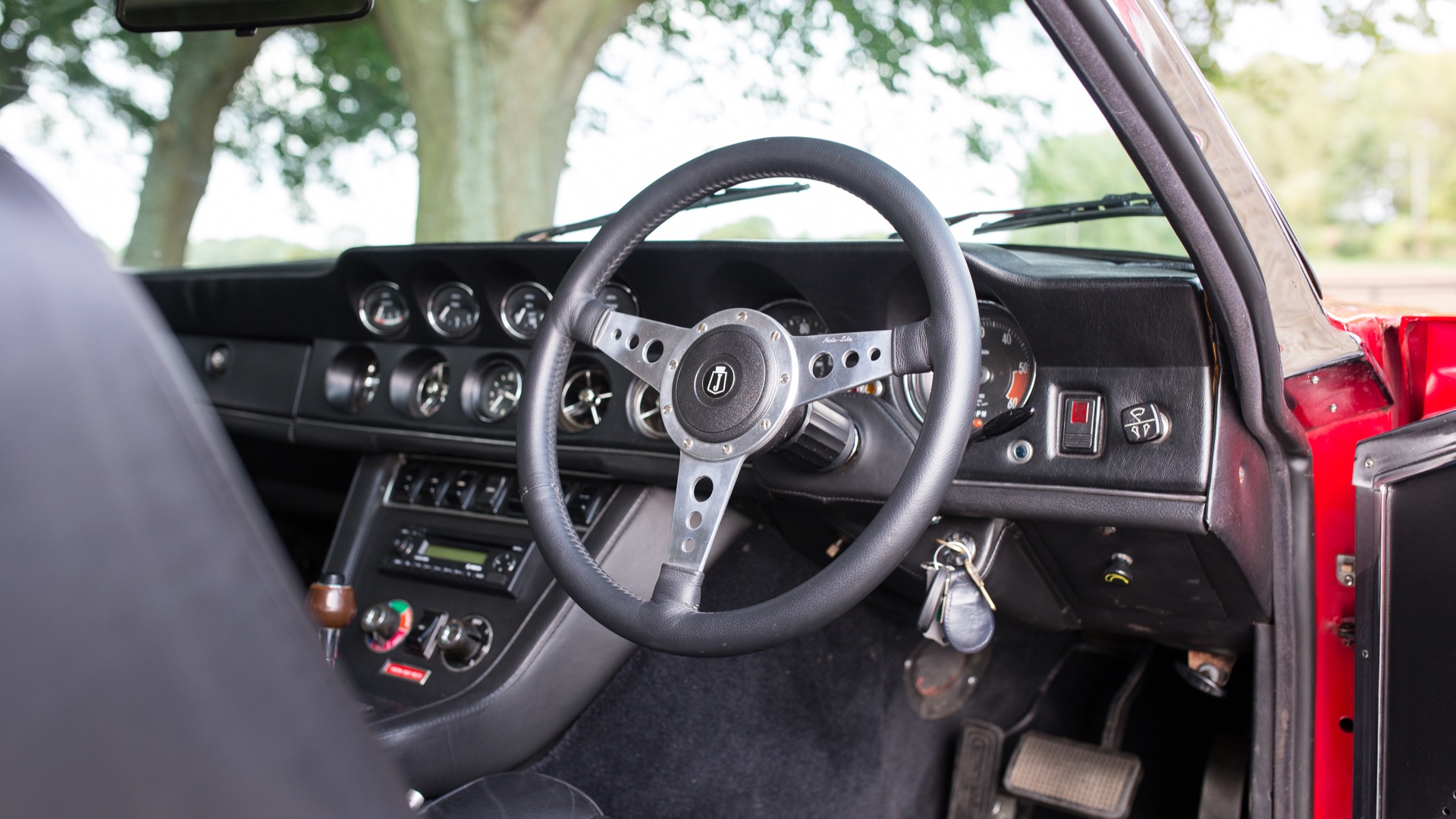 Launched in 1966, the Interceptor was designed by Touring of Milan. Early cars were assembled by Vignale – an Italian coachbuilder that, like Ghia, was later demoted to a Ford trim level – before production moved to West Bromwich, where it remained until 1976. Chrysler supplied the V8 engines, the vast majority with a three-speed automatic gearbox.

A convertible was sold in limited numbers, but the jackpot for collectors is the pioneering FF: the first road car with four-wheel drive and anti-lock brakes. Just 320 were made, out of around 6,000 Interceptor variants in total.

This one has original-style 17in alloys, uprated Fosseway brakes and a big bore exhaust. Kickdown is LOUD. pic.twitter.com/ZODHIp2Hsh

Cropredy Bridge has around 15 cars in the showroom, plus several more in its workshop – including a ‘barn-find’ FF originally bought by Porsche to develop its 4WD system.

“Each car is different as they were hand-made,” explains technical manager Mark Walbyoff. “We take on anything from an oil-change to a full 3,000-hour restoration. If parts aren’t available, we make them.” 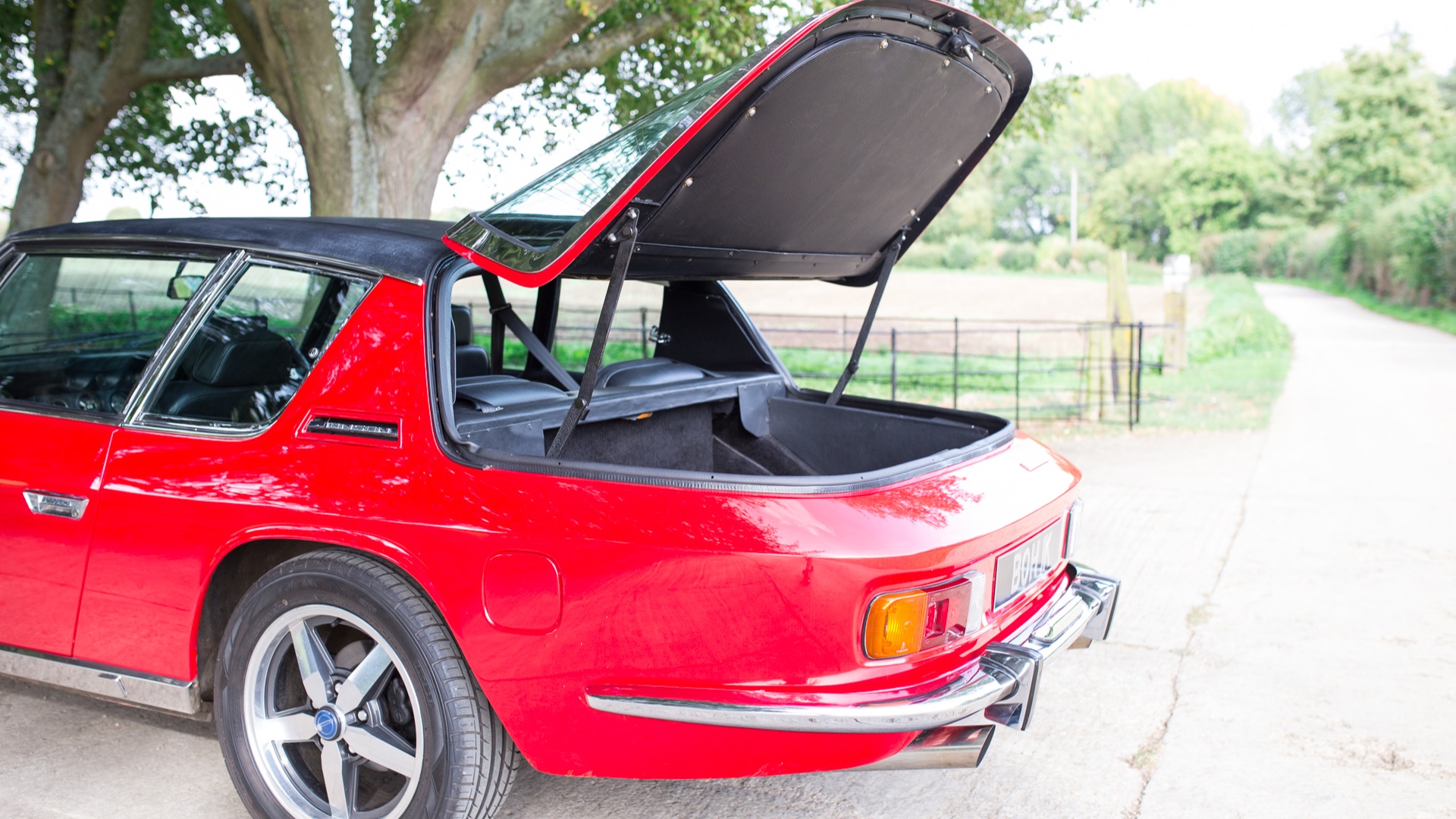 CEO Matthew Guillard-Watts then pulls the wraps off a work-in-progress project. His demo Interceptor ‘CB’ will boast 500hp, a six-speed gearbox, independent rear suspension, leather and Alcantara upholstery, and a high-end audio system. However, each car will be entirely built-to-order and bespoke. “A CB customer can have anything up to the 852hp Dodge Demon engine,” says Walbyoff. Gulp.

For the narrow lanes that border the Cotwolds, I’m quietly thankful for ‘just’ the 335hp of the Mk3. This 1974 car has been restored to original spec, giving me a taste of the authentic Interceptor experience. Cocooned by a high transmission tunnel, its soft seats feel like La-Z-Boy recliners, while tiny dials and unlabelled switches are blunderbussed across the dashboard. The headlamp switch is on the floor, where the clutch pedal would normally be, and there are two horn buttons: one for a cheery toot, the other an angry parp.

Jensen Interceptor road-trip into the Cotswolds.

With 16 all-American cylinders and 14.4 litres, I reckon they’ll hear us coming… pic.twitter.com/MwHjq8q4tT

The 7.2-litre V8 coughs lazily into life. Prod the throttle and the whole car rocks with big-block torque, then clunk the shifter into Drive and the Interceptor slurs away. Its power steering is light and aloof, its suspension floaty and unflustered.

That engine is the main event, though. It rumbles like rolling thunder as two twin-barrel Webers gargle unleaded at a rate of 12.5mpg (yes, really). And it pulls like an Amtrak train: effortless and knife-through-butter smooth. 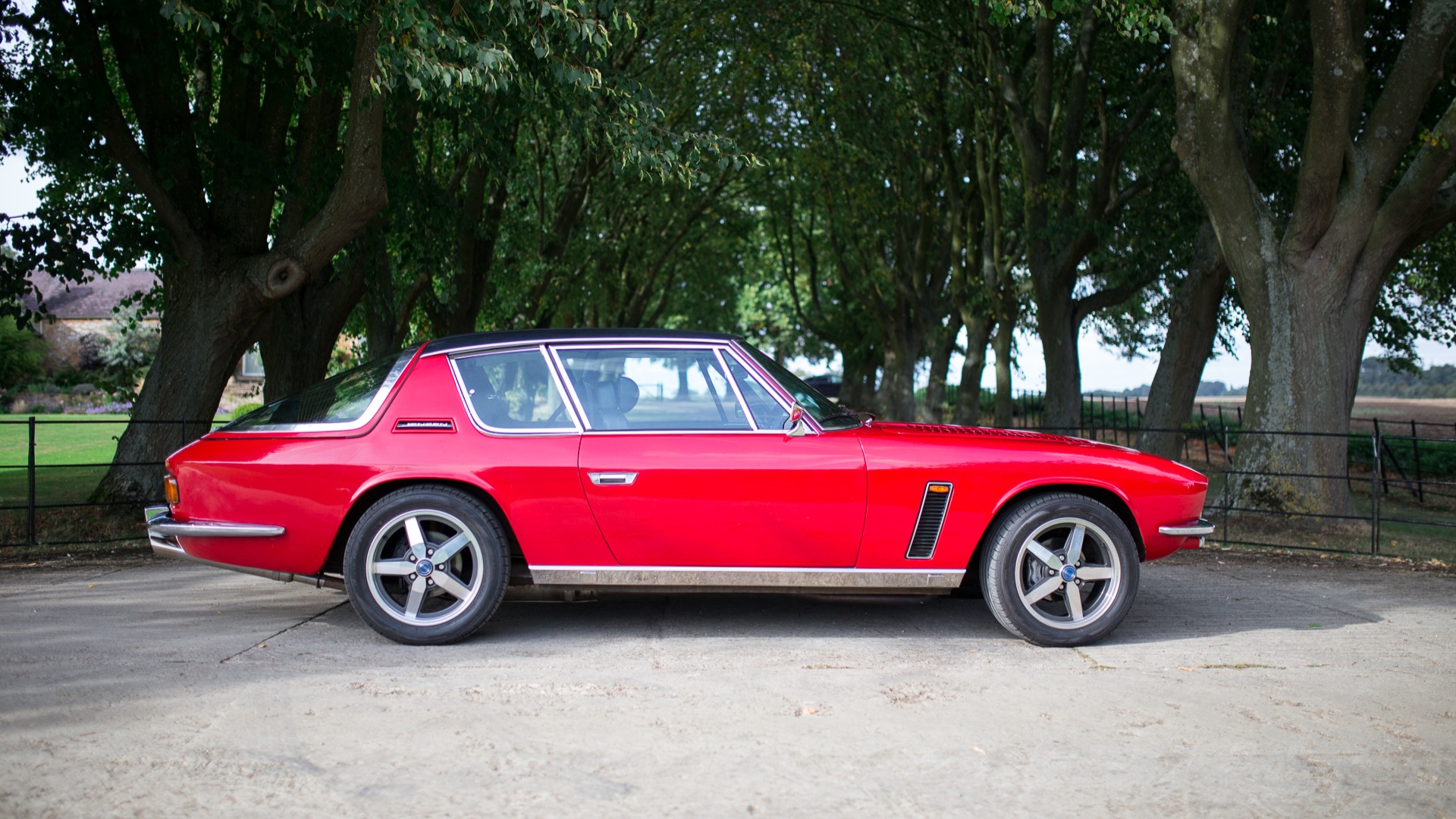 I pull over and swap into the SP. Those initials stand for ‘Six-Pack’ (the red car here, and another oh-so-cool Jensen name). Its additional carburettor means a heady 385hp.

This car is half-way to a CB, with some carefully chosen upgrades – notably 17-inch alloys, adjustable dampers and beefed-up Fosseway brakes – to modernise its manners. The result is keener turn-in and a more planted, confidence-inspiring feel, plus explosive kickdown response. The only downside, says Guillard-Watts, is “about 9mpg if you press on”.

Cropredy Bridge has helped Jensen reclaim its reputation, and prices are rising. You’ll pay well into six figures for a tidy Vignale or FF, although project cars are still out there for hatchback money.

If a Bentley is too brash and an E-Type too obvious, the Interceptor is a captivating alternative.

The Peel P50 was featured on Top Gear and holds the record for being the world’s smallest car. We sample a one-off convertible version.
Read more
Reviews

The fifth-generation VW Golf GTI is arguably the best of the breed, with a punchy engine, agile handling and no-compromise practicality. We revisit an icon.
Read more
Reviews

These are strange times. In March 2016, a Ford Capri 280 sold at auction for a world record price of £54,000. Think...
Read more
Previous articlePrice guide values McLaren F1 at over £16m
Next articleClassic Car Drive In Weekend coming to Bicester Heritage

A short history of the Ford Escort in the UK, from its birth in 1968 until its death at the turn of the millennium
Read more

Vauxhall Belmont: one disappointment on top of another

It sounds like a dangerous policy, but sometimes car adverts brazenly major on a car’s biggest weakness, and hope that you’re sufficiently...
Read more

From Supersport to ST, we chart the history of Ford’s smallest hot hatch. Which Fiesta will ‘roar like a lion or purr like a pussycat’? Read on to find out...
Read more

It was 1993 before an XJ40 coupe arrived... by which time, it was too late
Read more
Features

The first car I ever crashed was a Lotus Esprit. Rounding a corner too quickly, it flipped onto its side, bounced between...
Read more
Reviews