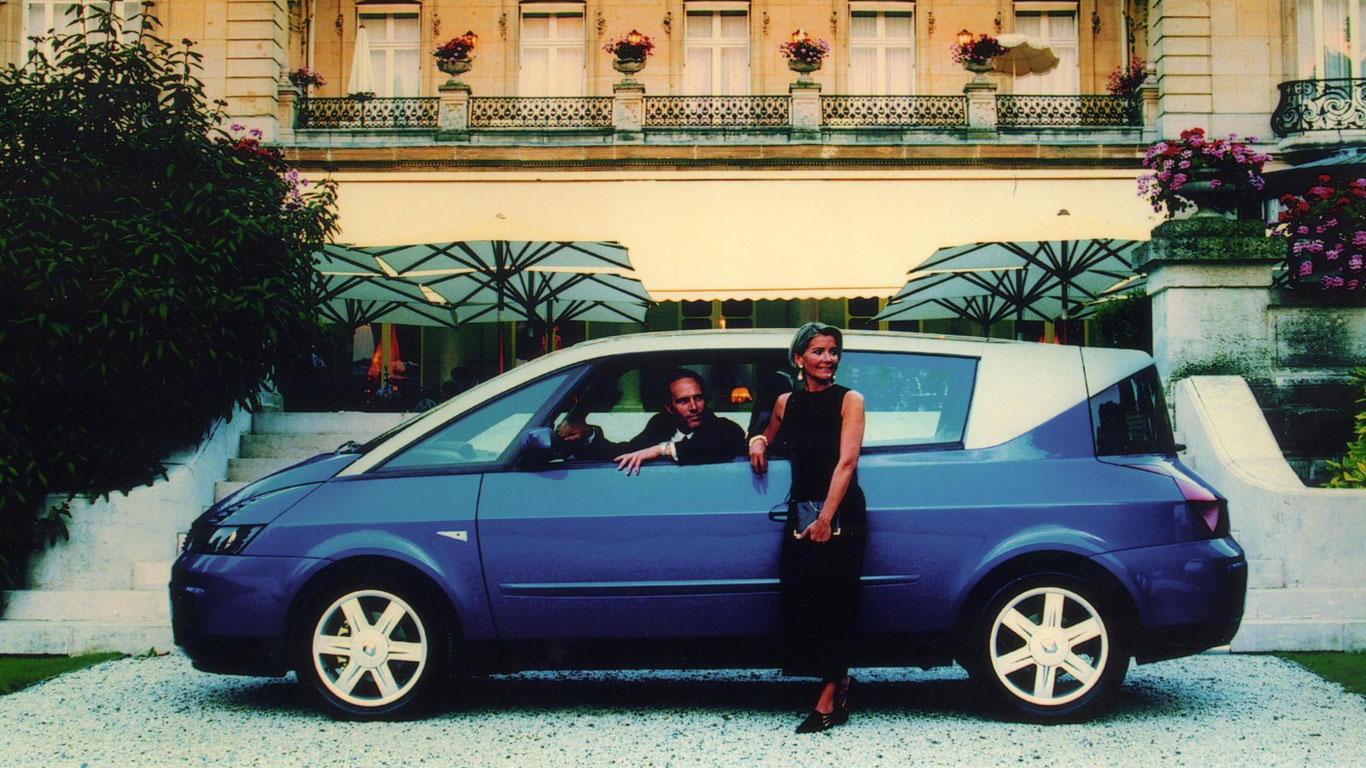 Oh no, it’s another one of those lists. You know, the top 10 best of this or the top 20 worst of that. Only this one isn’t. Instead, it’s a personal celebration of some of the large French cars that have shaped my love of cars from our neighbouring country. It’s a bit niche, so if you’re after something mainstream, I’d recommend the top 10 Justin Bieber haircuts or 20 best tattoos of Taylor Swift. 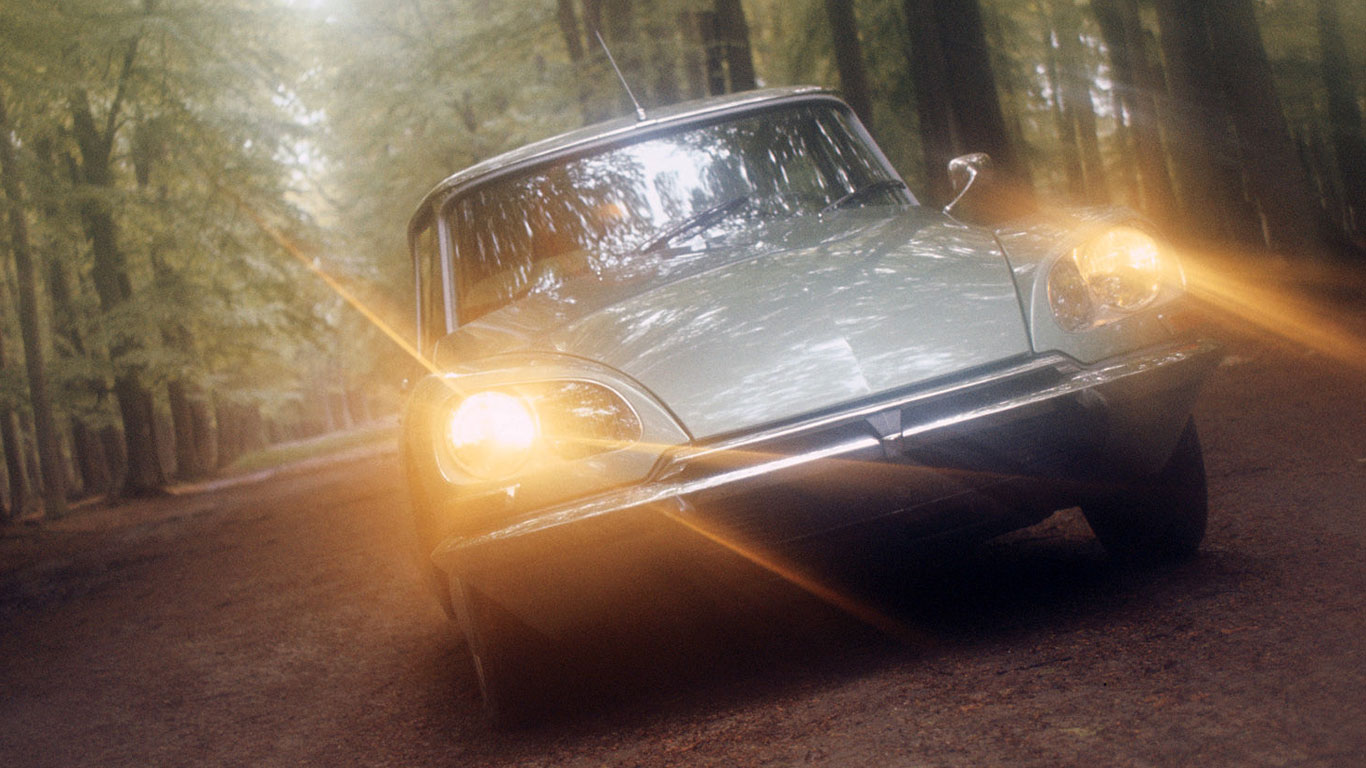 “In appearance, the styling might be described as out of this world, and the ability of the hydropneumatic suspension to smooth out chaussée déformée at almost any speed is rather like one would expect cloud-flying to feel.” This extract from Autocar in 1963 is a perfect summary of the charms of the Citroen DS and the French take on luxury travel. A focus on technical brilliance and supreme comfort, and an absence of needless trinkets and vulgarity. Little wonder, then, that the DS finished third in the Car of the Century poll, ahead of Rolls-Royce and anything built in Germany. 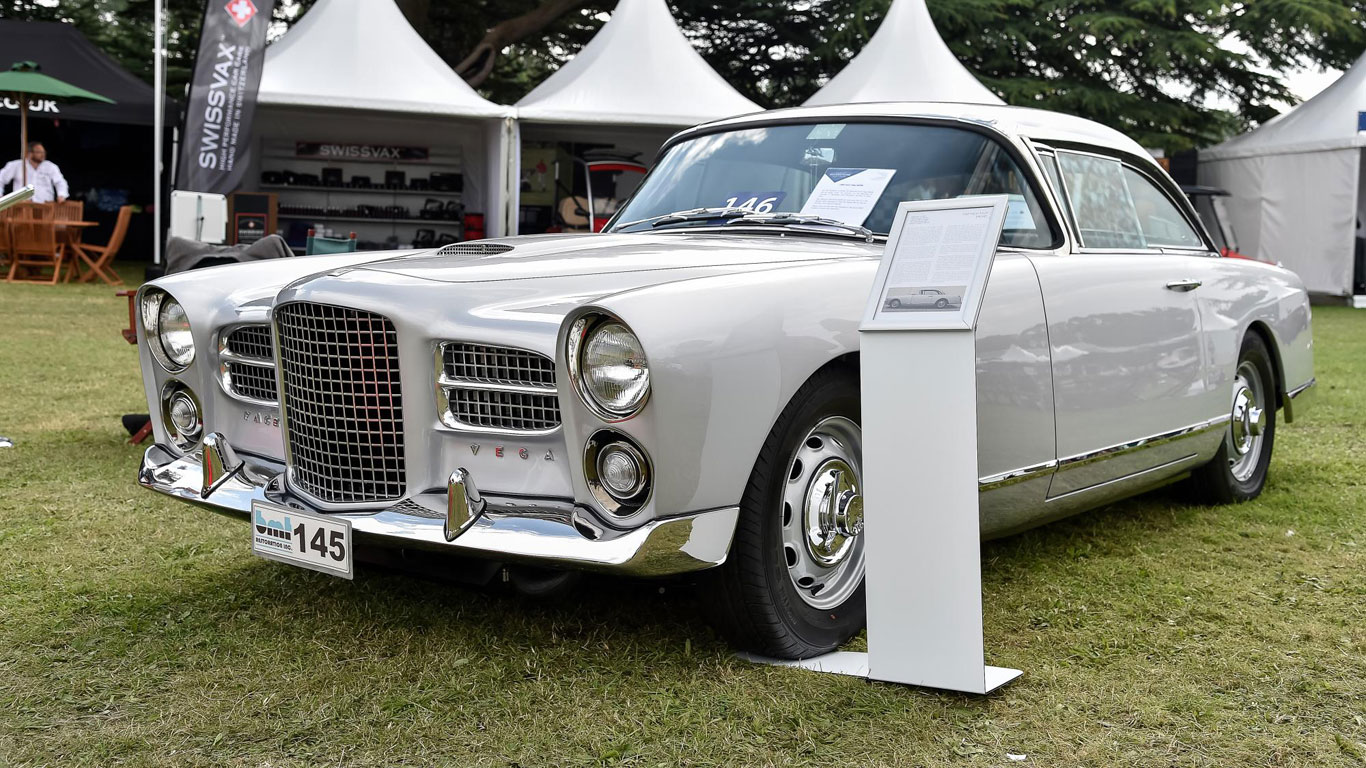 There was a time when the French car industry was responsible for building some of the world’s most exceptional luxury vehicles, when the likes of Delahaye, Delage and Avions Voisins could stand shoulder-to-shoulder with the automotive elite. By the end of the 1950s, the French luxury car was all but dead, but one brand managed to soldier on until the 1960s. Facel Vega was blessed with a great name, a fabulous badge and built the kind of cars driven by people who’d take lunch in London’s West End before wafting down to Monte Carlo for a late supper. As appealing to a gentleman racer as they were to a Hollywood actress, a Facel Vega simply oozed class, elegance and sophistication. 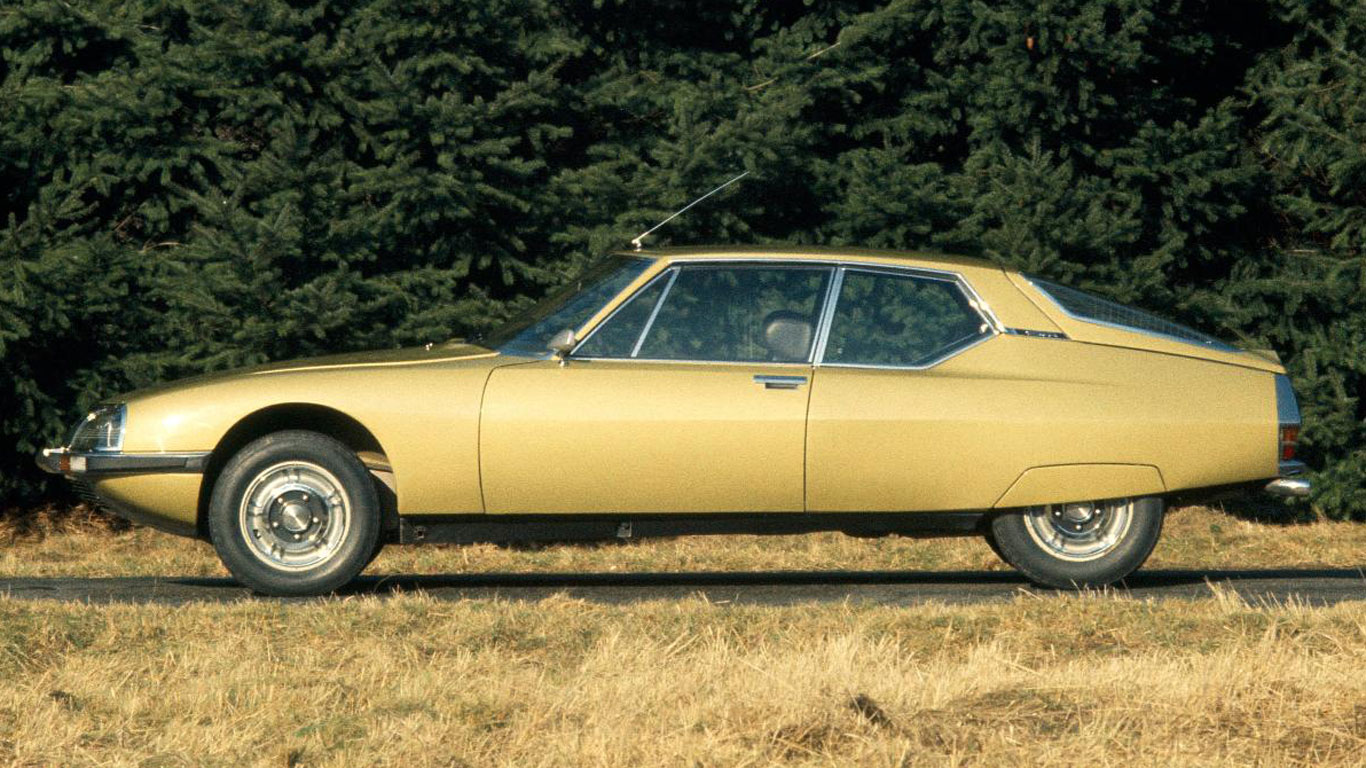 “A beautiful thing happened when Citroen teamed up with Maserati,” proclaimed the UK press ad. How could the SM fail to be anything other than spectacular? That’s a rhetorical question, because the SM’s issues have been well documented. It was also a case of the right car at the wrong time: a victim of the fuel crisis and Peugeot’s axe-wielding during the takeover of 1974. Like the DS, the SM was a forward-thinking masterclass, only this time with the pace to match its technical wizardry. Launched in 1970, just a year after Concorde took its first flight, this was indeed a golden era for French collaborations. 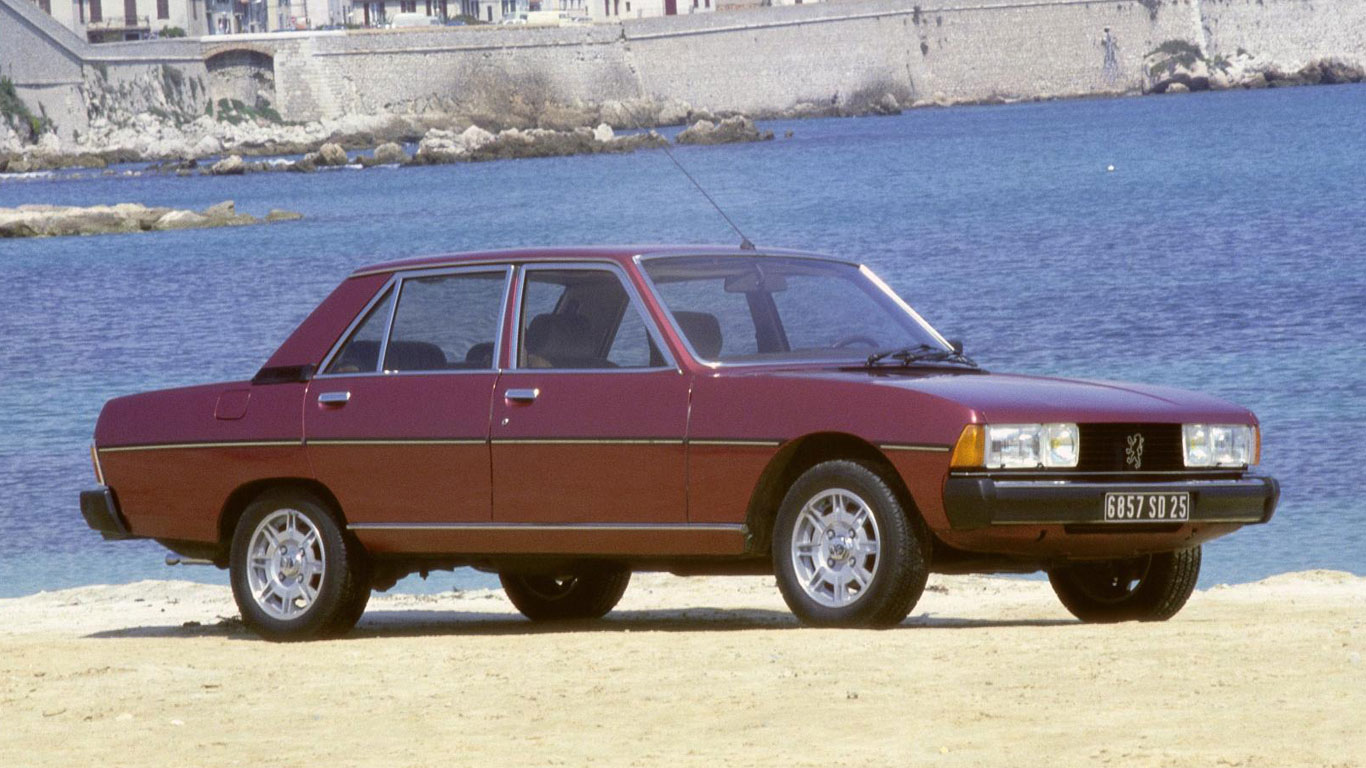 The Peugeot 604 is all but forgotten in the UK, which is a travesty, because beneath that straight-edged Pininfarina styling lies one of the greatest French cars of the 1970s. Contemporary reviews ranked it higher than rivals from Mercedes, BMW and Jaguar, while the fuel-injected V6 Ti model would have been able to cross continental Europe faster than a foreign trade minister on his way to free lunch. 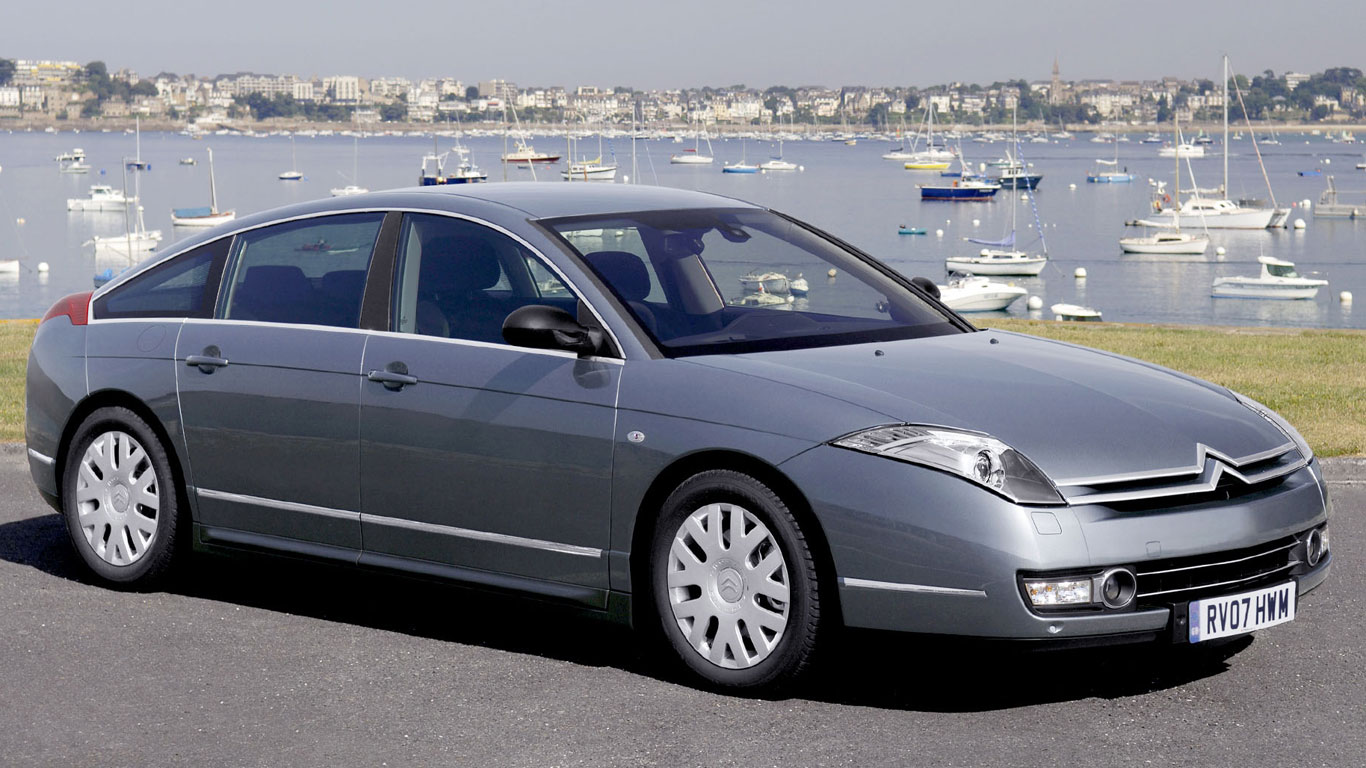 When the Citroen C6 died in 2012, it represented more than just the passing of an executive car. The death of the C6 marked the end of a long line of large Citroens, with a family tree stretching via the XM, CX, DS and Traction Avant. With the DS brand divorced from Citroen, we’re unlikely to see anything like this wearing the double chevron again. 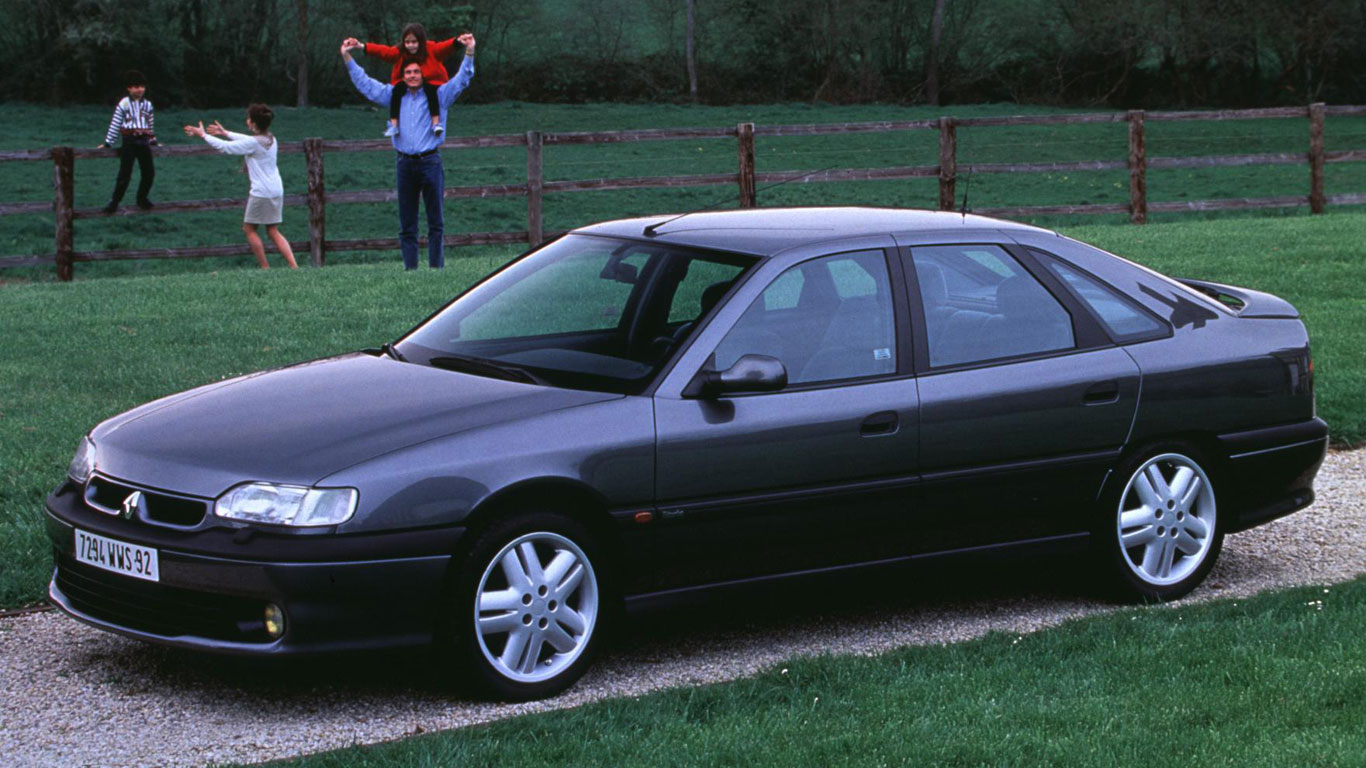 “Keep it aspirational,” said Tim Pitt, our esteemed managing editor. “Avoid ropey old Safranes,” he continued. He’s a fan of German cars, so his misguided lack of appreciation for this 90s hero is understandable, if not entirely forgivable. It arrived at a time when Renault was on a roll: the original Twingo, Clio, A610 and Espace II were fresh models, and the Safrane was a replacement for the ageing 25. Sadly, UK buyers weren’t treated to the best of the breed: the 3.0-litre V6 Biturbo served in crème entière Baccara trim. It’s as tantalising as a night out with Dita Von Teese. 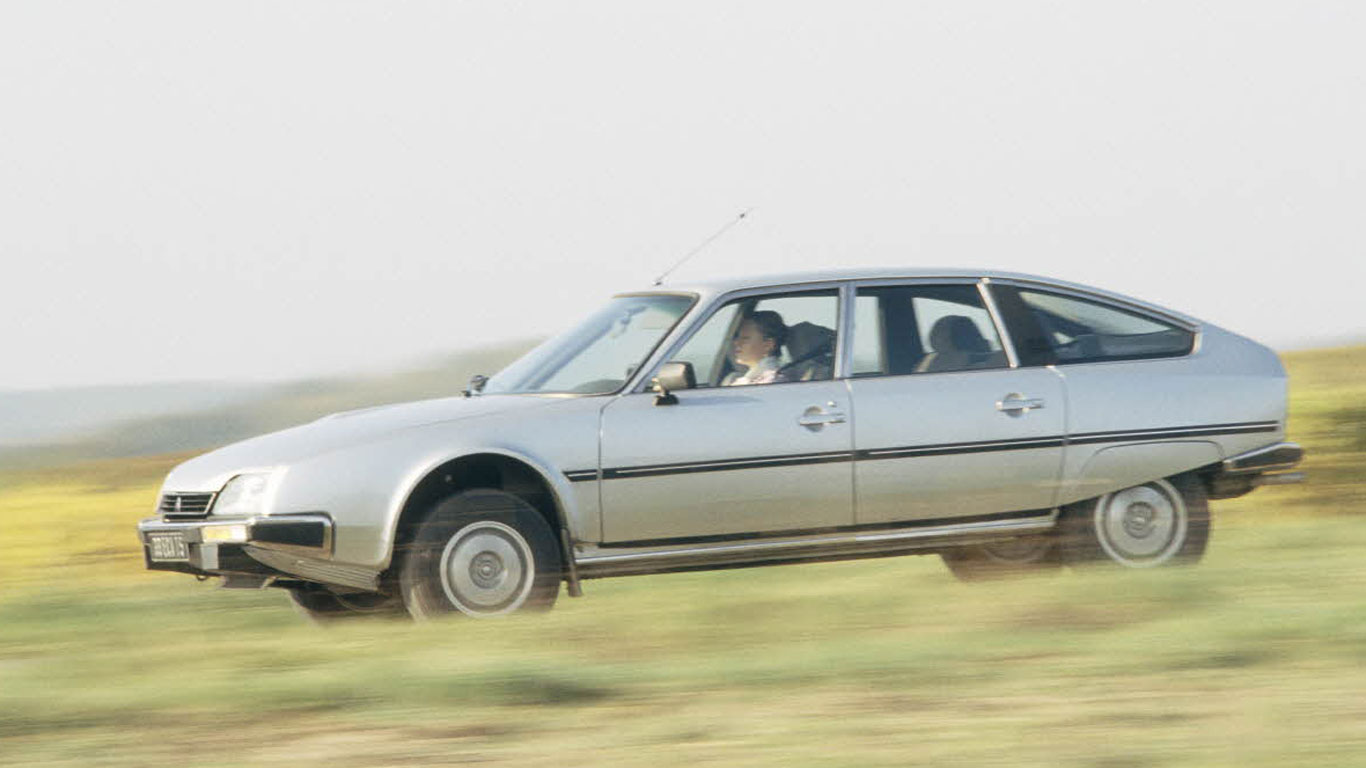 It would have been all too easy for Citroen to mess it up. Call it ‘second album syndrome’ or whatever, but replacing the DS was like the Beatles attempting to follow-up Please Please Me. The CX is to Citroen, then, what With the Beatles was to the Fab Four: another brilliant step forward, only without the initial surprise of the original. How easy would it have been for Citroen to screw things up? Just look at the XJ-S and the E-Type. 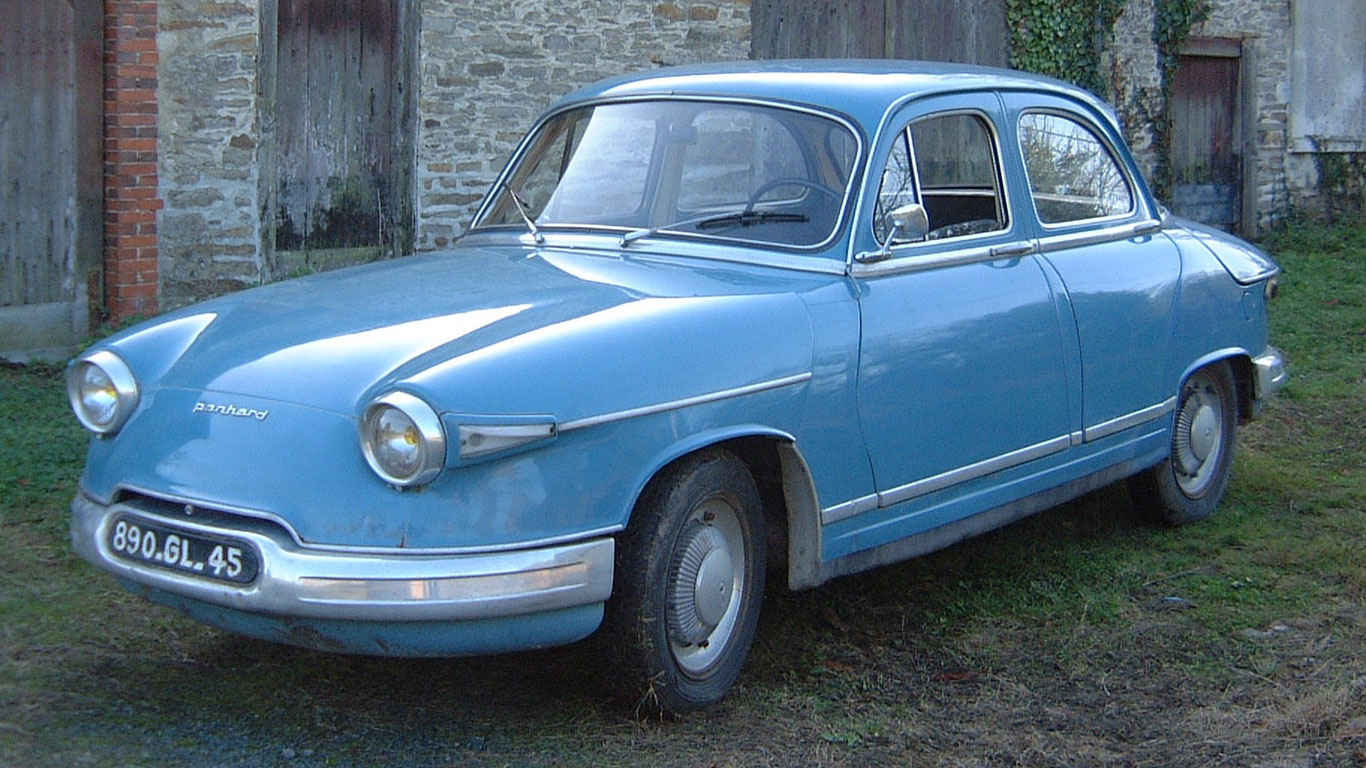 Although not a luxury car in the truest sense, the Panhard PL17 offered seating for up to six adults, space for all their luggage and fuel economy to rival a much smaller vehicle. It evolved out of the Dyna Z and was a rare sight in the UK, not least because it cost far more than rival home-built products. But it was blessed with a wonderfully idiosyncratic dashboard, a top speed of 80mph in Tiger form, and otherworldly styling. 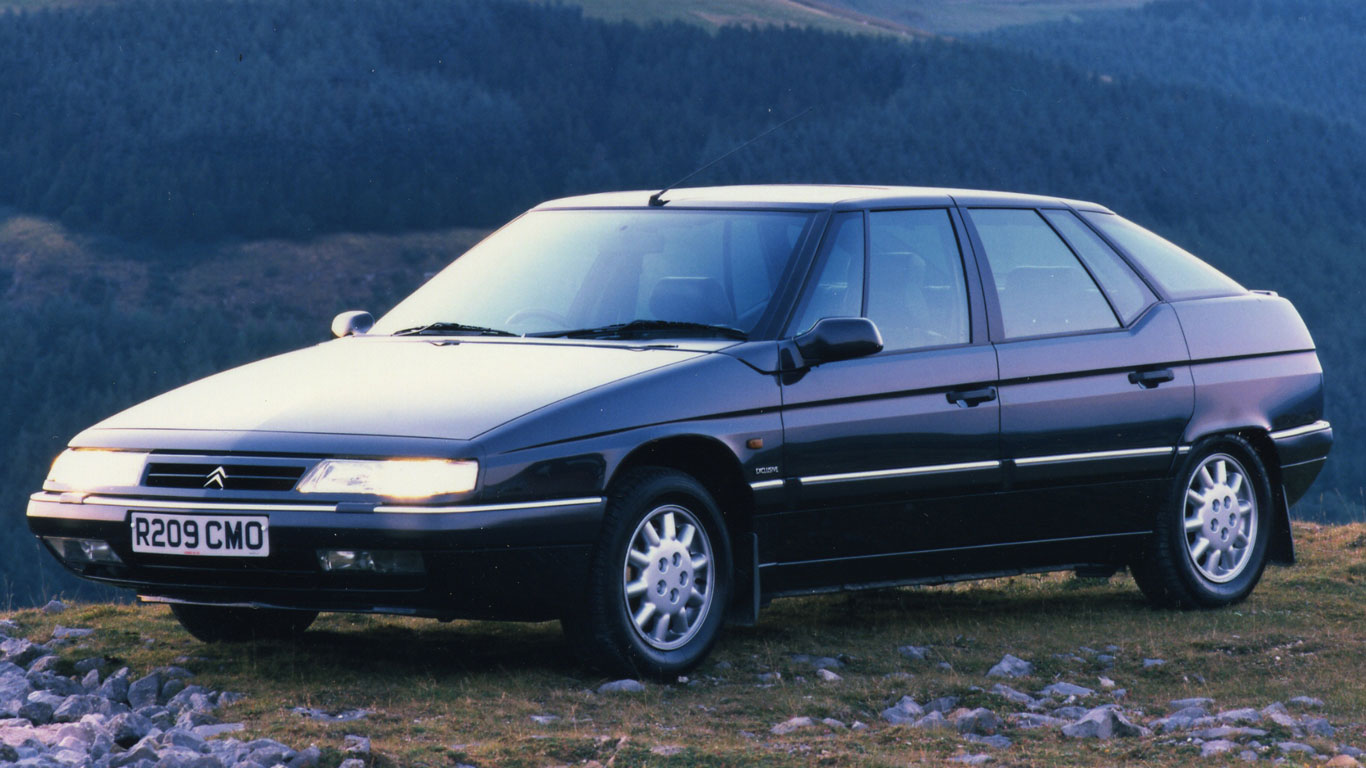 Whisper this: I’ve never really been a fan of the Citroen XM’s styling. It’s fine in isolation, but alongside contemporary rivals, it looks a bit… well, awkward. The Alfa Romeo 164 is prettier, the Peugeot 605 is more elegant, the Saab 9000 is more majestic, and the Vauxhall Senator has more presence. Of course, the big Citroen’s talents like beneath the skin, with the Hydractive suspension giving the XM a major USP. 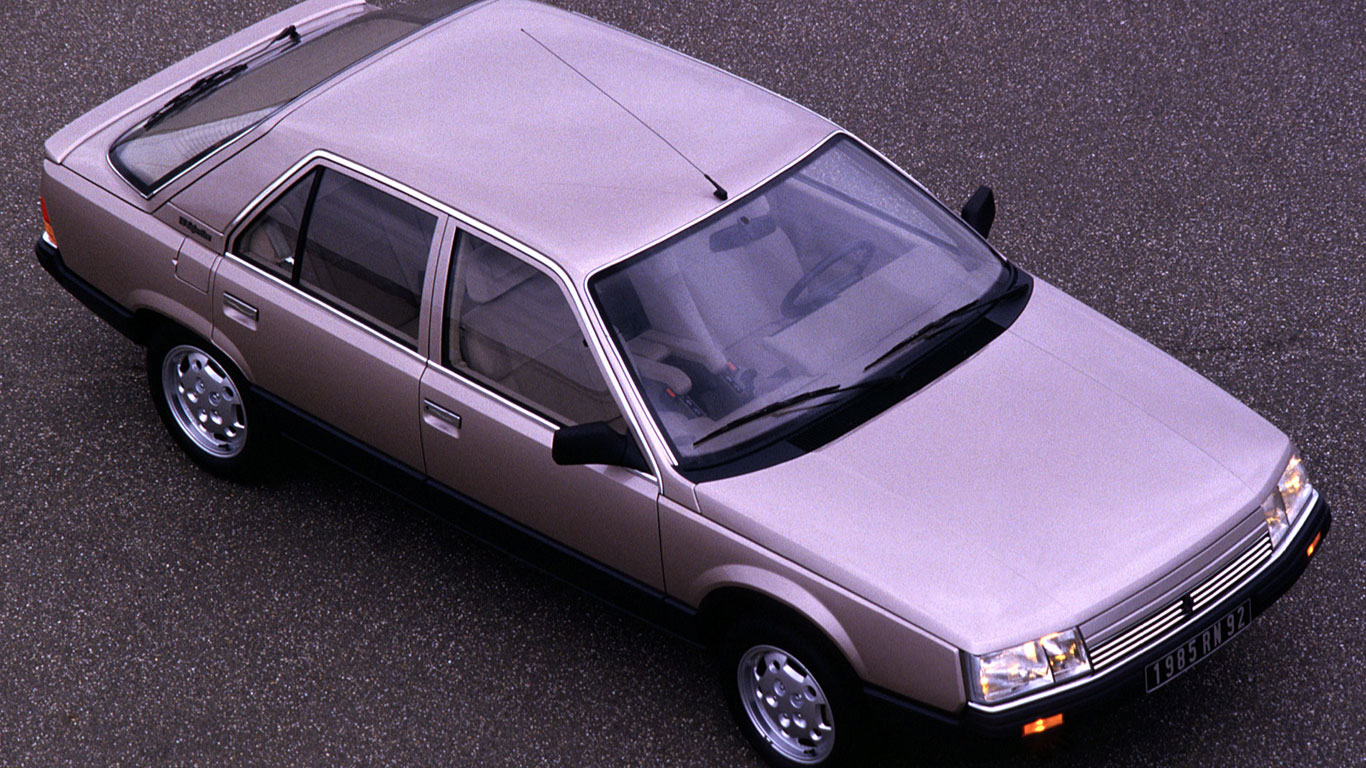 The styling has aged well enough, but the most delightful aspect of the Renault 25 and 21 lies on the inside. If you’re not familiar with the cabin, search online for the Baccara or Monaco interior for a hint of how French execs dealt with the tiresome treks along the autoroutes. It’s all about the leather seats and dashboard, while the Oak Bronze metallic paint is so wonderfully timeless. To paraphrase Bryan Adams, we’re in heaven. 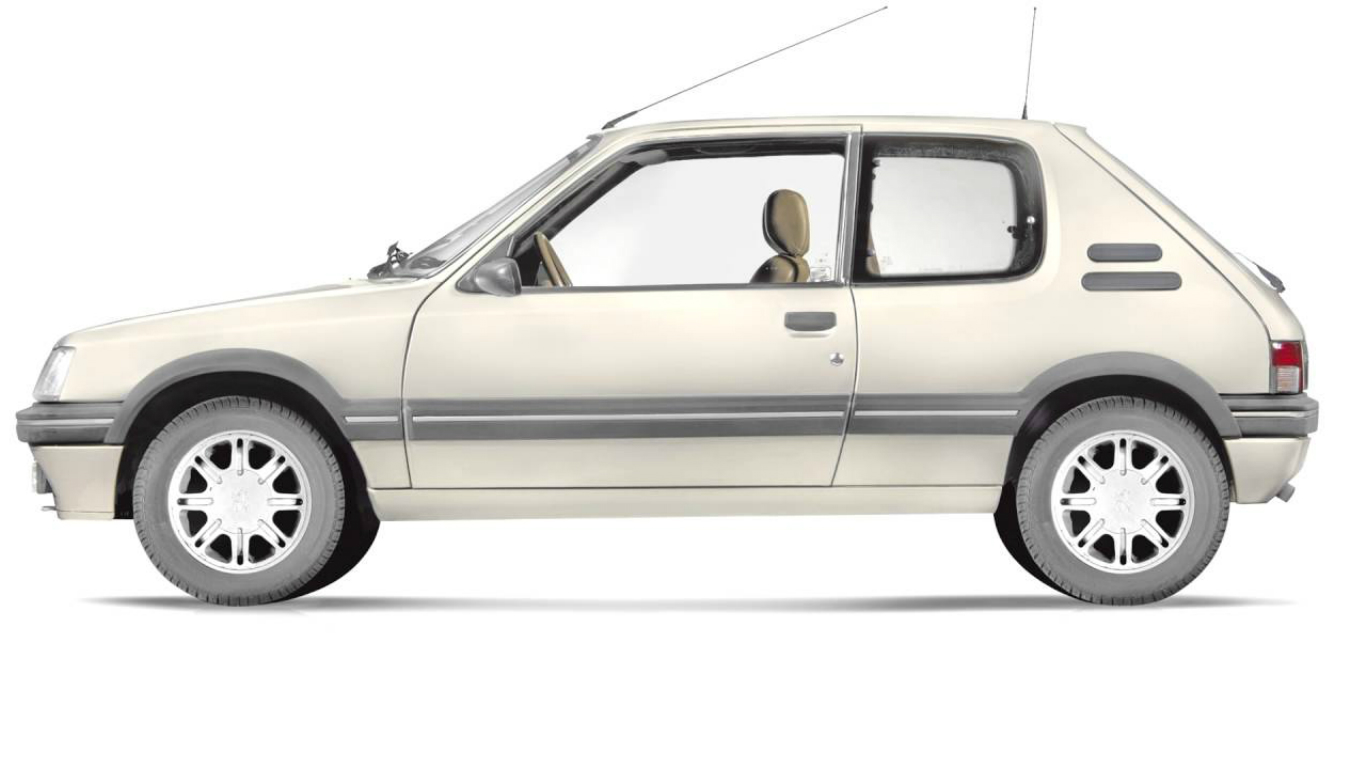 Looking every inch to the manor (or should that be ‘chateau’?) born, this is the Peugeot 205 Gentry. It might have the whiff of 205 GTi about it, but the Gentry was focused on luxury, featuring leather seats, polished wood door inserts, grey velour carpets and a choice of two different paints. Forget the Ford Fiesta Vignale – the French are the past masters of the luxury supermini. 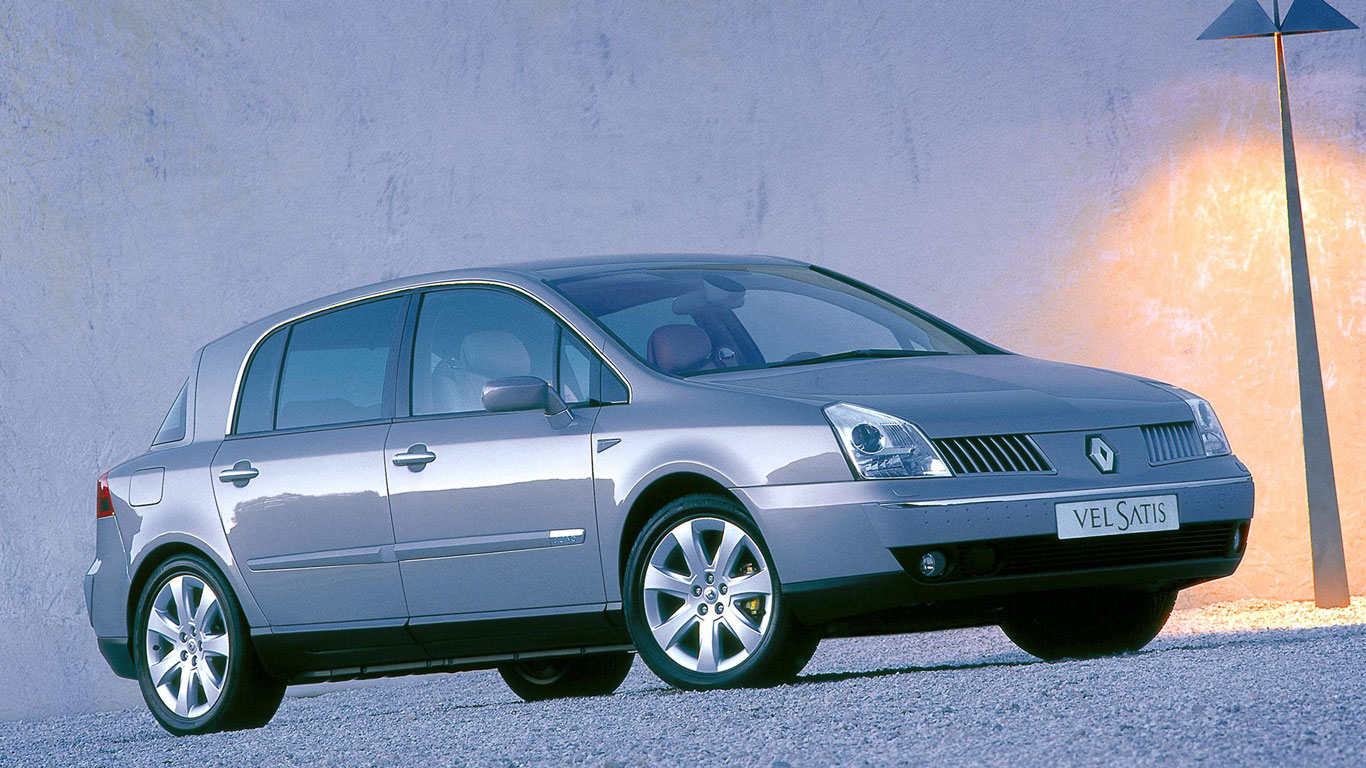 There will come a point, in the not too distant future, when you’ll be asked to collect a French diplomat from the airport. Suddenly, the Vel Satis will make sense, because if the big Renault is good enough for a French president, it’s good enough for you and the roving diplomat. Every so often, Renault disappears into a forest to pop a few pills, before emerging with things like this. “The Renault Vel Satis will shake up this class with its radical and imposing looks, class-leading interior space, and luxury-class features,” said Renault. Only nobody was listening. 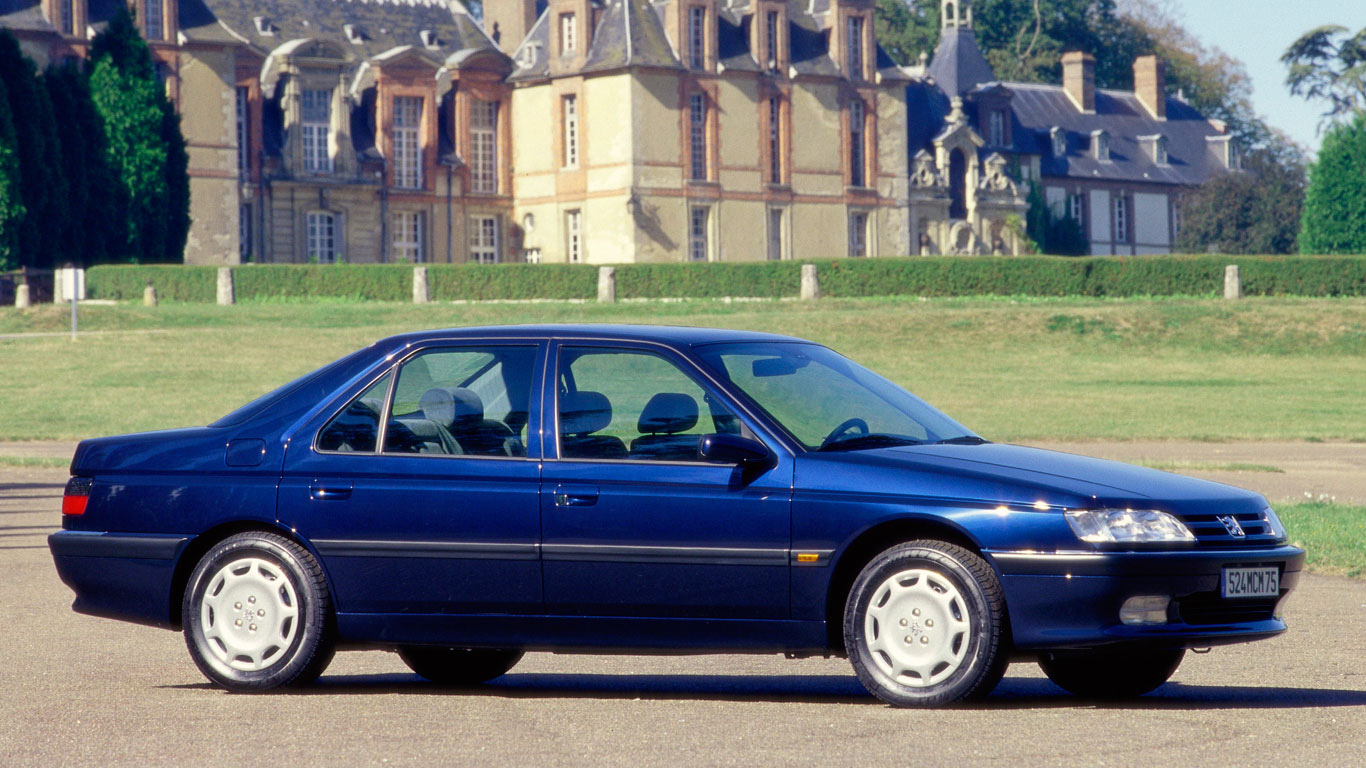 Do you miss the days when the French manufacturers were able to give the Germans a bloody nose in the executive car battle? As consumers, we’re partly to blame, because we didn’t buy French execs in sufficient numbers, rendering them tantamount to financial suicide for the importers. So, while, in V6 form at least, the Peugeot 605 felt like a 205 GTi in barge form, it’s just another chapter in the decline of the large French car. Today, the achingly attractive Renault Talisman is just about hanging on, but the future is shaped like the 3008 and Kadjar. Shame. 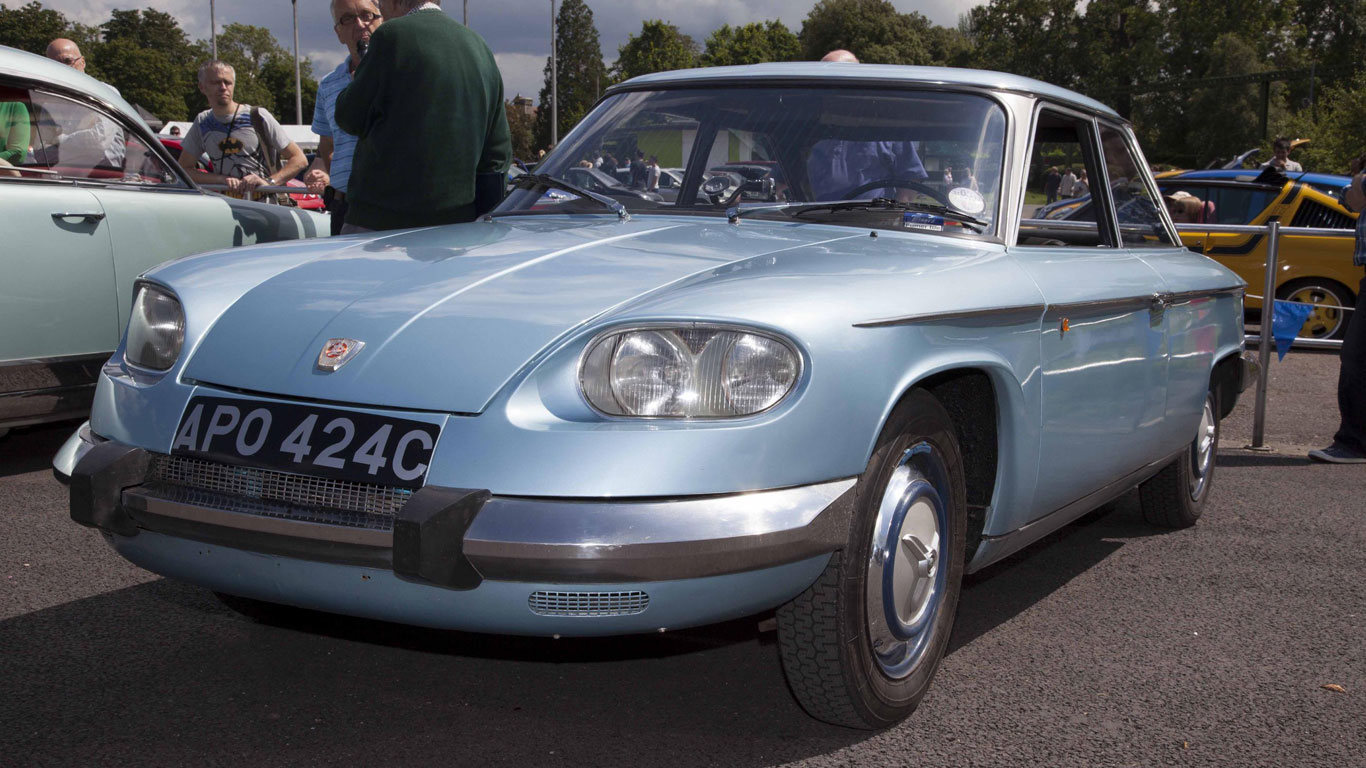 In the past, nobody could accuse the French of towing the line or following convention. Witness the two-door Panhard 24CT, based on the PL17, but with outrageously avant-garde styling. Again, not luxurious by today’s standards, while the performance of air-cooled flat-twin engine could only be described as brisk. But the 24CT takes us back to a time before crossovers, touchscreen infotainment systems and phoney premium status. Oh, how we miss it. 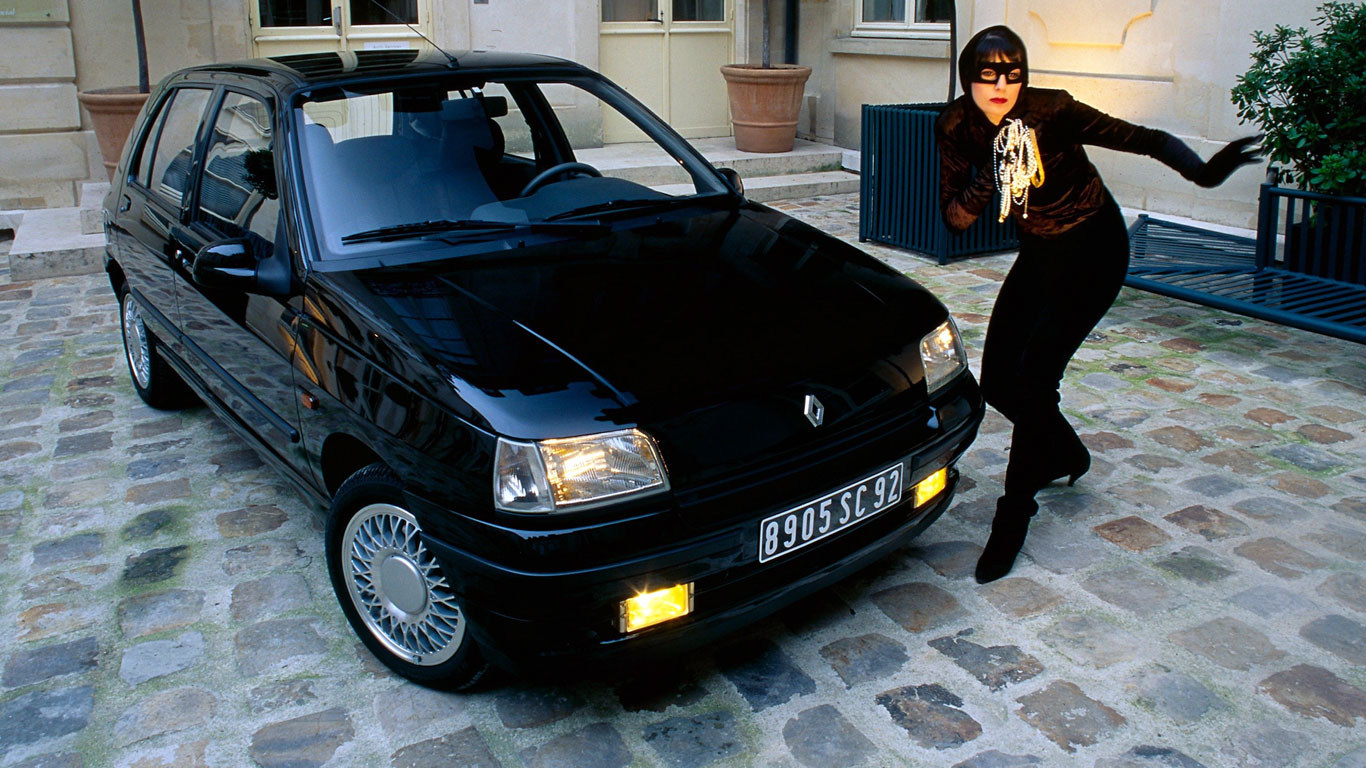 Ford is making a song and dance about the plush Fiesta Vignale, but the only real surprise is the price. At £20k, it remains to be seen if enough people will want to splash the cash on a posh Fiesta. But the concept is nothing new, because the French have been doing it for years. This is the Clio Baccara, complete with leather seats, walnut trim, multispoke alloy wheels and an original price tag knocking on the door of the iconic Williams. 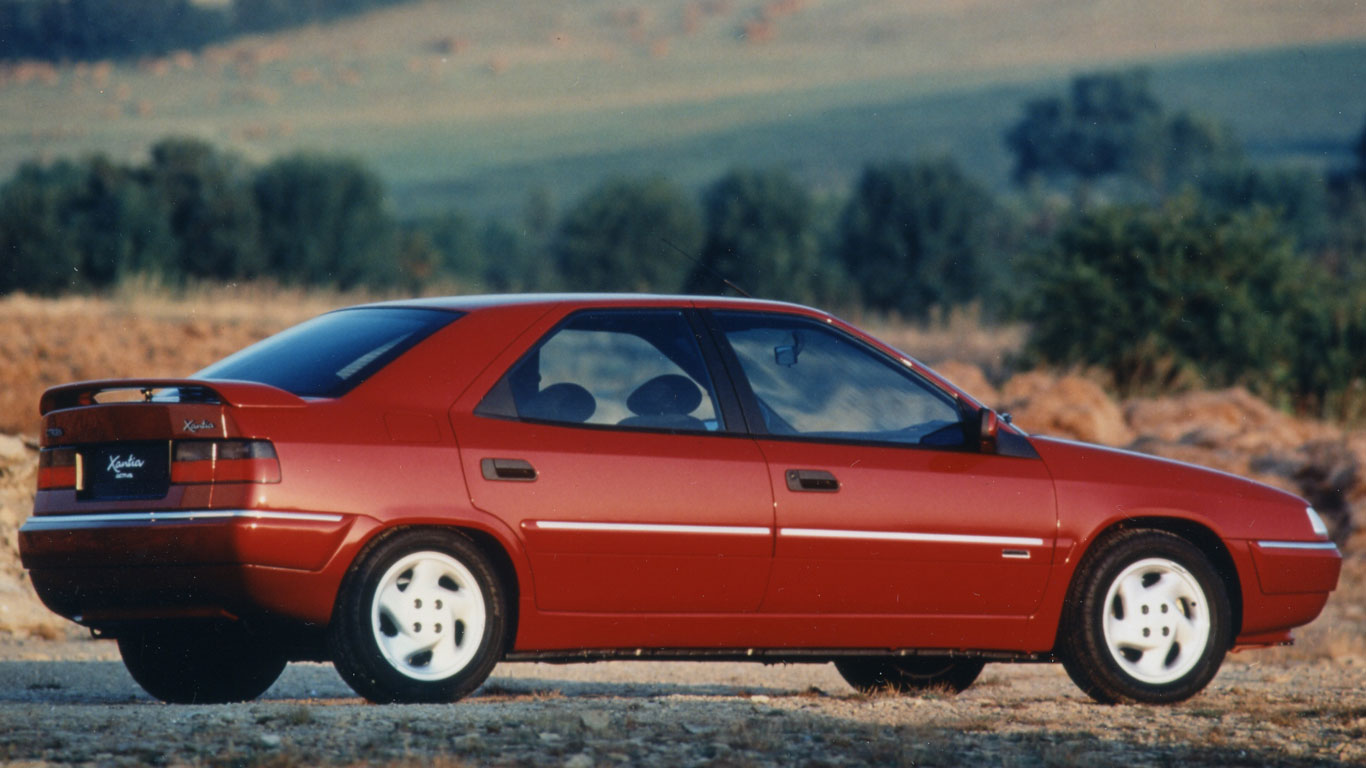 Granted, it’s a bit of a stretch to class the Citroen Xantia as luxurious, but the key here is the Activa. Thanks to its highly-adaptive, computer-controlled suspension, the Activa could corner like a sports car while offering levels of ride comfort to rival a luxury car. Sadly, we weren’t offered the V6 version. 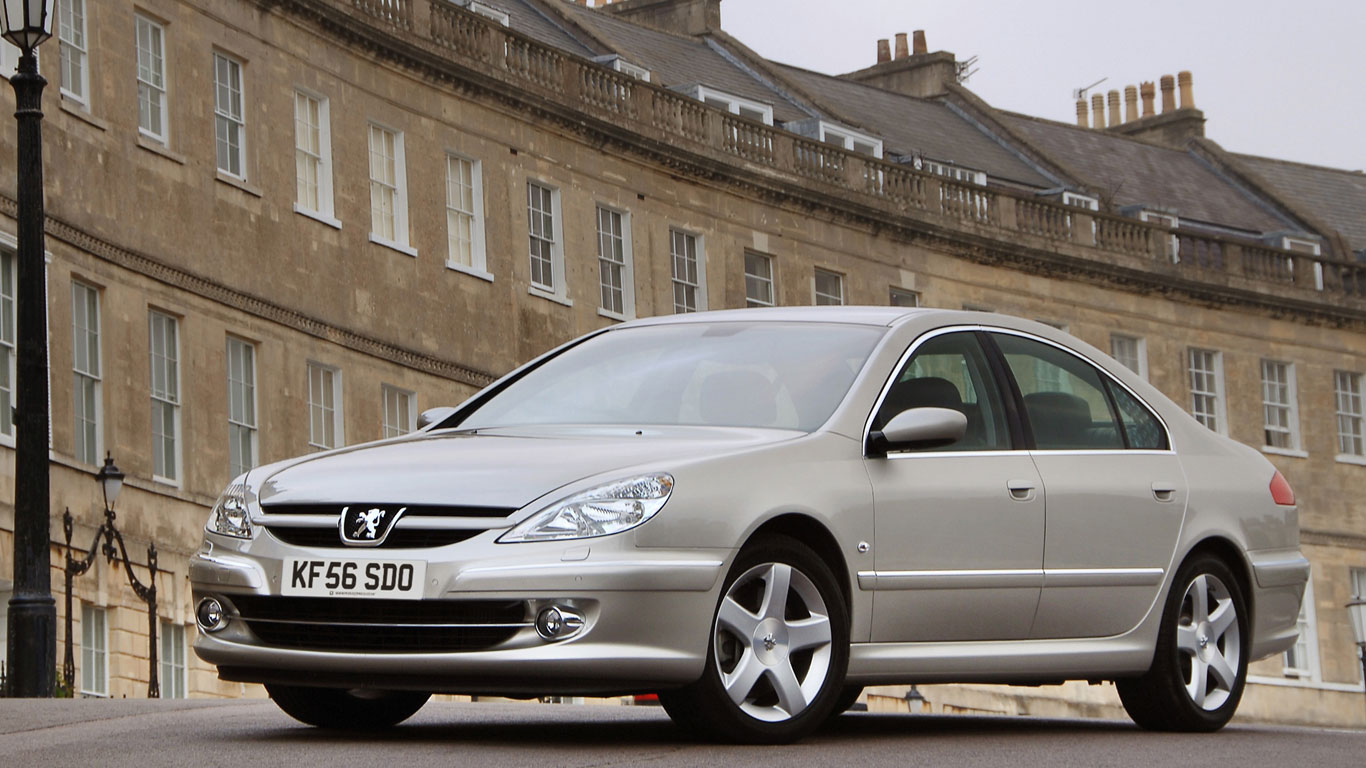 By the turn of the millennium, Peugeot had lost its way to such an extent that its badge no longer carried the necessary prestige to hold its own in the large executive sector. It’s not that the 607 was a bad car – it was comfortable, well-equipped and smooth in 3.0-litre V6 form – it’s just that it depreciated like a stone and there were far too many quality control issues. Still would, mind. 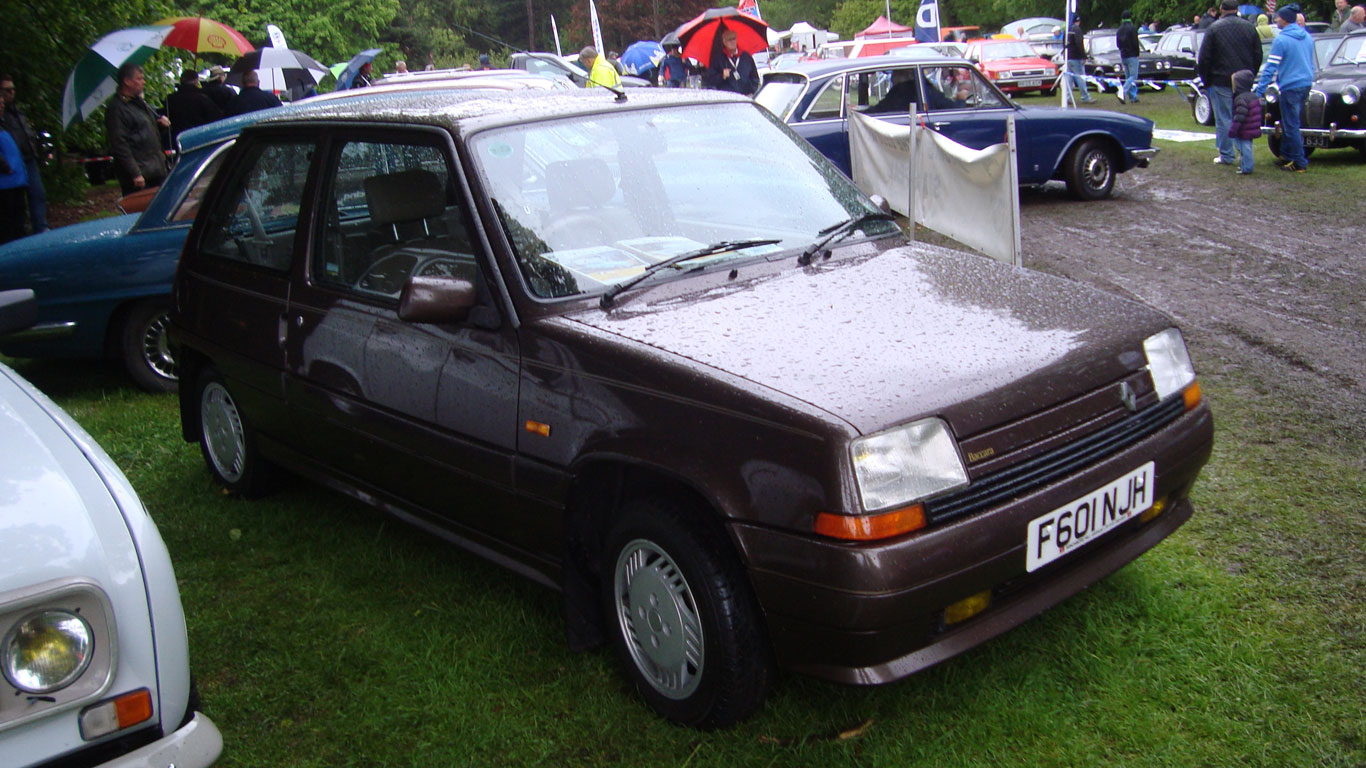 The Renault 5 Baccara – sold here as the Monaco – is yet another example of a plush supermini, aimed at the fashion-conscious man or woman about town. This super-plush ‘Super Cinq’ was blessed with Connolly leather and a host of upgrades not found on common or garden Renault 5s. Vignale? Pah. 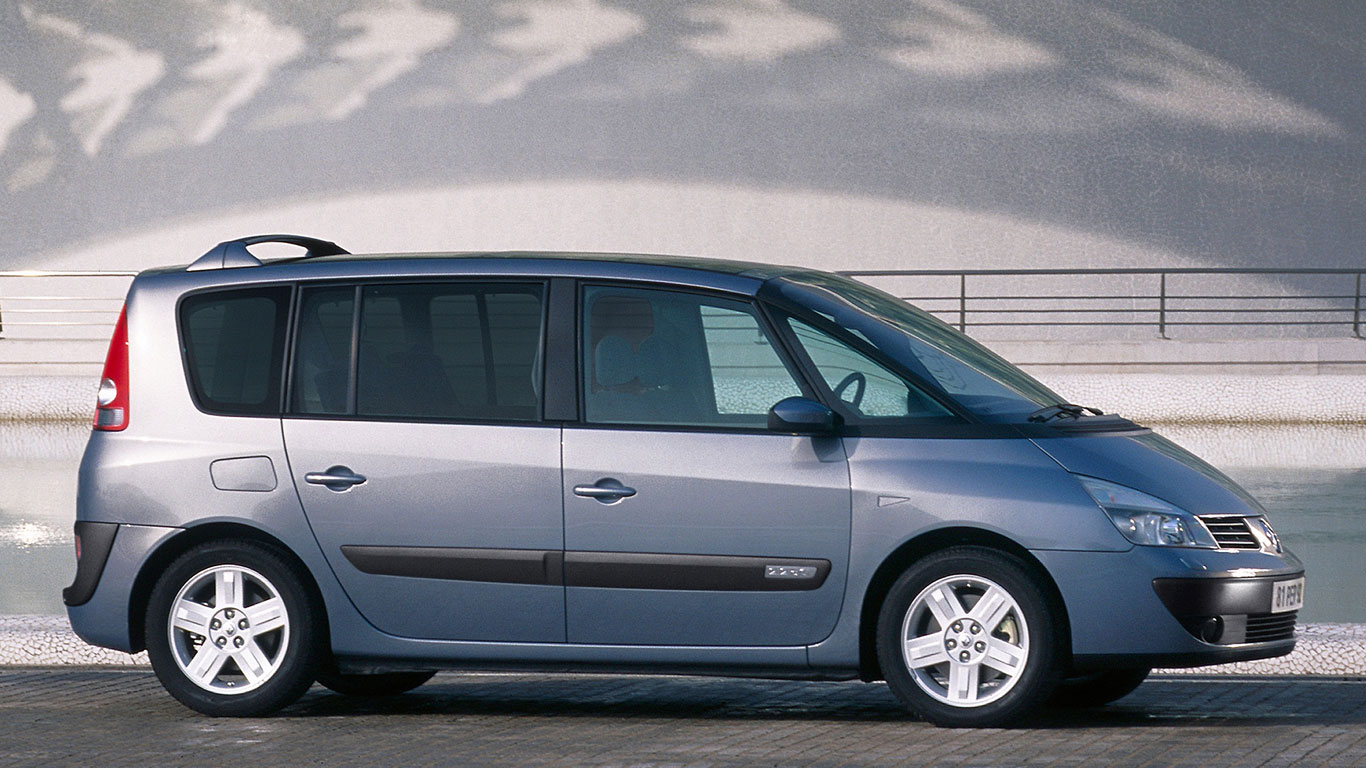 The MPV is a dying breed, but once upon a time, the Renault Espace was second only to the TGV when it came to sprinting across French soil in comfort. On land, at least. Heck, the original Espace even had the look of the French high-speed train. The Espace is still going strong, it’s just that it’s no longer offered in the UK. 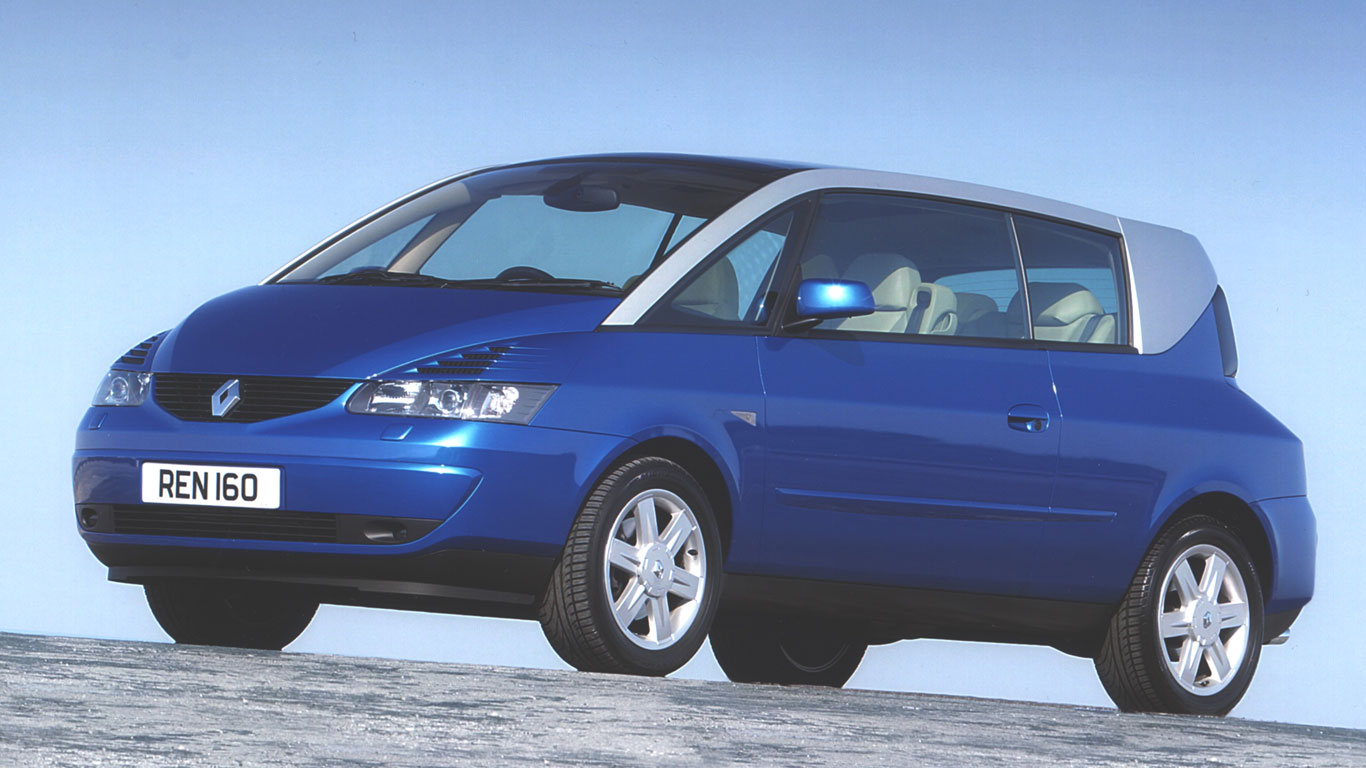 There’s only one Renault Avantime for sale on Auto Trader, with the seller describing it as “Renault’s maddest moment!” It’s probably up there, but when a company has a history of making F1-powered people carriers and F1-inspired quadricycle, the subject requires further debate. That said, the Avantime was undoubtedly idiosyncratic, if not without appeal. Who wouldn’t want a two-door, four-seat coupe the size of an MPV? If you’ve made it this far through the gallery, the chances are you would. And that’s a good thing, because Justin Bieber haircuts are so dull.

>NEXT: Are these Britain’s best retro cars?

We trace Peugeot’s hot hatchback heritage, from the famous 205 GTI forwards, and look at what might come next
Read more
Previous articleMR archive: Tesla Roadster review
Next articleWhy you should buy a retro car for the winter

Why chase Pokemon when you can chase an Austin Allegro?
Read more

‘Reborn’ editions to mark 60 years of the Jaguar E-Type

Jaguar will celebrate 60 years of the E-Type with six limited-edition pairs of restored cars. These pay tribute to ‘9600 HP’ and ‘77 RW’ respectively.
Read more

Ready for a spot of retail therapy? You’ll need deep pockets for some of these...
Read more
News

From racing Renaults to Formula 1: the story of Alpine

As Alpine enters Formula 1 for the 2021 season, we look back at the 65-year history of this storied French brand
Read more
Features

From the Lancia Trevi to the Citroen C6, these are some of the world’s coolest car dashboards
Read more