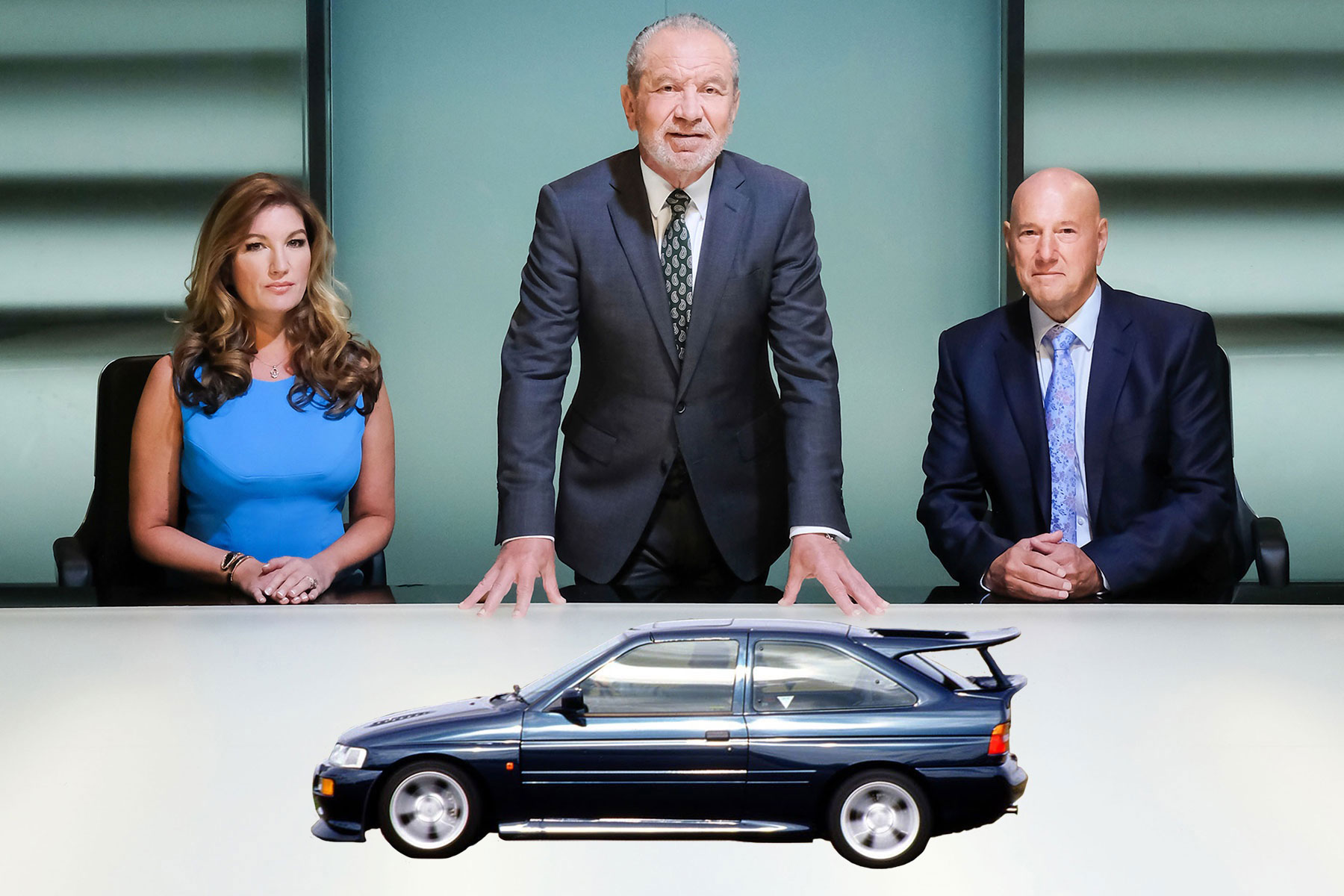 “Oh. My. God,” trumpeted Apprentice candidate Elizabeth McKenna as she strutted into a room containing a selection of Ford heritage vehicles.

The sight of an immaculate classic Ford is enough to send anyone weak at the knees, just ask our very own Tim Pitt, who hasn’t quite recovered from getting up close and personal with Ford’s ‘secret’ car collection.

For motoring fans, episode seven of The Apprentice promised to be the best yet, with the hopeless and hopeful remainers tasked with advertising a new car to avoid being given a hard exit.

“I’m giving each of the teams a brand new car out of the factory, and what you have to is come up with a campaign to launch it,” said Lord Sugar. Simple enough, when the car in question is the UK’s best-selling vehicle.

Only it proved to be anything but simple. The chosen names were terrible: ‘Expando’ sounds like a pair of elasticated slacks, while ‘Miami’ sounds like… well, a city in Florida.

It got worse. A terrible slice of misfortune (read: poor planning) led to one team arriving at a Norman settlement to shoot a TV ad for the all-new Expando (a de-badged Ford Fiesta).

“They’ve gone medieval. They didn’t even have cars then, did they?” questioned a deadpan Harrison Jones. Well, duh. Time to get on your packhorse and ride out of this medieval town.

What has this got to do with Motoring Research? Truth be told, not a great deal, we just thought it would be an opportunity to relive (shamelessly plug) our time at the Ford heritage warehouse and share a couple of old Retro Road Tests.

Still, if brazen piggybacking is good enough for Mike Brewer…

As you know I’m a fan of the @FordUK Fiesta.. well tonight on @BBC Apprentice they get involved in the launch of the new one.. should be a fun watch. pic.twitter.com/4uhp4M1VTu

Here’s Tim Pitt’s pick of the cars hidden away in the Dagenham warehouse, displayed in less salubrious surroundings than a well-lit room in Dunton. But wait, because here’s a video of even more classic Fords – created by Bradley Lawrence. There’s no way Tim or Bradley would ever face the wrath of Lord Sugar in the boardroom.

Did you spot the Ford Sierra RS Cosworth on television? Tim drove it and managed to include a reference to Shakin’ Stevens in his Retro Road Test. But don’t let Cardiff’s ‘Shaky’ put you off, because it’s a good read.

Not to be left out, here’s our editor of all things Retro falling in love with a Mk1 Ford Expando. There’s a disappointing lack of Shakin’ Stevens in this Retro Road Test, but you’ll be pleased to know that Andrew resisted the temptation to drop in on his local Norman settlement.

>NEXT: Retro and classic favourites at the NEC Classic Motor Show

No, it doesn't necessarily mean a costly restoration...
Read more

When it comes to road transport, four wheels are generally better than three, and if staying dry and safe bothers you, two...
Read more
Great Motoring Disasters

You could sort of see the logic, but not the beauty. True, the SEAT Toledo has never been automotive eye candy, but...
Read more
Features