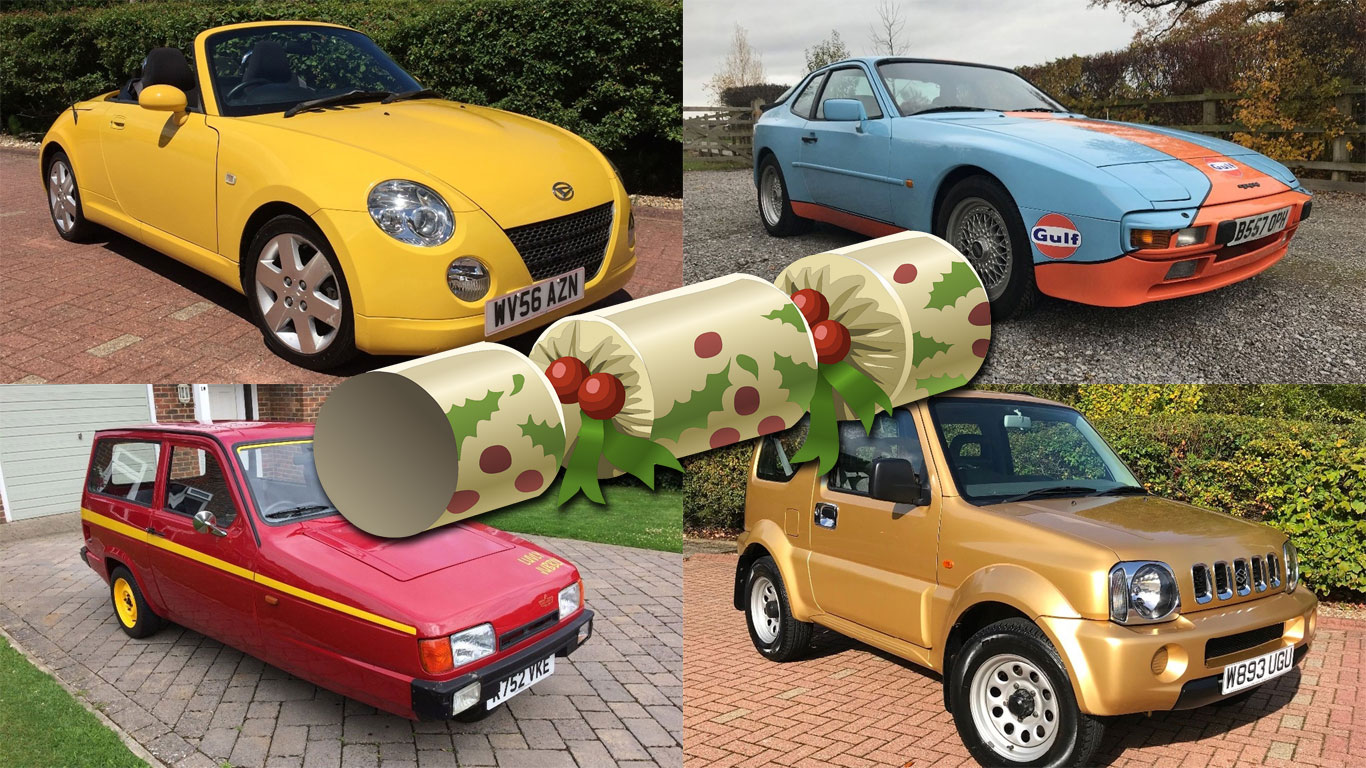 Few of us will be fortunate enough to find a car in our stocking this Christmas, but that doesn’t stop us dreaming of some new wheels.

But here’s our advice: don’t rely on Santa. Instead, with our list of 20 cars, you can find a vehicle guaranteed to raise a smile over the festive period – and still have change to spend in the new year sales. In all cases, they’re available on Auto Trader for less than £5,000. 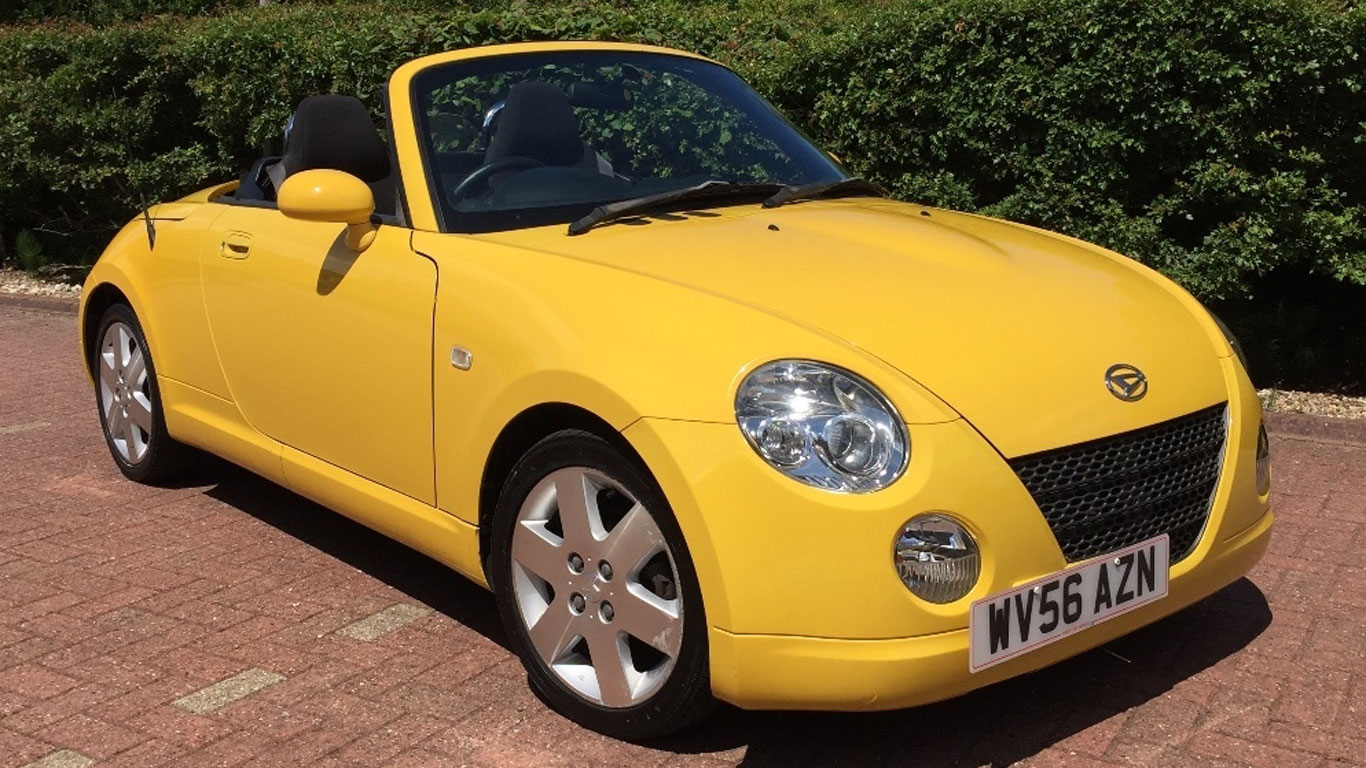 “Simply the most fun you can have on four wheels,” claims the seller, which might be stretching things a little. That said, you’d need to be severely lacking in festive cheer not to look at the Daihatsu Copen and smile.

This little roadster is powered by the original 666cc turbocharged engine and benefits from relatively low mileage and one lady owner from new. The later 1.3-litre version might be more economical and user-friendly, but the 0.7-litre motor offers the true spirit of the kei car. 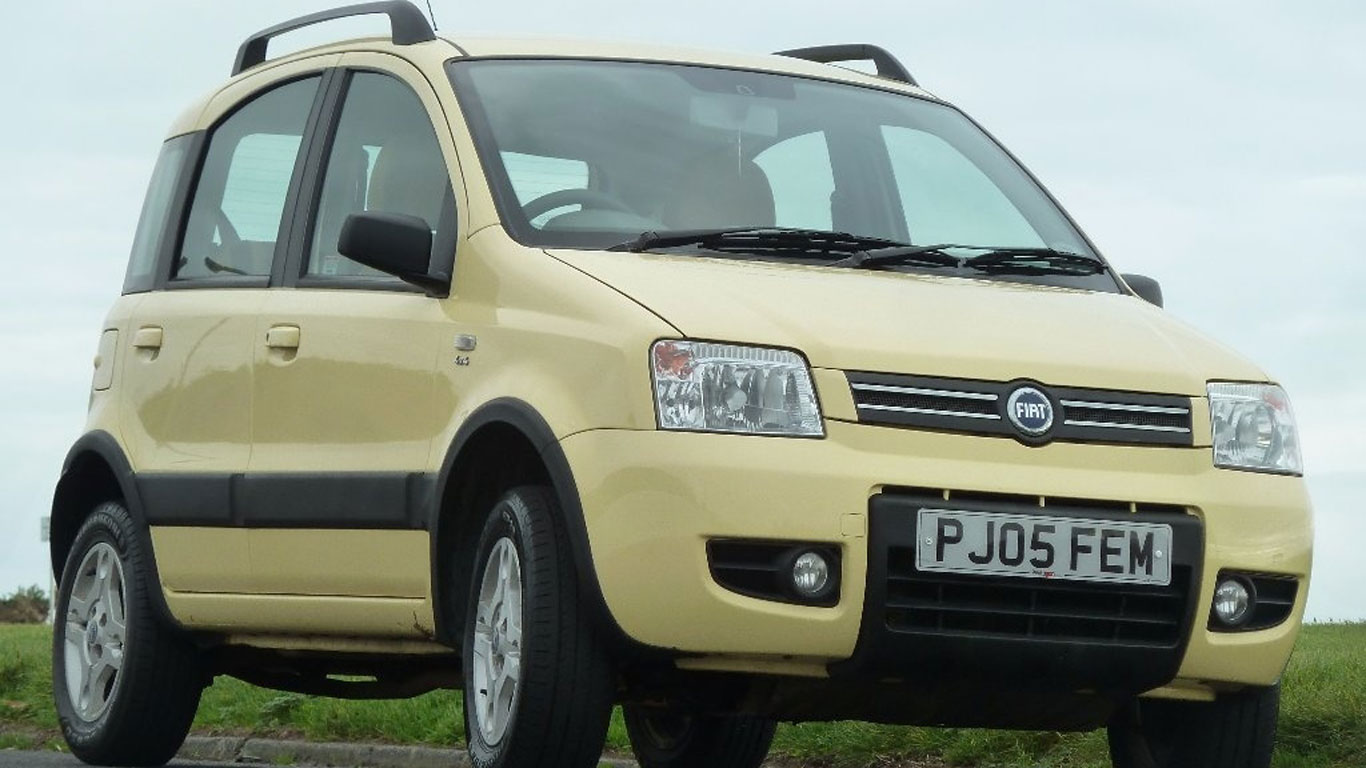 The Fiat Panda 4×4 is proof that you don’t need a two-seater sports car to have a good time. Show the little off-roader a hill and it’ll go scampering up to the top like a mountain goat. It’s no coincidence that these things are everywhere in the Tuscan hills and Italian Alps.

This 2005 example looks a bit special, with full service history, a new clutch, and two previous owners. The interior appears to have worn very well, which just goes to prove how robust and durable these things are. 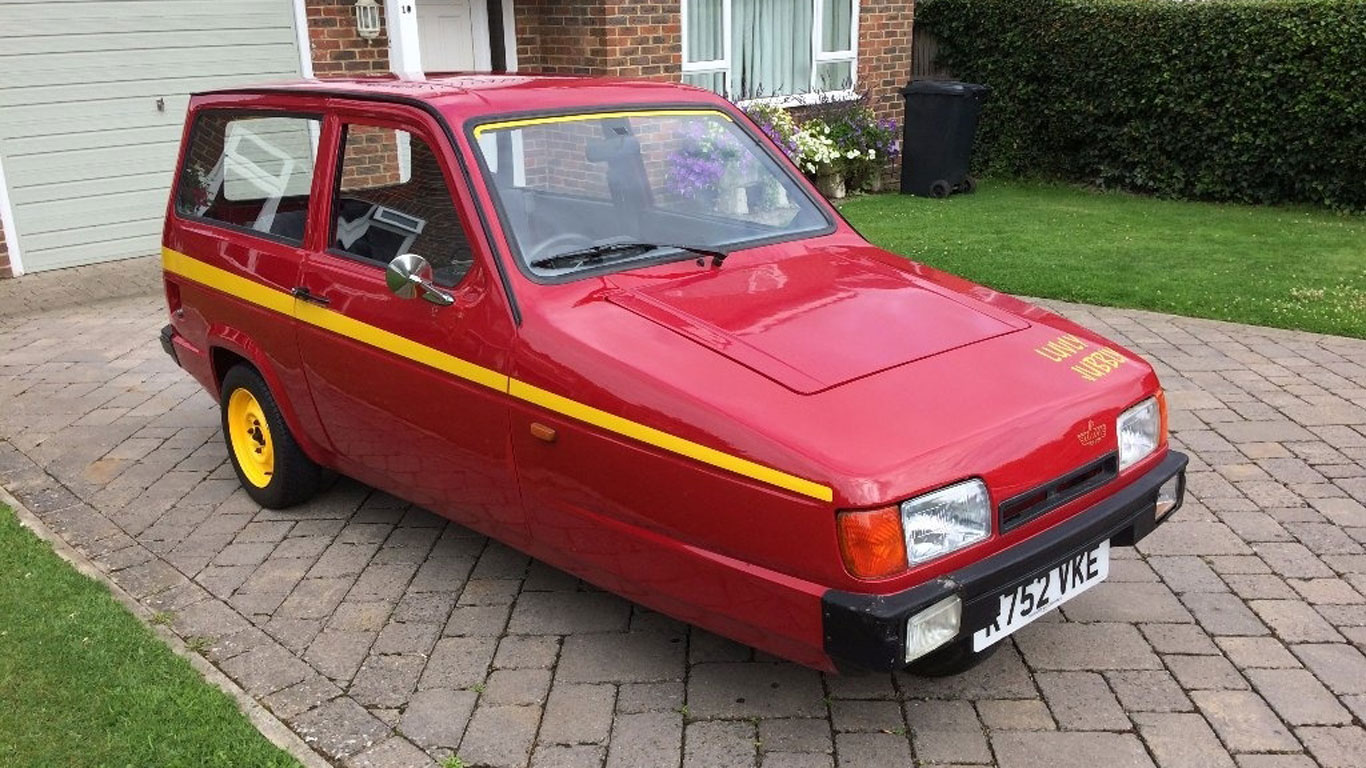 Sticking ‘Luvly Jubbly’ and ‘This Time Next Year Rodders’ stickers on your Reliant Robin doesn’t make it “Almost Del Boy,” but you have to admire the seller’s sense of humour. Besides, a red Robin with yellow stripes and wheels is guaranteed to spread Christmas cheer.

In 1989, Reliant dusted off the Robin name for the Mk2 version, which featured a new fibreglass body attached to a galvanised chassis. Cool thing, this. 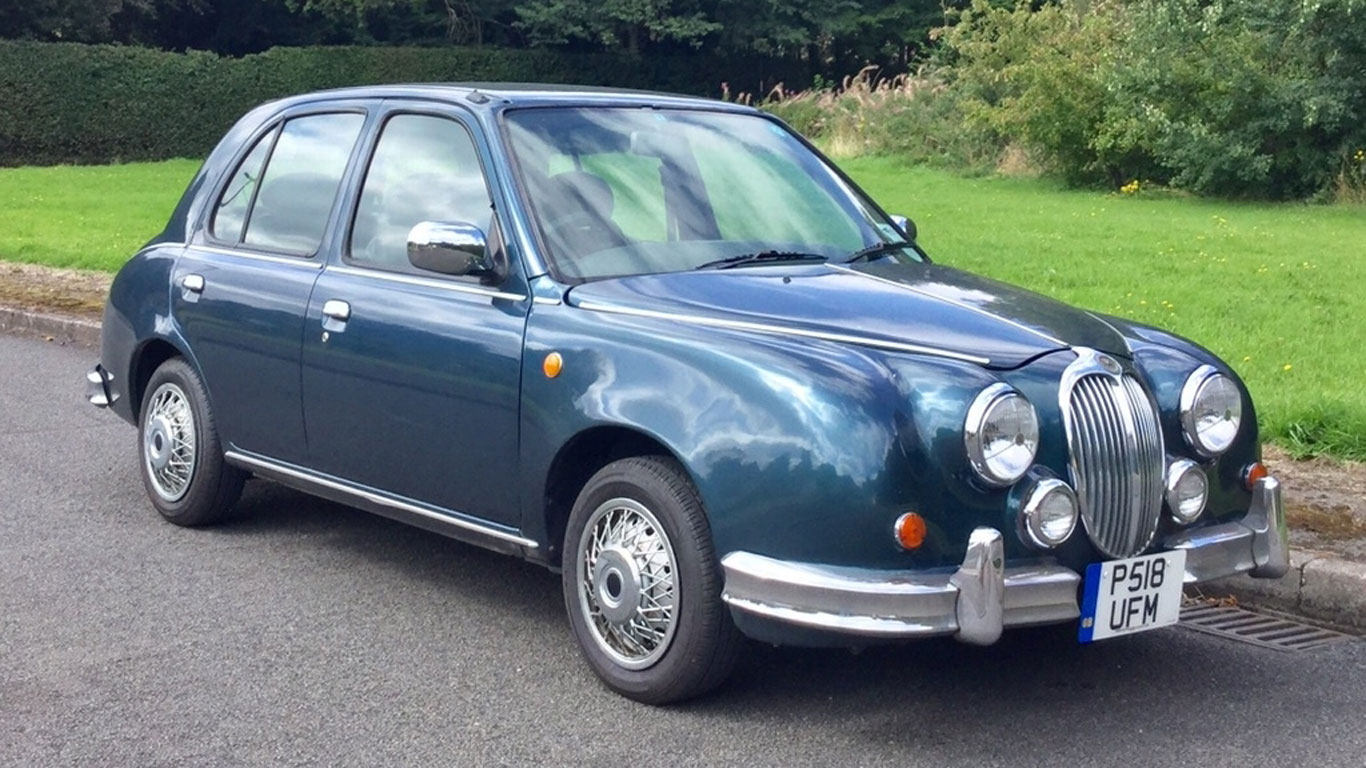 There’s been a murder, Lewis, and it involves a Nissan Micra and the memory of the Jaguar Mark 2. Quite what Inspector Morse would make of this retro-inspired car of the 90s is anybody’s guess.

The chances are you don’t like it – many people don’t – but it would certainly raise a few smiles at the next Jaguar Drivers’ Club event. No, not smiles, something else. 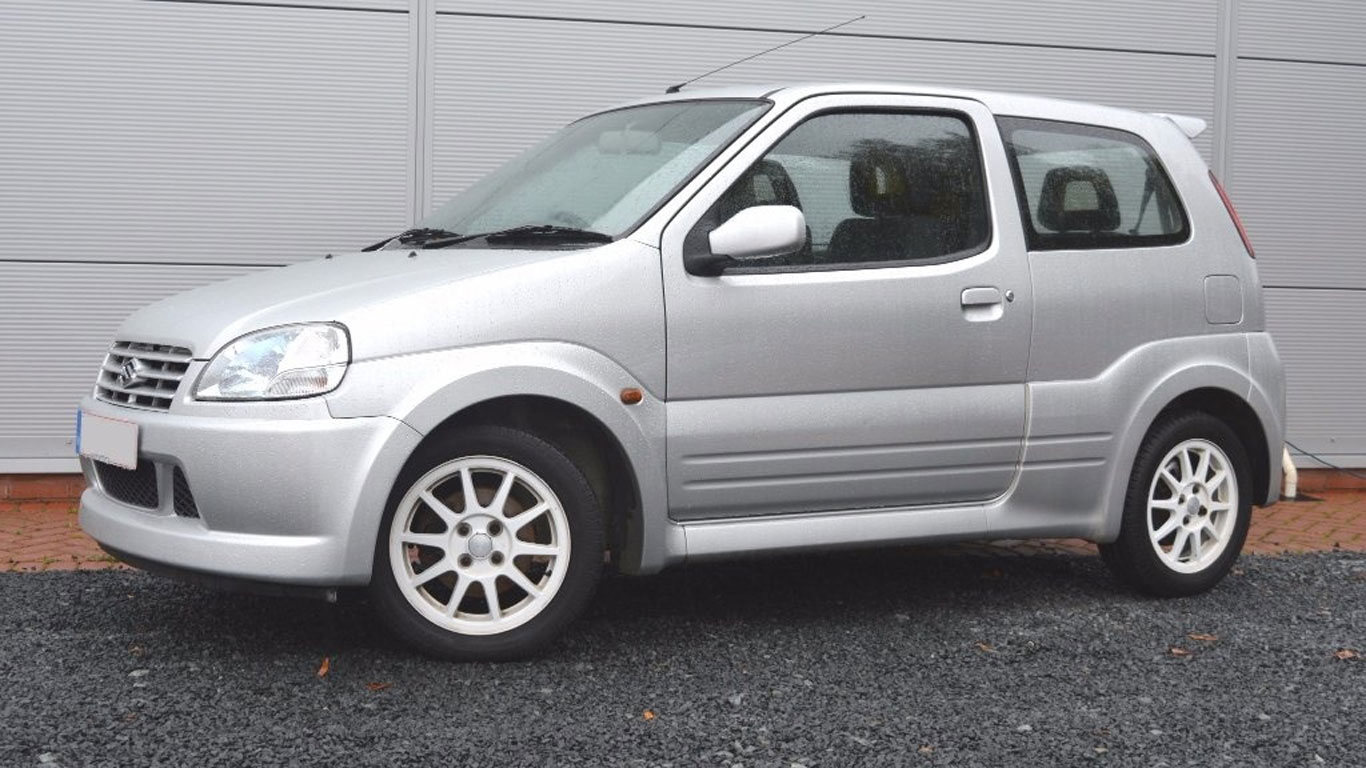 The Suzuki Ignis Sport is about more than just the yellow fishnets in the head restraints. This cult classic has genuine motorsport pedigree, seeing action in the Junior World Rally Championship (JWRC).

It’s powered by a 1.5-litre VVT engine developing 107hp, which might not sound like a lot, but the Ignis weighs just 945kg. Think of it as a pint-size rival to the Fiat Panda 100hp, Ford SportKa and Mini Cooper. Go on, you know you fancy it. 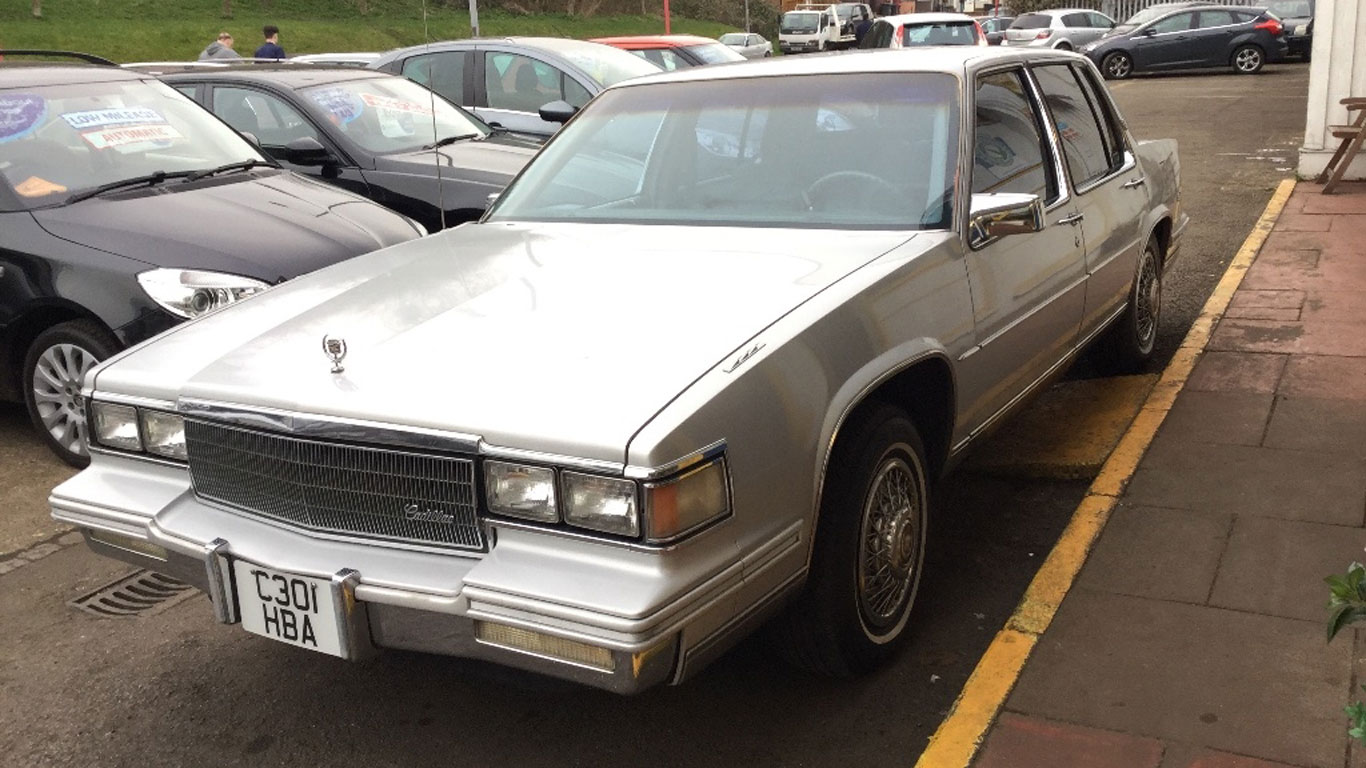 If you enjoy curvaceous bodies, soft plastics and razor-sharp dynamics, we politely suggest that the Cadillac DeVille isn’t for you. However, if you have an open mind, you might enjoy this Caddy. 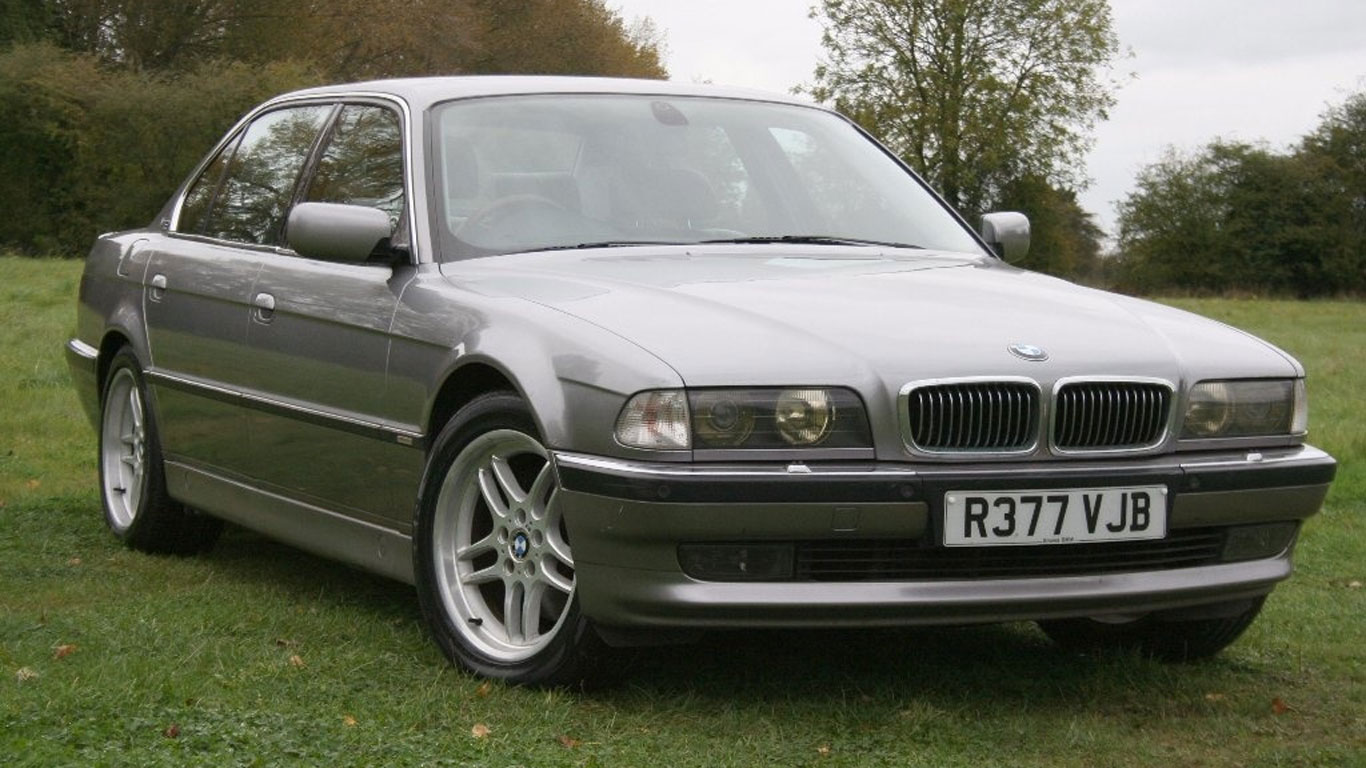 Here’s a little slice of James Bond for just £4,000. The BMW 750iL was driven by 007 in Tomorrow Never Dies, including a memorable scene involving a multi storey car park and a novel way of returning a car to an Avis rental desk. 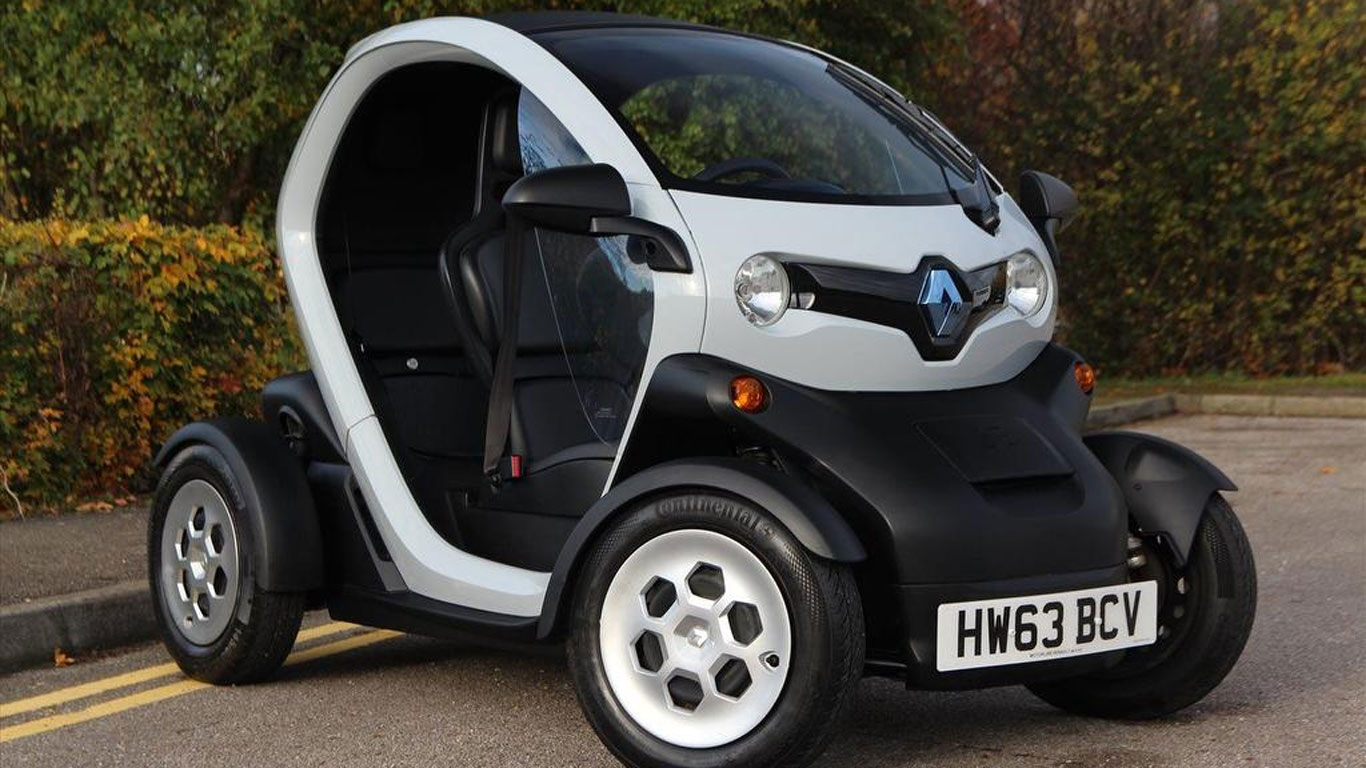 From the ghost of luxury and performance past to the power of the future. Your first drive in a Renault Twizy is guaranteed to be a memorable experience, although we’d recommend a sunny day for maximum pleasure.

This electric quadricycle has covered 3,100 miles and is up for £4,999, although this price doesn’t include the battery hire. 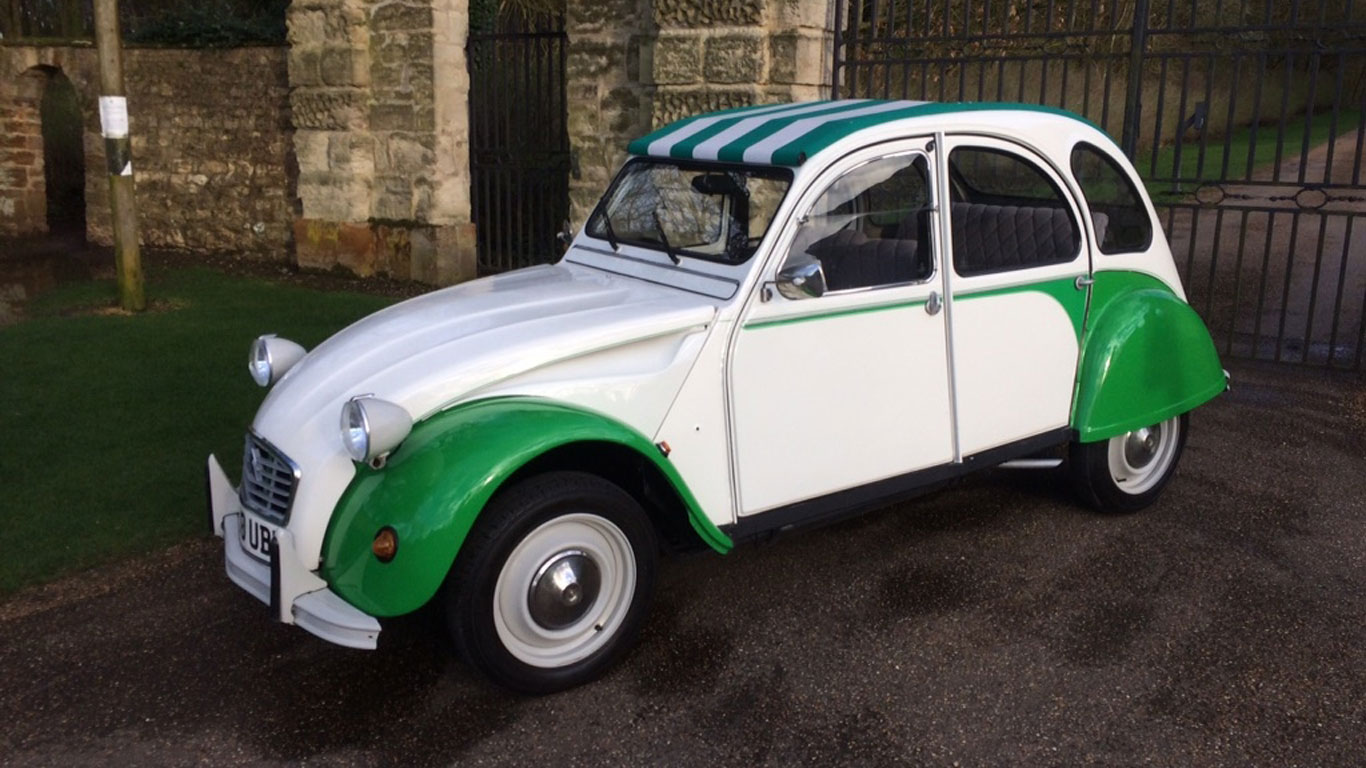 If you intend to spend the Christmas holidays delivering eggs to people in rural communities, this is the vehicle of choice. Unveiled at the 1948 Paris Motor Show, the revolutionary Citroen 2CV was a revelation, helping to mobilise an entire nation.

This 1986 example features the familiar two-tone bodywork of the Dolly model, along with an engine that has covered an impressive 183,000 miles. 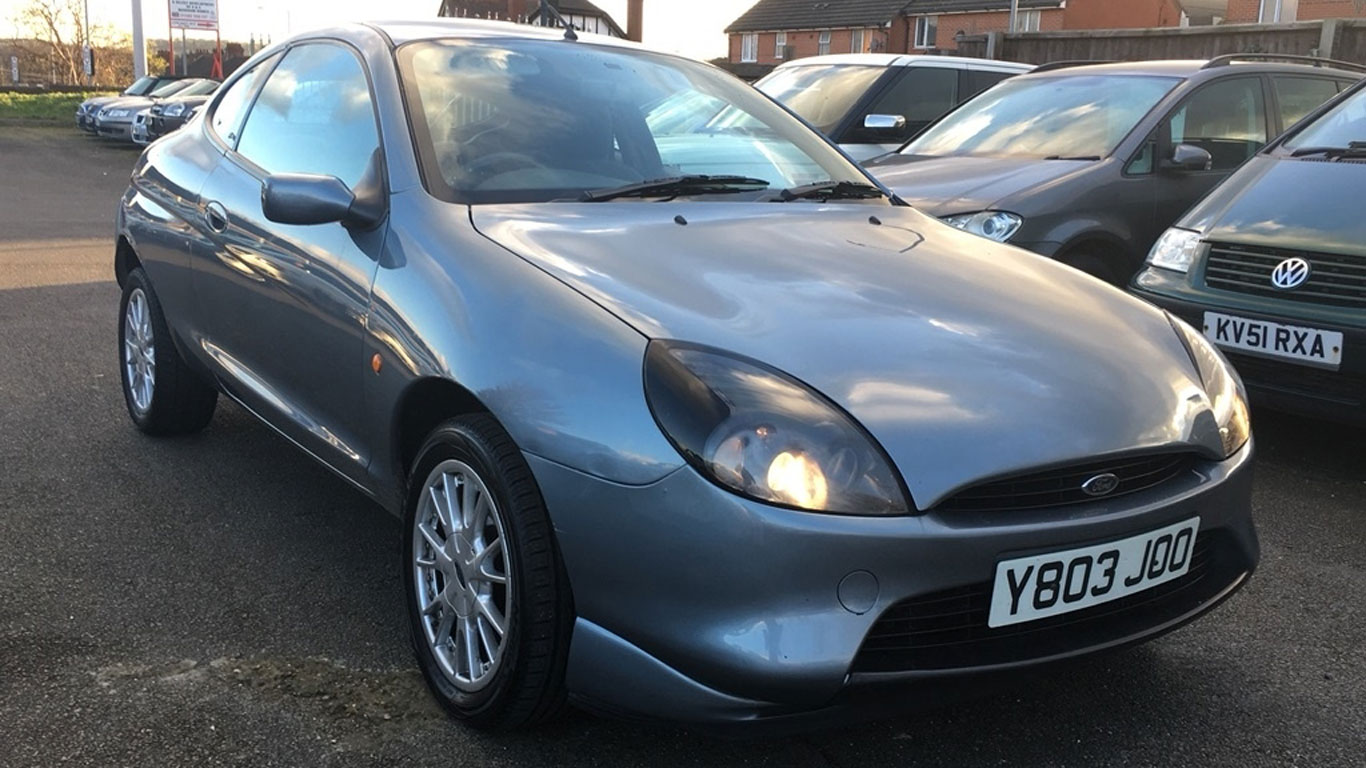 The Ford Puma rewrote the rule book of how a small coupe should drive, rendering all of its contemporary rivals null and void. Heck, the Puma was also a match for a number of hot hatches.

Today, hunt down a rust-free 1.7-litre version and enjoy one of the greatest front-wheel-drive cars of all time. This one has an MOT until July 2018 and is up for £850. 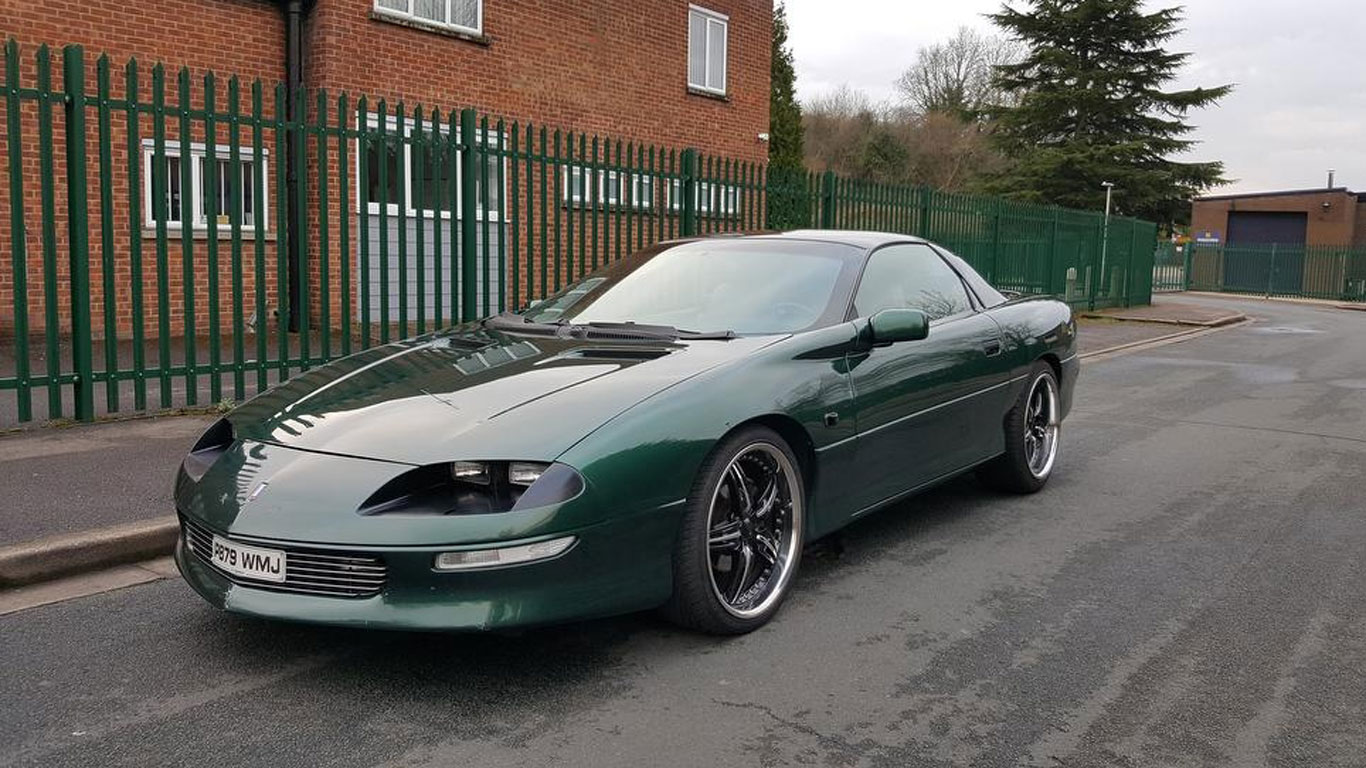 Do you need a Chevrolet Camaro in your life? Probably not. Do you fancy this 1996 Z28? Of course you do.

The fourth generation Camaro was unveiled in 1993, with the Z28 powered by the Corvette’s 5.7-litre small-block V8. This one is up for £3,900 and looks a whole lot more interesting than a supermini or a crossover. 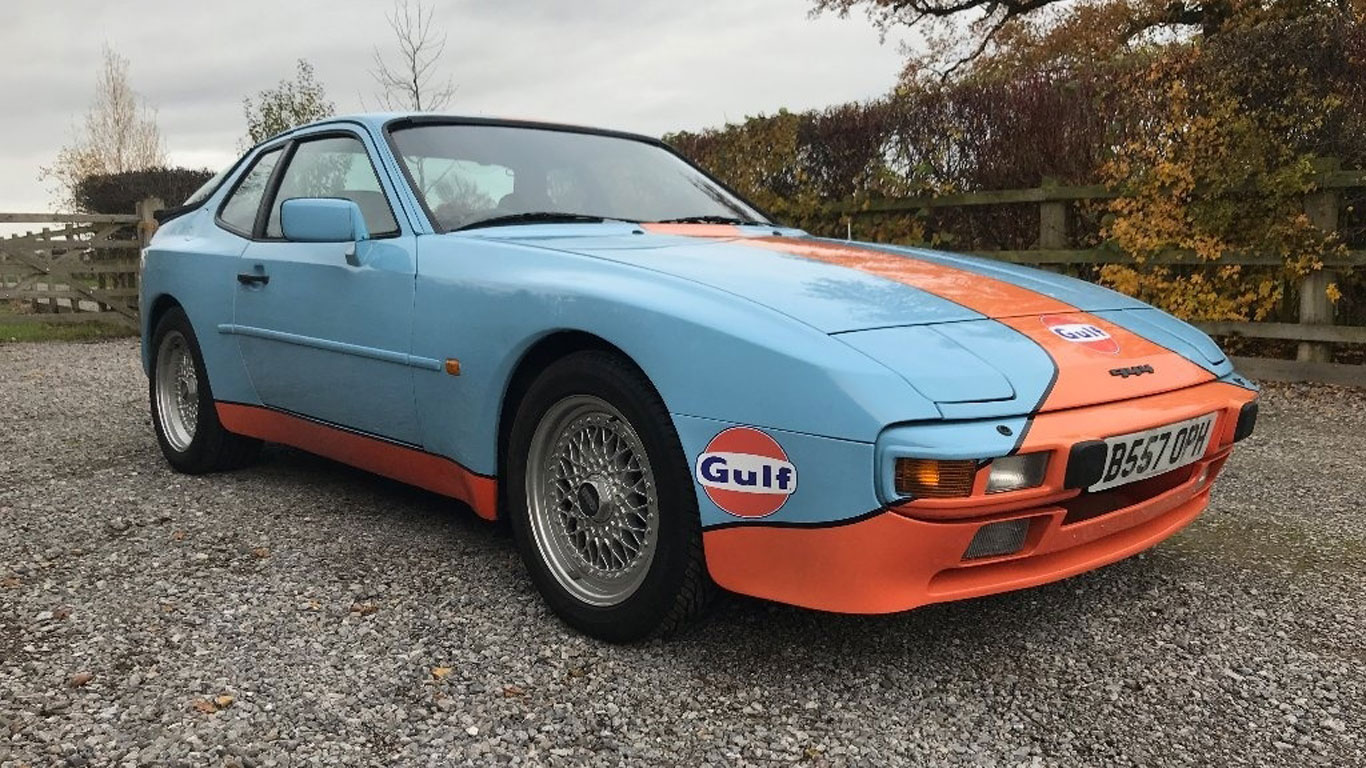 Porsche 924, 944 and 968 prices have been on the rise for while, but they still represent an affordable entry into Porsche ownership. A 944 in Gulf Racing colours won’t appeal to everyone, but you’re unlikely to lose it in the station car park.

“This is an ideal track day car or perfect for the pilgrimage down to Le Mans or Spa next year,” claims the seller. Yours for around £4.5k. 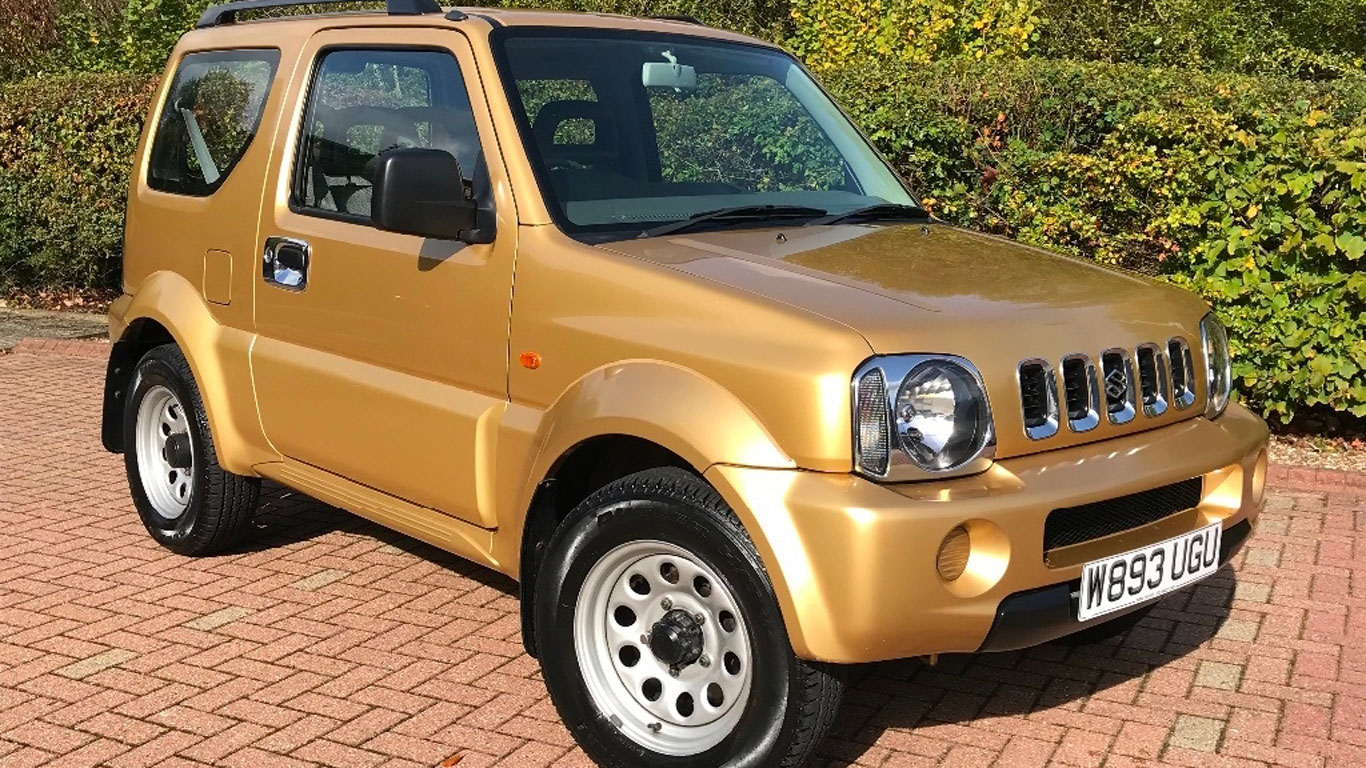 You know what they say about good things coming in small packages? That’s certainly true of the Suzuki Jimny, which remains on sale as one of the last bastions of the old-school 4×4.

This turn-of-the-millennium example has covered a mere 10,000 miles and is said to be in a “truly remarkable” condition. Take it off-road and you’ll be grinning from ear to ear. 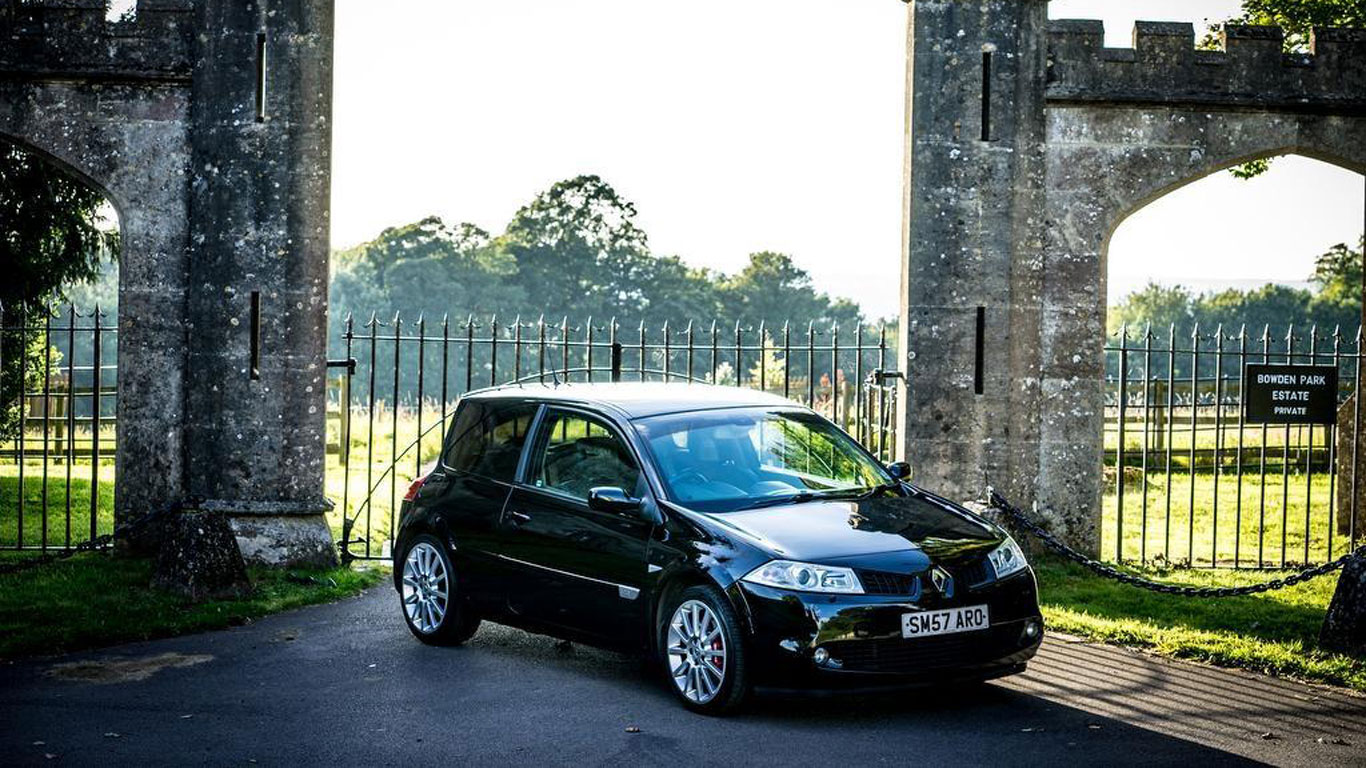 Built at a time when Renaultsport was a byword for brilliance, this Megane looks like a cracking buy. ‘Just’ 225hp from a 2.0-litre engine might not seem like a huge deal in an era of 300hp+ hot hatches, but in its day, the Megane RS 225 was swift enough.

A few subtle modifications, low mileage, and full service history are three highlights. Yours for £3,695. 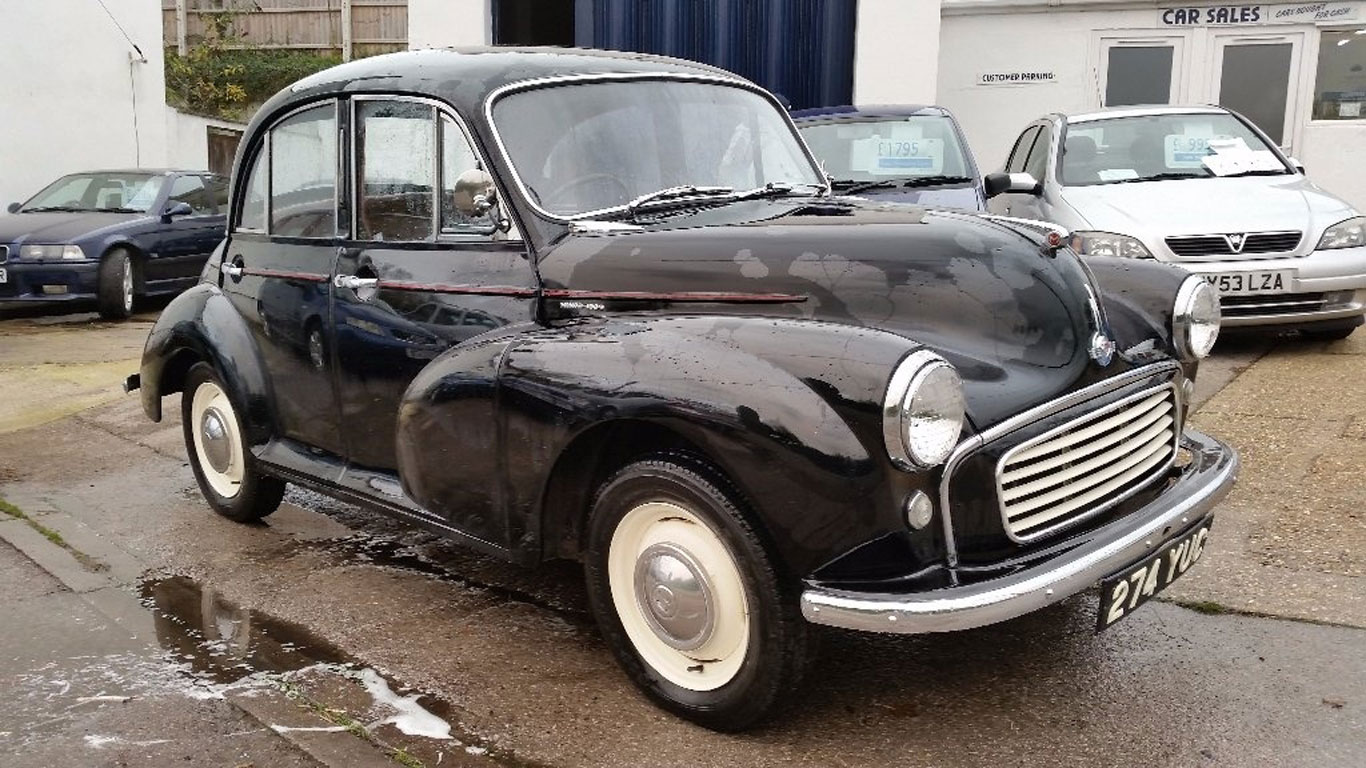 If you want to learn and master the basics of car control, you could do a lot worse than buying a Morris Minor. Narrow tyres, rear-wheel drive and non-assisted steering are just three of the reasons why it makes such a cracking buy. 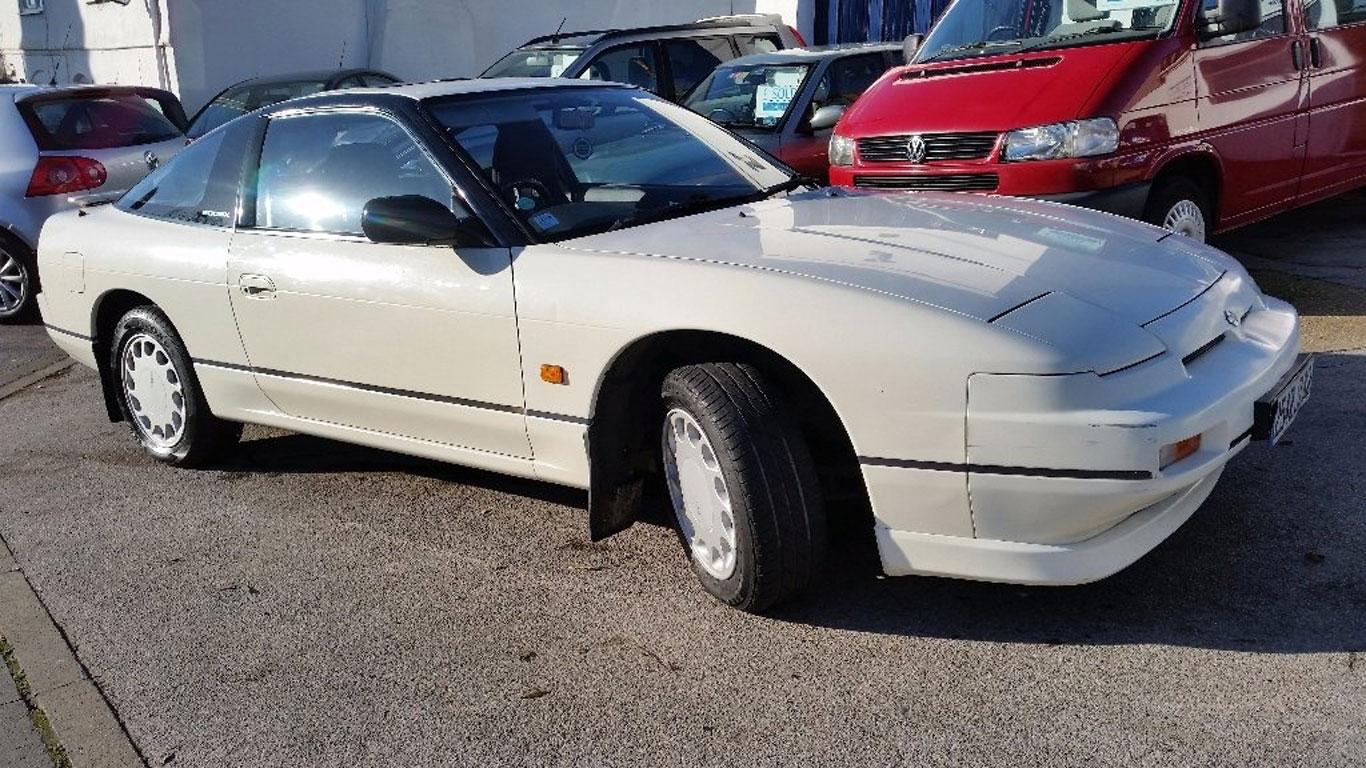 Finding an original and unmodified Nissan 200SX is tough, although the fact that this one is automatic and spent time in the south of France has probably helped its cause. On the plus side, the French climate should mean little or no rust.

It’s a right-hand drive example, having been registered in the UK, but was exported to France in 1999. 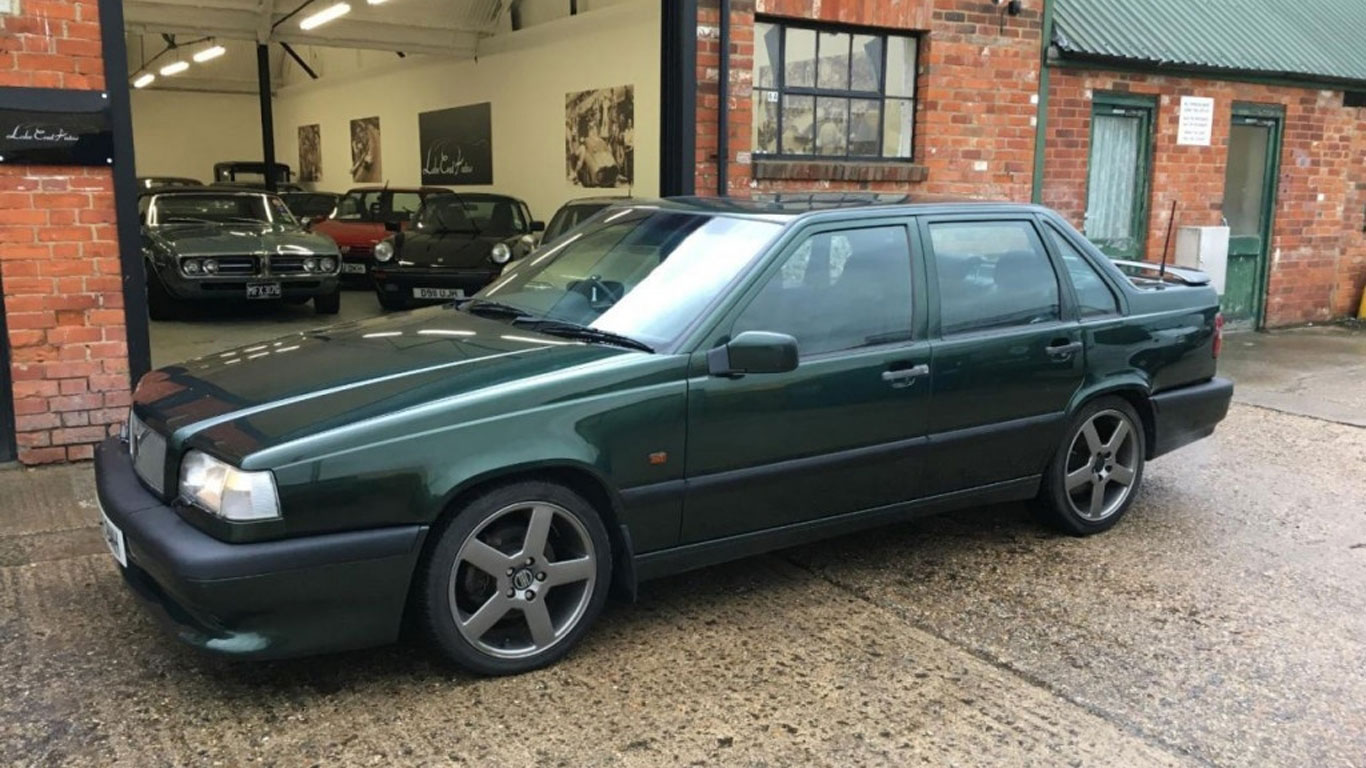 In the Motor Sport review of the Volvo 850 T5-R in 1998, Andrew Frankel said: “In almost a decade of road-testing, I only drove one new car which rode worse – an Indian Jeep imitation.” Ouch. But does that stop you wanting one? Of course not.

The 2.3-litre five-cylinder engine is a gem, even if the Volvo struggles to cope with all that power being pushed through the front wheels. But as Frankel admitted, the saloon was actually better than the wagon, which is your permission to go ahead and purchase this 1995 example. 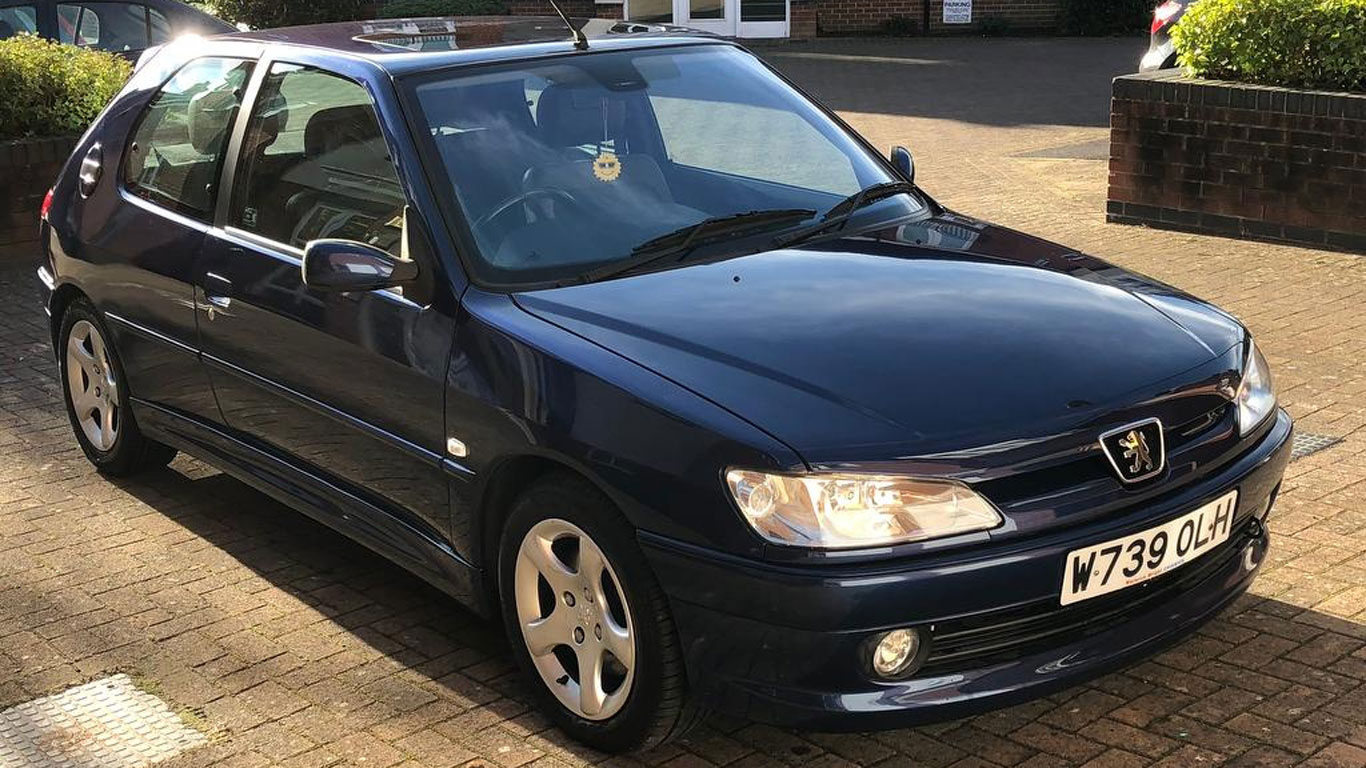 It’s not the cheapest 306 GTi-6 on the market, but it’s probably one of the best. And what’s £3,500 when 205 GTis are changing hands for figures that look like telephone numbers?

This 2000 example has covered 69,200 miles and has a folder full of invoices and receipts. Whisper this, but the 306 GTi-6 is arguably better and more usable than the 205 GTi… 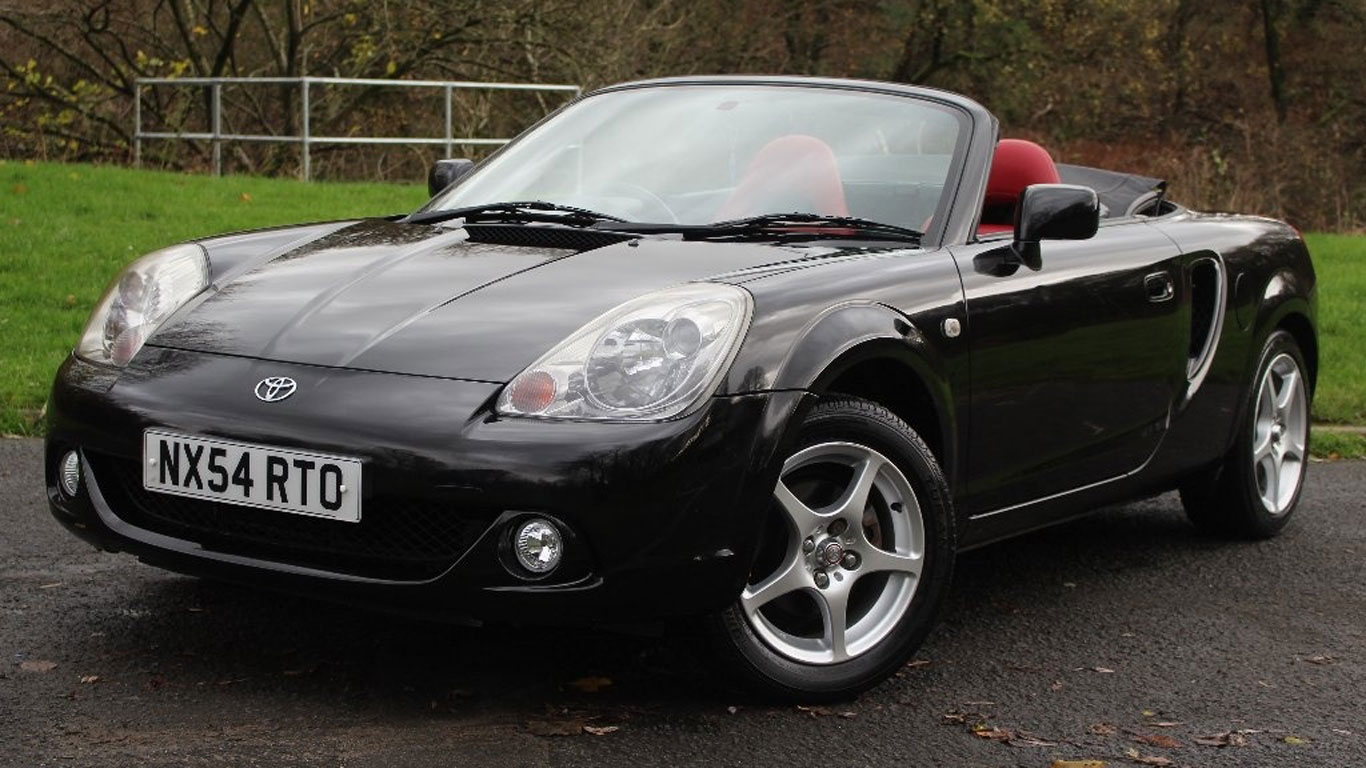 What, no Mazda MX-5? The brilliance of the Japanese sports car has been well documented, almost to the point that it becomes white noise. Contrary to popular belief, other affordable roadsters are available, including the third generation Toyota MR2.

This one has been in the same family since 2008 and has covered just 30,500 miles. Again, it’s not the cheapest, but it’s probably one of the best.

While it might be a stretch to class the Ford SportKa as the Mk1 Golf GTI for a new generation, it certainly offers a similar spirit. Power is sourced from a 1.6-litre engine, giving it turn of pace superior to that of the regular Ka.

Even through the frost, it looks like this 2007 SportKa might be a rust-free example, which means £1,375 could be a small price to pay for this fine example of a junior hot hatch.

>NEXT: 11 modern classics you can’t afford not to buy

We trace Peugeot’s hot hatchback heritage, from the famous 205 GTI forwards, and look at what might come next
Read more
Previous articleAlpine: the legendary French carmaker is back
Next articleLet’s take a moment to celebrate the Metro 6R4

Why you should buy a retro car for the winter

As the Classic Car and Restoration Show kicks off, we search the show for our favourite barn finds
Read more
Great Motoring Disasters

This is a tale of desperate behind-the-scenes manoeuvrings, corporate jealousy and a slow, accidental death. A death inadvertently triggered, bizarrely, by Jaguar...
Read more
Features