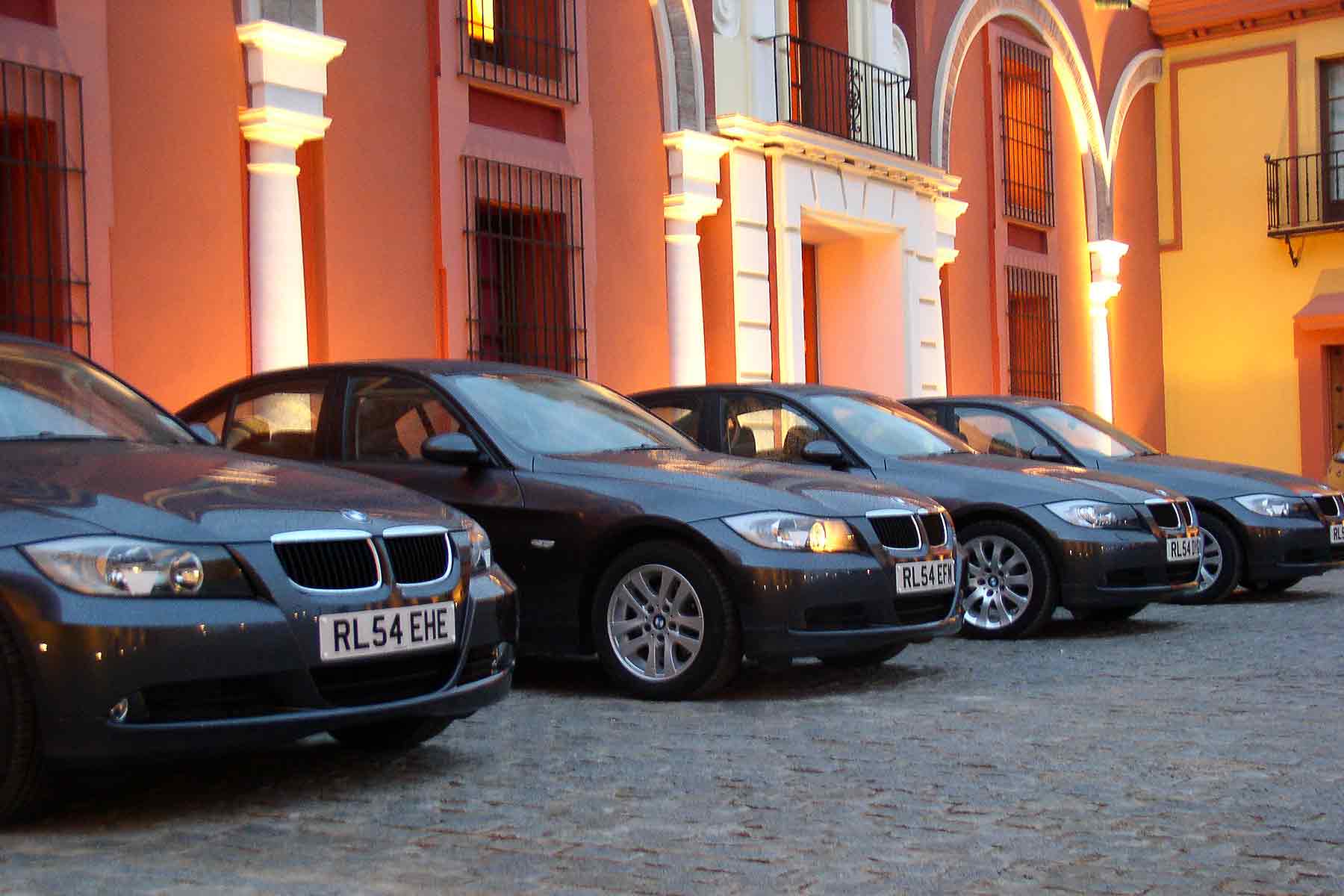 To be among the first journalists to drive the new 3-Series in the UK was easily arranged, with one proviso. We would have to collect it ourselves. From southern Spain. No problem! A quick flight, early to bed and we were up at half six one dark Saturday morning, CD wallet loaded and the keys to a brand new 320i SE to hand. We’d chosen (almost) the most basic new 3 intentionally. If this is good, so the logic goes, the rest can’t fail. 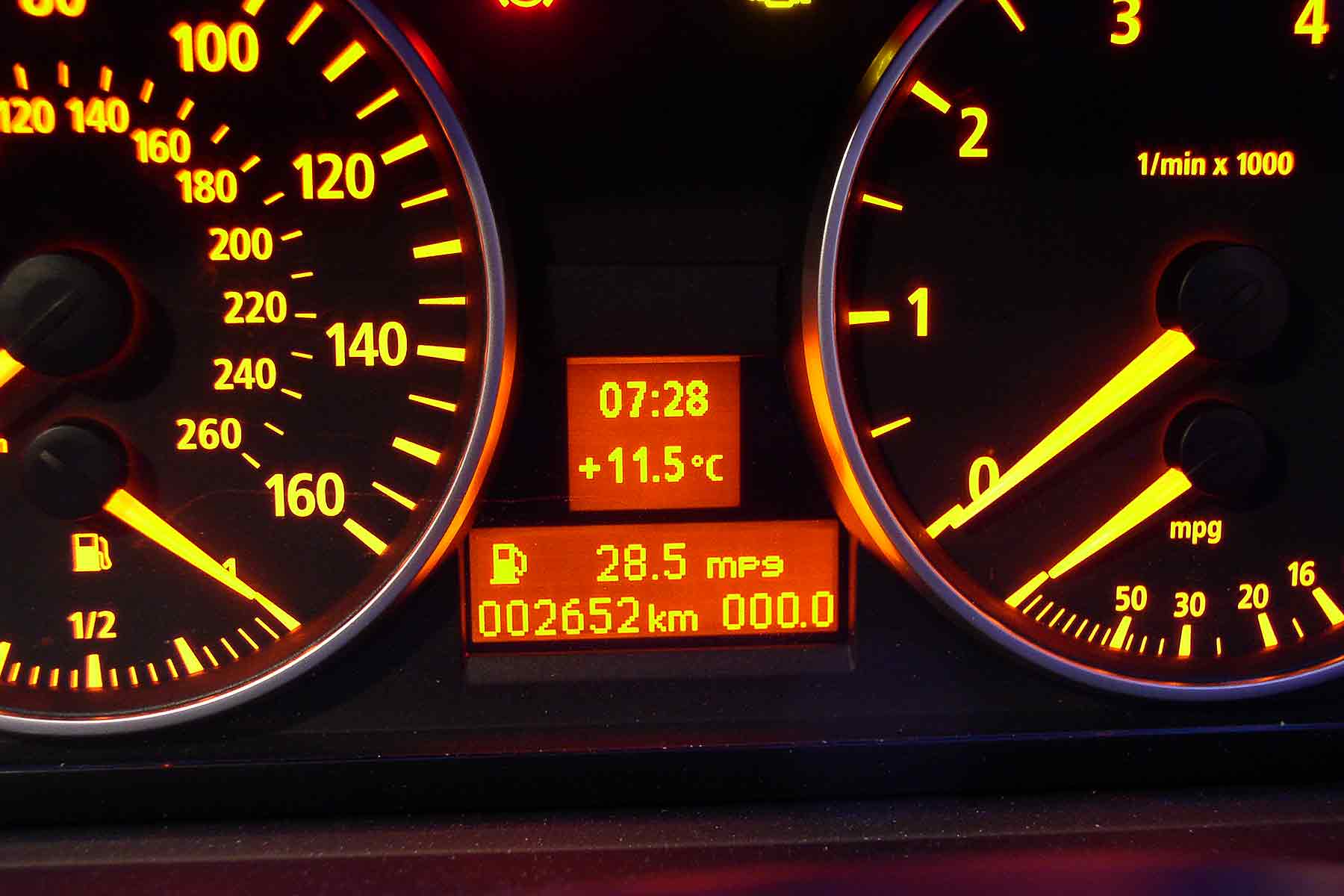 We have discussed the intricacies of the new 3 elsewhere on Motoring Research. This will be a test of what it’s like to live with. A month’s mileage in a day and a half will certainly bring problems to light, but first impressions are positive. Locating MR’s car with a blip of the bladeless key, the narrow but accommodating boot swallows plenty of luggage, the (fiddly) manual seat adjustors achieve a sweet driving position and the new 2.0-litre engine fires instantly, with a press of the clutch and starter button, into a silent tickover. We’ve found electric seats to be set too high; this is perfect. We’re away. 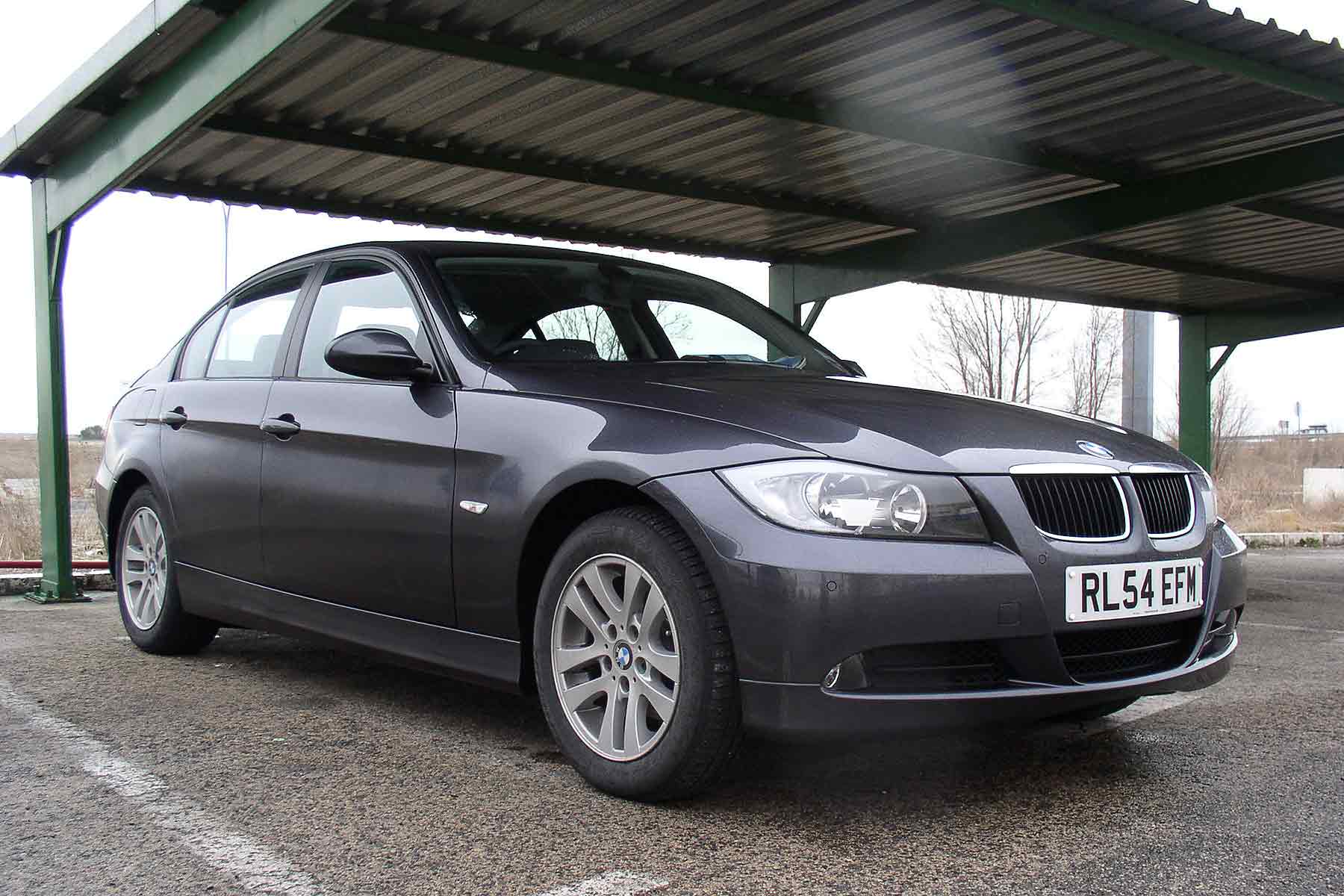 No sat nav, so the dashboard is free of the debatable central ‘pod’ (and i-Drive). But the route is easy, as is the exceedingly slick new six-speed manual, which retains all the usual BMW positivity. The UK-built engine, like most BMW four-cylinder units, lacks a bit of grunt low down, and sounds bizarrely like a Renault, but has plentiful shove and a characterful rasp at higher revs, even if it is rather noisy over 5000rpm. Driving it in town is easy, all controls super-accurate, the steering meaty and quick without feeling nervous. 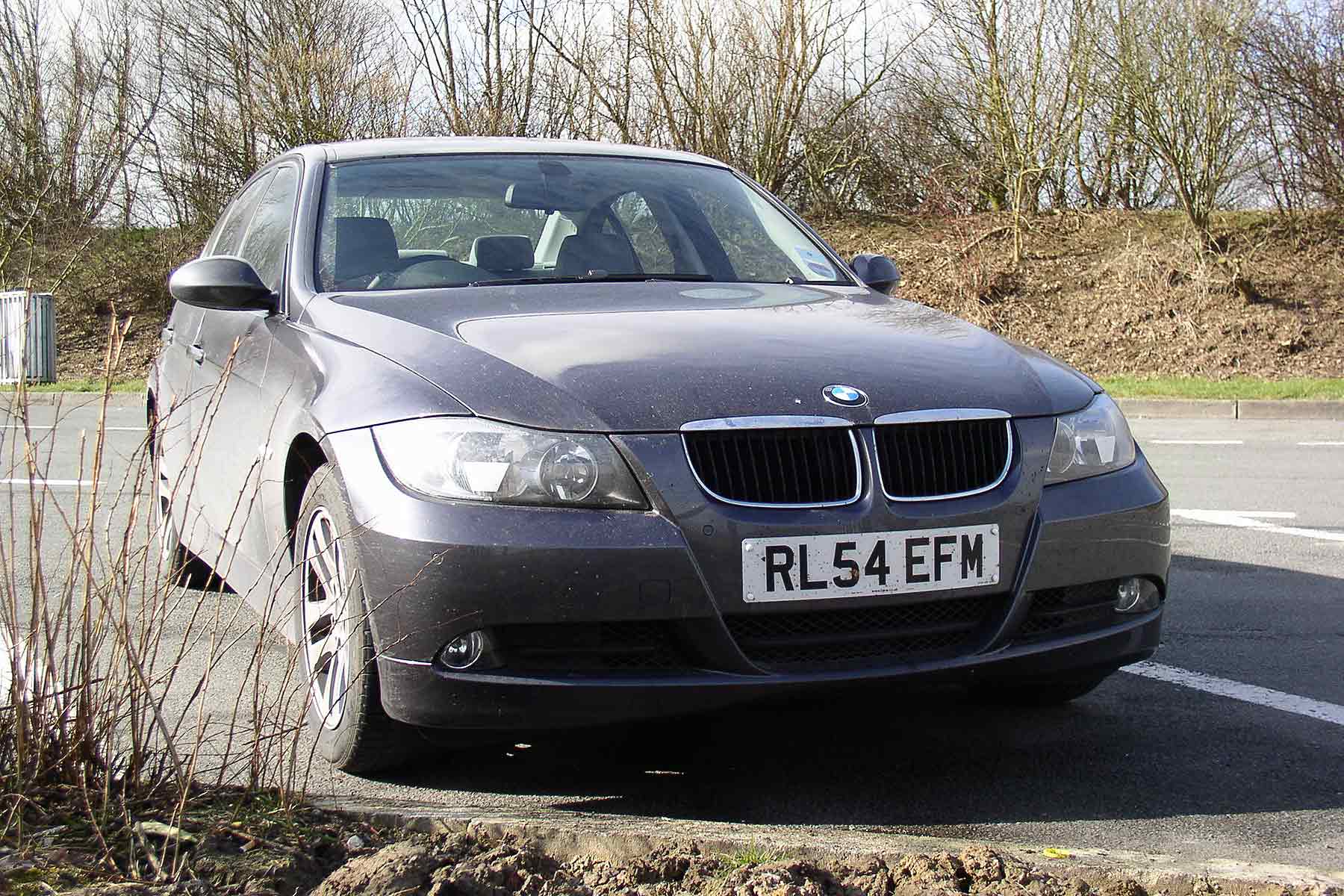 150bhp actually makes it the most powerful non-M four-cylinder BMW petrol car ever; impressive, so long as you don’t mention the 163bhp 2.0-litre diesel. 60mph takes 9.0 seconds but it actually feels livelier the faster you go, intriguingly. Firing down Spanish motorway slip roads quickly becomes illegal, but as they’re all at it, we join them in the fast lane. And soon find that if a Spanish motorway is toll-free, expect the unexpected. Potholes, imperfections bad enough to launch the car skywards, 35mph bends, even cyclists. Yes, really. 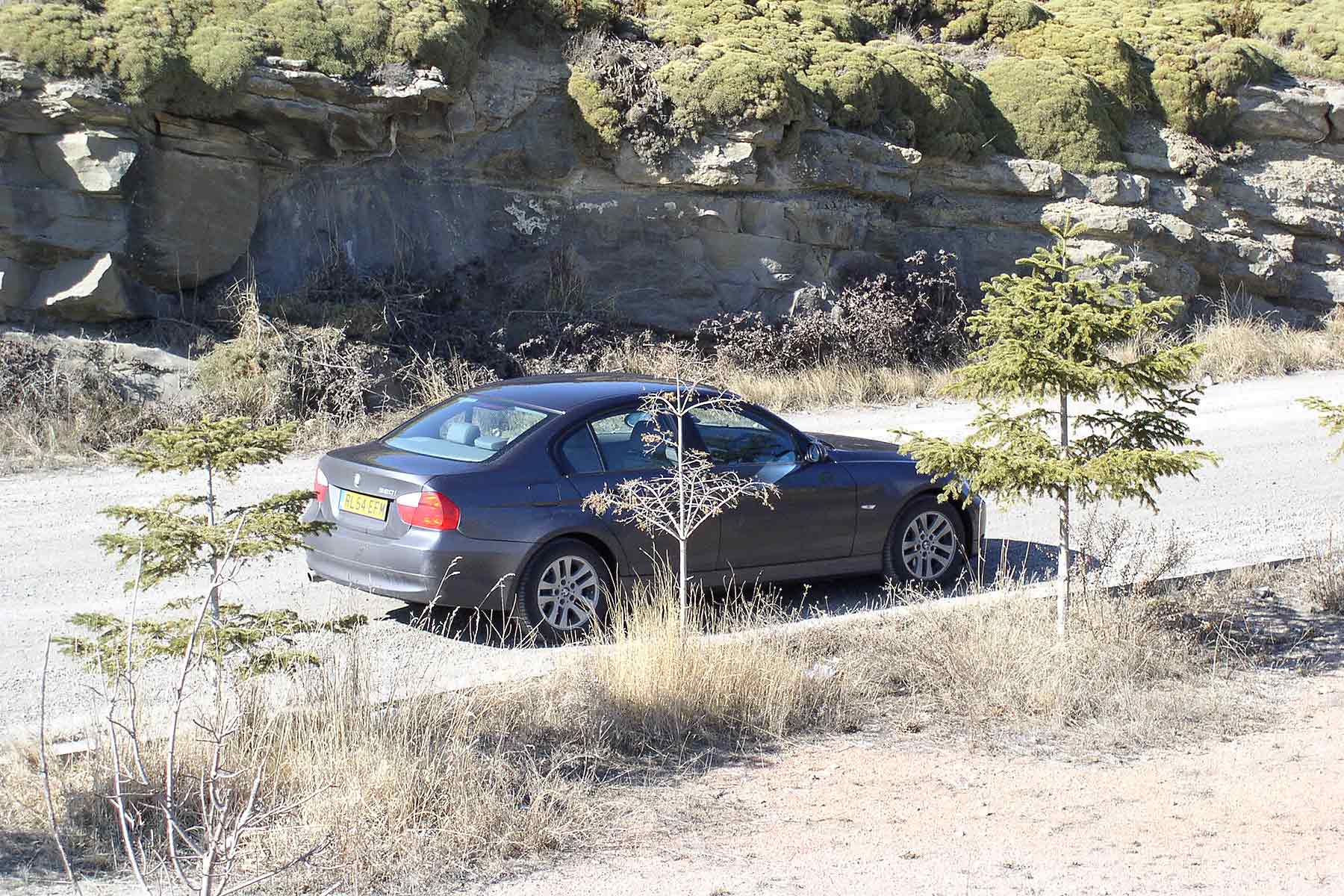 The 3-Series remains unflappable though. The famously clever rear suspension now has an added link for a wider repertoire over rough roads, as well as a rear subframe to isolate road scars, and both are pressed into action here. To good effect. The ride is purposeful but never harsh and body control over this excuse for a fast road is simply astounding; you soon stop bracing yourself against nasty-looking stretches as the expected pummelling never comes. It’s also refined; wind noise intrudes the most at speed, with the engine relegated to a background throb.

A wider cabin is more accommodating than before, particularly in the rear where it’s now among the roomiest in its class. Something not claimed by previous 3-Series. The supportive seats remain comfortable as the hours pass, while another significant relaxation aid is steering which rarely needs tiny corrections at speed. The old car was less stable and particularly susceptible to side winds; this is vastly improved but with no dilution of the famed firm, positive response.

Spain passes in a blur and it’s across the Pyrenees to France. Now the 3 becomes sports car, despite the engine losing its edge when ascending steeper inclines. The fine steering sniffs out apexes and transmits genuine feel through to the chunky sports steering wheel, while proving uncorrupted and pure. Even though this writer was trained and swears by front-driven hatches, he hooks completely into the rear-drive mindset, powering through corners to effect prefect balance; DSC is a standard safety net but ample grip means oversteer rarely threatens unless purposefully provoked. The system can be turned completely off…

But is all this really relevant in day-to-day motoring? You bet. The 3-Series feels a cut above most front-driven rivals and always feels special, steeped in deep-down mechanical class, no matter if you’re pootling or charging. You are always reminded that it’s a driver’s car and, in a nutshell, this simply makes it a ‘feel good’ car. Plus, all the accuracy in the controls means many of your inputs are intuitive; the car does exactly what you think and want, which takes much of the stress and fuss out of motoring. You simply get on with it.

We didn’t stop until 11pm, and them only because it was debatable whether we’d get a Euro Tunnel train at 3am. No twinges from the seat at all (remarkably so, given 16 hours sat in it), no weariness from undue noise or odd handling traits, even the standard stereo was continuing to impress. Climate control was taking the edge off the French chills (signalled to us by a soft chime from the dash) and the strong lights were piercing through the pitch-black Autoroute. 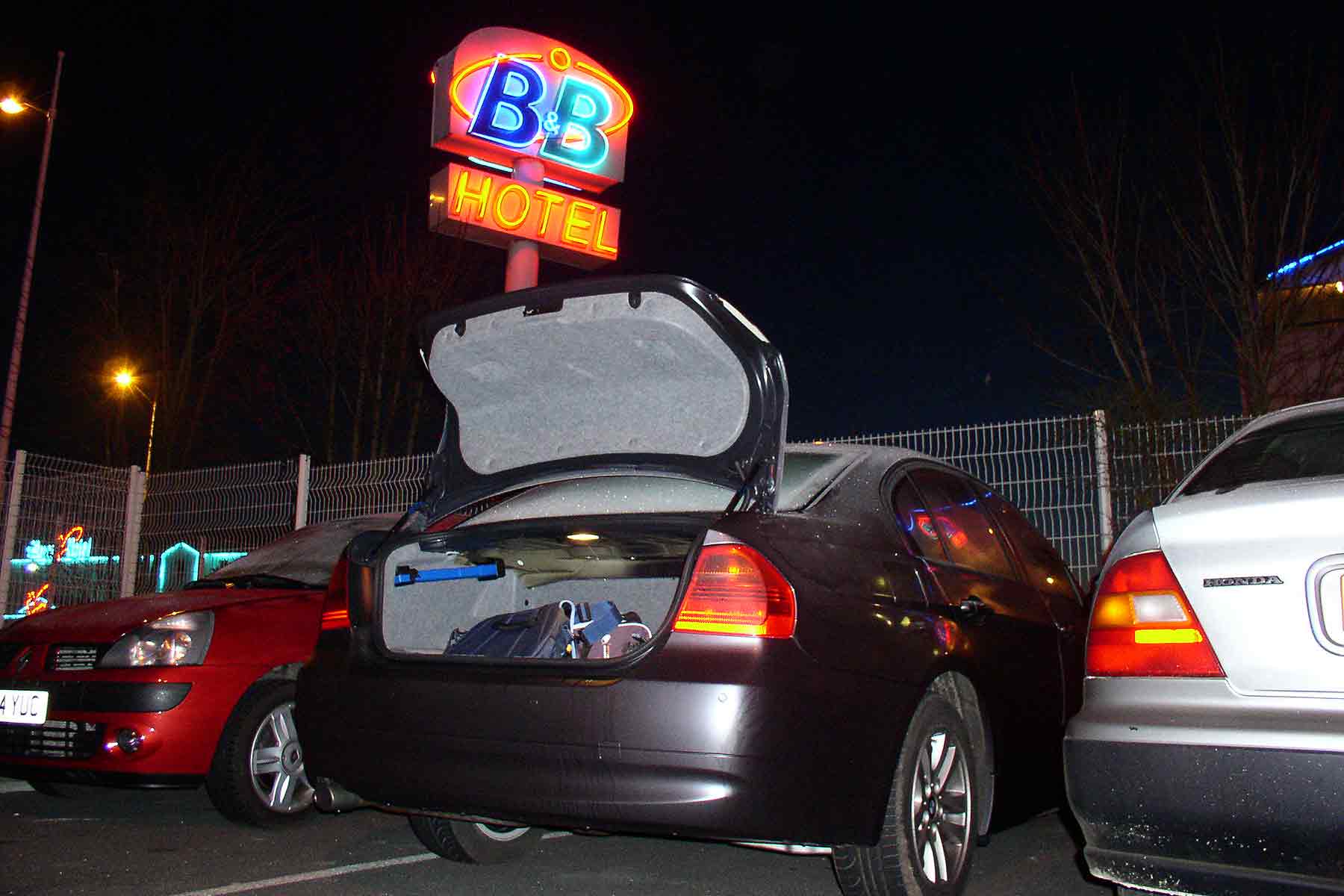 A hellish night in a riotous French motel induced an even earlier start. The 3 sensed torn nerves and soothed, with the SE’s interior lights package proving warmly welcoming. Heated washer jets quickly cleared the frozen windscreen and we were away, enjoying again that wonderful gearbox and, on icy roads, the playful rear end with DSC deactivated. Yes, the motel was hard work, but it was still telling that the 3-Series was preferred over bed.

Particularly as it took us to Calais in an eye blink. This was easier, more relaxing and a great deal more fun than flying – and, despite being truly on it all the way from near one European coast to another, average economy was 33.6mpg. Considering a door-to-door speed of just under 80mph over 1,600 miles, that’s pretty impressive. Rather like the 3-Series as a whole. 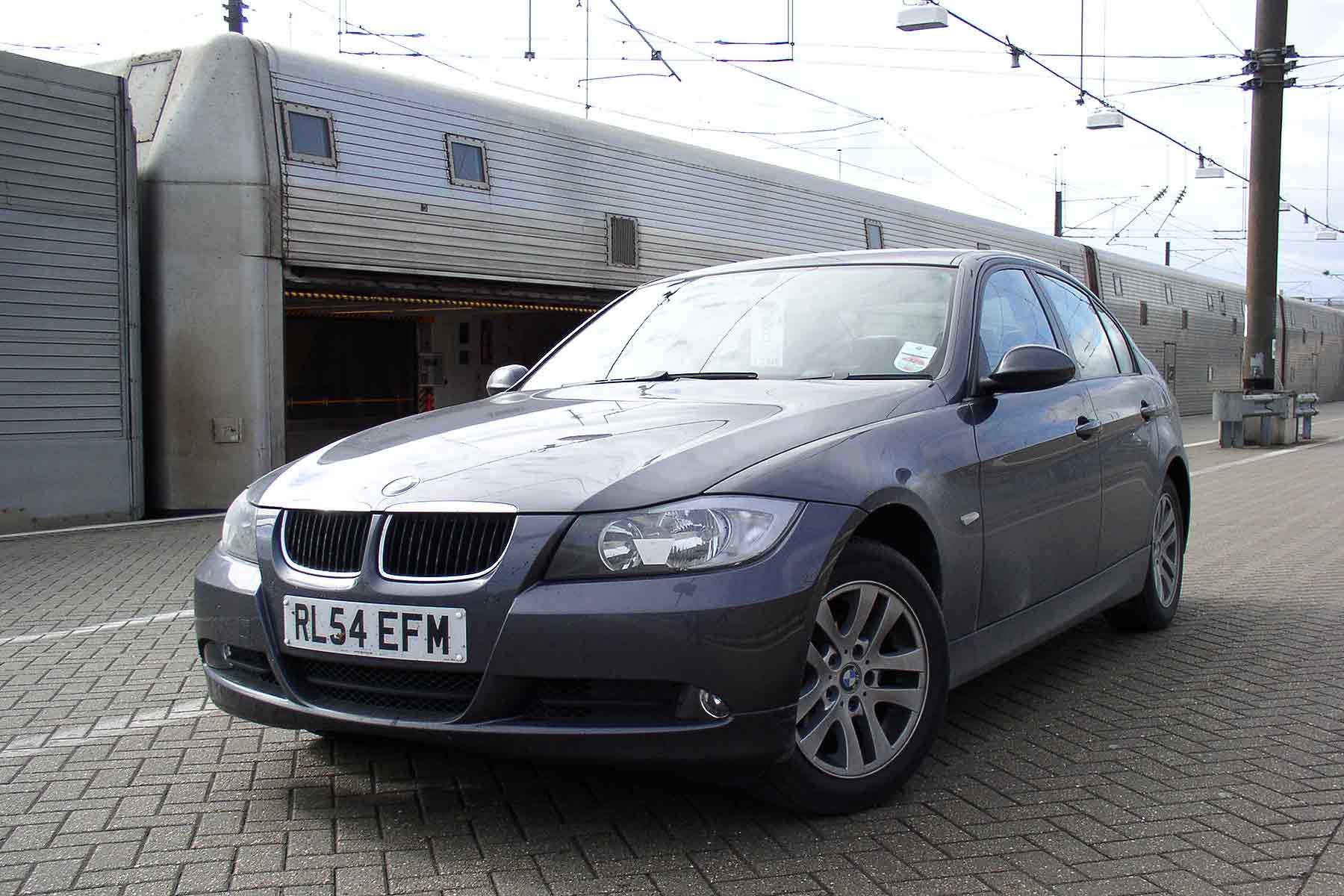 Back in the UK and the 3 meets the M25 for the first time. Naturally we shoot straight to the overtaking lane and sit back while Audi, Mercedes, Ford, Vauxhall and, of course, other BMW drivers shuffle for a better look. Pretty soon they may all be driving one. As we reflected, you can’t really blame them, can you? 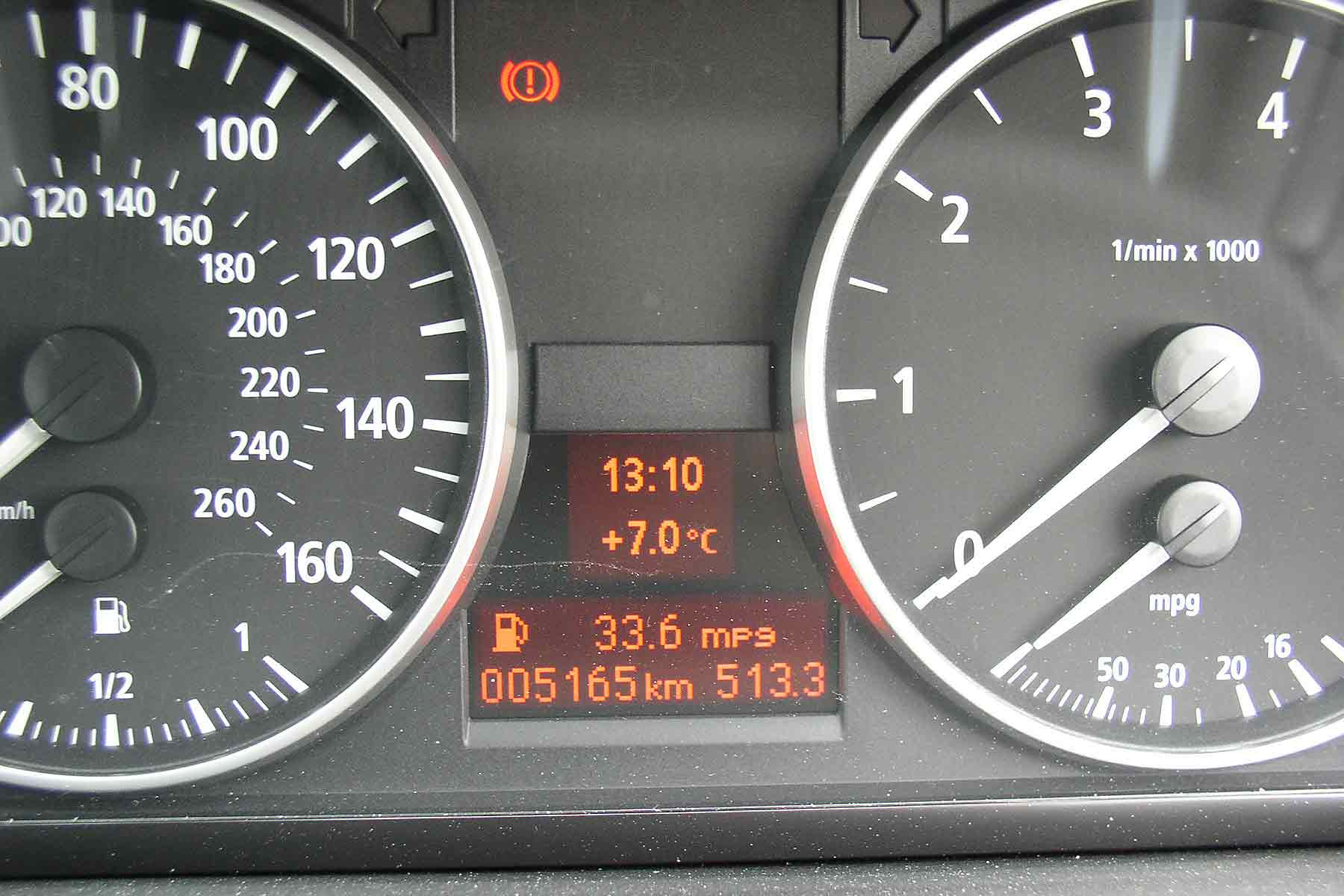 NEXT> Search for a used E90 BMW 3 Series

We trace Peugeot’s hot hatchback heritage, from the famous 205 GTI forwards, and look at what might come next
Read more
Previous articleMk1 Ford Mondeo review: the ‘world car’ you should buy now
Next articleCitroen museum auction: breaking up is so hard to do

On the 30th anniversary of the end of Citroen 2CV production, we take a look at the long and varied history of the Deux Chevaux.
Read more

As the Classic Car and Restoration Show kicks off, we search the show for our favourite barn finds
Read more
Features