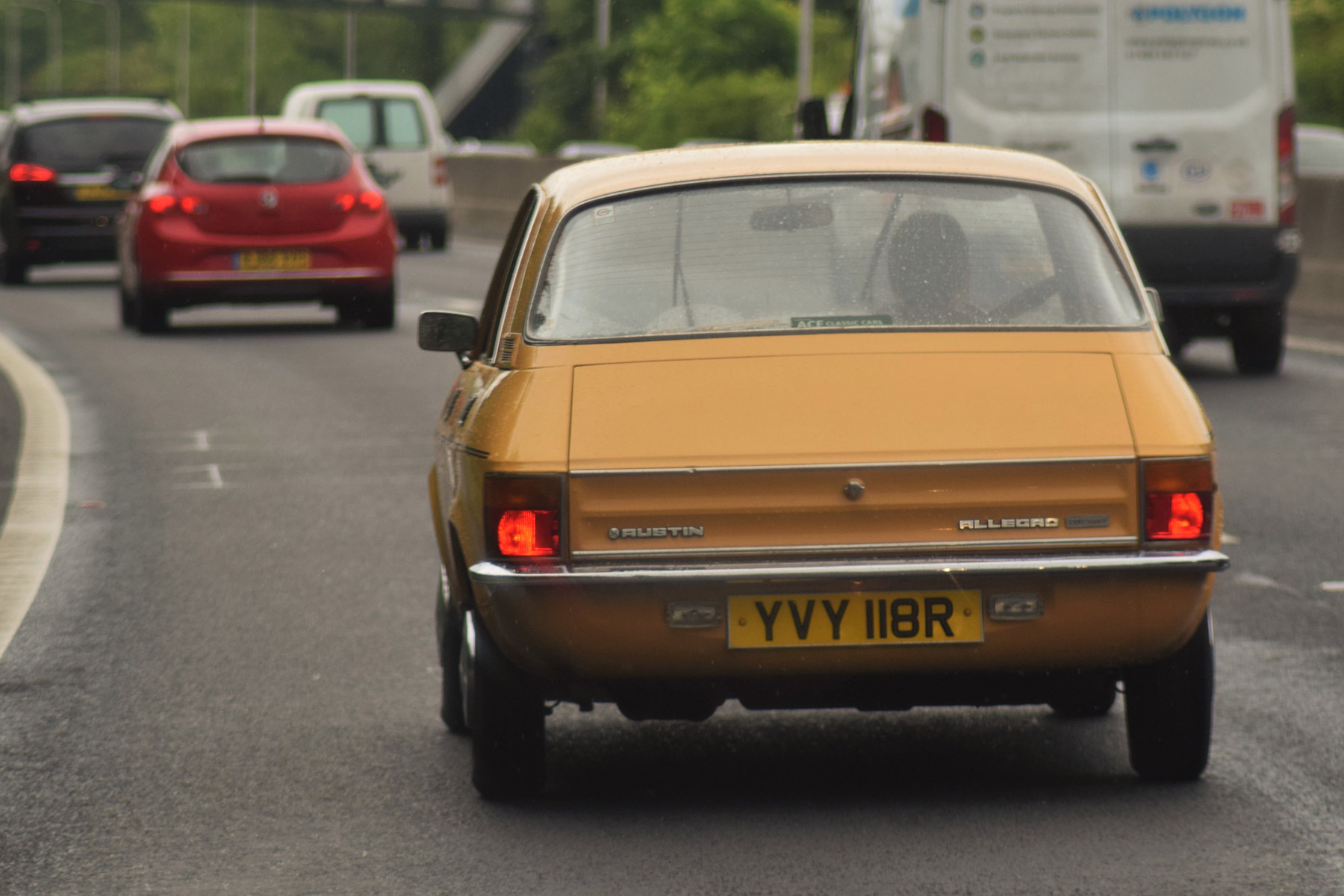 Some chase Pokemon, others hunt down rare and exotic supercars. There’s a thrill in ‘capturing’ something hard to get – and in this social media age, there seems to be a treasure hunt craze to suit all tastes. Including those who love awful cars.

Data obtained from the DVLA by Motoring Research shows that a number of popular 80s and 90s cars are facing extinction, with fewer than 100 examples of some models left on UK roads. There are just 91 Vauxhall Belmonts still registered, for example, while rust has reduced the number of Citroen Visas left to just 31.

By comparison, Aston Martin registers around 1,000 cars in the UK every year – meaning you’re much more likely to see a DB9 than an Austin Metro.

16-year-old William Bray has been snapping unusual cars since he was 12. A lot of the cars he takes photos of are older than him, and he can’t remember them ever being commonplace.

“Everyone takes photos of supercars and I want to be different,” he explains. “Many retro cars are now rarer than supercars so finding a Mk1 Fiesta is much harder than seeing a Porsche.”

Bray posts the pictures he takes on his Instagram account, @peugeot304, where more than 5,000 loyal fans follow his posts. Flicking through reveals a wonderfully perverse attraction towards the mundane: from a battered, grey 1991 Ford Sierra Sapphire (itself worth 167 Instagram ‘likes’), to a Skoda Favorit parked in a supermarket car park.

His enthusiasm for the underappreciated is huge. “I did see a Bedford Chevanne at Burger King in Bognor Regis,” he boasts, before adding excitedly: “I genuinely couldn’t believe my eyes!”

This desire to snap vehicles that most would consider to be scrapyard fodder does extend beyond simply stumbling across cars in car parks.

His bemused parents have had to turn around on a number of occasions so he can get a second look at cars including a Bedford Astramax as well as a Morris Marina Coupe. 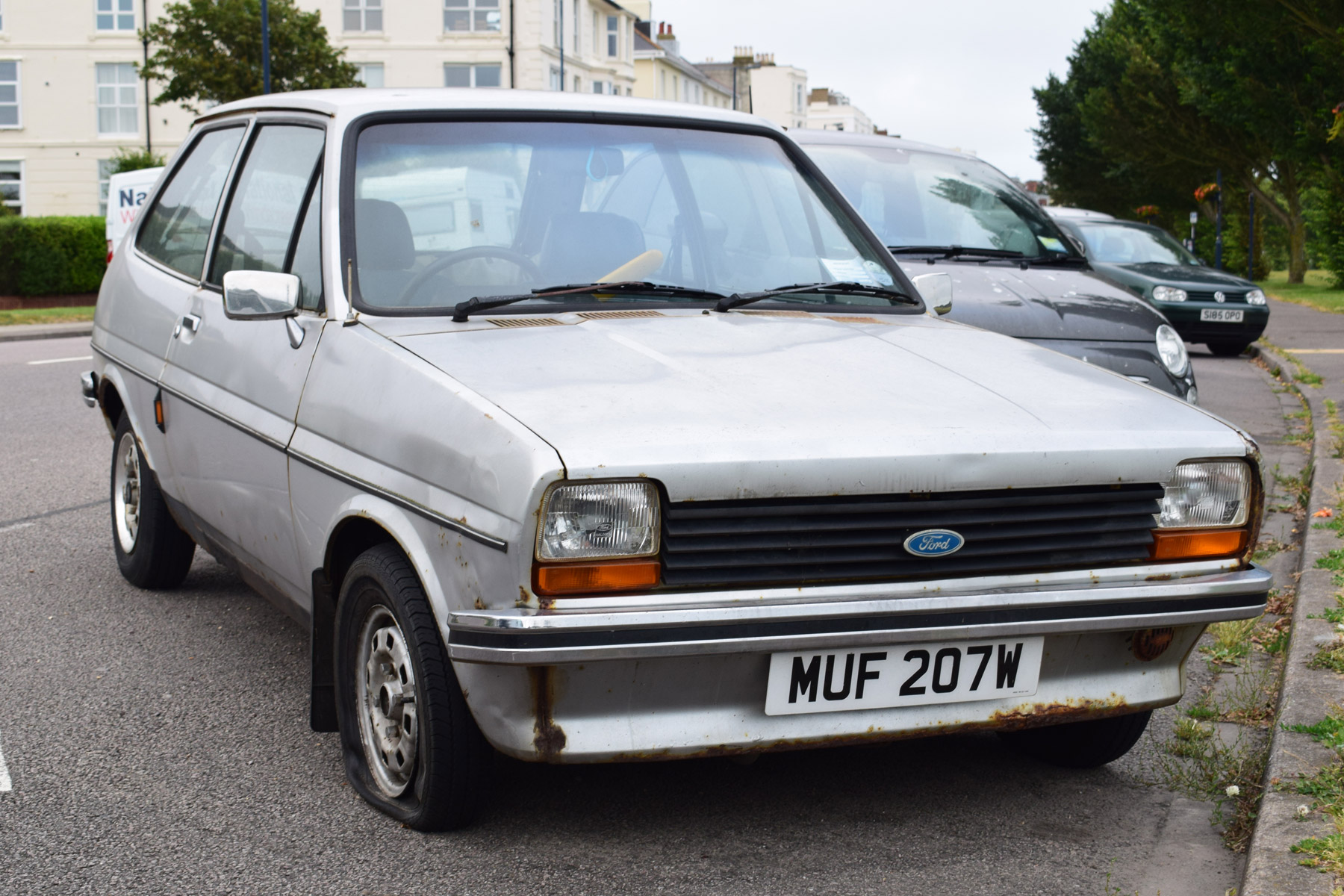 He even made them drive around a housing estate hunting out a Mk1 Vauxhall Astra estate he’d been tipped off about… “I did manage to find it in the end,” he quips.

Bray isn’t alone in this unusual hobby. 34-year-old Paul Renowden is from Cornwall, and a browse of his Instagram account (aptly titled @cornishcarspots) reveals a love of Rover Metros, Ford Probes, and even relatively modern Fiat Puntos.

As a serial car buyer who counts a Triumph Acclaim Triomatic parked next to an Austin Allegro estate as his best spot, Renowden’s interest comes from the fact that these cars are actually within reach. “As a teenager, all i wanted was a Ferrari 288 GTO,” he explains. “But now I get weak at the knees at the prospect of owning another Fiat Uno and I have an unexplainable urge to buy a Metro.”

So what turned him off supercars and onto, well, rubbish cars? He describes modern performance cars as “motorised PlayStations”.

“If you parked a Fiat Strada 65 CL next to a Ferrari 360 Challenge Stradale, I’d be swooning over the Strada,” he jests. And, with 36 Fiat Stradas registered on UK roads, who could blame him?

Like Bray, Renowden’s interest has gone further than simply snapping a quick picture of a car spotted out and about. He tells me of the time he once chased a Fiat Tipo for quite a distance, losing it and finding it again in the process, before it pulled into a supermarket car park to be ‘captured’.

“My Dad had a Tipo, and that got me into cars, and I had one many years later.

“I followed it, lost it, found it again, followed it and it eventually pulled up. I spoke to the owner for ages and nearly forgot to take a picture!”

Not everyone will get so excited about a Fiat Tipo. But numbers of cars like this are in decline, and we’re already at a time when you’re unlikely to see an old Austin Metro anywhere but a classic car show. Some won’t mourn the passing of everyday cars of yesteryear – but next time you’re stuck in traffic behind something a bit obscure, bear these ‘chod-botherers’ in mind.

Fantastic! Fiat Tipo 1.6 ie SX, was delighted to see this and have a couple of words with the owner. #Fiat #Tipo #fiattipo #carspotting #cornishcarspots #bellaitalia

A Lotus Turbo Esprit owned by company founder Colin Chapman – and driven by British PM Margaret Thatcher – is being restored to its former glory.
Read more

This is a car whose career was cut short by talk. Talk that not only sabotaged one of the best cars that...
Read more

This sheddy Civic is the best £950 I’ve ever spent

The Ferrari 250 GTO is the world’s most revered classic car, with an eight-figure price tag to match. But what’s it like to drive?
Read more

As Seat launches its new Cupra sub-brand, we look back at the 2010 Leon Cupra R
Read more