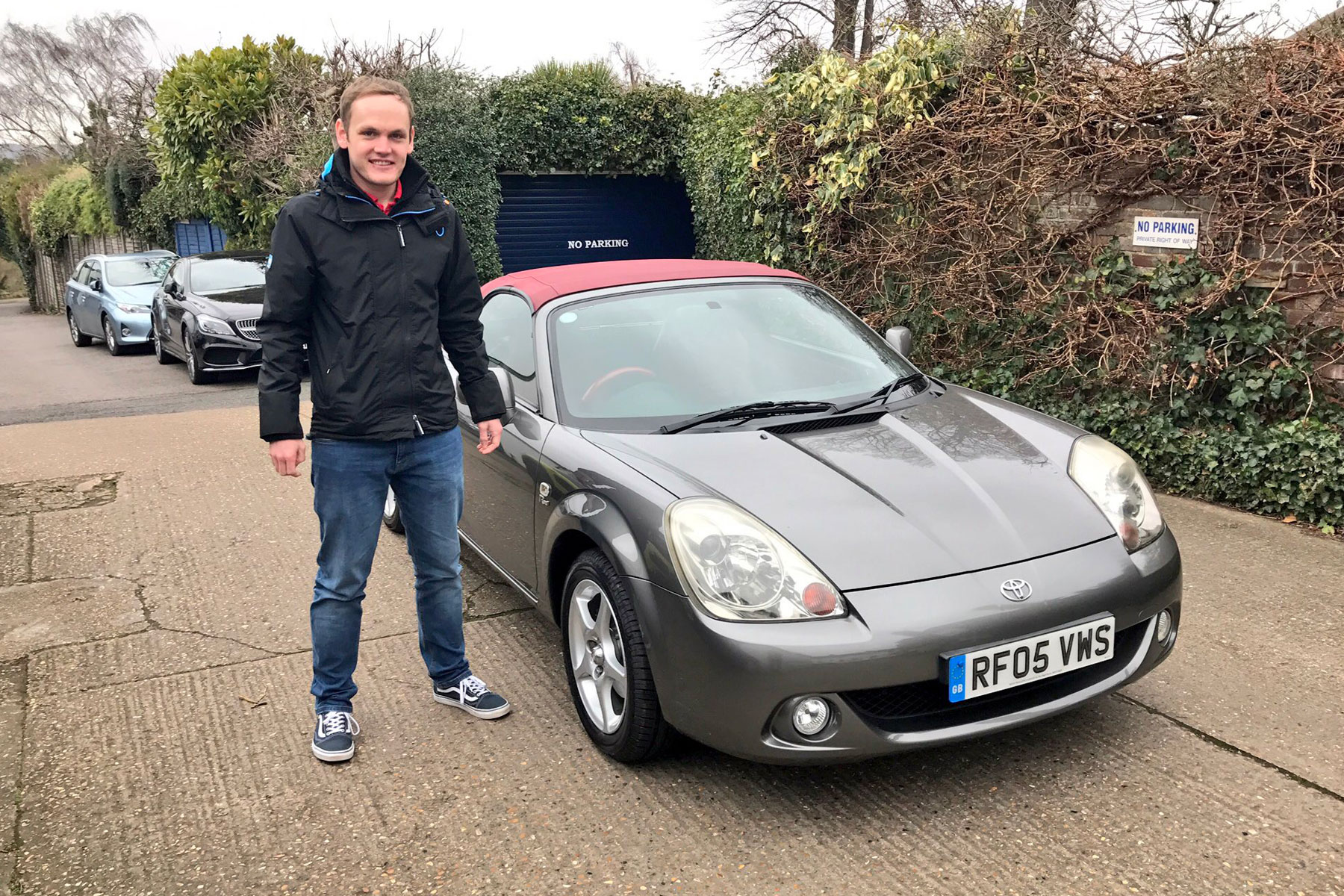 It’s an issue that every member of team MR has come across. While we all enjoy driving the latest new cars, we’ve also got a bit of a perverse attraction to the older stuff. And, all too often, one of our reviews turns into an Auto Trader browsing session.

This is certainly true for me. I went from never seeing the appeal of the Smart City Coupe, to seriously considering buying an early left-hand drive example – even setting £700 aside for when the engine inevitably needs rebuilding. You name the road test and I’ve have thoughts about buying one: a Mercedes 190E, a Jaguar XJ-S, a Ford Racing Puma… even a Vauxhall Nova. OK, especially a Vauxhall Nova.

It culminated in a recent test of a second-generation MX-5. The delivery driver made a throwaway comment about Mazda selling off some of its heritage fleet, so I fired a begging email off to their press officer asking if I could buy it. They said no.

It’s funny, then, that I’ve parted with my money for a car I wasn’t exactly glowing about when we reviewed it last summer. It’s not that I was negative about the Mk3 MR2… it was more that I drove it back-to-back with a Mk1. And the Mk1 is a true classic, rather than the Mk3, which teeters on the edge of future classic status.

But when it comes to an ownership proposition, the Mk3 MR2 is easier to justify than a lot of the cars we’ve driven for Retro MR. Prices are pretty much at the bottom of their curve, I hope – with the very best sitting at around the £4,000 mark.

Running costs are relatively low (or that’s what I said in my review… I’ll be finding out first-hand), with late 30s MPG doable, apparently, and servicing costs reasonable. Buy a later facelifted example and it won’t be plagued by the pre-cat problems of the earlier cars, and it’s still new enough that there’s lots of support available. 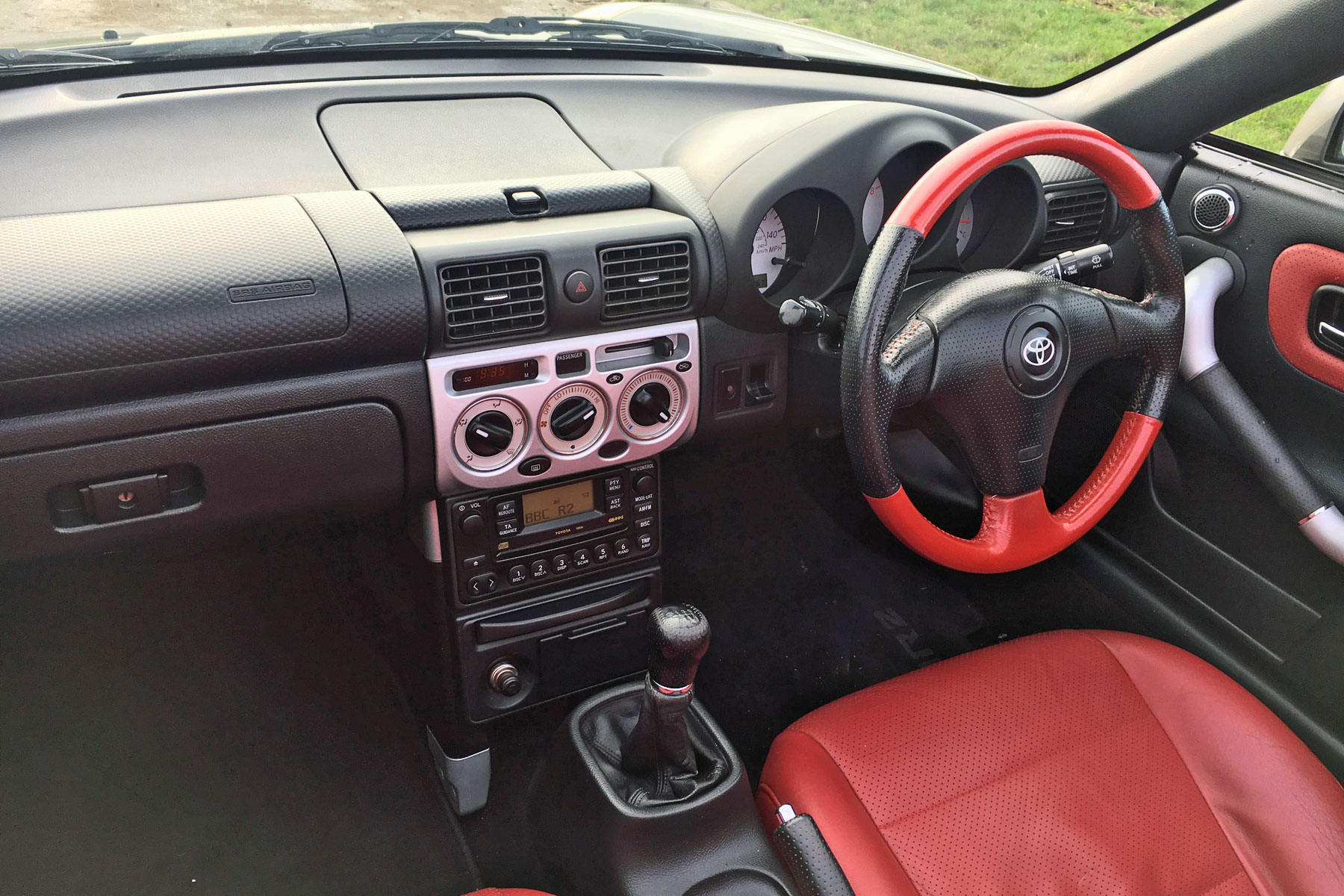 There are loads on the market,too. With my £4,000 budget, I undertook some serious Auto Trader searching and narrowed down what I wanted. My first choice of colour was grey (I’d also have considered red or blue, but black and silver were dismissed), while leather was desirable (ideally red, as per the Red special edition). It had to have low miles, full service history and ideally be sold by a private seller (for more chance of a bargain and getting a feel for how the car’s been looked after).

A day was spent travelling around looking at various examples, from the very ropey to the lovely but overpriced. While I wanted to buy privately, there was only one within a reasonable distance that was worth a look. It was tempting: grey, loads of history and a likeable owner. Priced at £5,000, it was too much money, however, and the seller rebuffed my pitiful attempts at haggling.

And that’s how I came to buy this 2005 MR2 ‘Red’ from an independent dealer in Kent. Its MOT history combined with mismatching ditch-finder tyres were enough to make me hesitant, but some negotiation means it’s now shod with four new Bridgestones, along with new brake pads and discs, and has been given a service and MOT as part of the deal. All of which should bring it up to the standard I want. Besides, the general condition of the car combined with the full service history suggests its owner (the same since 2007) hasn’t entirely neglected it.

So there we have it: car journo puts his money where his mouth is – and buys a two-seater sports car without a boot. Have I made the right choice? Time will tell, but do let me know your thoughts by commenting below.

>NEXT: Why you should buy a retro car for the winter

Left in storage for more than two decades, this classic Quattro now has a new owner after an online auction
Read more
Next articleMeet the Instagrammers who love rubbish cars

The year is 2003 and Jaguar has just launched a groundbreaking aluminium XJ...
Read more

Join us for a feast of fast Fords, from the Escort RS Cosworth to the Le Mans-winning GT40. Do you agree with our choices?
Read more

Caterham 21: has the sports car flop now come of age?

A Caterham 7 with added comfort: why was the Caterham 21 a Great Motoring Disaster?
Read more
Features

The Volkswagen K70 is celebrating its 50th anniversary in 2020. Destined to wear an NSU badge, it was a turning point in the firm's history.
Read more