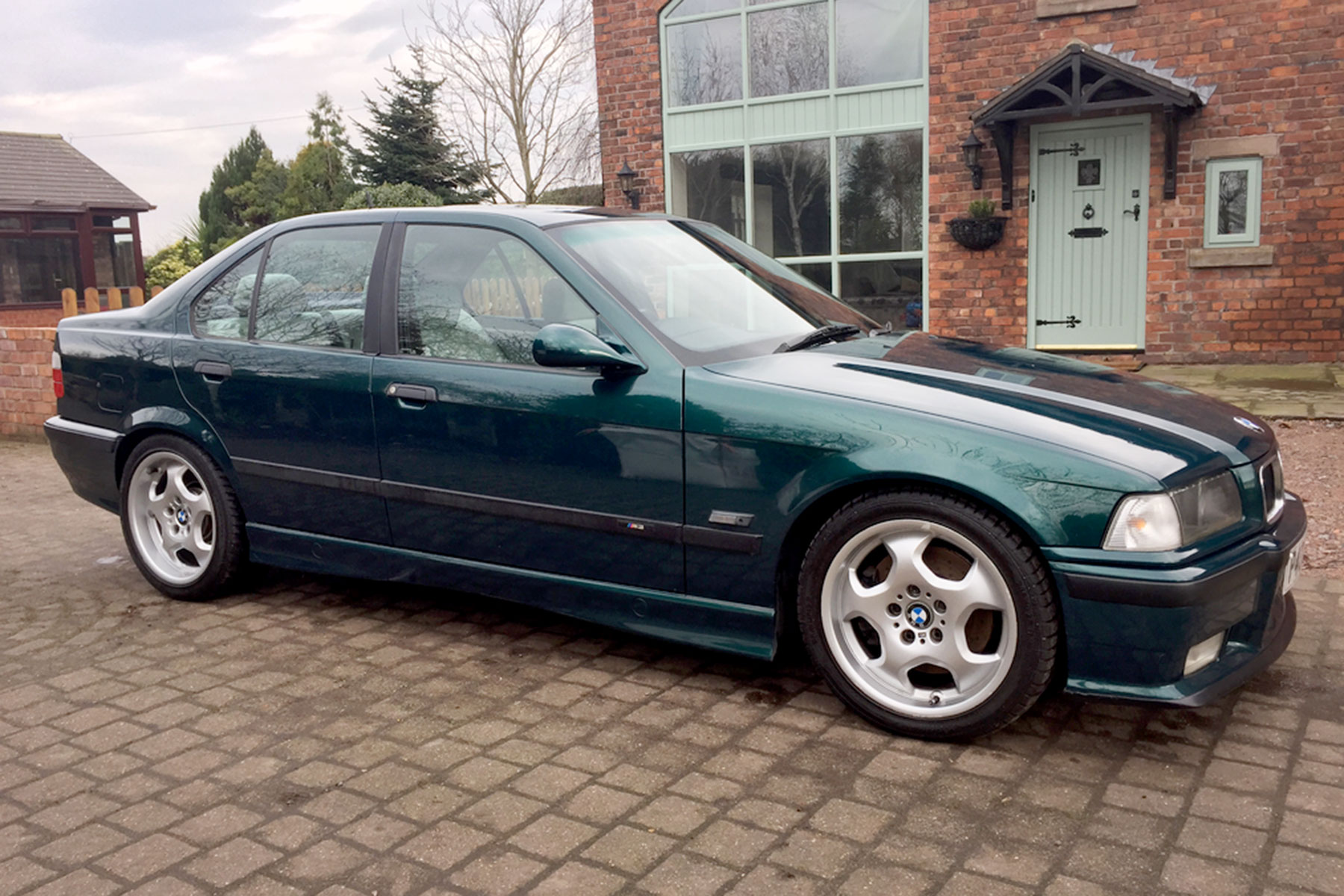 Admittedly, Hammond’s £5,000 BMW M3 – which squared up against Clarkson’s Ford Sierra Sapphire RS Cosworth and May’s Mercedes-Benz 190E Cosworth – turned out to be a bit of a dog. During a road-worthiness test by ADAC, it was revealed that it had been in involved in quite a serious collision and repaired. Badly.

This led to James May describing it as a “crash-damaged death trap” ahead of The Stig’s German cousin driving it around a soggy test track – a task it completed, in one piece, in less than three minutes – faster than either of its rivals.

Unlike a lot of Top Gear challenge cars, the M3 wasn’t completely destroyed during filming, and it soon made its way into private ownership. It then popped up for auction in 2015, achieving a hammer price of just £5,830 – somewhat short of its £7,500 – £10,500 estimate.

Since then, it would seem to have had a bit of TLC, as it scores 85 out of 135 for the auctioneer’s condition report, and passed an MOT in August with no advisories.

The M3’s patchy history mean it could struggle to find more bids than last time when it goes under the hammer this weekend, especially as Top Gear is officially old news and Richard Hammond is no longer a household name. Er, right…

It’s up for sale without a reserve at the Classic Car Auctions December 2017 sale held at the Warwickshire Exhibition Centre near Leamington Spa.

>NEXT: 11 modern classics you can’t afford not to buy

Banbury-based Everything M3s is offering a manual gearbox conversion for the E46 BMW M3 CSL, which replaces the SMG semi-auto 'box fitted when new.
Read more

The 2005 V8 Vantage has dipped below £30,000. This is what you should look out for
Read more
Great Motoring Disasters

Too much success can stunt the mind. That can apply to the collective mind of a company just as easily as it...
Read more
Features

As Seat launches its new Cupra sub-brand, we look back at the 2010 Leon Cupra R
Read more
Reviews