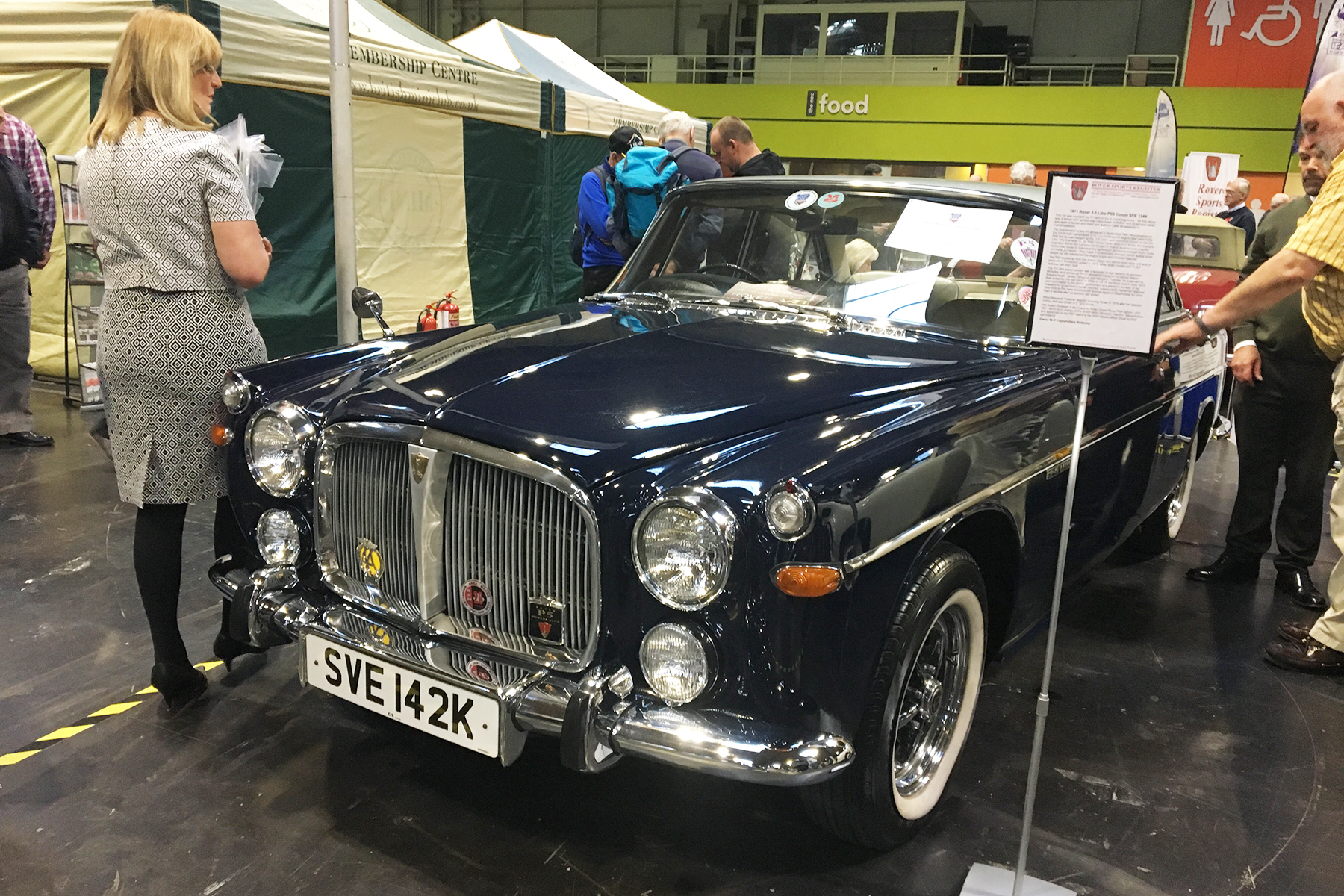 The Rover V8 has powered some legendary cars in its time. What started out as a compact V8 developed by General Motors for its Buick brand turned into one of the best known British engines ever. Standout applications range from the Rover SD1, Triumph TR8 and, of course, the Range Rover. TVR even turned to the Rover V8 for its Tasmin as an export-market-friendly alternative to a Ford V6, liking the engine so much that it used it in bored-out 3.9-litre guise for a number of its later models.

Launched in 1967, the Rover V8 has now been around for 50 years. The Rover Sports Register is celebrating this anniversary at this year’s NEC Classic Motor Show with an immaculate example of a P5B on its stand. The first car to be powered by the Rover V8, the ‘B’ in the P5B’s name stood for ‘Buick’, a nod to the engine’s previous life. Badged as the 3.5 Litre, the P5B was a favourite with Government ministers, including Harold Wilson, Edward Heath and James Callaghan. The final batch of P5Bs to be produced in 1973 were purchased by the British government and placed in storage, due to concerns that its successor wouldn’t be up to the job.

Even in 1979, six years after the last Rover P5B was produced, Maggie Thatcher entered Downing Street in a 1972 model.

Other highlights of the Rover Sports Register’s stand include a Rover P6B as well as a rare 1950 Marauder. Based on a Rover 75 chassis, the Marauder was developed by former Rover engineers George Mackie and Peter Wilkes. Only 15 were ever made.

>NEXT: The retro bargains you can drive to the NEC Classic Motor Show

The Land Rover Series IIA is expected to make up to £15,000
Read more

As the Range Rover SV Coupe is teased, we head back to 2004 and the reveal of the Range Stormer
Read more
Great Motoring Disasters