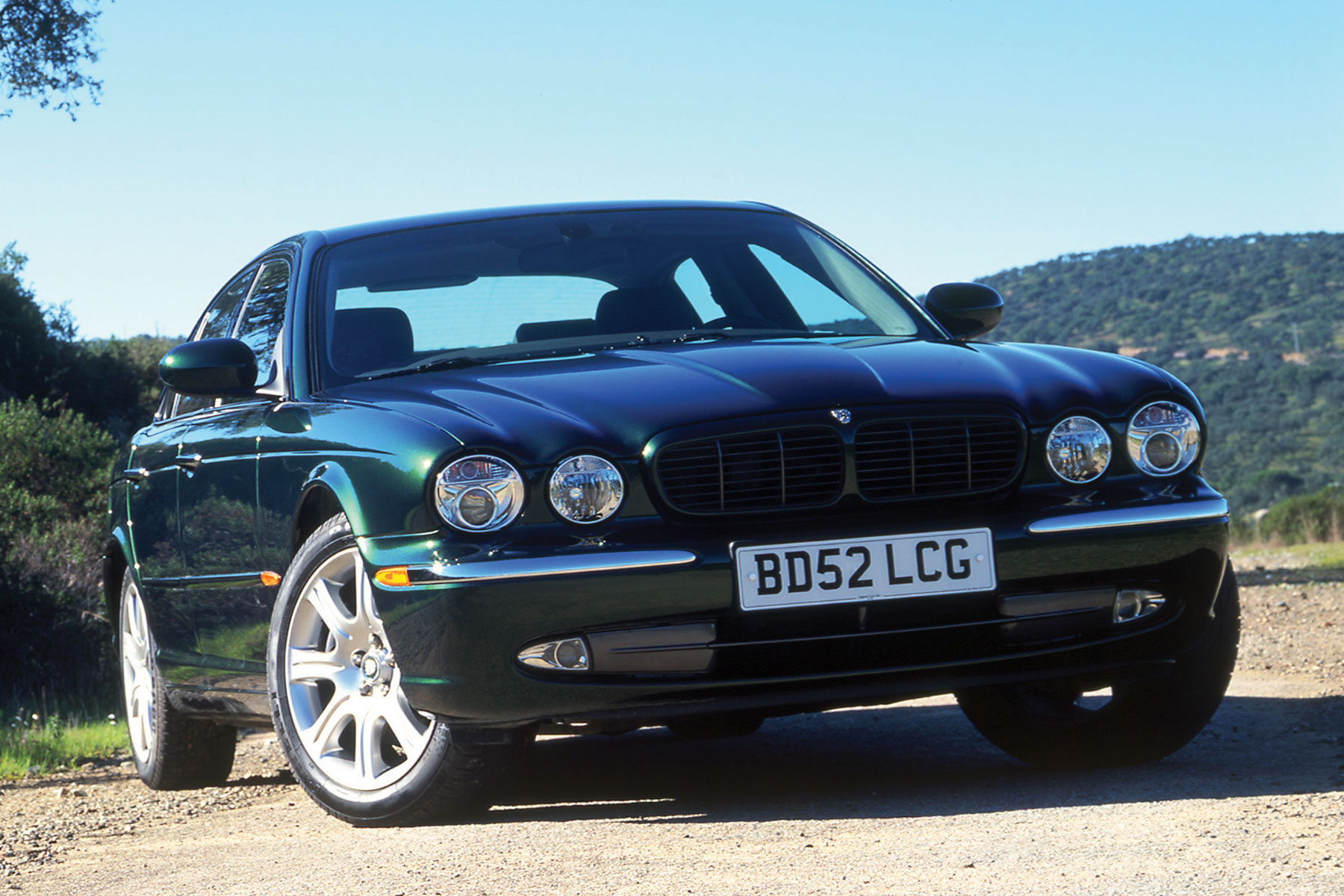 The XJ6 is the longest–running Jaguar of all, the top for the range and a British icon still. The fourth incarnation was launched in 2003 with looks that harp back to earlier models – indeed, it is difficult for the untrained eye to notice any difference to the model which was introduced in 1994. But it is very different indeed, not least because this car is built from aluminium rather than steel. That cuts the weight dramatically, helping economy, emissions and performance. This new car is also an opportunity for Jaguar to answer the criticisms around space for rear passengers and their luggage.

Competition for the Jaguar comes mainly from the German manufacturers, though the Lexus LS430 is also a contender. The Audi A8, BMW 7 Series and Mercedes S–Class are all well respected in the luxury saloon segment, with the Audi and BMW also recent models like the Jaguar. The Jaguar offers as broad a range of petrol engines as any of these, starting with a 3.0–litre V6, followed by three V8s of 3.5 litre, 4.2, and 4.2 supercharged. Unlike the German competition, however, Jaguar has yet to offer a diesel engine, and this is a weakness where demand is growing rapidly. On the merit side the Jaguar offers better value – prices start at under £40,000, a good 10 per cent less than rivals.

A Jaguar has an enduring appeal to those who look for a car with a sense of timeless British quality. Wood and leather is the backbone for this, but so too is a clubby feel to the interior. This is not a soul–less German machine that works with clinical efficiency, but a warm and friendly environment that is relaxing and comfortable. Not that the technical competence of Audi, BMW and Mercedes has been ignored. With the power of Ford behind the brand, Jaguar can offer the desirable technology while avoiding the obtuse. Jaguars has also always been about performance, and there are no disappointments here either.

The interior is particularly inviting. The blend of well–shaped leather seats and a traditional Jaguar dashboard is relaxing and comfortable. The seats adjust in so many ways that it seems unlikely that anyone would fail to find the right driving position. The XJ6 is quiet when cruising yet you get a bit of the sports car if you rev it – the engine has a subdued howl when you floor the throttle. And, even with the smallest engine in the range, it goes amazing well. The light weight of the car has a lot to do with that, but the sensitive five–speed automatic transmission is perfectly matched.

There are still some space issues here. This new XJ, with its taller roofline, has a noticeable improvement in rear legroom and it’s now fine without being exceptional. The trouble is, Jaguar shoves so many boxes of electronics under the front seats that there’s no room for rear passengers’ feet, which cuts back on comfort. The front seats grip you well enough but as you move sideways during cornering, so does the backrest slightly, which is rather disconcerting. Finally, many manufacturers now offer full manual control of the automatic gearbox if you feel like get more involved with your driving. Jaguar’s “J–Gate” is a poor second best.

This latest Jaguar XJ is the easiest to live with yet. Access to all seats is easy, the seat position all–round is higher and the visibility is improved. Standard equipment levels on the entry–level XJ6 are such that most will opt for the Sport or SE, both of which cost another £3,000. The bias is either towards a sporty drive, with firmer suspension and dubious “black” wood on the fascia, or more luxury. Both ride well and provide the level of luxury you’d expect. Certainly the appeal is very different to its obvious rivals, which is no bad thing. It’s even reasonably economical to run; we averaged 23mpg on the 3.0–litre. Of course, without a diesel company car drivers are going to be hit hard on any model.

This is a tough, declining market sector, which is highly dependent upon swings in the world economic climate. Upstart Lexus has found that to its cost, with sales plummeting in Europe after a great start. The big advantage that this Jaguar offers over and above the Audi A8, BMW 7 Series and Mercedes–Benz S–Class is a sense of individuality. This is a car stands apart from the competition yet in most ways is their equal. While the Germans are caught in a technological spiral of ever–outdoing each other, the British car gets on with the job of looking after the driver and passenger is a rather charming way. That’s enough for me.

The year is 2003 and Jaguar has just launched a groundbreaking aluminium XJ...
Read more
Cars