Ready for a drive down memory lane? Using DVLA data, we’ve wound the clock back 25 years to reveal the 25 most popular cars on UK roads at the end of 1995.

These cars were everywhere in the mid-1990s, yet most have almost vanished.

Brace yourself for a feast of family hatchbacks and three-box saloons (and no SUVs). 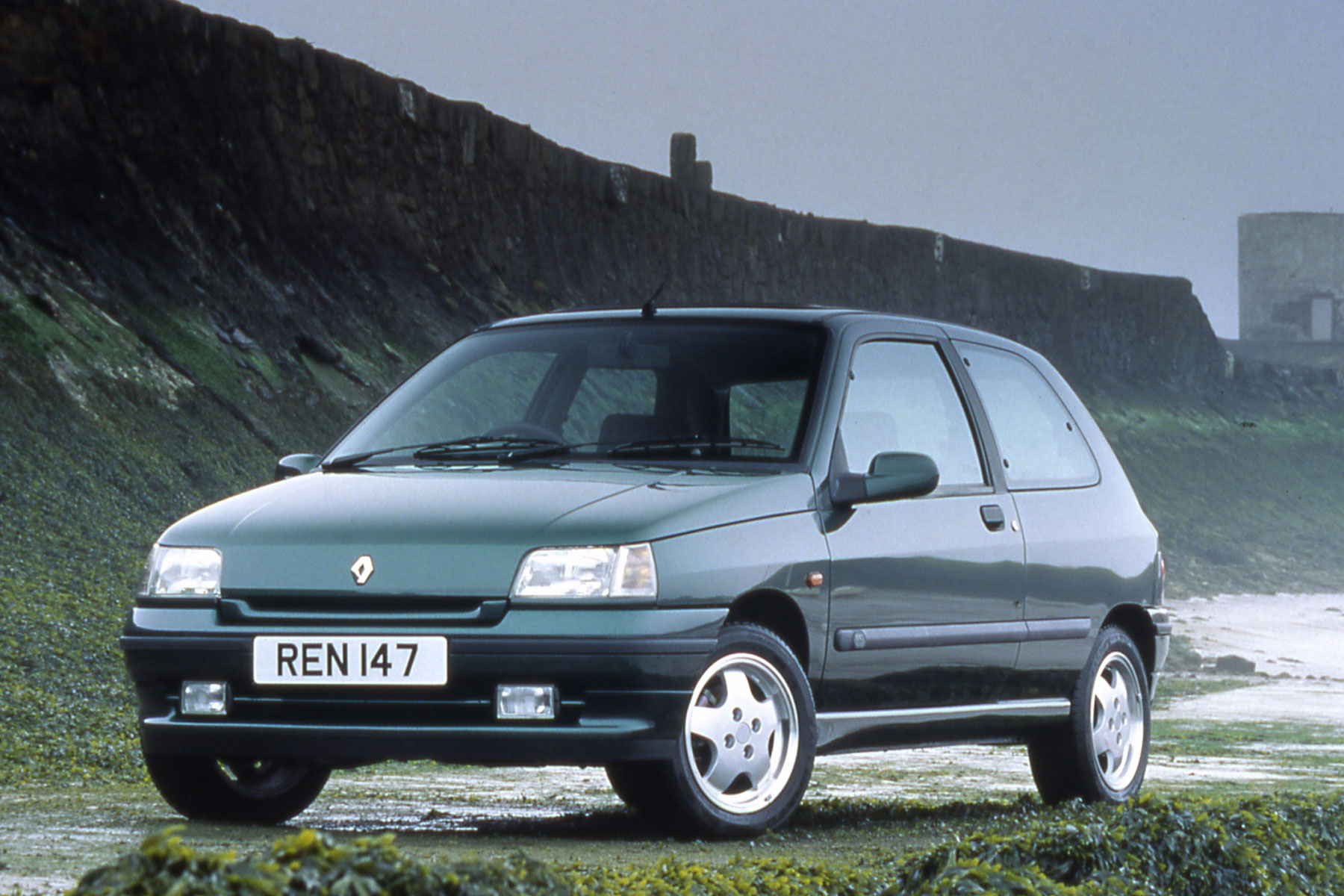 Just look at the fresh-faced Renault Clio – a car still very much in its infancy back in 1995. By now, the ‘Phase 2’ model had been launched, but underneath it remained the original, first-generation ’Nicole’ edition. Since 1990, Renault has shifted around 14 million Clios, making it the most successful French car of all time. No doubt ‘Papa’ would approve. 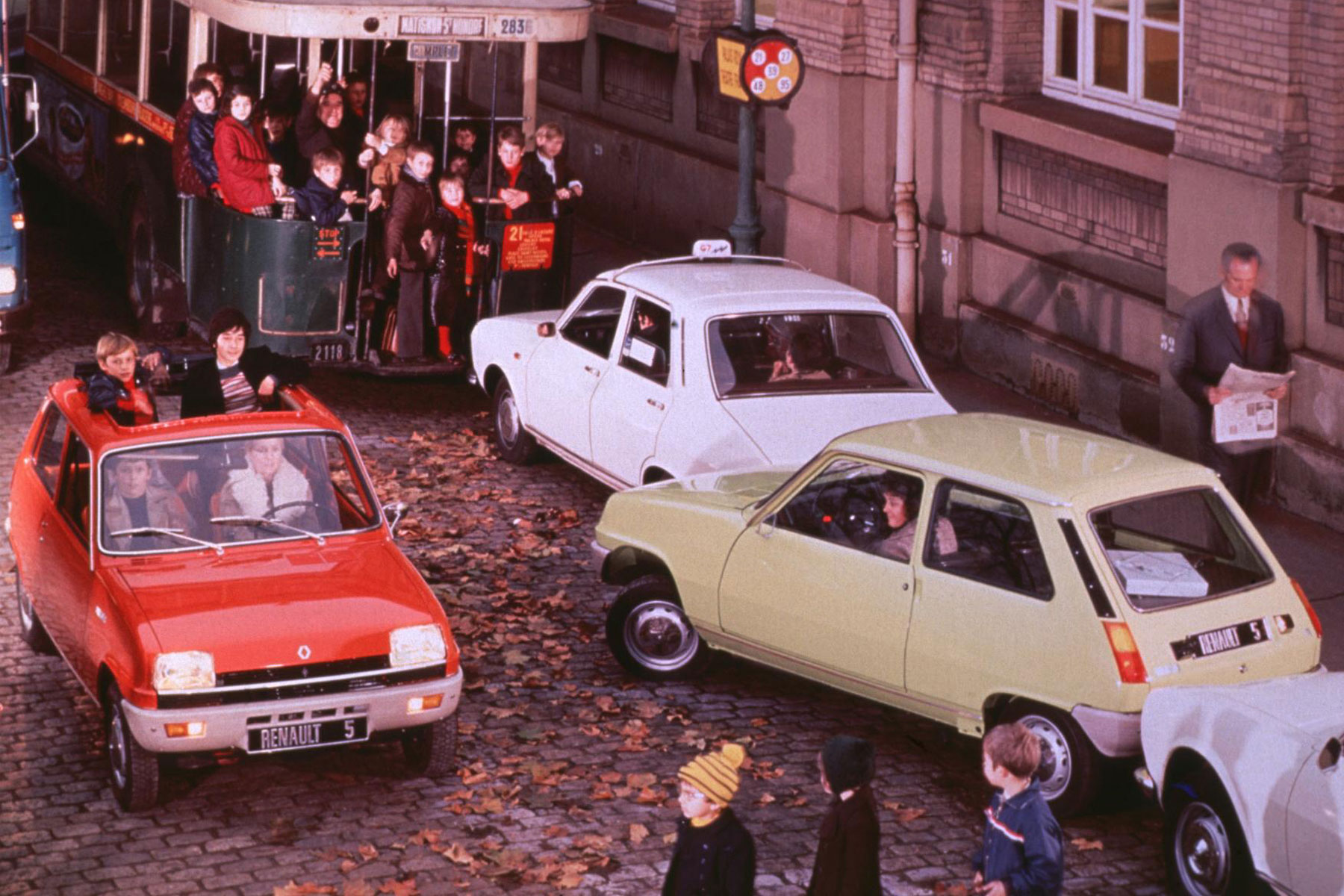 Before the Renault Clio came this, the quite brilliant Renault 5. The second generation ‘Superfive’ was on borrowed time in 1995, but it’s a testament to its greatness that it remained on sale even after the launch of its successor. We grew up wanting a 5 GT Turbo. 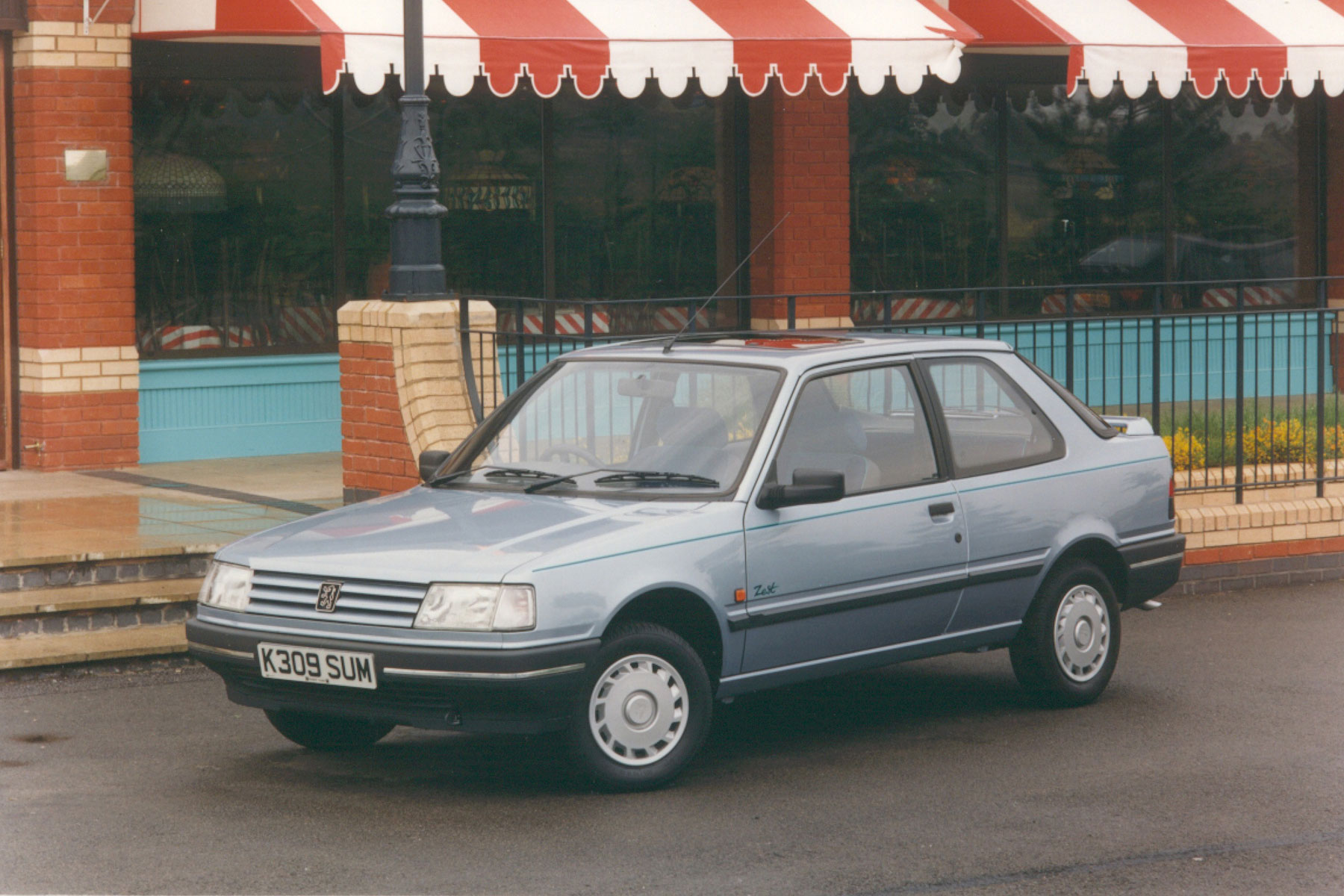 Had things worked out differently, this would have been the Talbot Arizona, a car designed to replace the Talbot Horizon. At the time, Peugeot owned Talbot and made a late decision to stick a lion badge on the front and back. Think of it as a Peugeot 205 saloon, only less desirable. That said, the 309 GTI was a brilliant hot hatch. 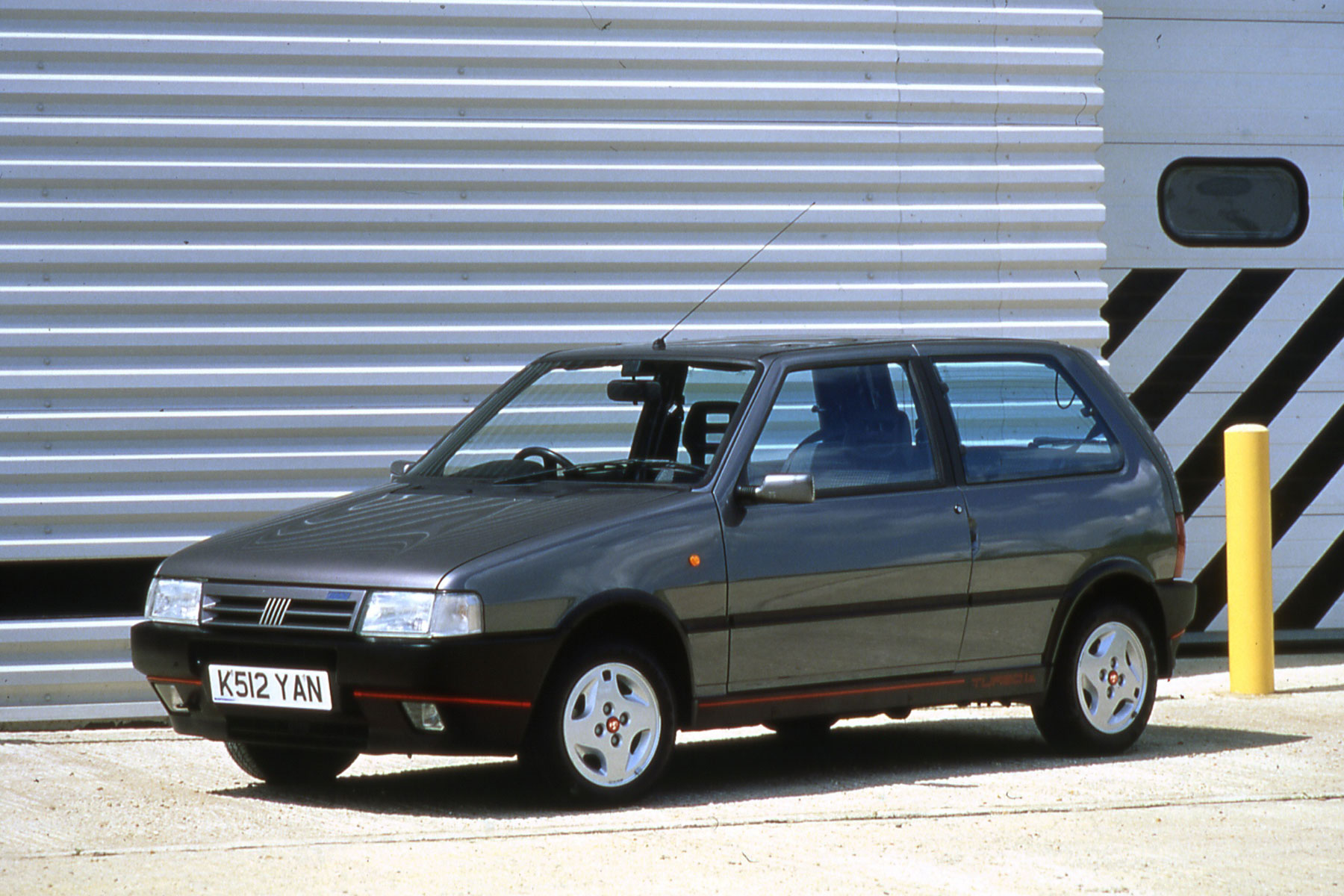 The success of the Fiat Uno is largely forgotten outside enthusiast circles, but the Giugiaro-designed supermini deserves more credit. The Uno enjoyed an extended life, with production continuing in South America, Morocco and the Philippines, long after European production had ceased. 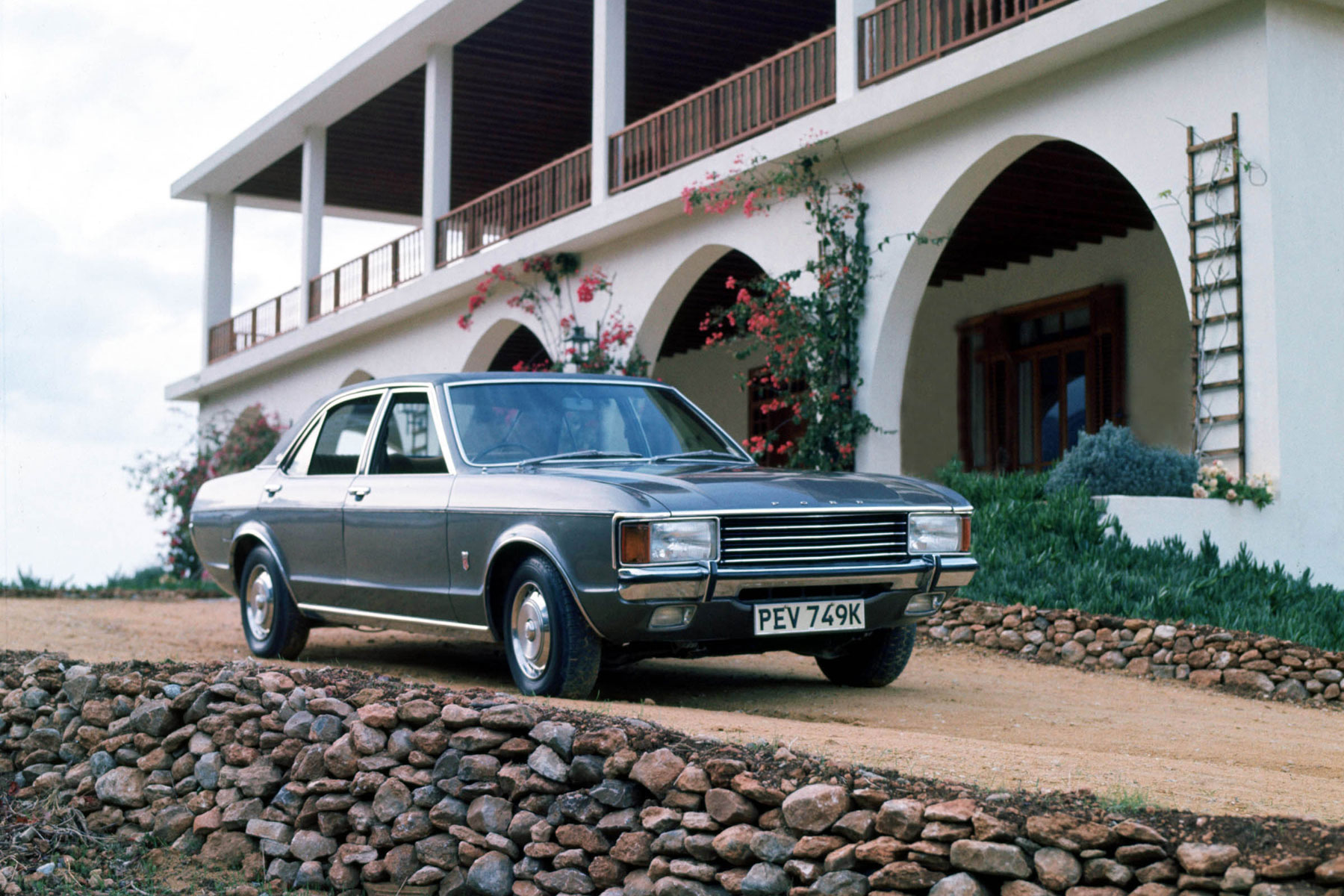 Your dad probably drove a Ford Granada. Back in the day this was a big and bruising saloon for the sales executive on the move. It’s one of half a dozen Fords on this list, but by the mid 1990s, the nation’s love of big Ford saloon cars was beginning to decline. 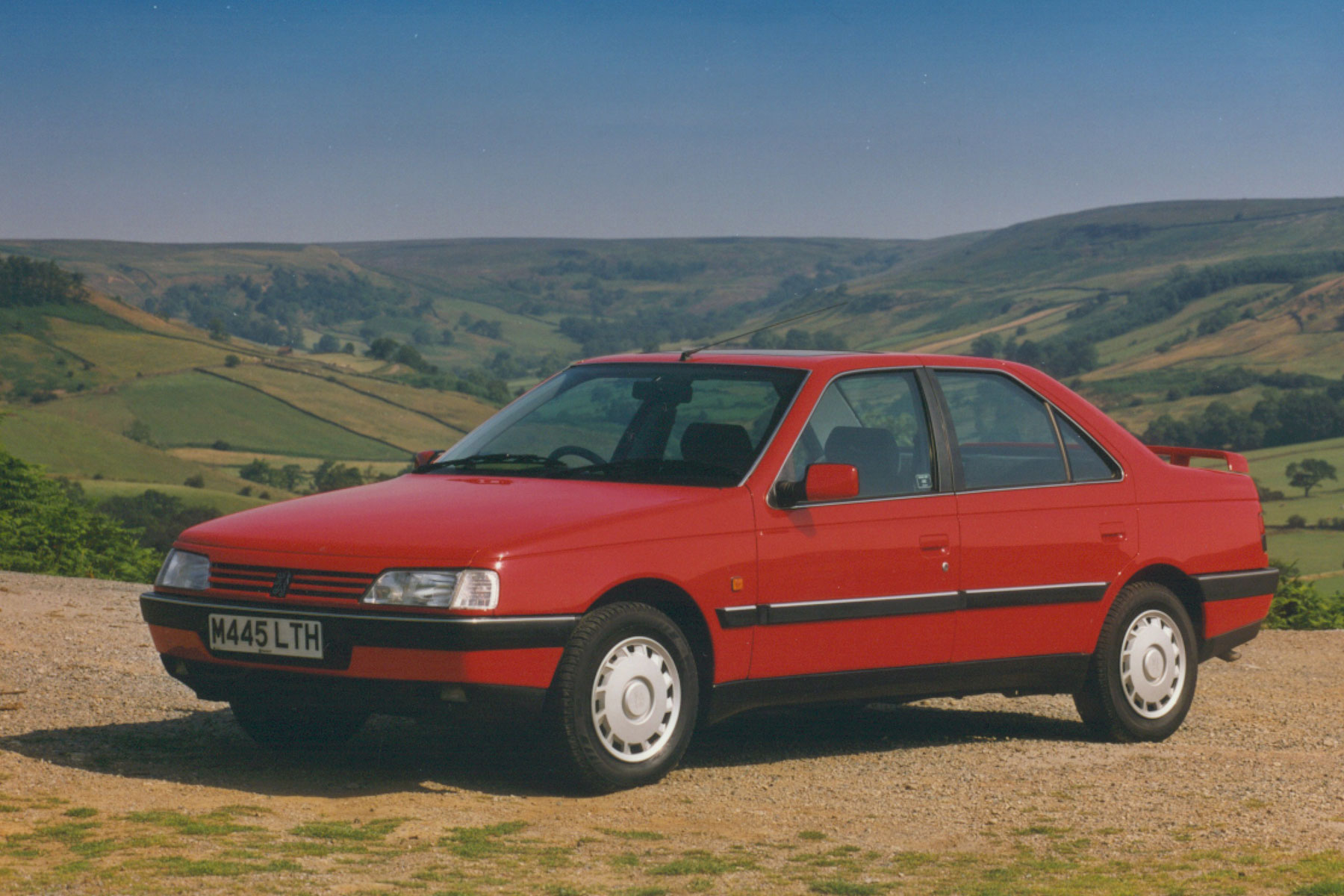 In his head, your father was driving his Peugeot 405 through a field of burning sugar cane with a beautiful young blonde sat alongside him, all to the sound of Berlin’s ‘Take My Breath Away’. In reality, he was crawling along the inside lane of the A3 on his way to a sales meeting, with Dave from accounts in the passenger seat. 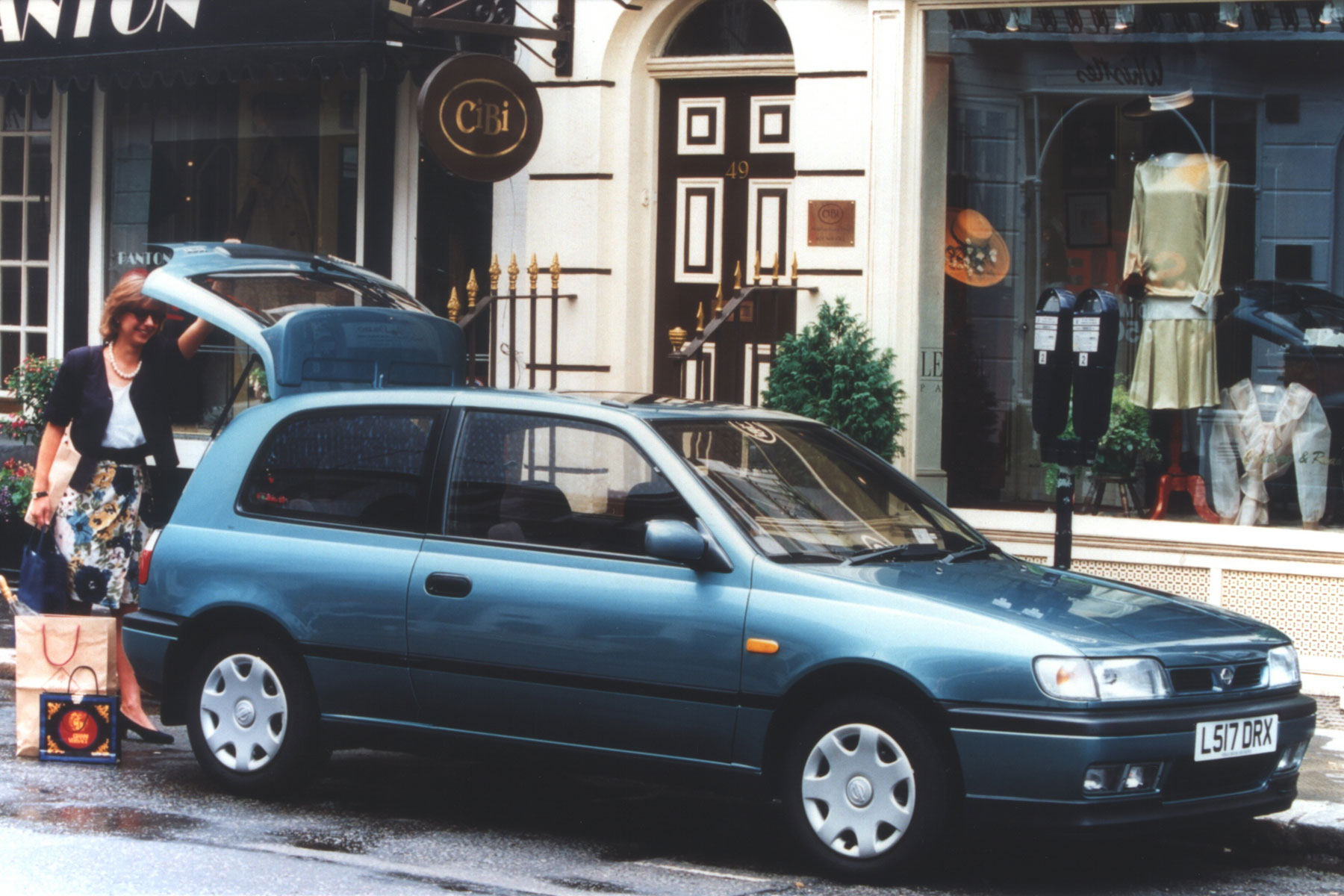 The Nissan Sunny wasn’t the most memorable car ever to grace this country’s roads, but with around a third of a million enjoying active service in 1995, it obviously held some appeal. The outlook was far from sunny for this Nissan in 1995, though; the Almera replaced it later in the year. 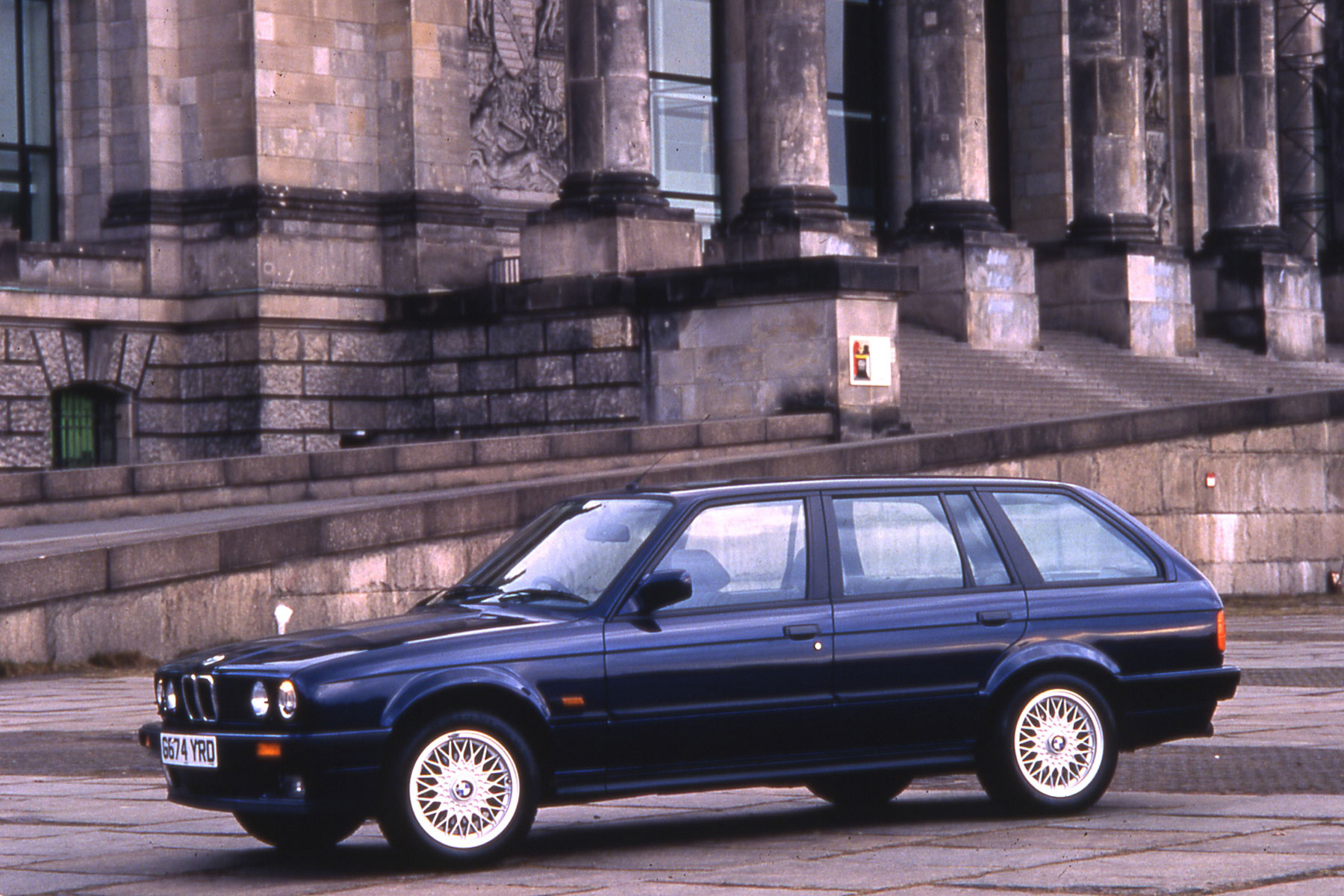 If you owned an E36 BMW 3 Series in 1995, you were clearly doing something right. The 3 Series was a sign of success. Proof that life was good. Well, proof that you’d met your monthly sales targets, if nothing else. 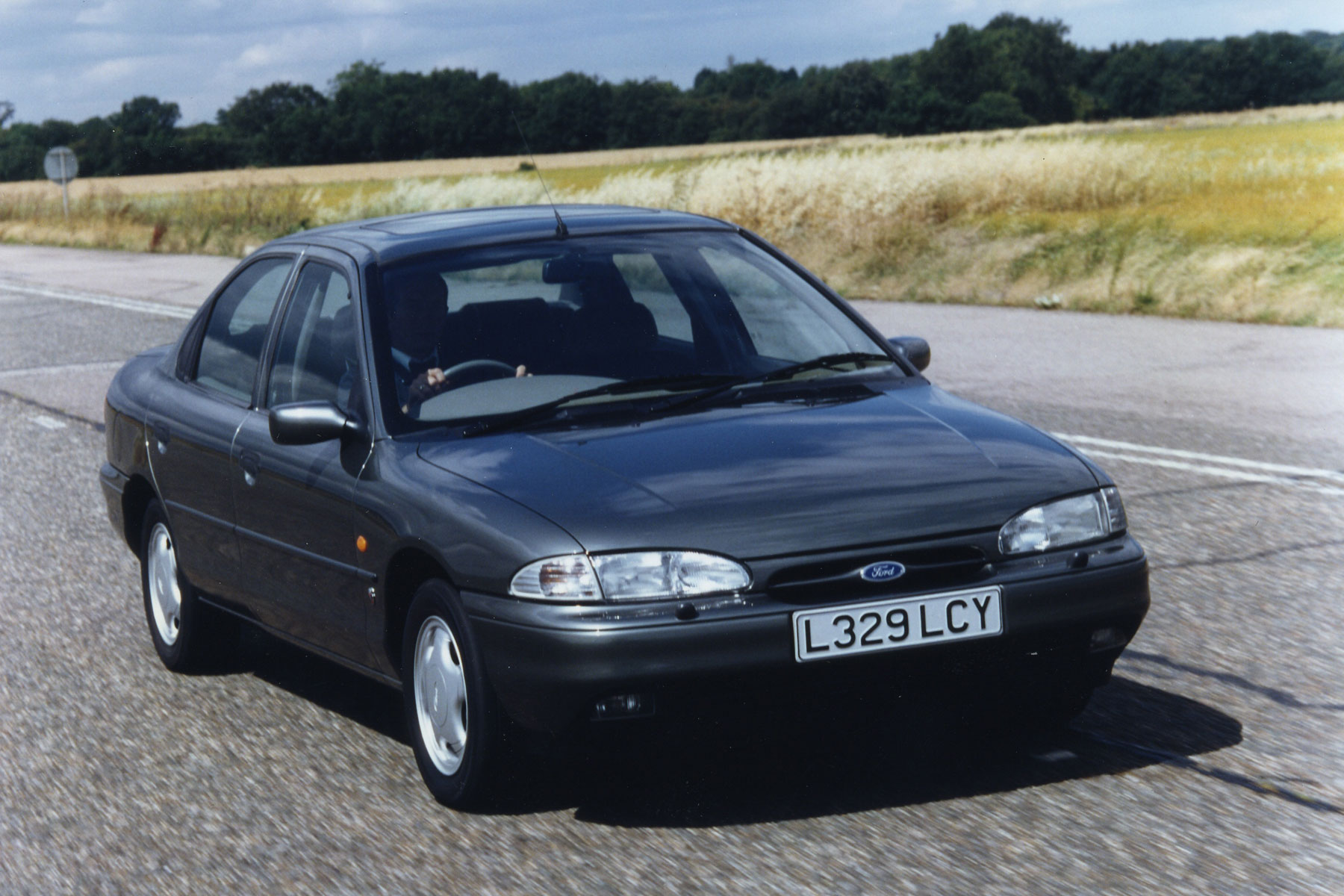 Back in 1995, ‘Mondeo Man’ hadn’t been born. Sure, the Ford Mondeo arrived in 1993, but it was at the Labour Party conference in 1996 where Tony Blair first used the famous reference. Labour won the 1997 General Election and the rest is history. 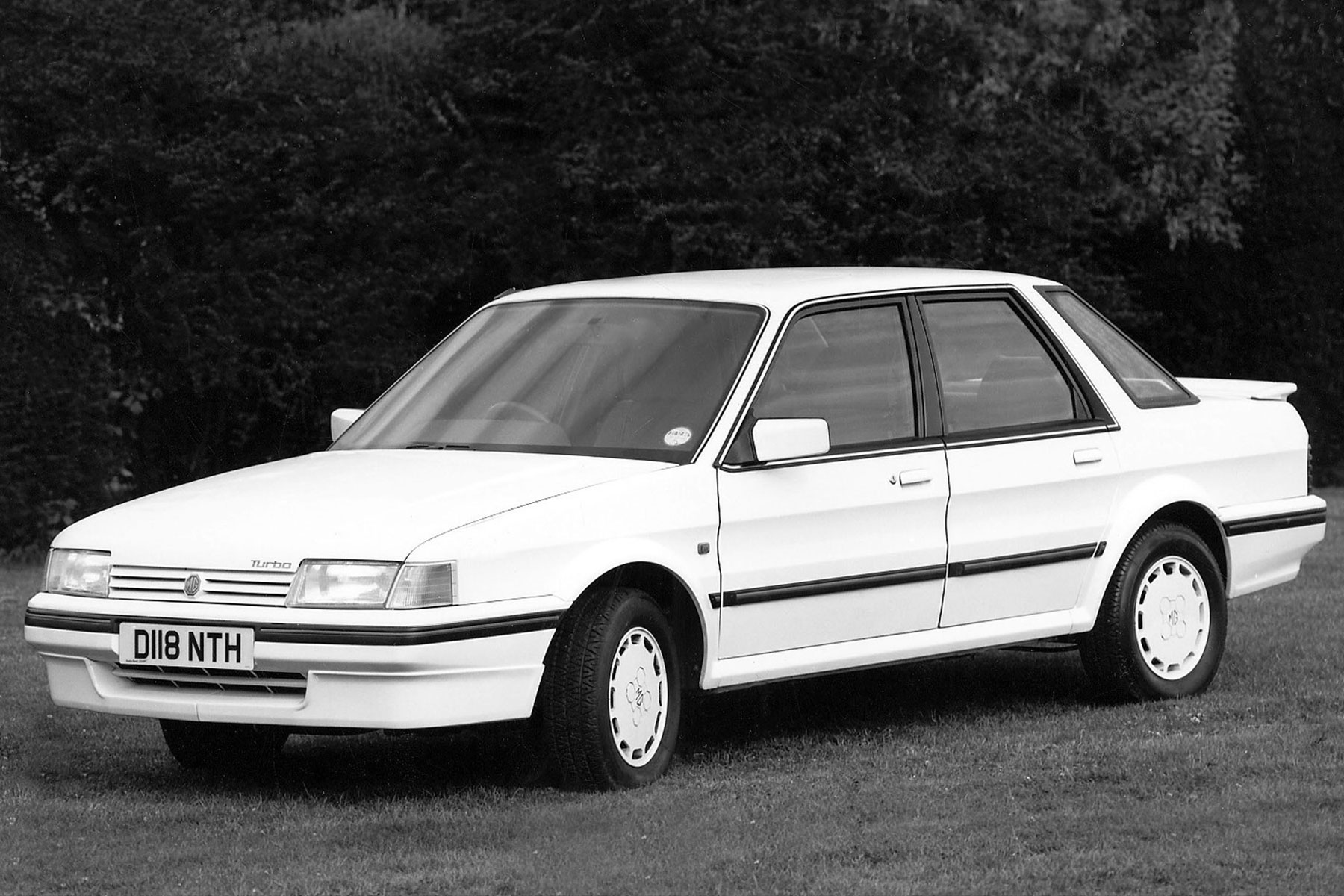 How quickly the mighty have fallen. Back in the mid 1990s, Austin and Rover cars were still very much a part of British life. The spiral into oblivion commenced soon after production ceased in 1994 and they now score highly in the I-Spy Book of Endangered Species. 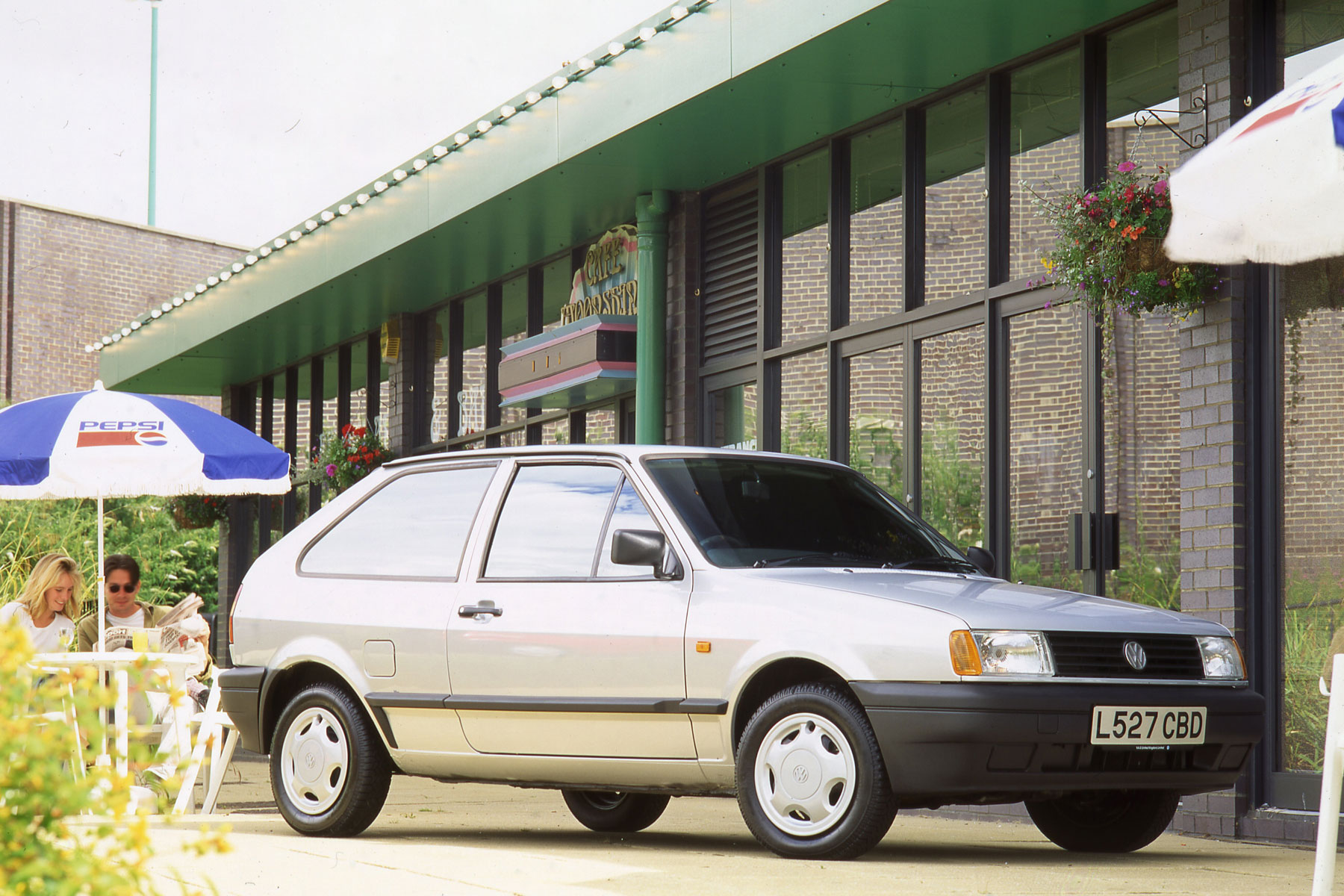 There are no such problems for the Volkswagen Polo, which seems to get more popular every year. It’s a car driven by students venturing onto the road for the first time and elderly drivers in the twilight of their motoring life. 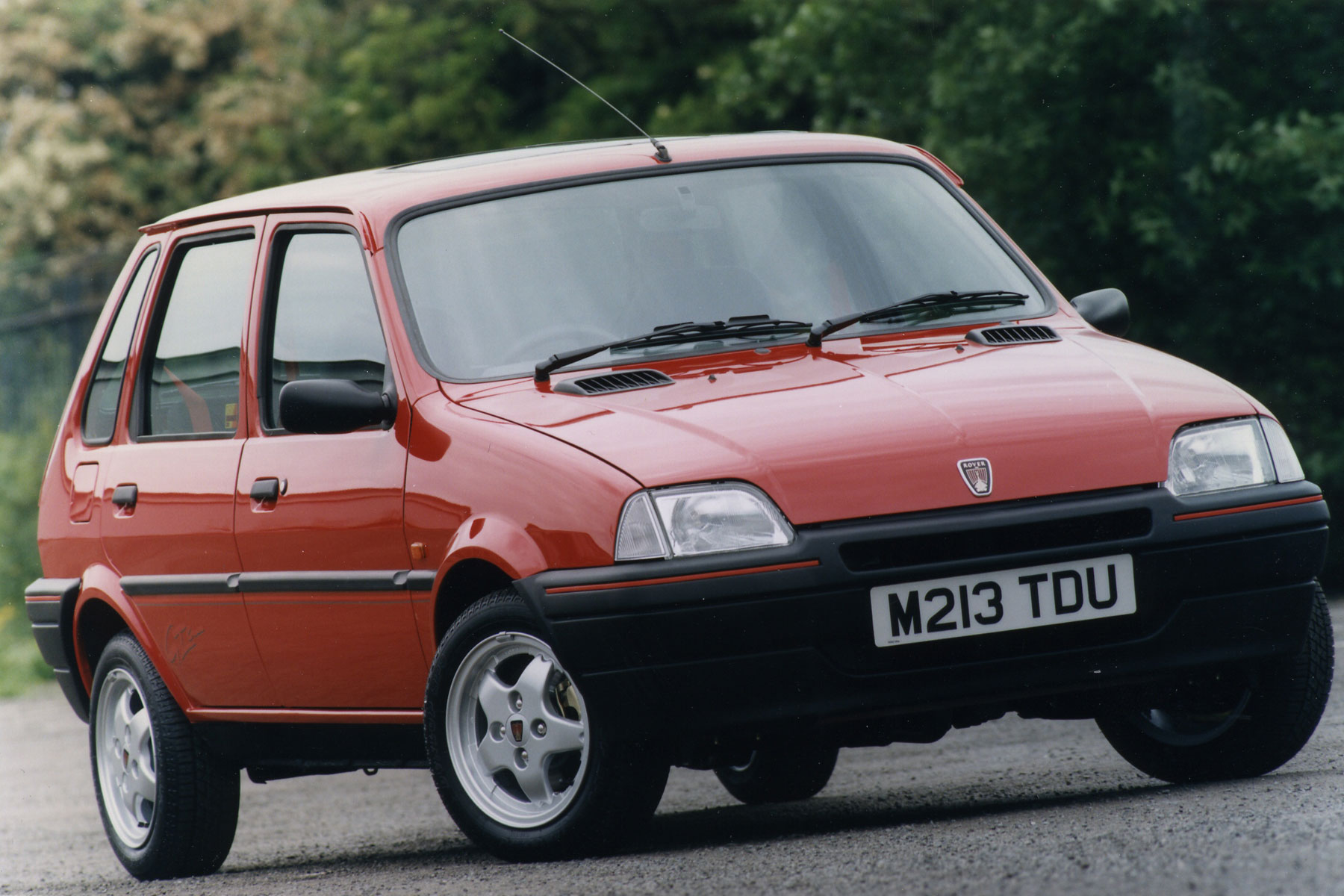 The replacement for the original Metro arrived in 1990 and would eventually be rebadged as the Rover 100. It was a genuinely good supermini – Euro NCAP crash-test notwithstanding – but few people today seem to care. We rather fancy a GTa, GTi or Cabriolet… 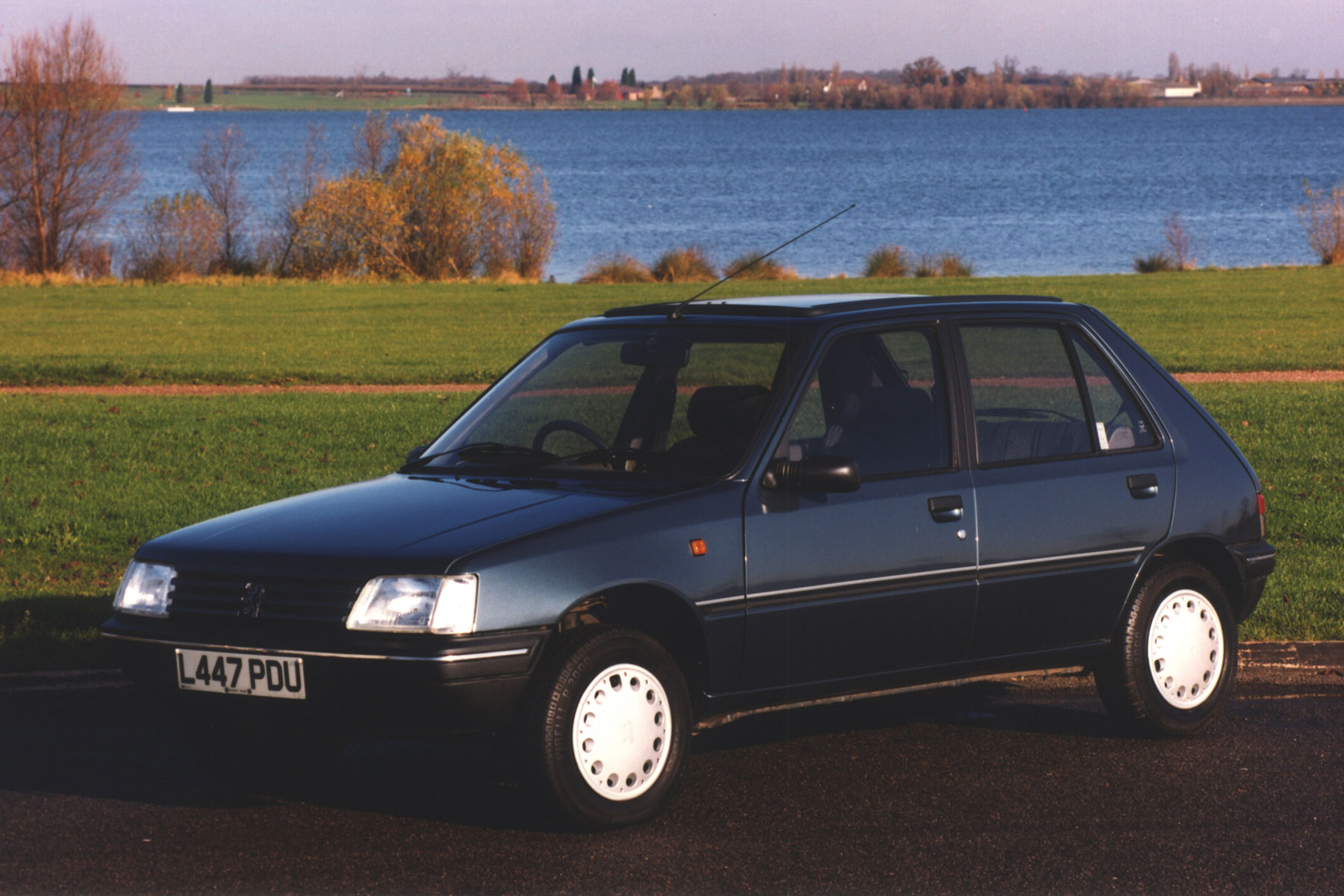 It’s hard to believe that Peugeot’s elegant 205 supermini had only been out of production a year in 1995. Well over five million 205s were produced and the GTI is the greatest hot hatchback ever. Probably. 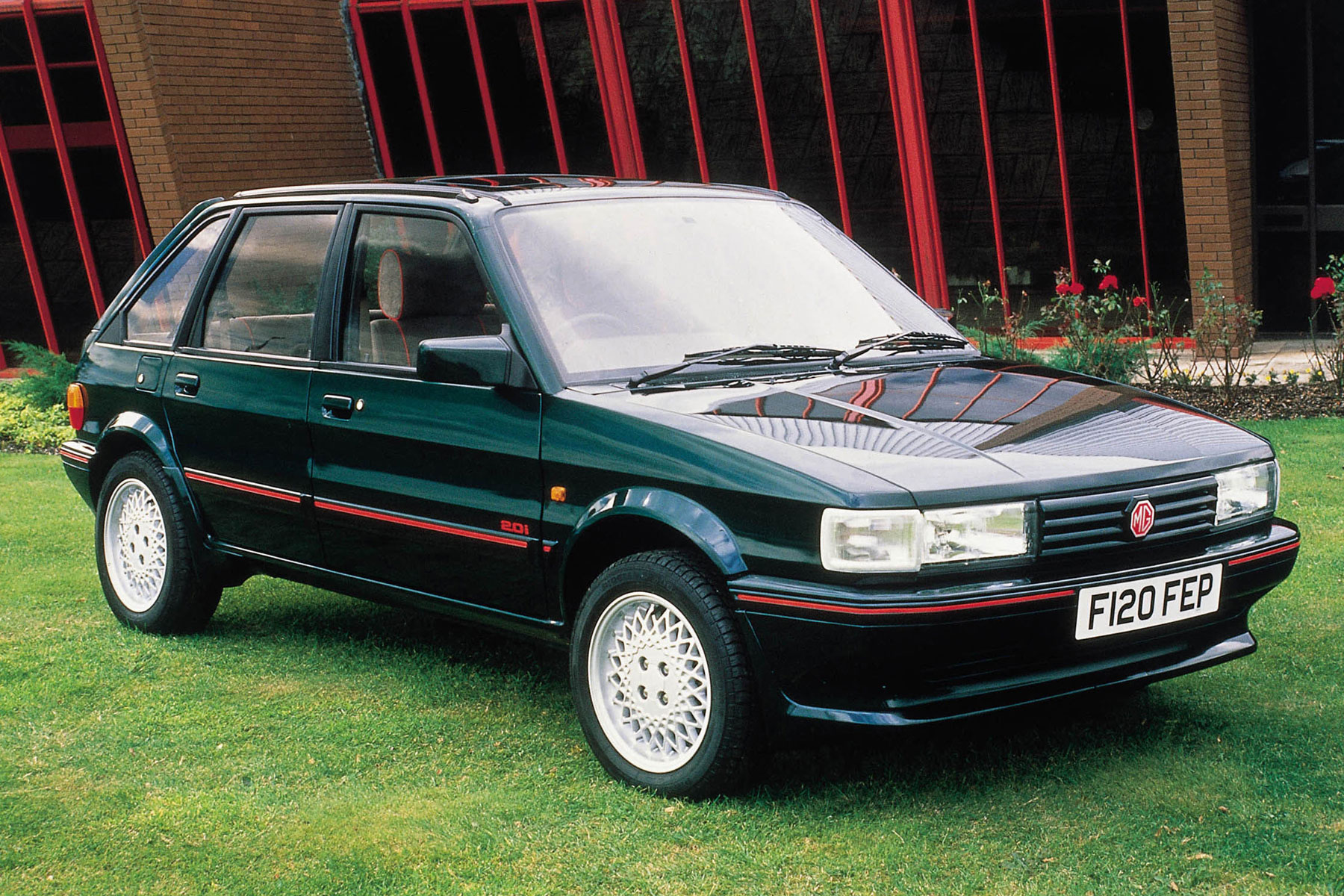 The Maestro arrived too late and failed to make a serious dent in a sector dominated by the Ford Escort and Vauxhall Astra. That said, there were still close to 400,000 on the roads of Britain in 1995. Just where did they all go? That’s a rhetorical question. 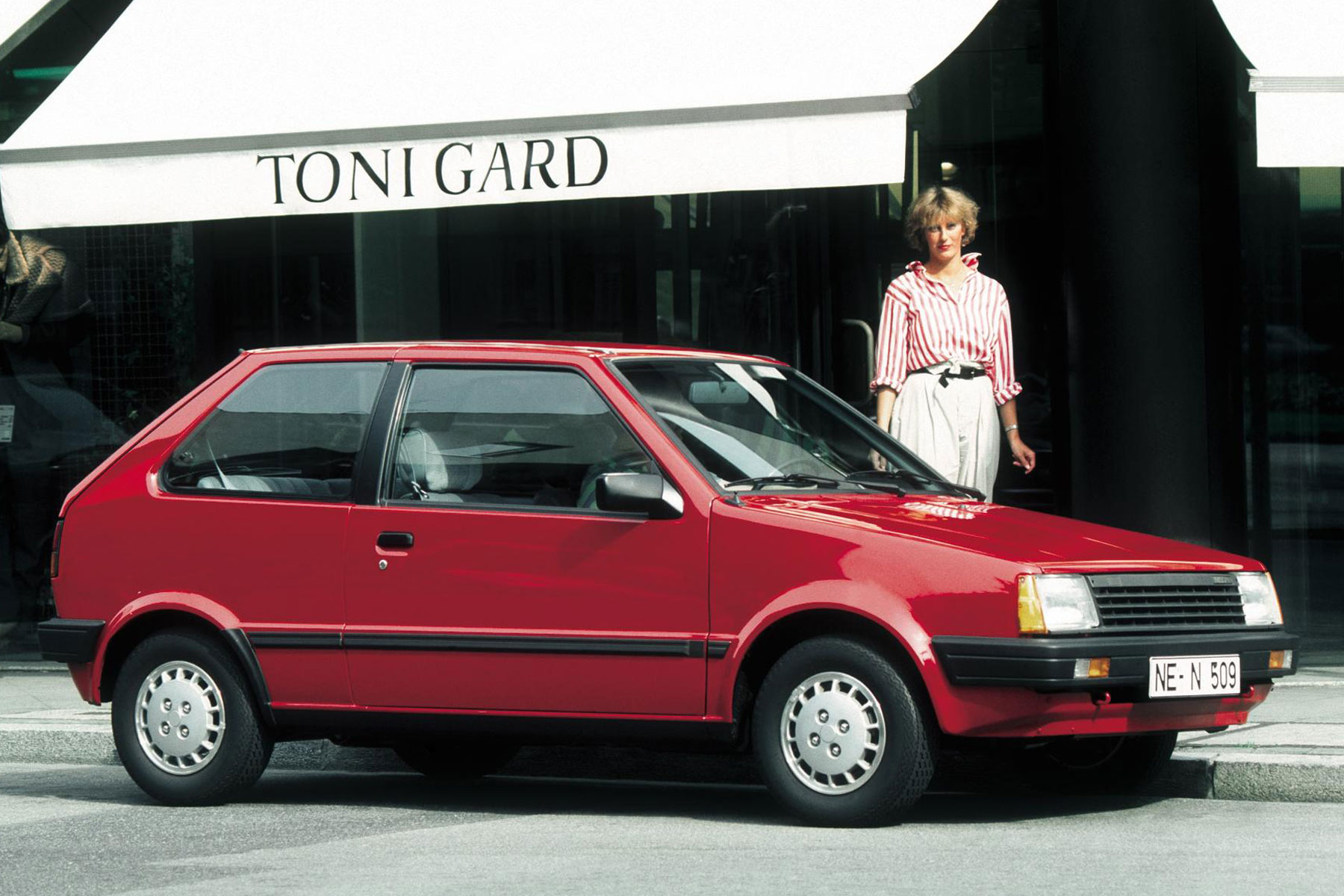 In 1995, the Nissan Micra was on to its second generation model – known as the K11 – and there were over 410,000 on the road. Today, the almost-indestructible K11 is still a common sight. They’re like cockroaches, but cuter. 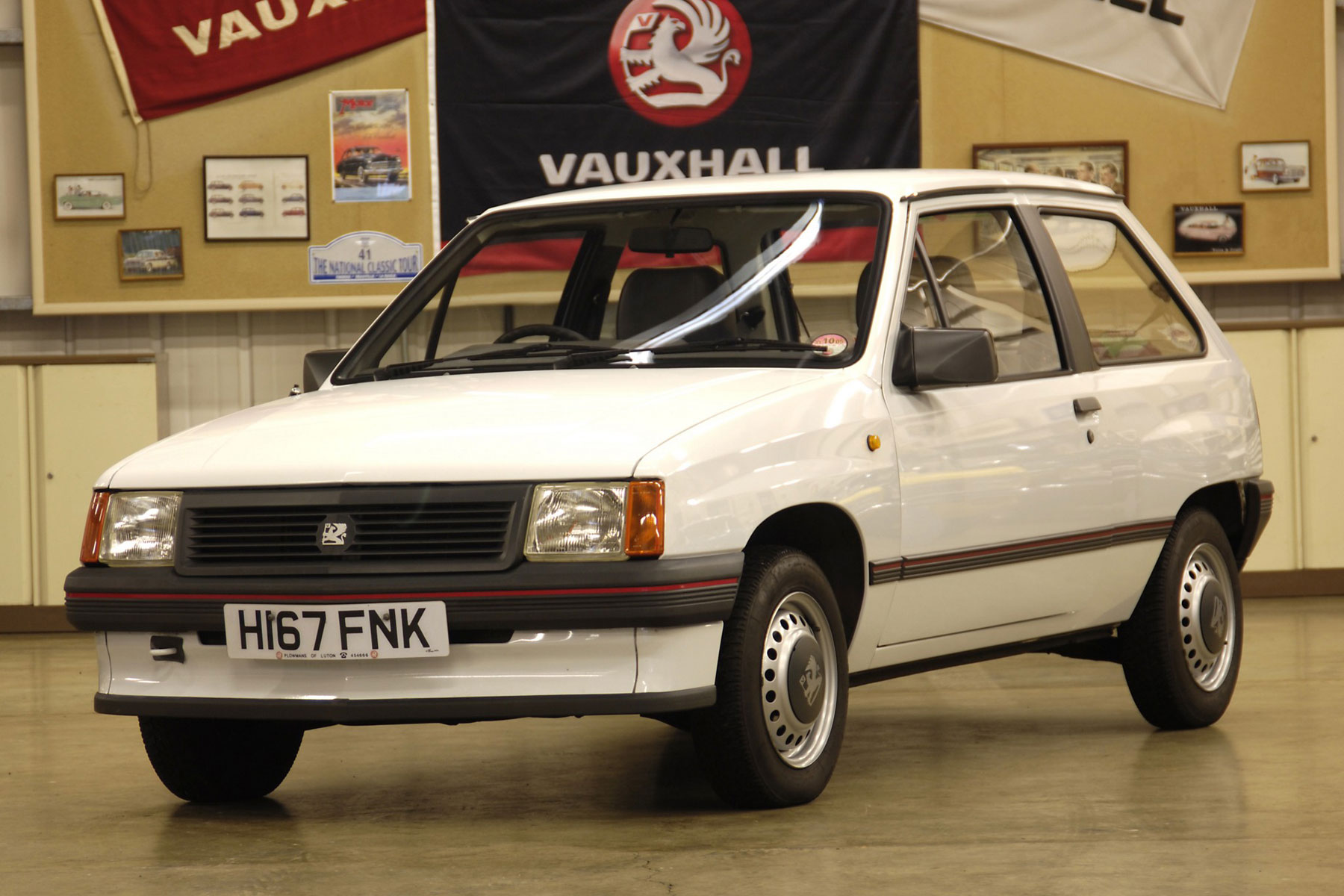 By 1995, the Vauxhall Nova had made way for the Corsa, but the Nova still outnumbered the young upstart with the new name. Nova drivers enjoyed wearing a baseball cap backwards and heading for the local retail park. Well, some of them did. 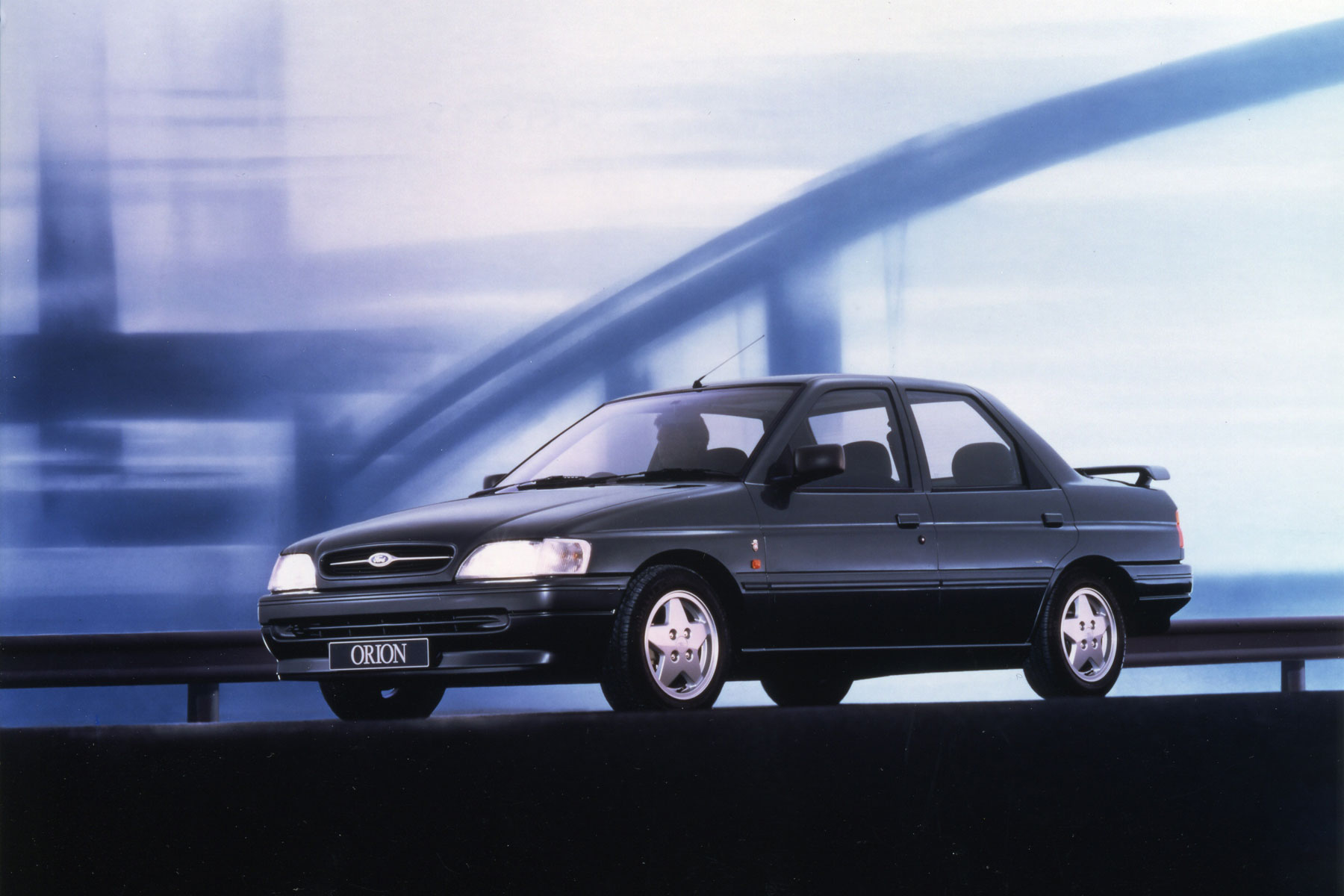 Once upon a time, the Ford Orion was a model in its own right. Sadly, the distinction was dropped and it became simply the Ford Escort saloon. The Orion name was lost in space. 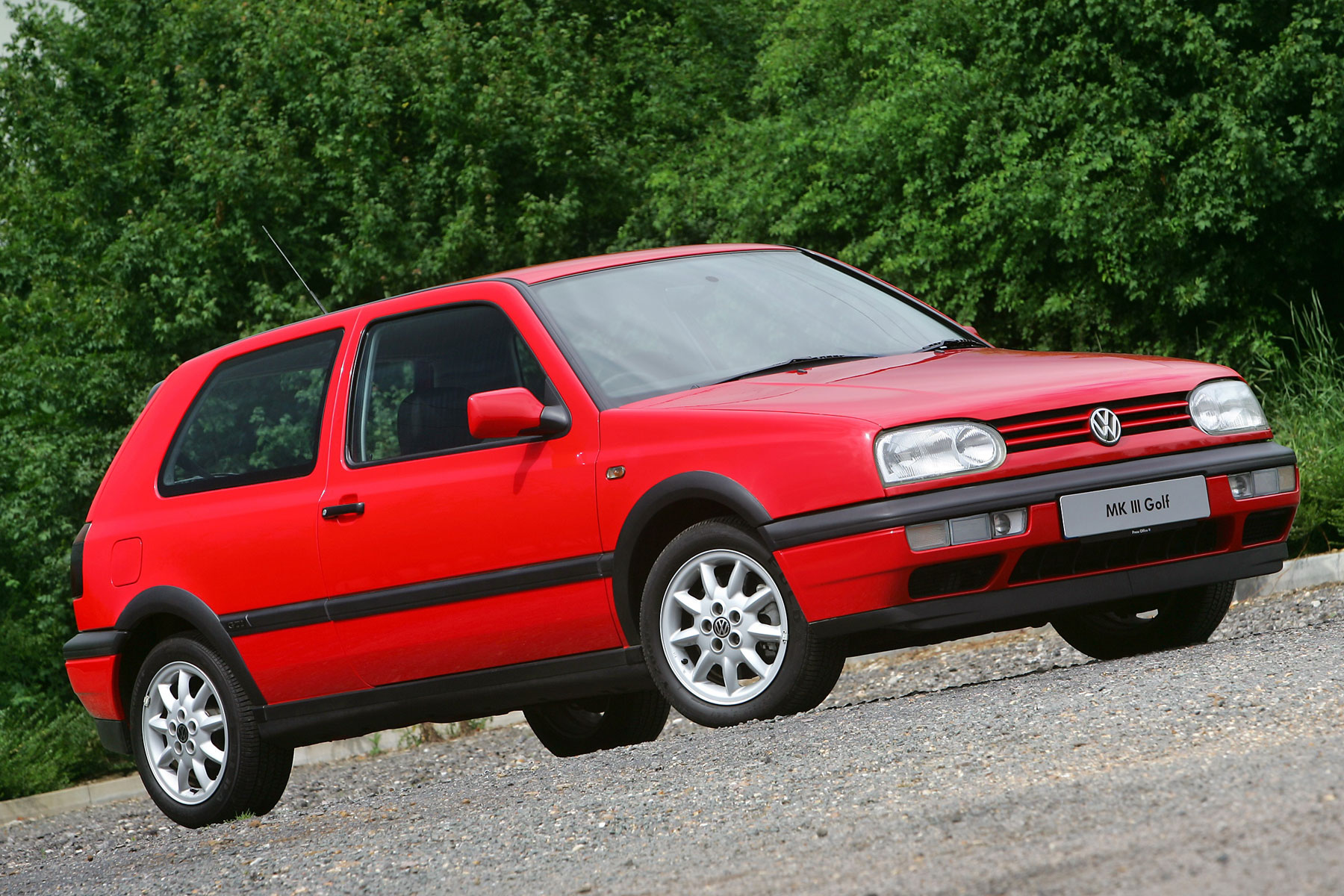 Today, there are over a million Volkswagen Golfs on the roads of Britain, but there were half that number in 1995. Then, the Golf had reached its third generation. Now, the benchmark hatchback is into its eighth incarnation. 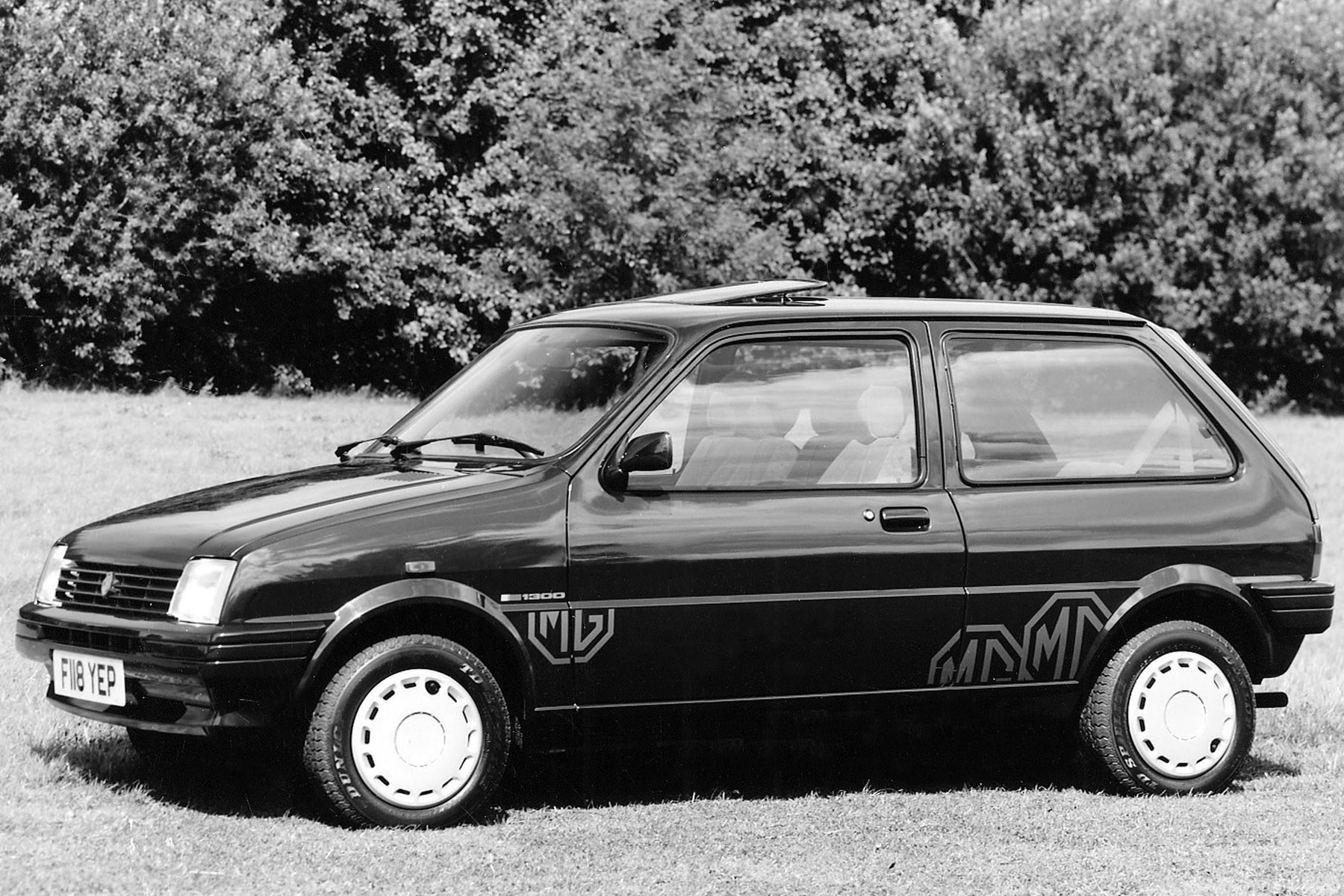 Goodness, this just goes to prove how successful the Austin Metro actually was. Even a few years after production of the original Metro had ended, it was still the seventh most popular car on the roads of Britain. 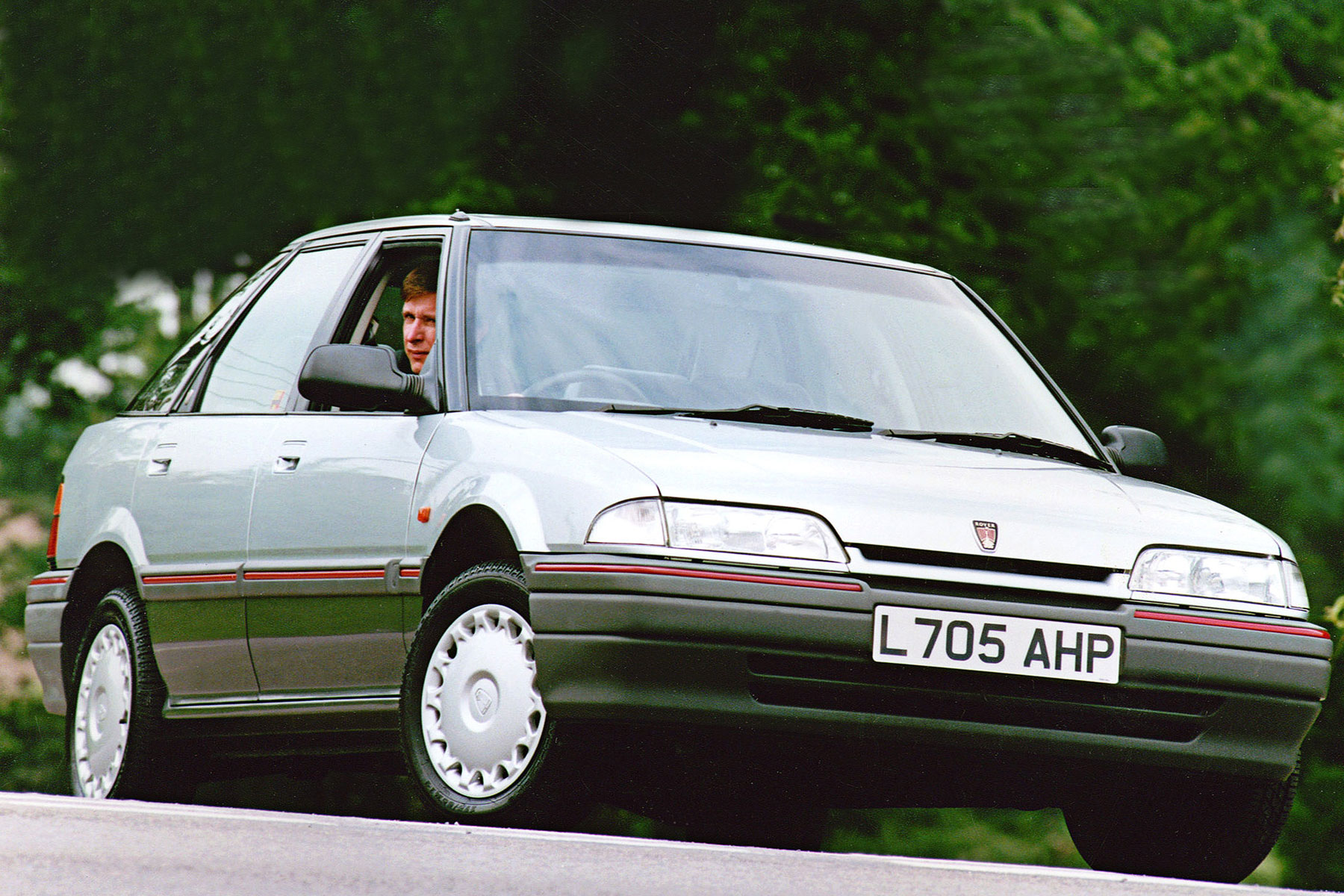 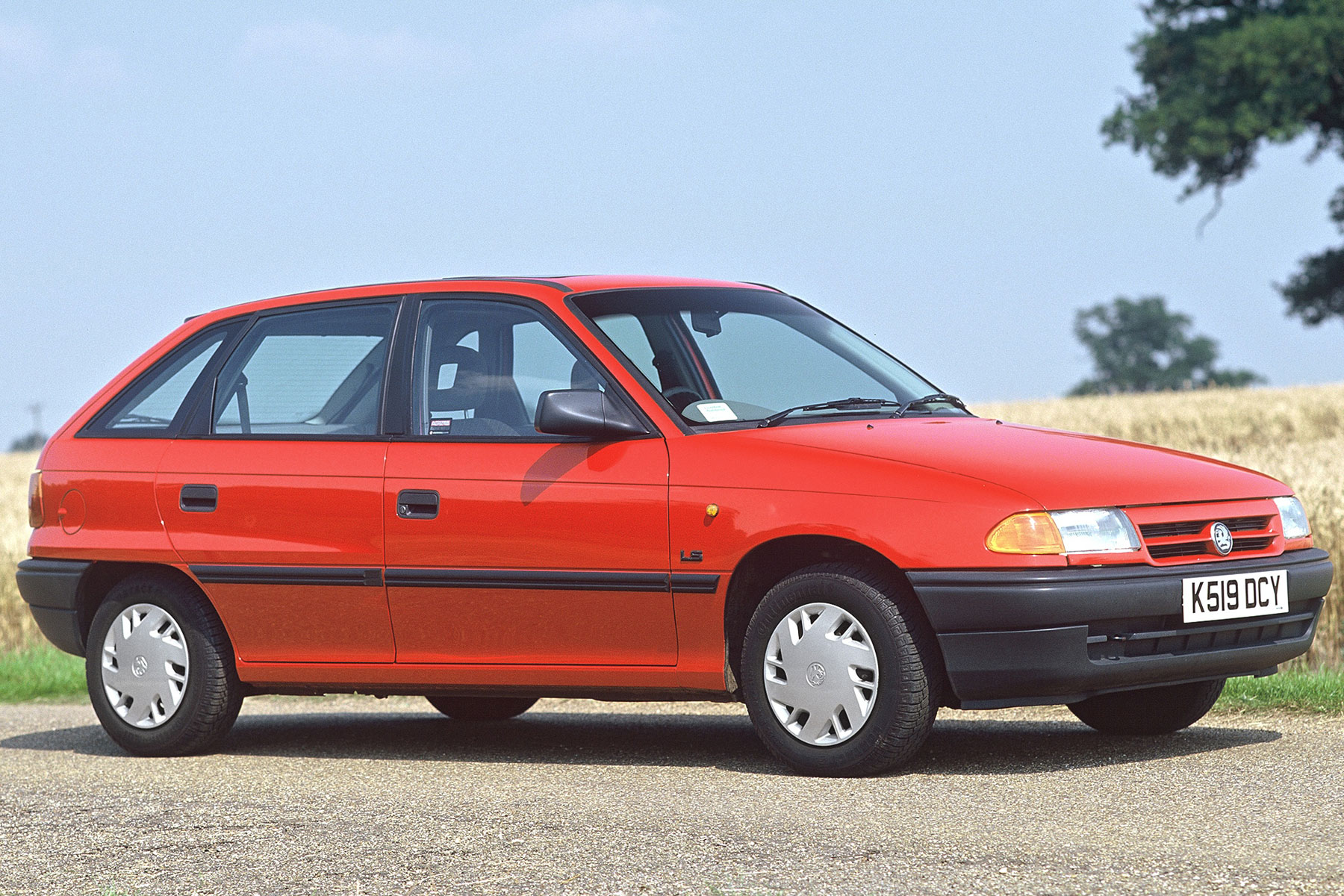 The top five is filled with very familiar names. Starting with the Vauxhall Astra, of which there were close to a million on the road in the mid 1990s. Today, the Astra no longer makes the UK top 10 best-sellers list, lagging far behind the smaller Corsa.

Twenty-five years ago, the Ford Sierra was a very familiar sight. Despite making way for the Mondeo a couple of years earlier, there were still around a million on the road. Today, just a few hundred common-or-garden Sierras remain – although around 900 RS Cosworths are still registered. 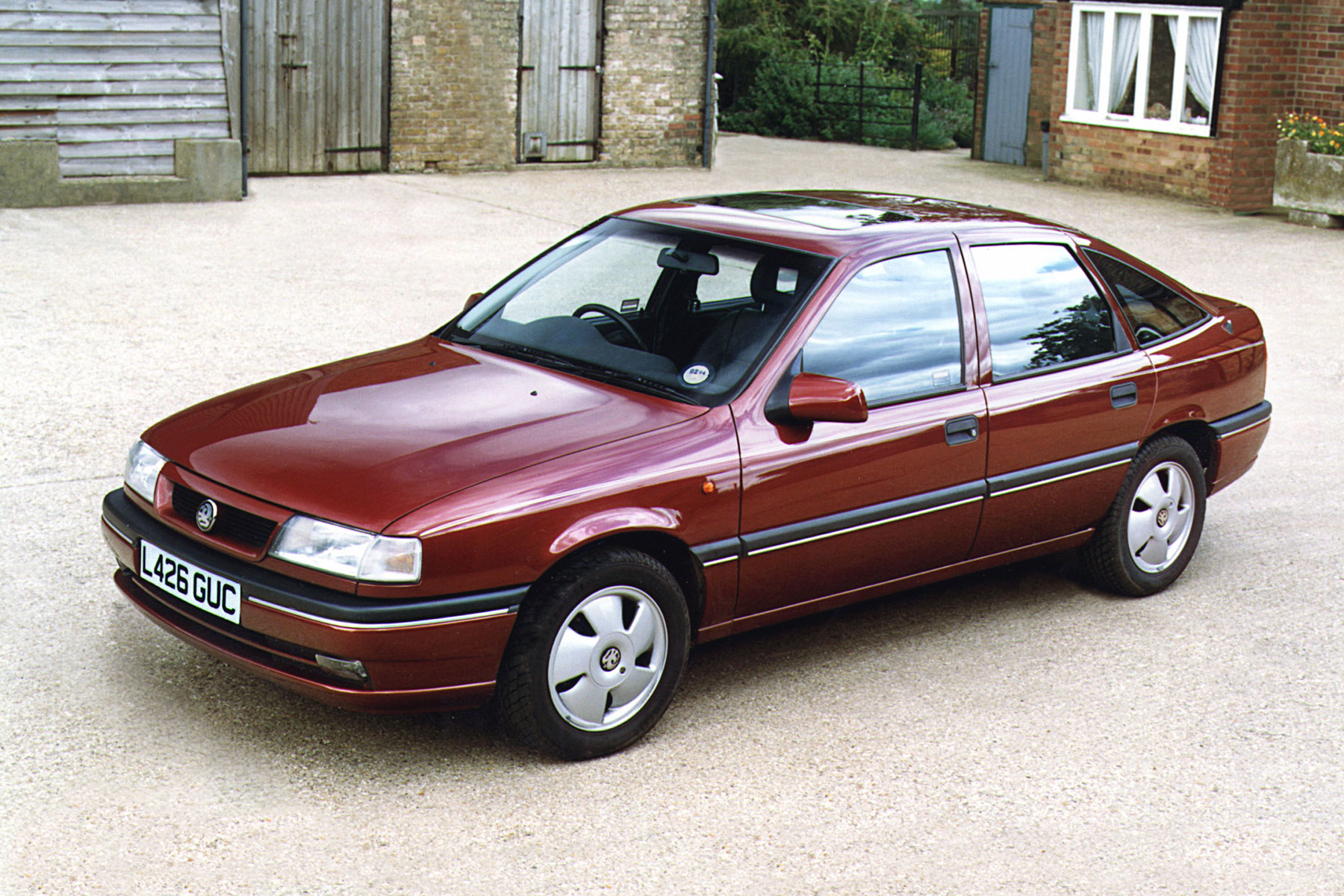 Our chosen year of 1995 was when the Cavalier made its final appearance, making way for the Vectra. Clarkson’s favourite car had some catching up to do, however – there were 1.2 million Cavaliers on the road. 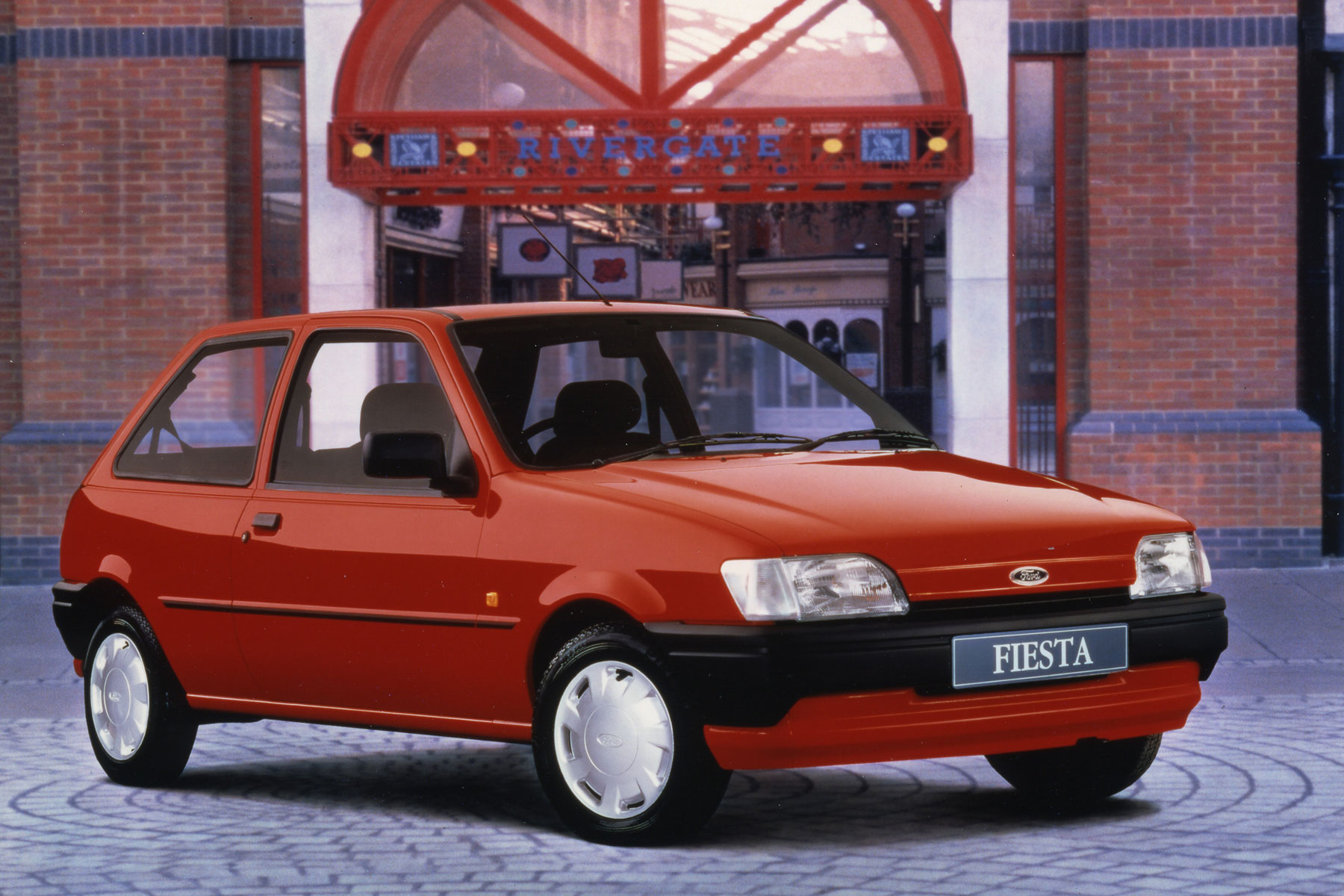 The Ford Fiesta is a best-seller today and it was a similar story back in 1995. Back then, there were 1.65 million Fiestas on the road and the Mk3 version seen here was nearing the end of its production life. Our pick is the RS1800 version, which matched the Fiesta RS Turbo’s 130hp output, but without the wait-for-it turbo lag. 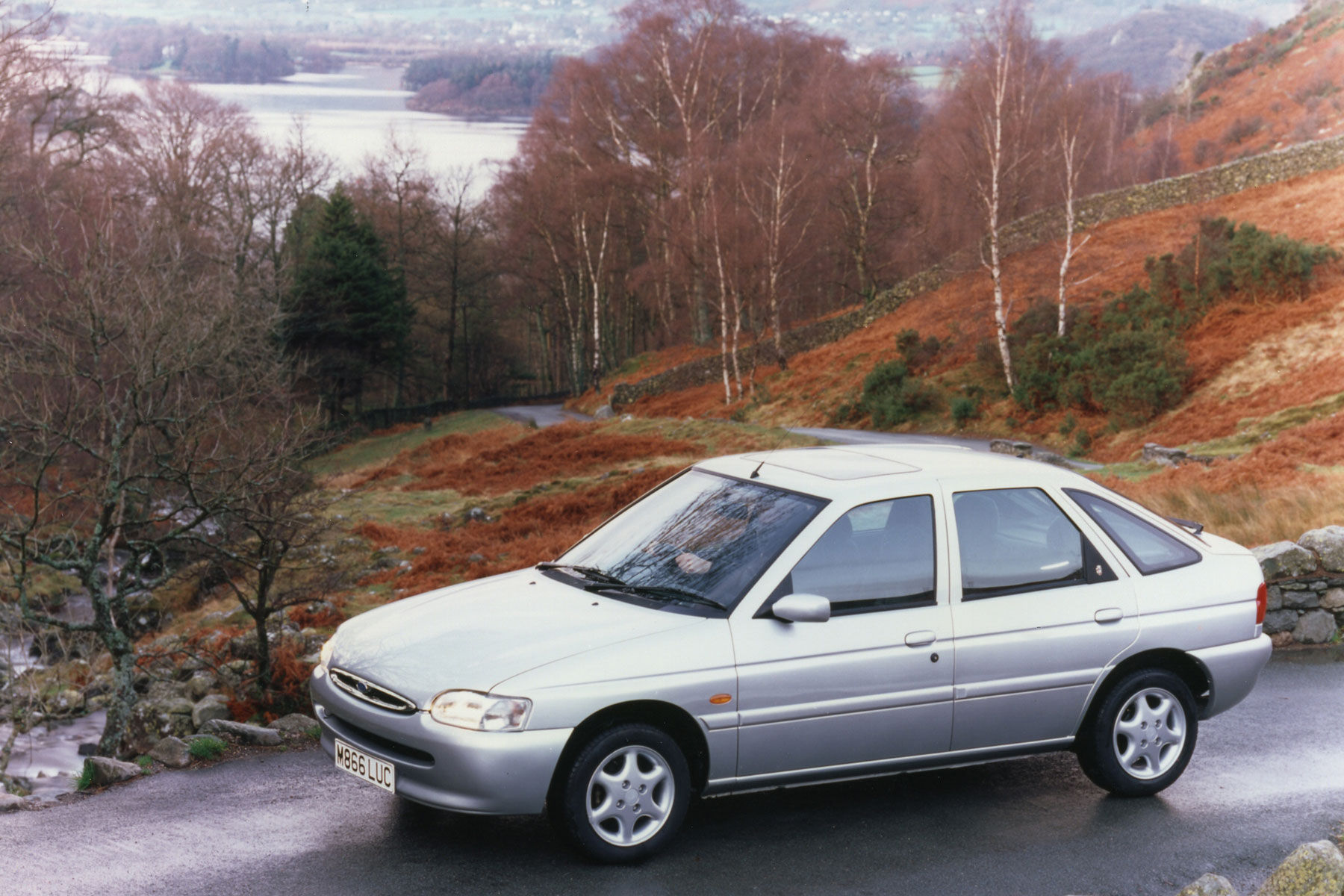 Mediocrity didn’t prevent the Escort from becoming the UK’s best-seller, with a whopping 1.9 million on the road in 1995. The Ford Focus that followed in 1998 was a far better car, but we still remember the Escort with some nostalgia. The nameplate was sold in Europe from 1968 onwards, after all.

This sheddy Civic is the best £950 I’ve ever spent

Marcello Gandini's 1970 Garmisch concept seemed to be lost forever. Until BMW decided to recreate it in 2019...
Read more
Features

Your pocket guide to Japan’s tiny, quirky and brilliant kei cars – including some of our favourite models
Read more
Features