The first car I ever crashed was a Lotus Esprit. Rounding a corner too quickly, it flipped onto its side, bounced between the bannisters, then cartwheeled down the stairs. The Matchbox model in question was ‘Wet Nellie’, James Bond’s submarine supercar from The Spy Who Loved Me. Fittingly, I think it ended up in our garden pond.

My next encounter with the Esprit came as a teen. I wasted countless hours bashing my joystick (not a euphemism) playing Lotus Esprit Turbo Challenge on the Amiga.

Now, at 41 years young, I’ve finally been invited to drive a real one. Needless to say, I’ll be keeping well away from ponds. And, um, stairs. 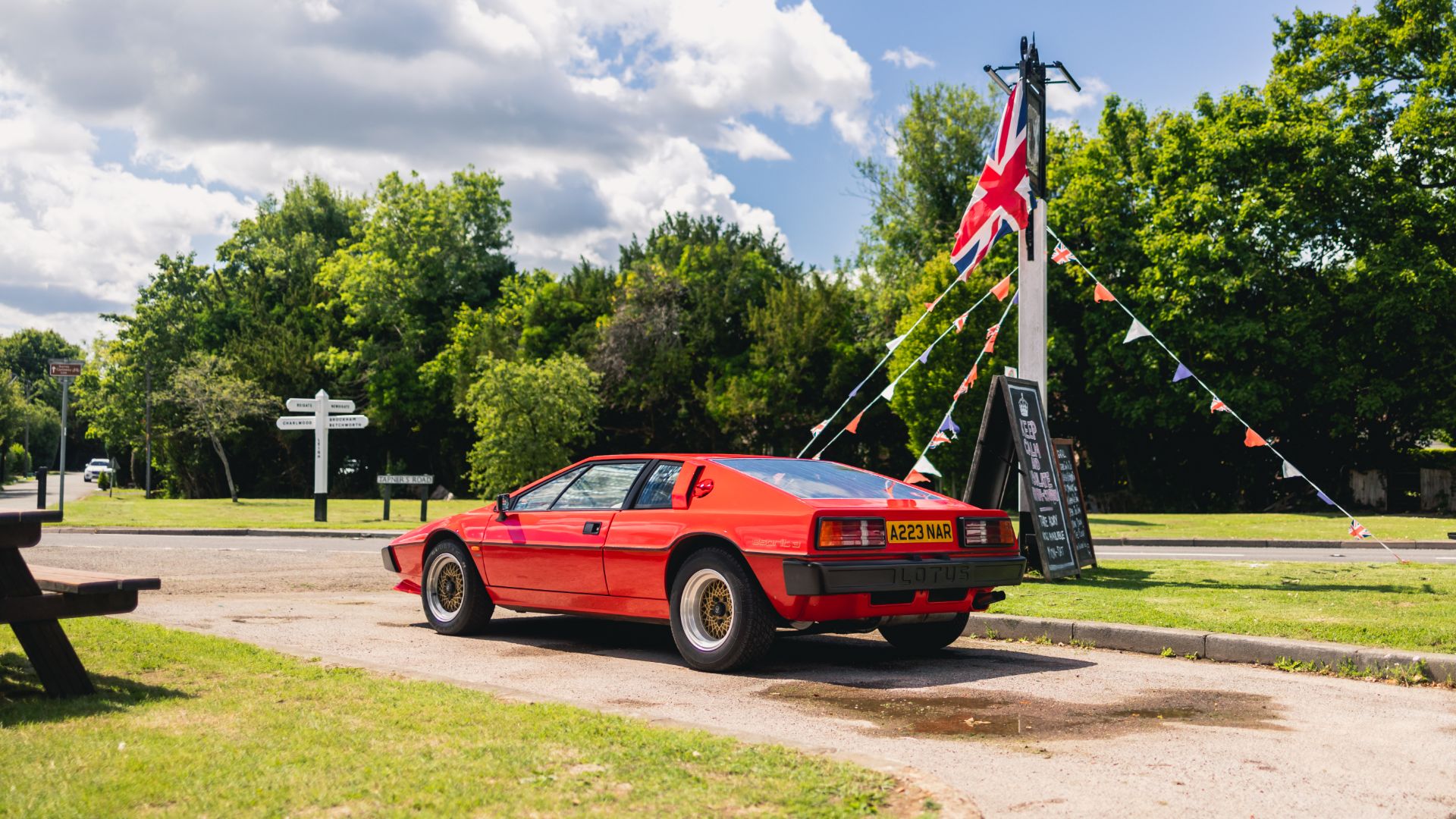 Launched in 1976, the Esprit was assembled in Norfolk for some 28 years, finally bowing out in 2004. But the rumour is that Lotus, freshly buoyed by Chinese investment, will reveal a long-awaited new Esprit in 2021 – complete with V6 hybrid power and a six-figure price tag.

It looks even better in the metal, too: a low-slung wedge of sharp creases and aggressive angles. Except the Lotus isn’t made of metal: its body panels are fibreglass, hung on a galvanised steel frame. There are two seats, fully independent suspension and a mid-mounted engine, but not everything is quite so exotic.

That motor only musters four cylinders, the tail lights come from a Rover SD1 and the cabin is awash with Morris Marina switchgear. 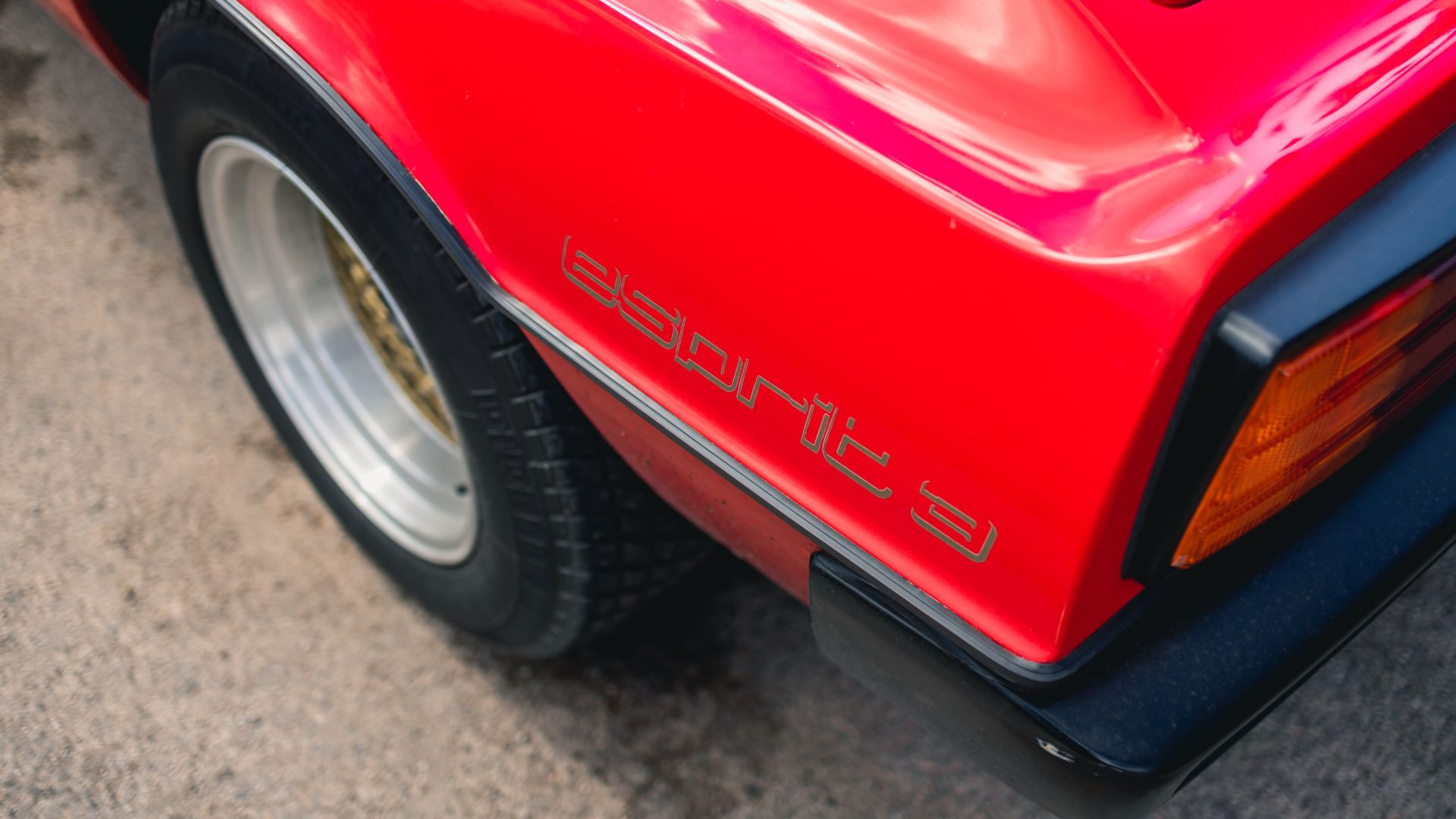 Despite the parts-bin pilfering, the Esprit still feels special from behind its two-spoke steering wheel. The hammock-like seats are so laid-back you’re almost lying down, while the wraparound instrument pod looks futuristic (or certainly did in the early 1980s).

It’s surprisingly luxurious, with plush leather swathing every surface: a stark contrast to the stripped-out Lotuses of today. Oh, and the choke lever – a metal tab on the centre console – doubled up as the cement sprayer in 007’s car. I’m already sold.

I almost don’t care how this thing drives – just *look* at it – but the steering and chassis are just sublime.

On the move, the Esprit is initially less convincing. Its five-speed manual ’box needs a weighty shove when cold and the throttle and brake pedals are perilously close together.

The 2.2-litre engine also sounds rather prosaic, even as the revs rise. It never howls like a Porsche flat-six or wails like a Ferrari V8. Plus, its performance won’t trouble a modern hot hatch: 162hp at a buzzy 7,000rpm means 0-62mph in 6.9 seconds and 139mph flat-out. 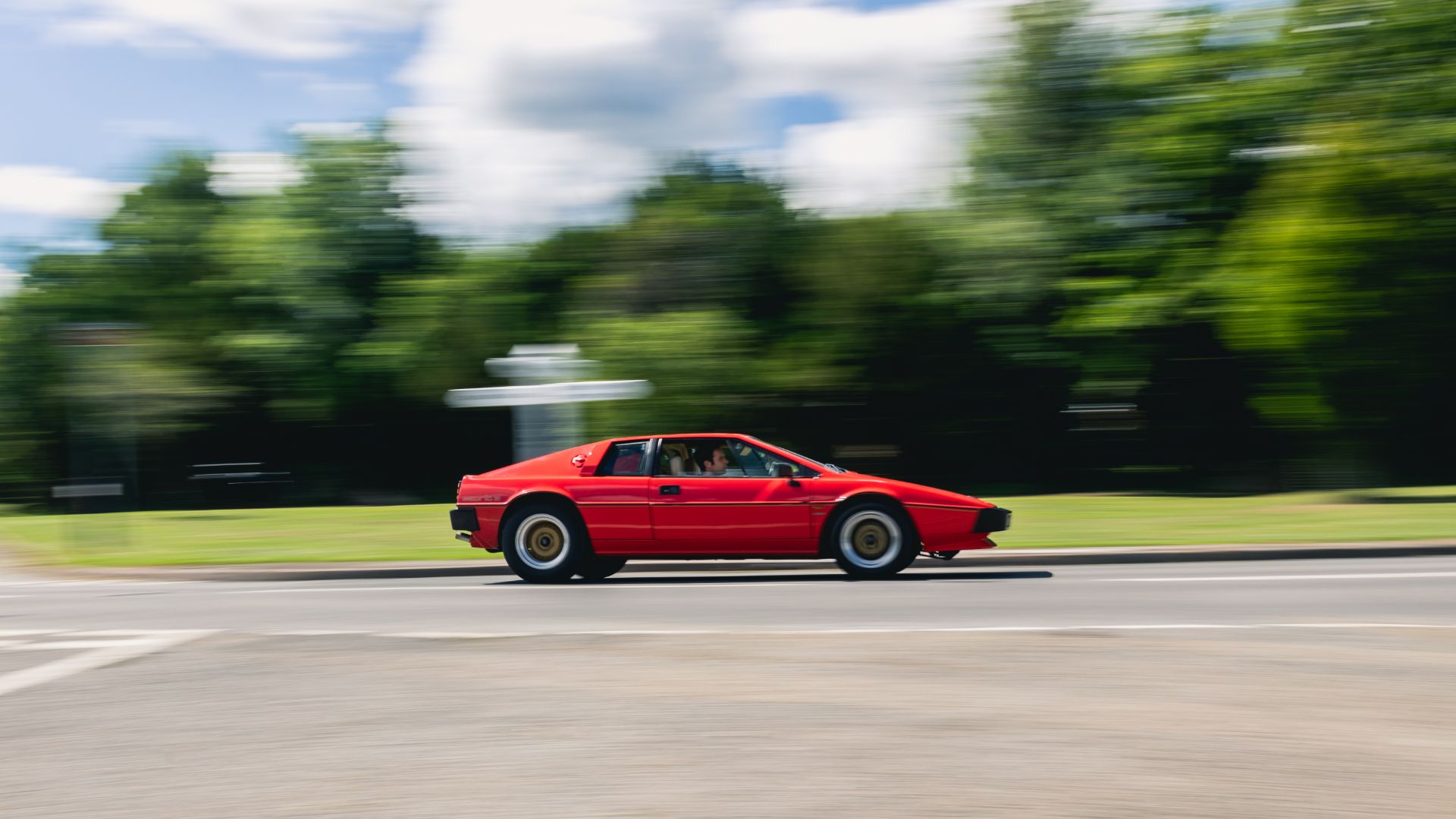 Straight-line speed has never been this car’s forte, though. It comes alive on flowing B-roads, with the beautifully wrought balance that Lotus was, and still is, famous for. The steering is nuanced and precise, the brakes are better than most cars of this era, and turn-in feels firm and focused.

The Esprit’s modest dimensions are a real boon, too. Smaller than the current Lotus Evora, it darts down hedge-lined lanes where newer, vastly wider supercars would fear to tread.

The Esprit, then, is still a pukka driver’s car. With buttocks inches from the Tarmac and scarcely any sense of inertia, it feels like piloting a Star Wars speeder – another toy that littered my bedroom floor in 1983. Yet removing my rose-tinted specs for a moment, it’s also a surefire money-pit that will demand constant attention to keep sweet. We all know the ‘Lots Of Trouble, Usually Serious’ acronym, after all.

So, unless you’re committed, I’d suggest hiring an Esprit rather than buying one. This car is available at RNG Classics in Reigate, priced from £249.

The Jensen Interceptor serves up British charm with a side-order of American muscle. We drive the ultimate 385hp Six-Pack version.
Read more
Previous articleColin Chapman’s Esprit ‘company car’ to be restored by Lotus
Next article‘Reborn’ editions to mark 60 years of the Jaguar E-Type

Two classic supercars from 1990 are heading to auction in September – but which one would get your vote? That’s the challenge participants...
Read more
News

Concours of Elegance 2020: legendary Ferraris to star at Hampton Court

A collection of rare Ferraris, including a 250 GTO, is among the highlights of Concours of Elegance 2020. Here’s what you can expect to see.
Read more
News