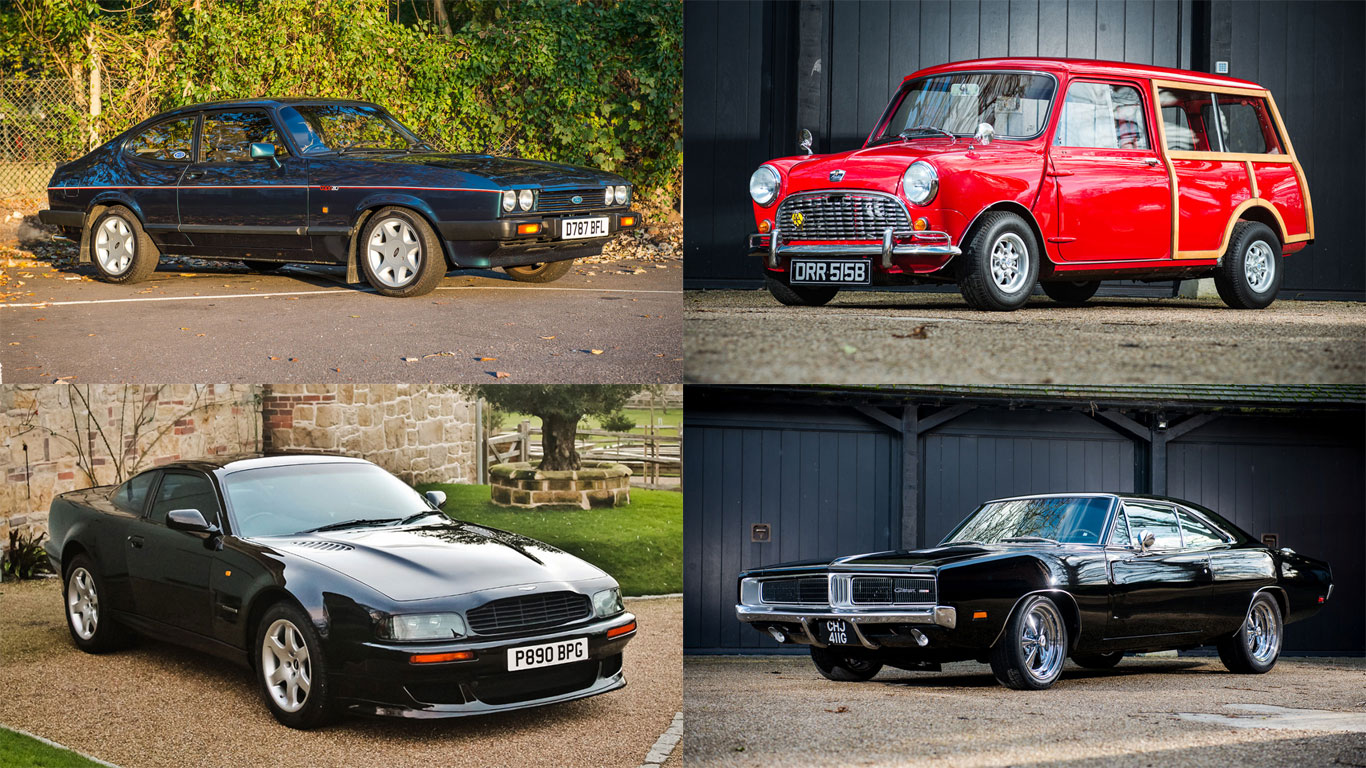 There are three things guaranteed to be popular at a classic car auction: a fast Ford, a 205 GTI and a celebrity connection. The Race Retro Classic Car Sale 2018 has all this and more, as we’re about to highlight as we run through some of our favourite lots. The Silverstone Auctions sale will take place at Stoneleigh Park on Saturday 24 February. 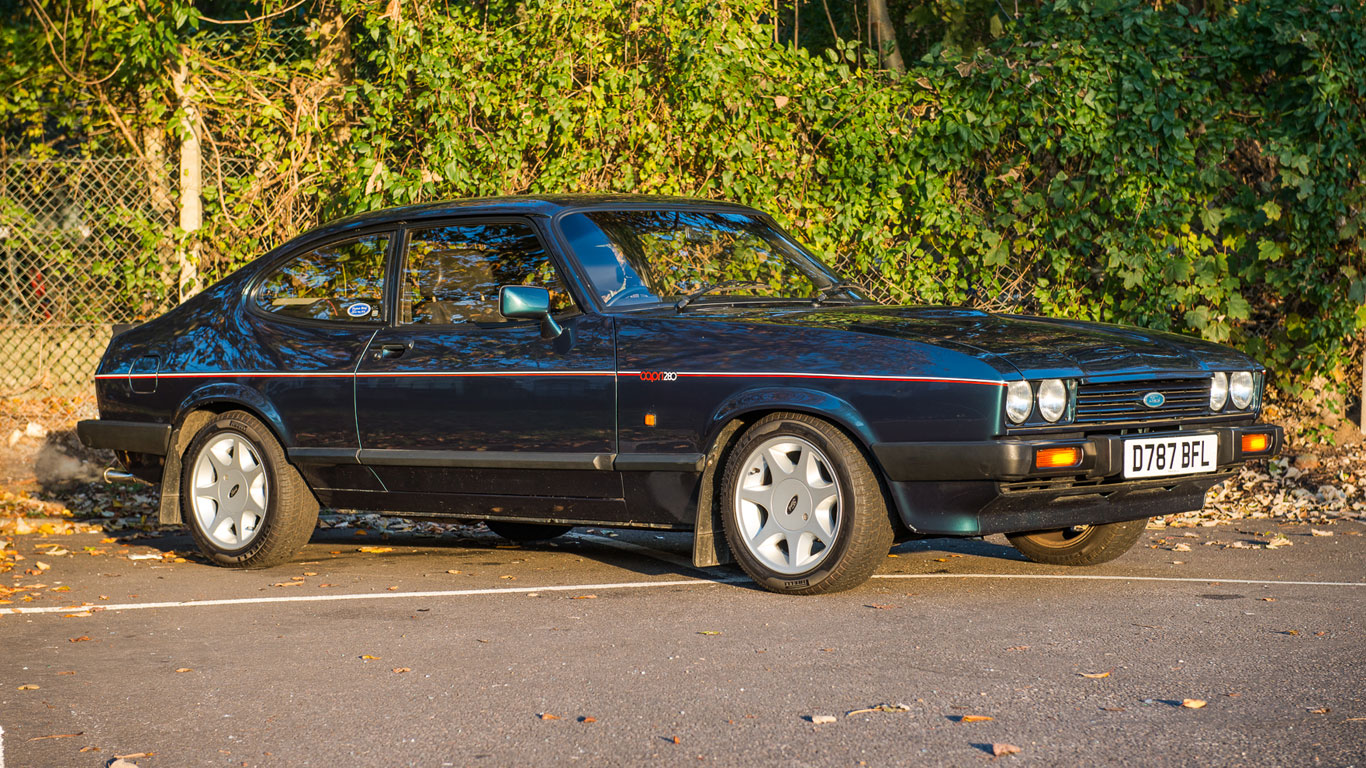 In 1987, a new Ford Capri 280 would have cost a pound short of £12,000. In today’s money, that equates to £33,500, which is appropriate given the pre-auction estimate. The Capri 280 – or Brooklands, informally – was a last-of-the-line special: a final hurrah for the much-loved coupe. Ford struggled to shift the 280, but we doubt Silverstone Auctions will have any issues selling this ex-Mark Blundell example. 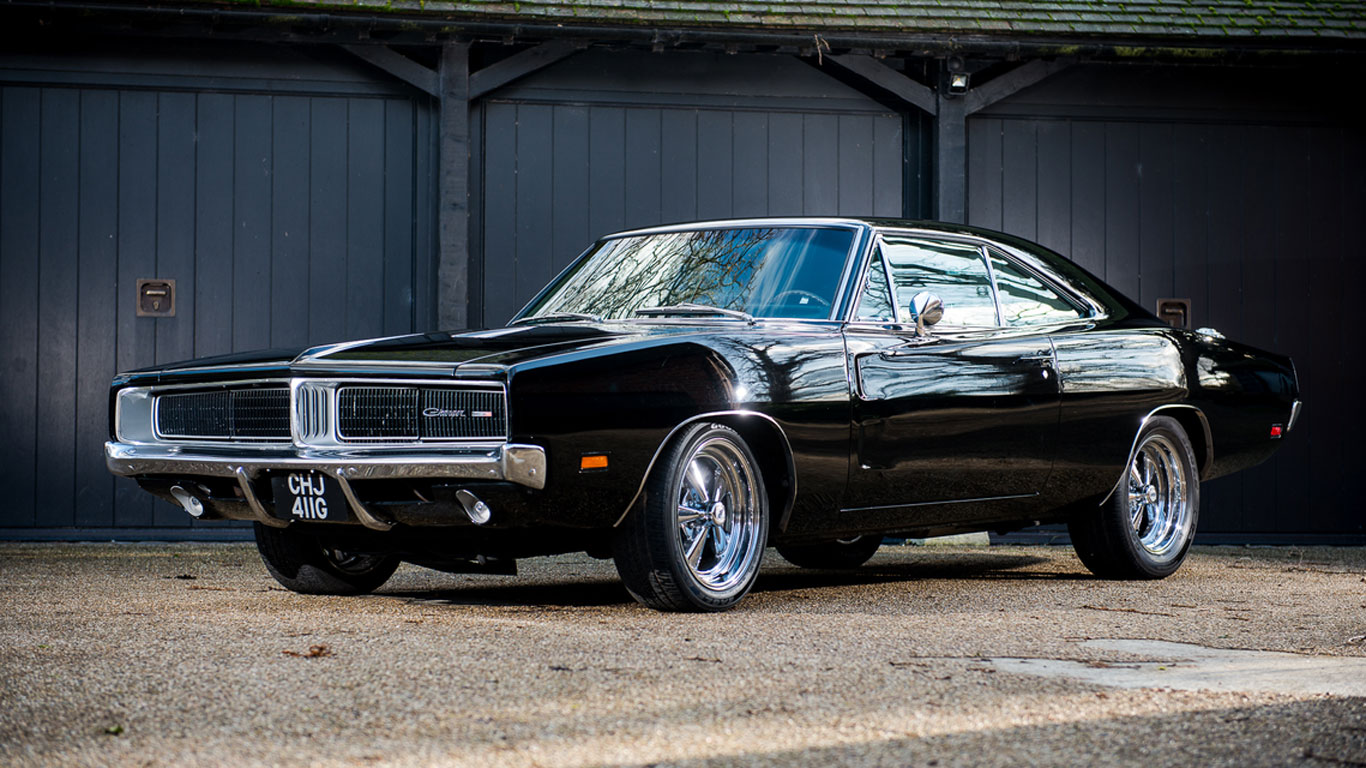 This 1969 Dodge Charger is dripping in provenance, having been purchased by Demi Moore for her then-husband Bruce Willis, before it was acquired and imported to the UK by Jay Kay. It’s almost identical to the Dodge Charger from the movie Bullitt, and Nick Whale of Silverstone Auctions said: “It is one of the best examples of a 1969 Dodge Charger ‘Bullitt’ spec model currently available to buy.” 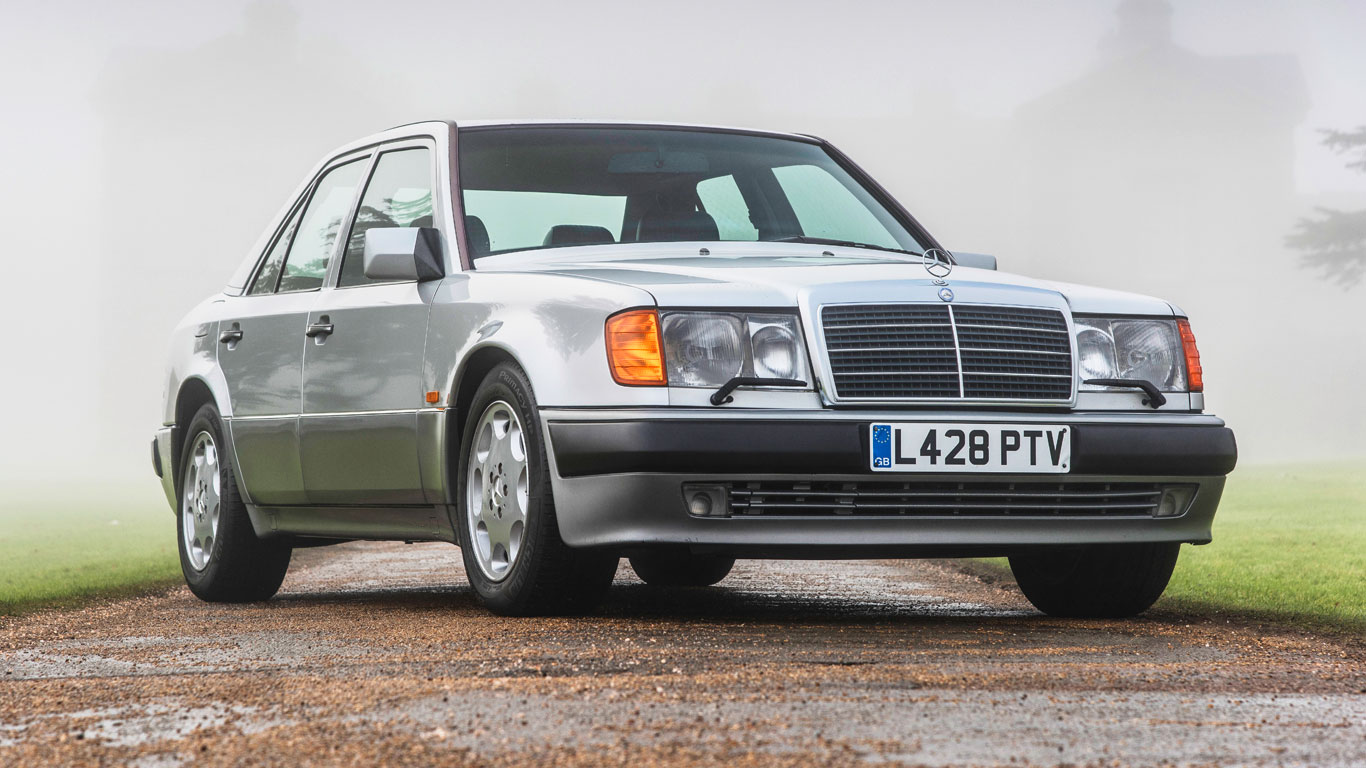 The left-hand drive only Mercedes-Benz 500E was unveiled at the 1990 Paris Motor Show. We’re not sure if Rowan Atkinson was in the French capital that day, but he must have liked the look of the 5.0-litre V8 wolf in sheep’s clothing, as he purchased a 500E new. Many years later – clearly regretting his decision to part with the Porsche-built saloon – he bought this example. It’ll be auctioned with no reserve. 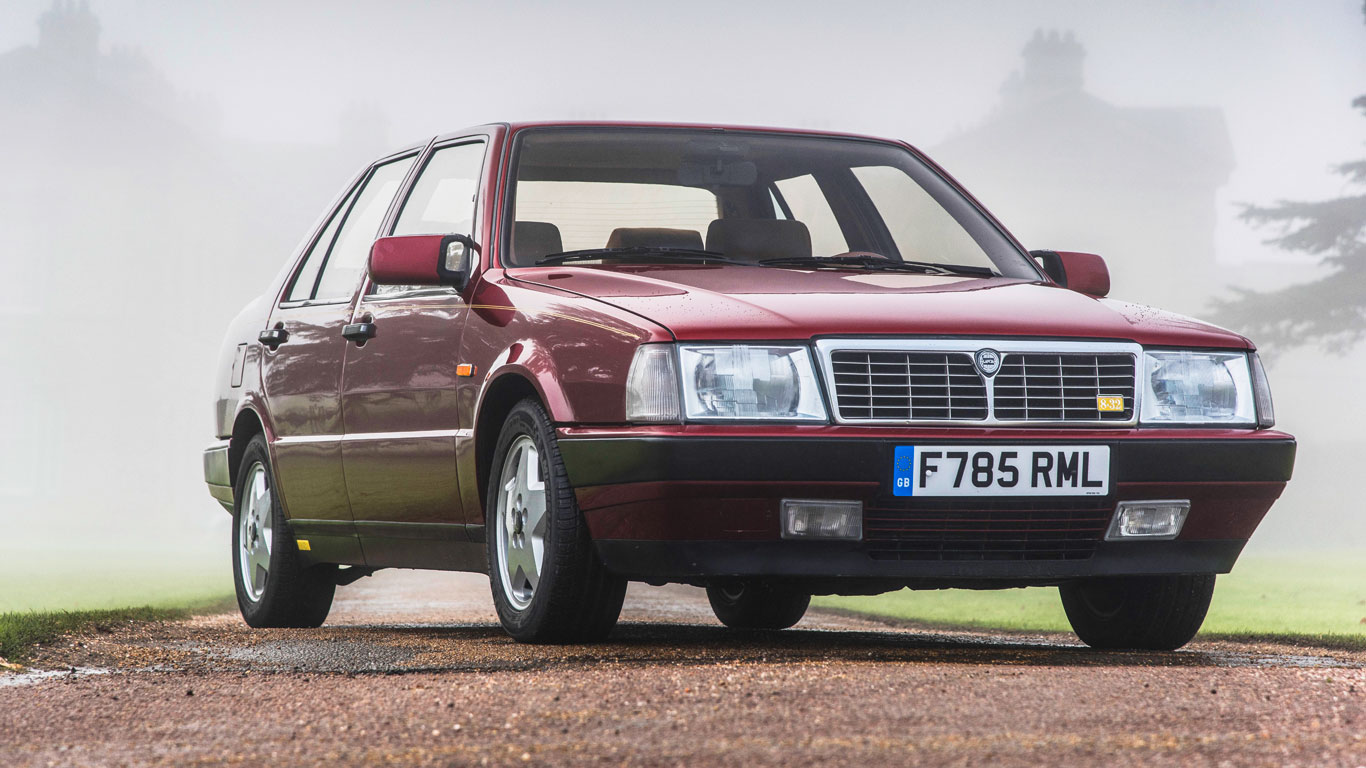 Rowan Atkinson is a man of fine taste with the means to create a highly-desirable dream garage. We’ve featured his delightful Lancia Thema 8.32 before, and it remains, for us at least, one of the most desirable lots in the Race Retro auction. Again, it’s being offered with no reserve. 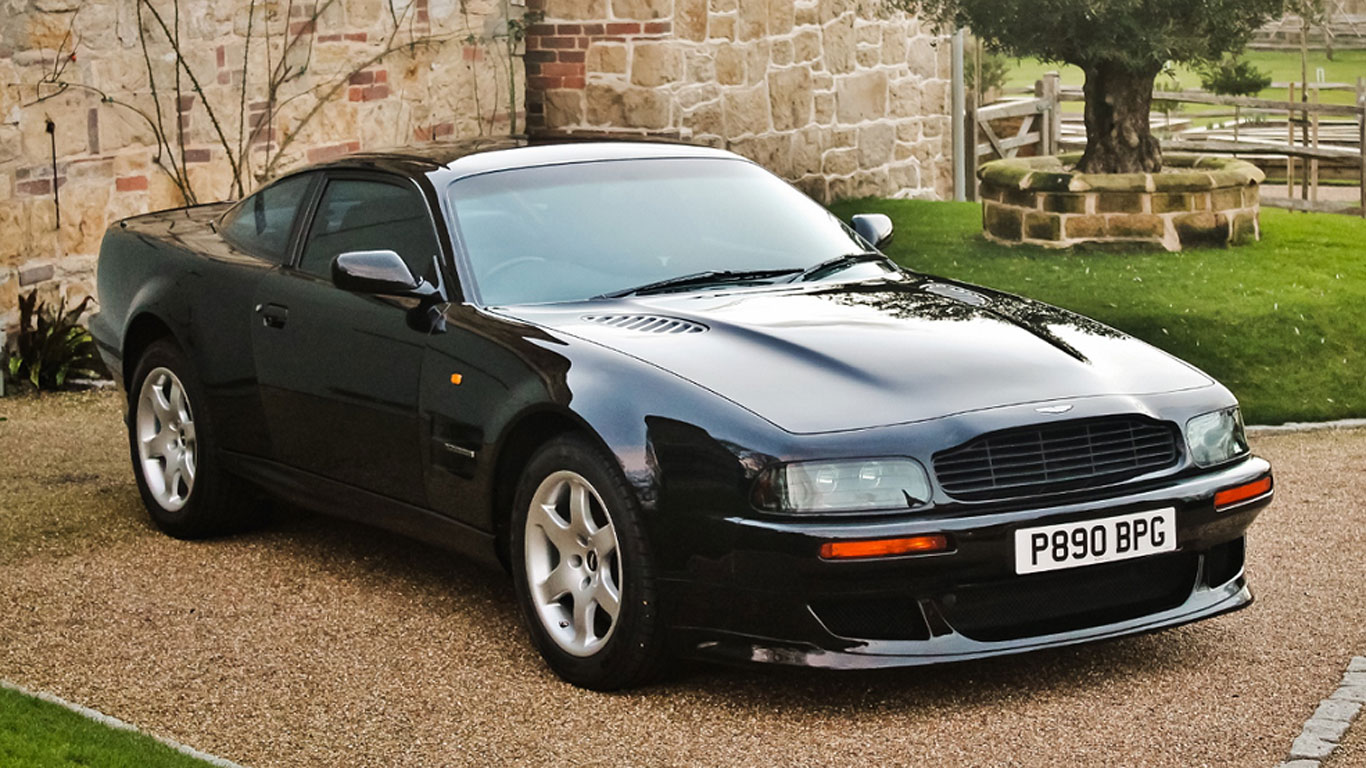 As one of the last Aston Martins to be hand-built at Newport Pagnell, the V550 has secured a place in British motoring history. But in the case of this 1997 example, extra provenance is provided by the fact that it was supplied new to Elton John. “Sir Elton is a global superstar and is still making headlines around the world, so it’s a pleasure to offer for sale this Aston Martin that he ordered new back in 1997,” said Silverstone Auctions’ classic car specialist, Adam Rutter. 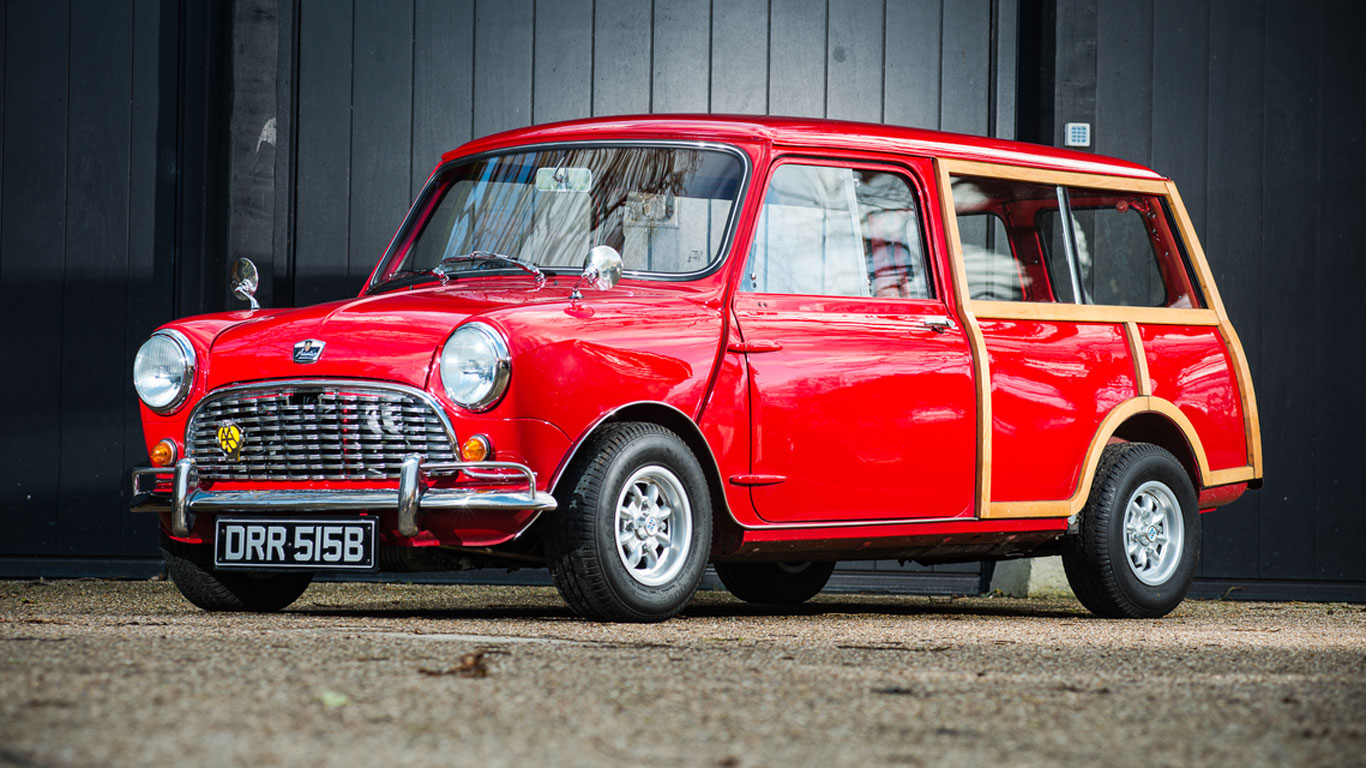 This gallery is overflowing with celebs, so much so that we’re considering a rebrand to Hello! Cars, and arranging a ‘through-the-keyhole’ look at Jay Kay’s crib. In the meantime, this Austin Mini Countryman is offered directly from the private collection of the Jamiroquai frontman and has been treated to a Cooper S homage rebuild. 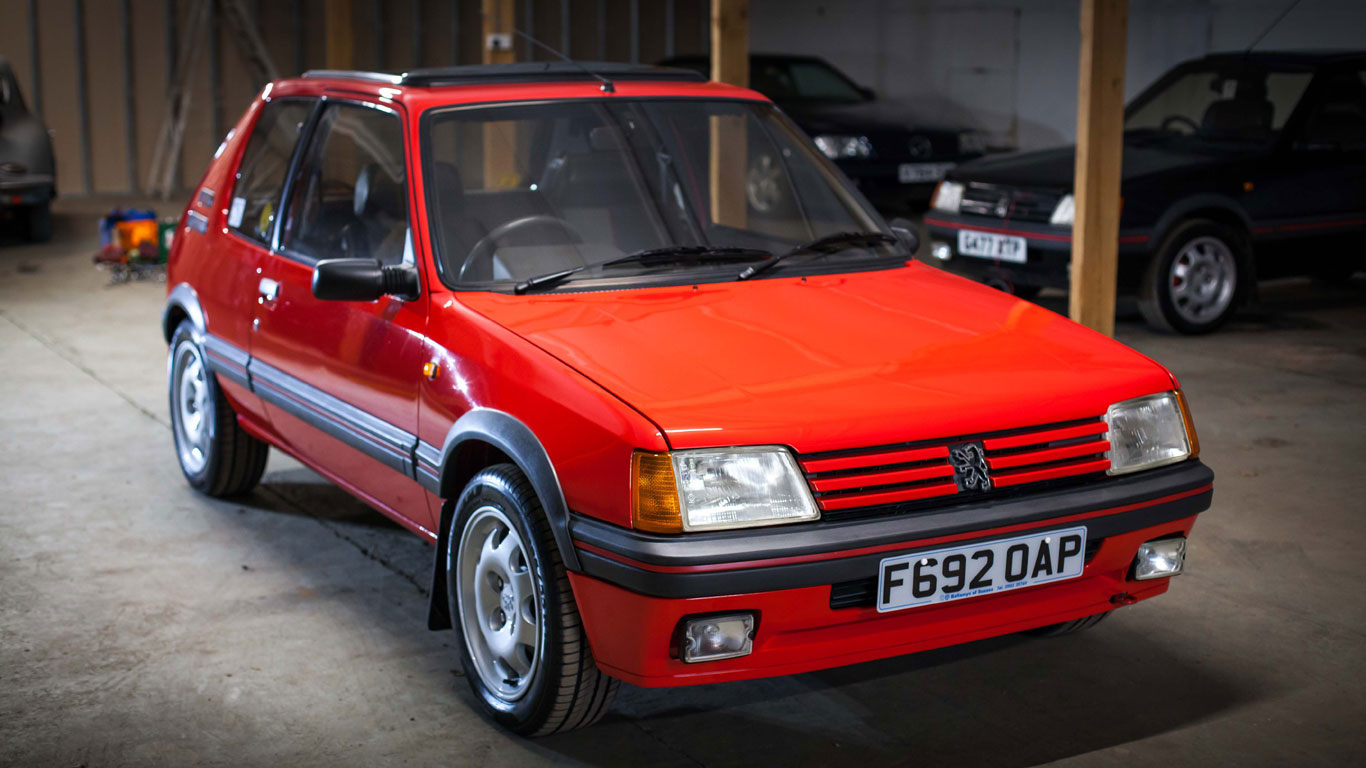 The Peugeot 205 GTI doesn’t require a celebrity connection to achieve a high price at auction. The market is such that we no longer bat an eyelid when a 205 GTI turns up at auction with a pre-auction estimate of £18,000 to £24,000. This 1988 example has just one former keeper and was placed in storage until 2015. 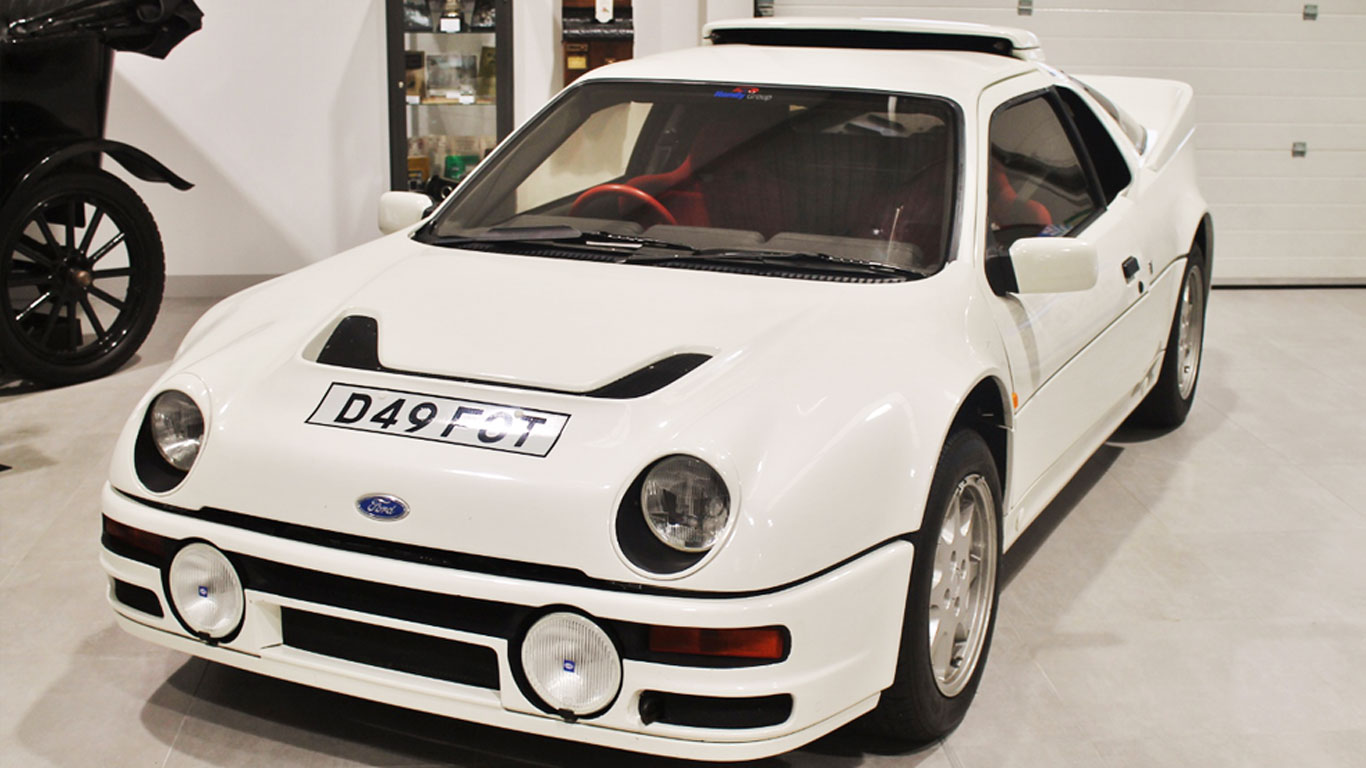 Look up ‘Ford’ in the big book of rallying’s maddest years and you’ll find the RS200. The mid-engined marvel featured a 1.8-litre Cosworth engine, a composite body penned by Ghia and built by Reliant, and numerous components from the Ford parts bin. Homologation rules meant that roadgoing versions had to be produced, each one with a price tag of approximately £50,000. This 8,876-mile example is expected to fetch anything up to £150,000. 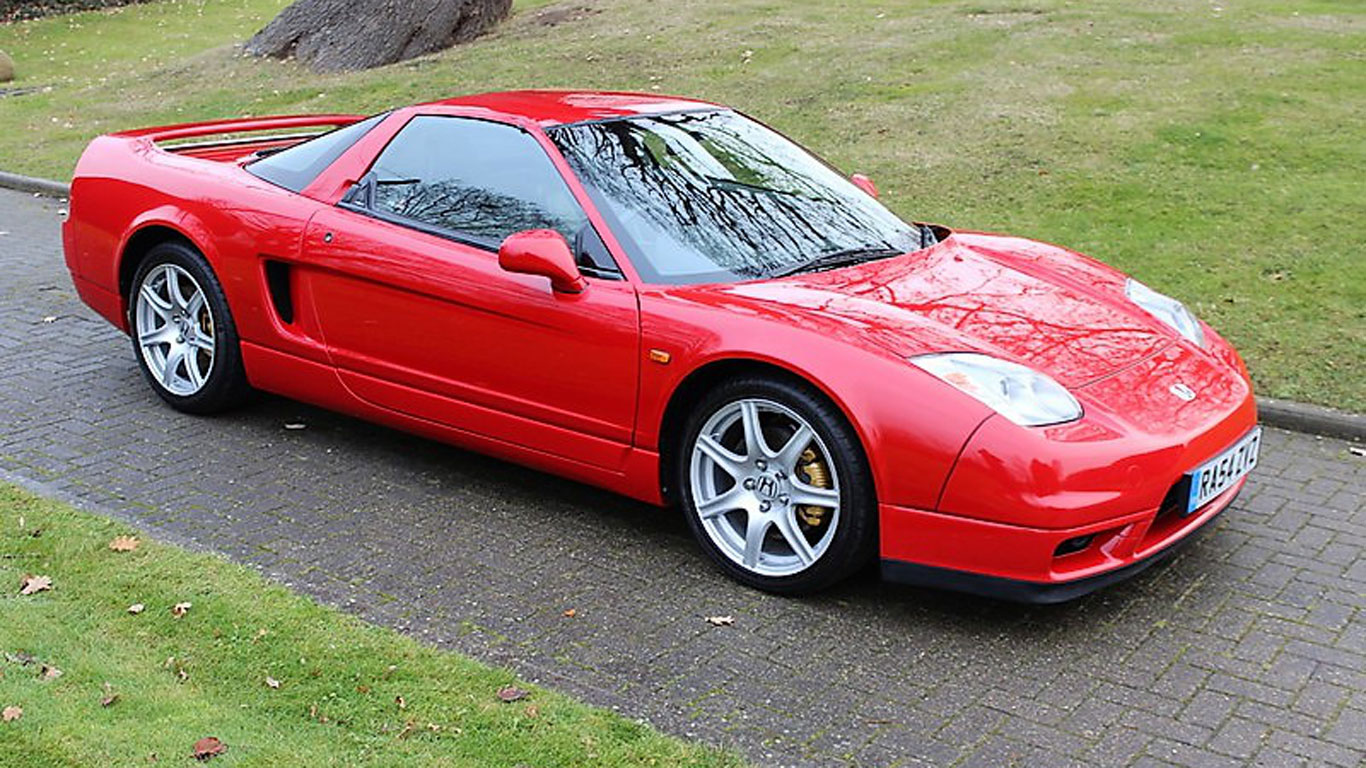 The NSX was Honda’s passport to the land of supercars, where it could rub shoulders with Ferrari, Porsche and Lotus. Car magazine called it a “breakthrough, a supercar that furrows new ground.” This is a facelift version – so you’ll have to live without the pop-up headlights – but with 16,928 miles on the clock and 12 Honda service stamps, we think you’ll manage OK. 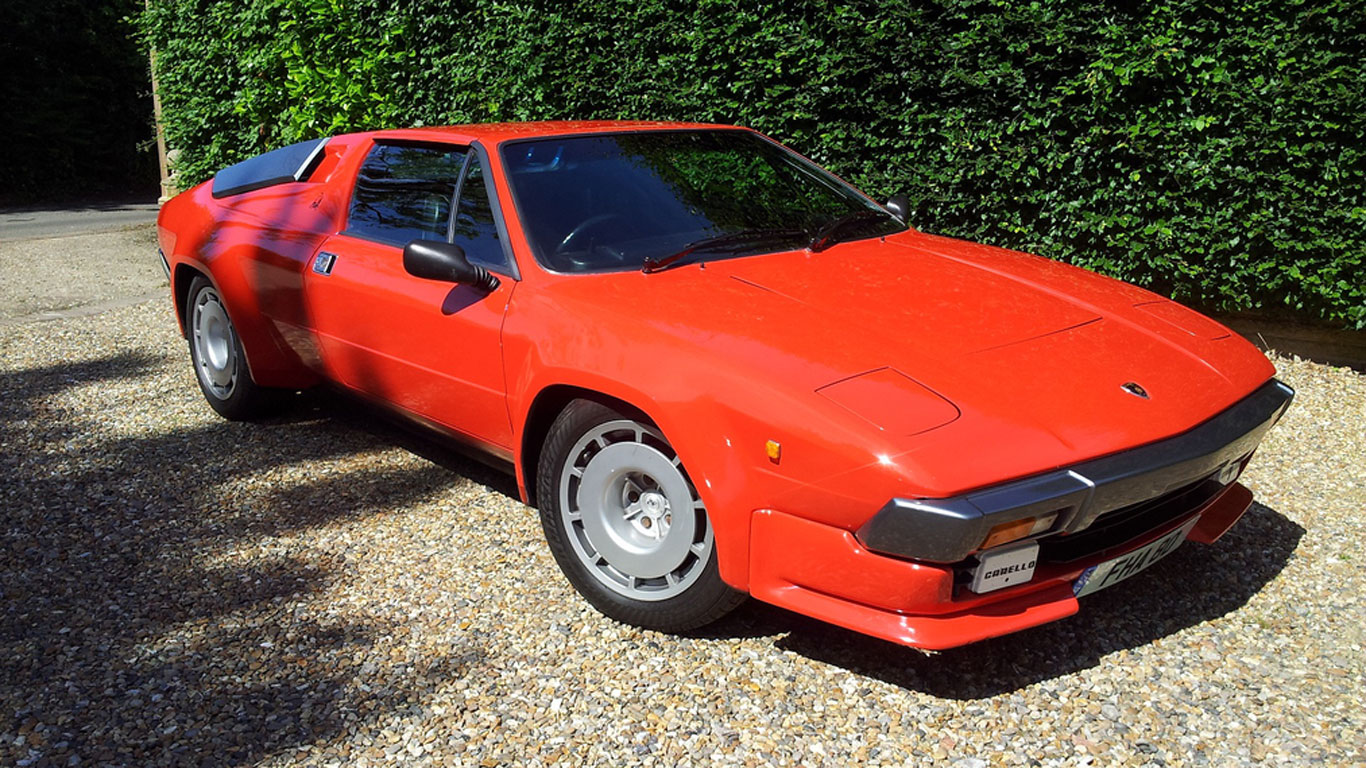 The Jalpa was Lamborghini’s ‘affordable’ alternative to the Countach: an 80s V8 supercar which evolved from the oh-so-70s Urraco and Silhouette. This is the one of the first two Jalpas to arrive in the UK, the other being a dealer demonstrator, making this the first UK right-hand drive customer car. In a world of circa £100k fast Fords, this appears to be a bargain. 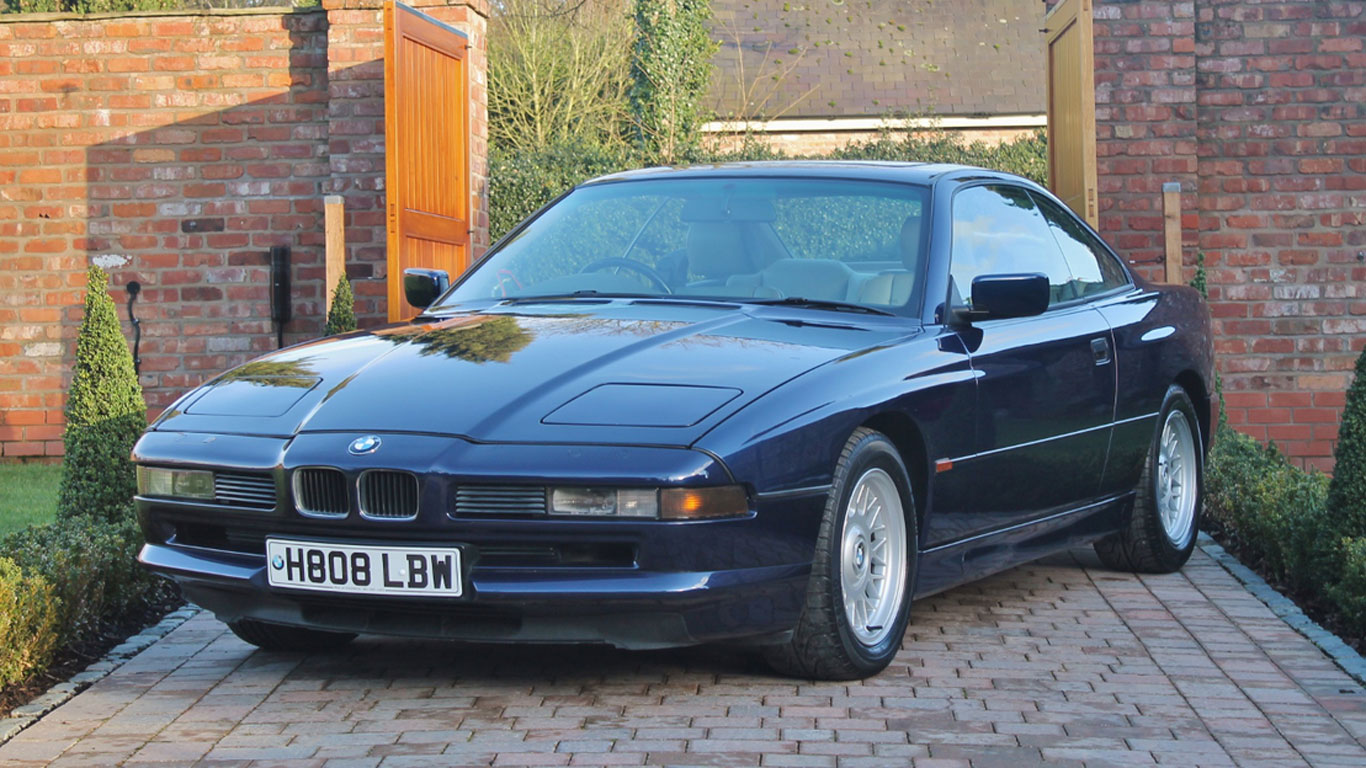 Nearly three decades on from its launch, we’d argue that the BMW 8 Series looks better than ever. The 850i was a grand tourer in the grandest of style: a real smooth operator with a V12 engine hardly breaking sweat beneath that long bonnet. A V12 BMW for the price of a Ford Focus Titanium X: where do we sign? 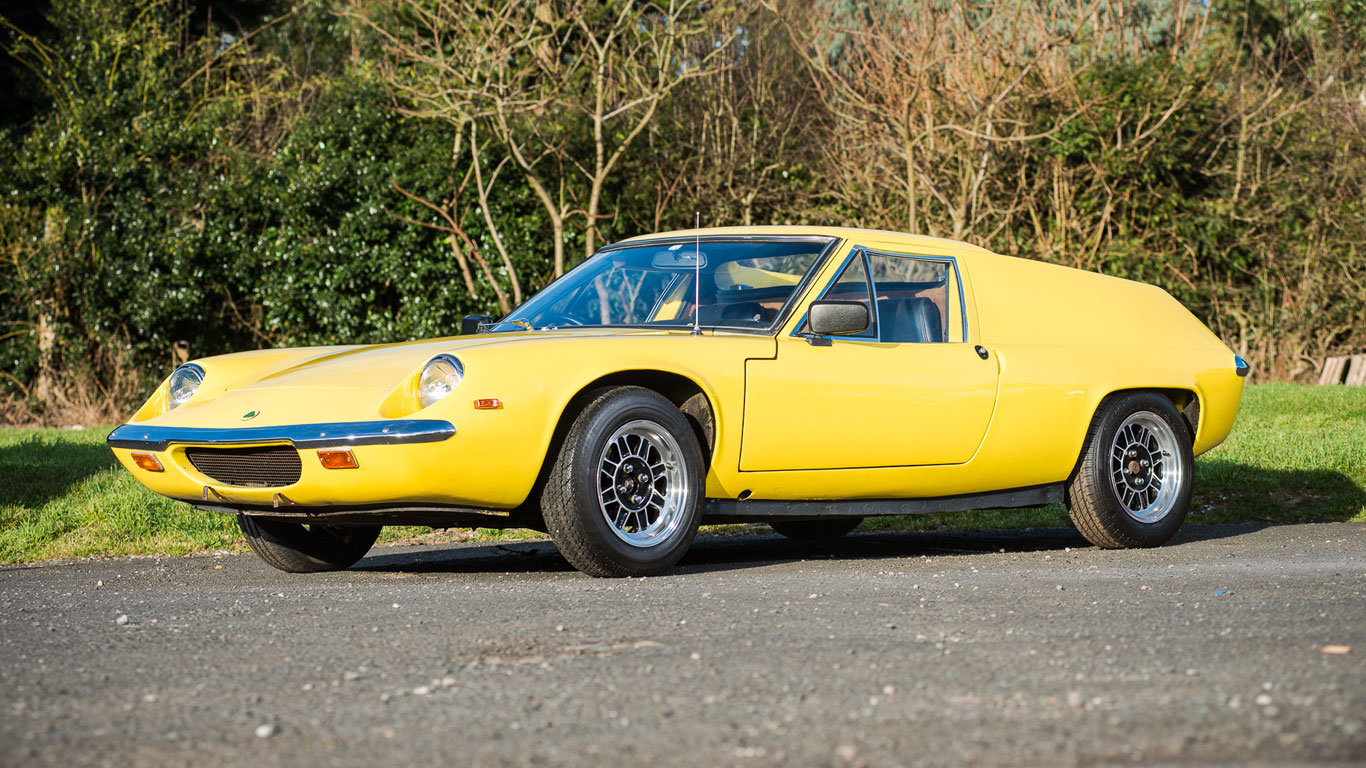 Launched in 1967, the Lotus Europa was one of the world’s first mid-engined road cars and, as the name suggests, was built for the export market. The S2 launched in 1969 and marked the Europa’s availability in its home market. Which makes this 1968 example incredibly rare. The engine and transmission were lifted from the Renault 16. 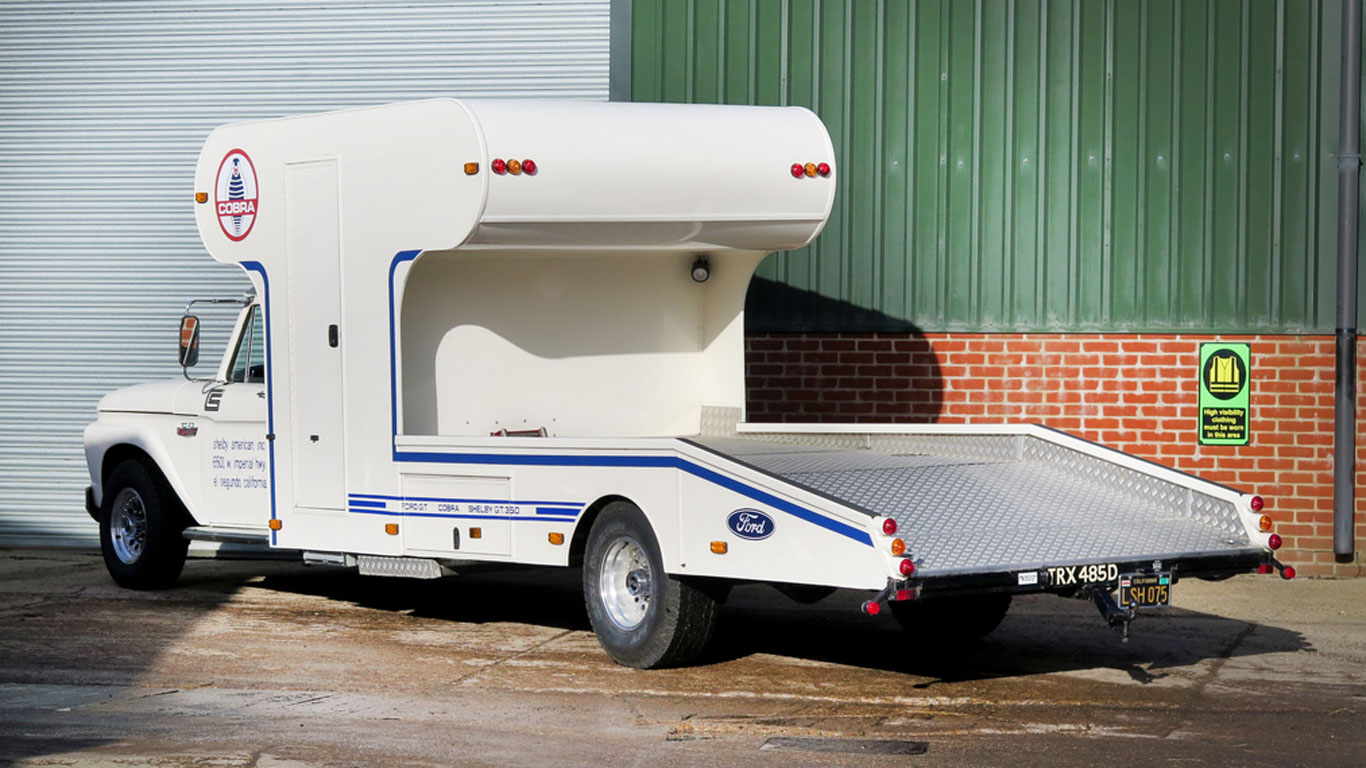 Last year, Ford shifted more than one million pick-ups in North America, making it by far away the best-selling vehicle in the world. You might think that standing out would be tough, but try blending in with this 1966 Ford F350. The ideal transport for the Goodwood Revival? 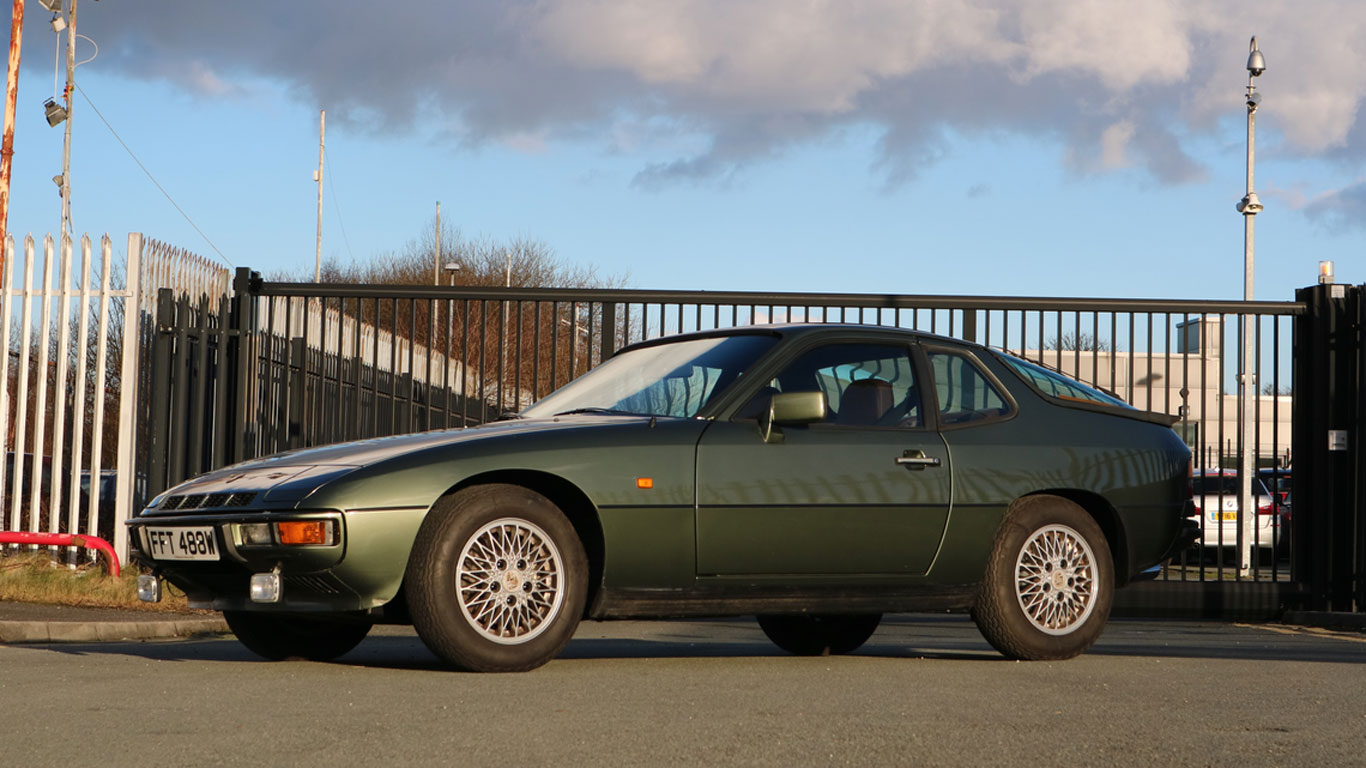 The 924 was Porsche’s first water-cooled and front-engined car and was destined to wear a Volkswagen badge. To purists, it wasn’t a real Porsche, and it didn’t help that it didn’t offer the performance or quality of Stuttgart’s finest. The 924 Turbo of 1981 answered many of the complaints, delivering supercar-levels of pace for a bargain price. Values have been on the up for a while, which is why this 1981 example is expected to fetch around £20,000. 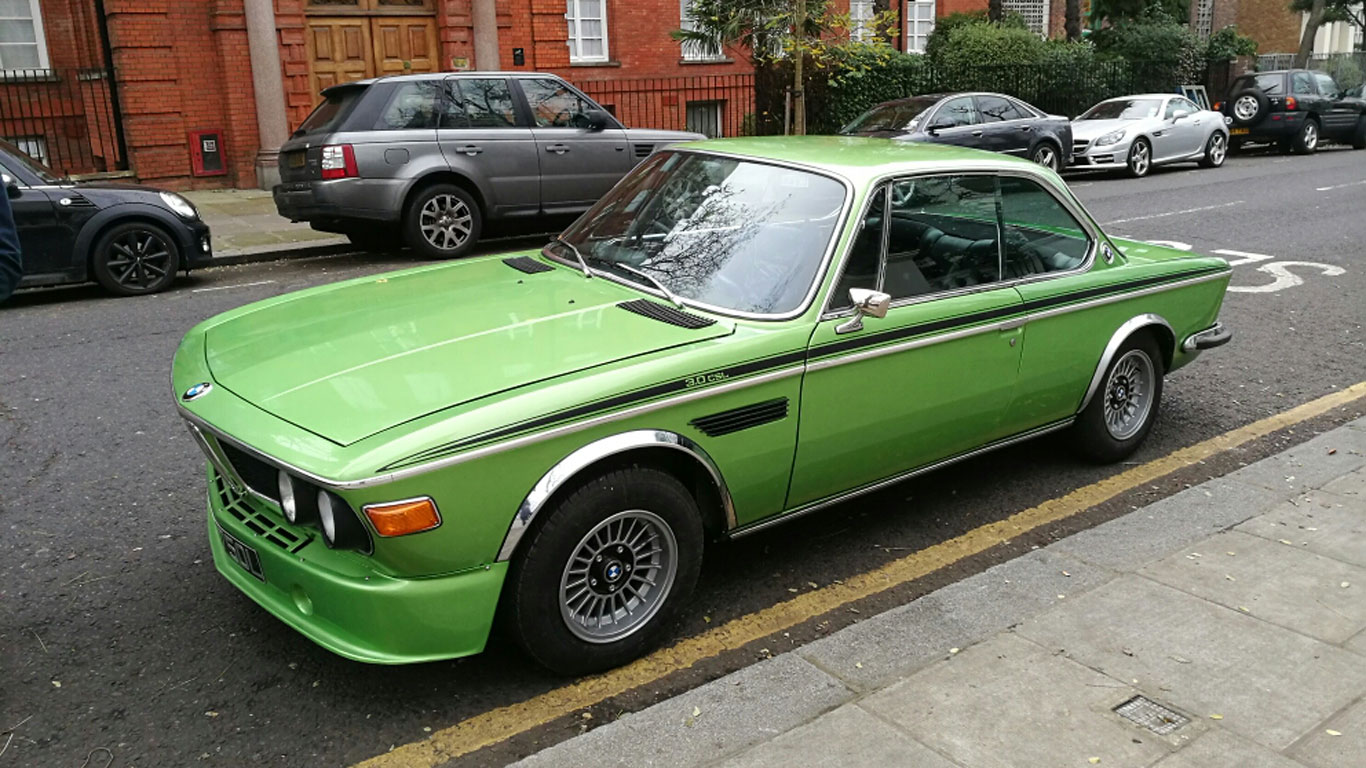 “Coming from caring private ownership and offered for sale at a competitive guide price, considering recent results for similar cars, this is a rare opportunity to acquire a true homologation special that is now highly sought-after amongst collectors around the world,” says Silverstone Auctions. Worth it for the Taiga Green paintwork, we say. 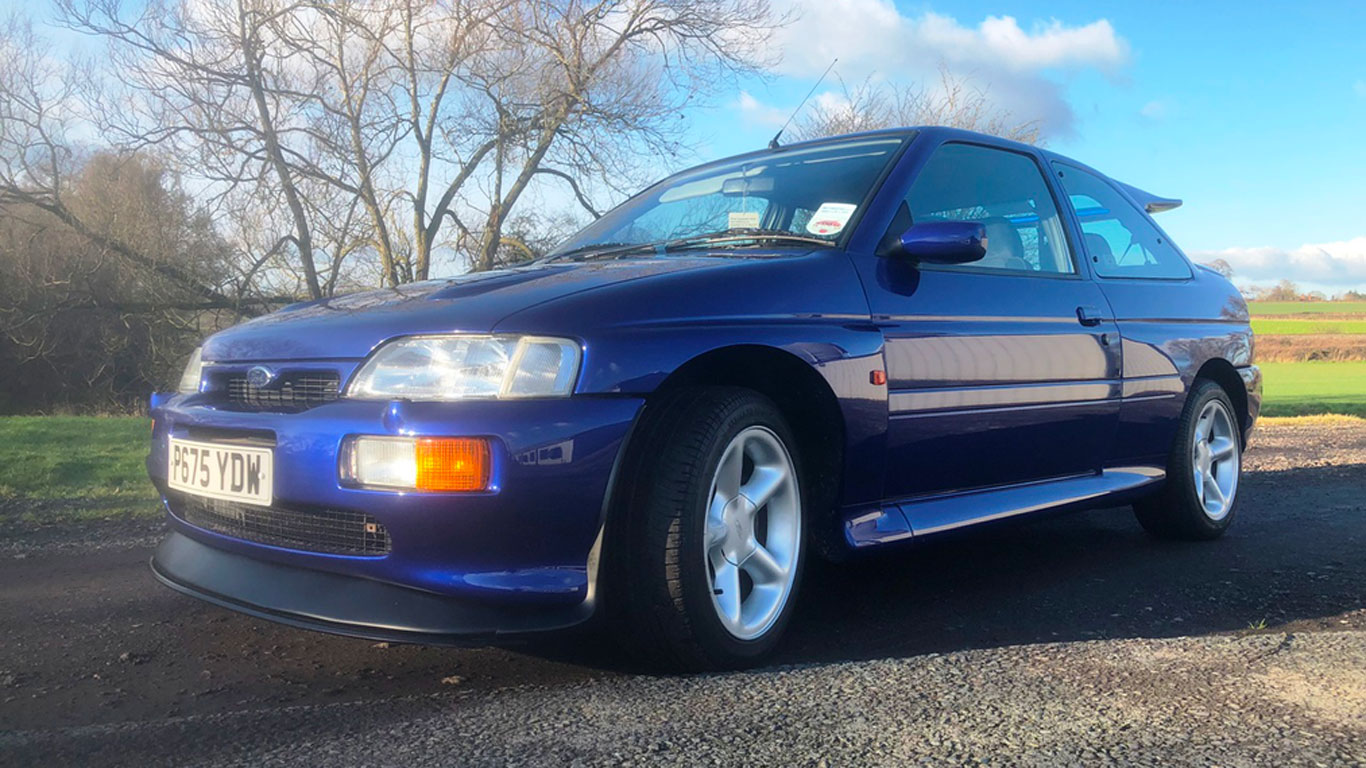 Ford has unveiled a limited-run Focus RS to mark the end of production, and it speaks volumes about the market for fast Fords that a 20-year-old Escort RS Cosworth is expected to fetch more than the £39,895 Ford is asking for the Heritage Edition. With 29,000 miles on the clock, it could sell for much more. 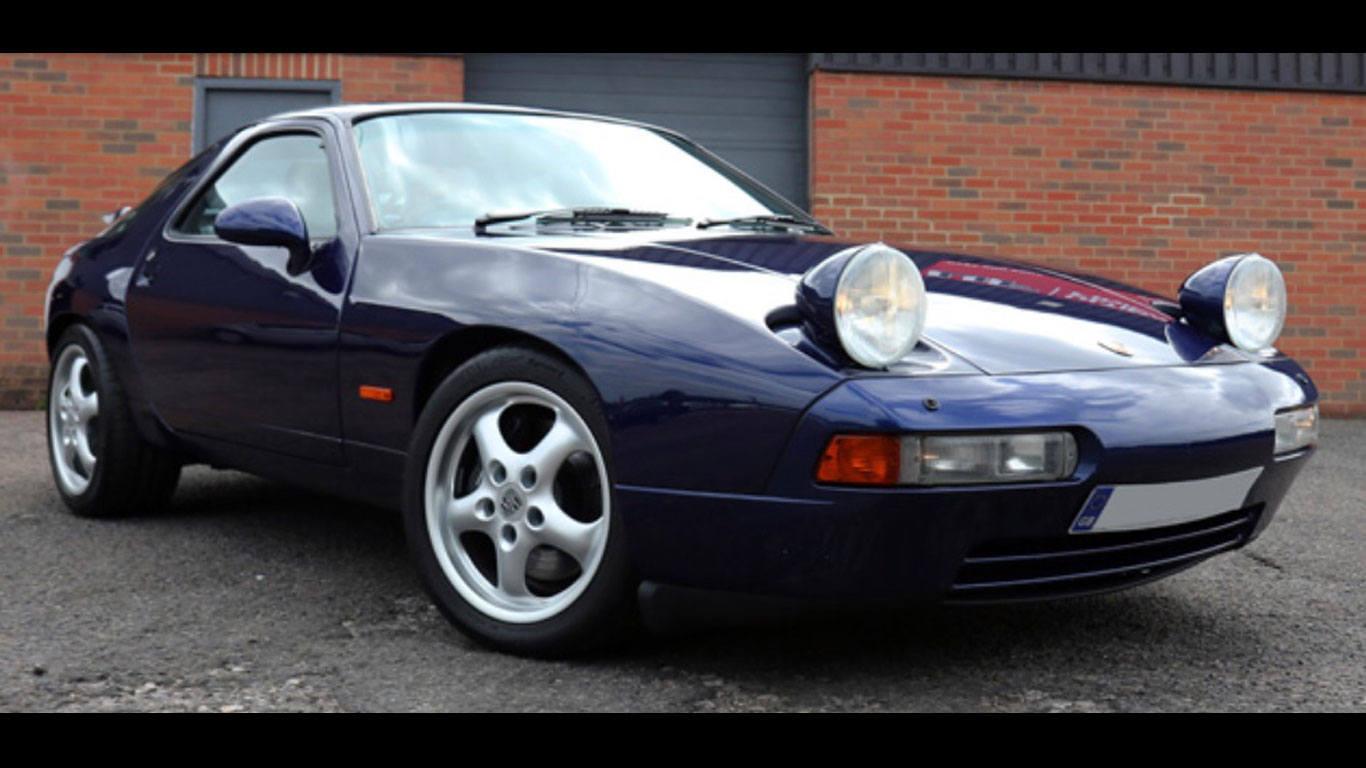 If at first you don’t succeed, keep trying until you create something people will actually buy. That’s how Porsche approached the 928, which failed to replace the 911 and subsequently failed to attract enough buyers. In fairness, the 5.4-litre GTS was as close to perfection as the 928 ever got: which makes this 1995 example rather tempting. 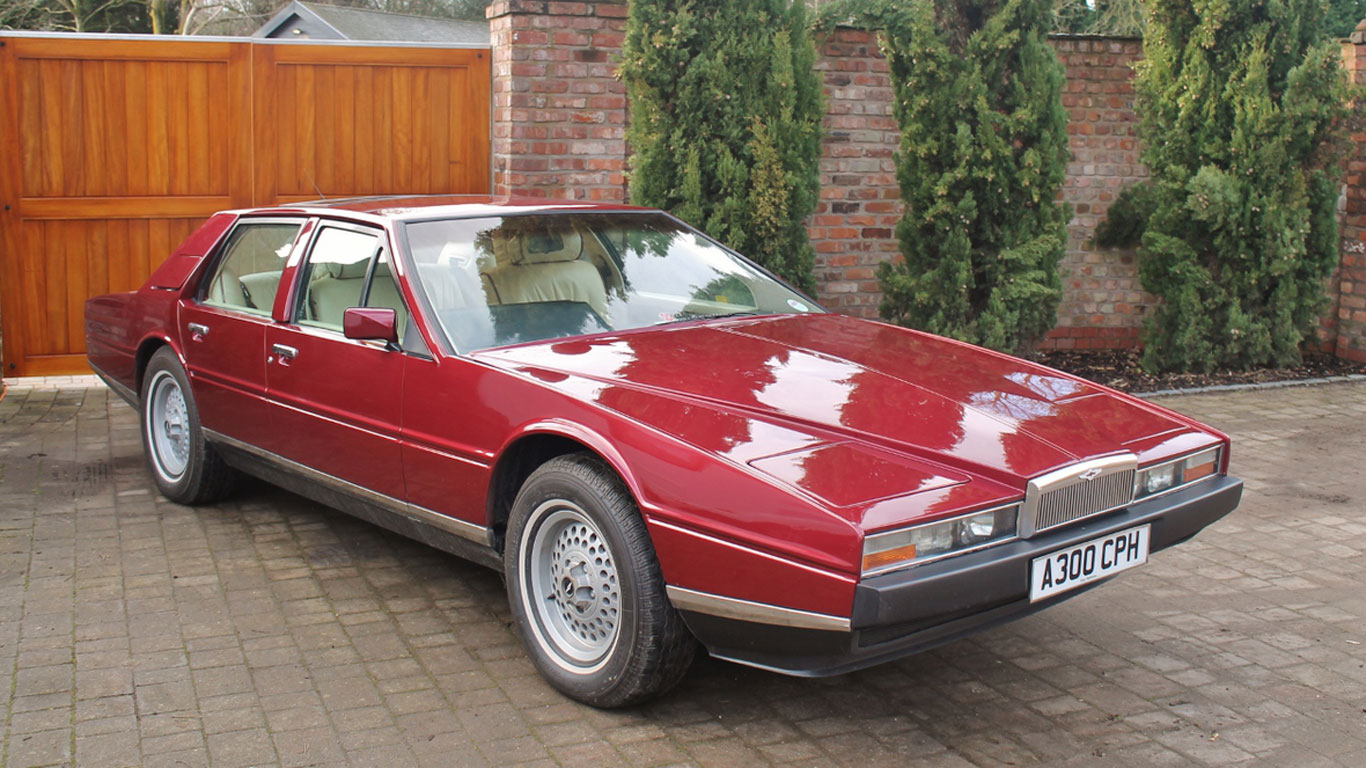 In 1980, an Aston Martin Lagonda would have cost just shy of £50,000 before options. In today’s money, that’s as near as makes no difference around £250,000. Hardly surprising, given the cost of the space-age electronics, which required rocket scientist-levels of intellect if anything went wrong. Today, this wedge-shaped slice of motoring nirvana could be yours for as little as £40,000. 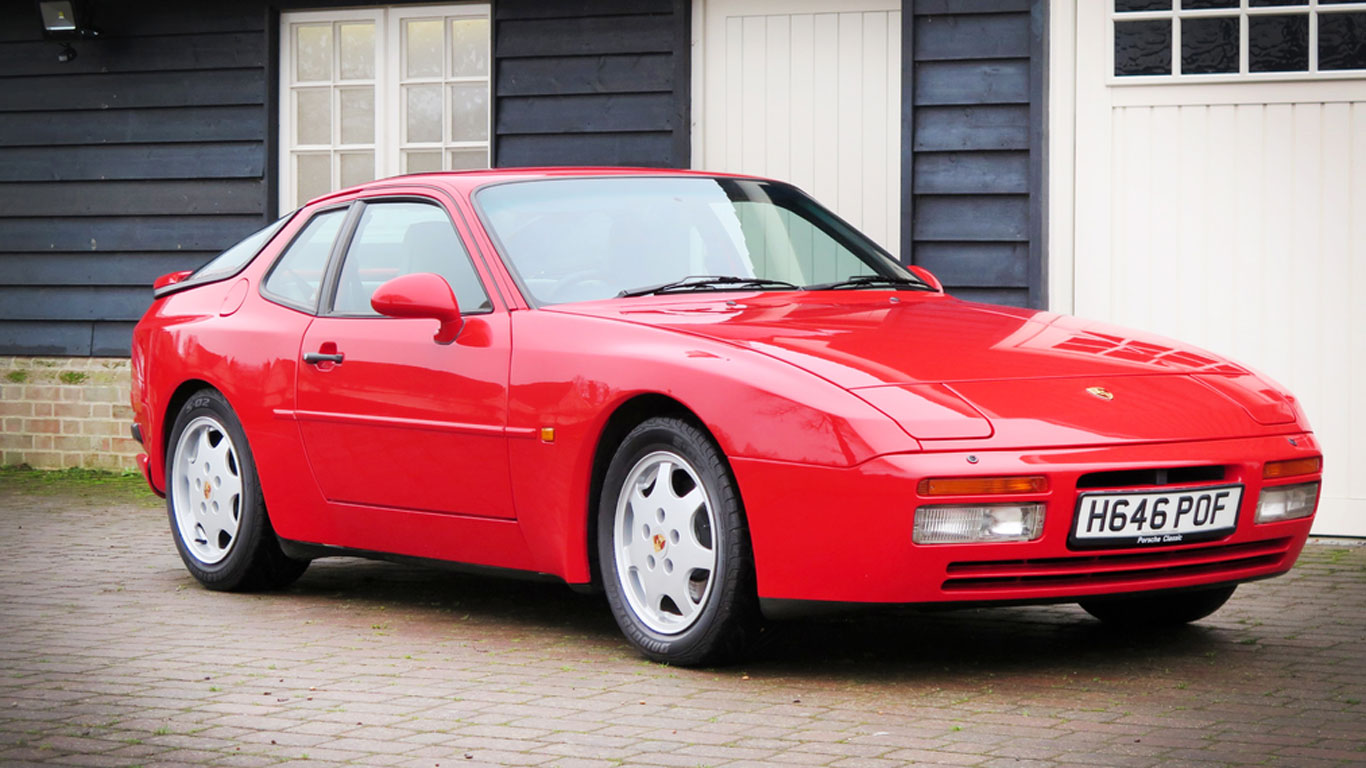 This 1991 944 Turbo was restored by Porsche Centre Sutton Coldfield for entry in the 2014 Porsche Classic Restoration Competition. The team spent £12,500 on replacement parts, with the vendor spending a further £7,000 on improvements. 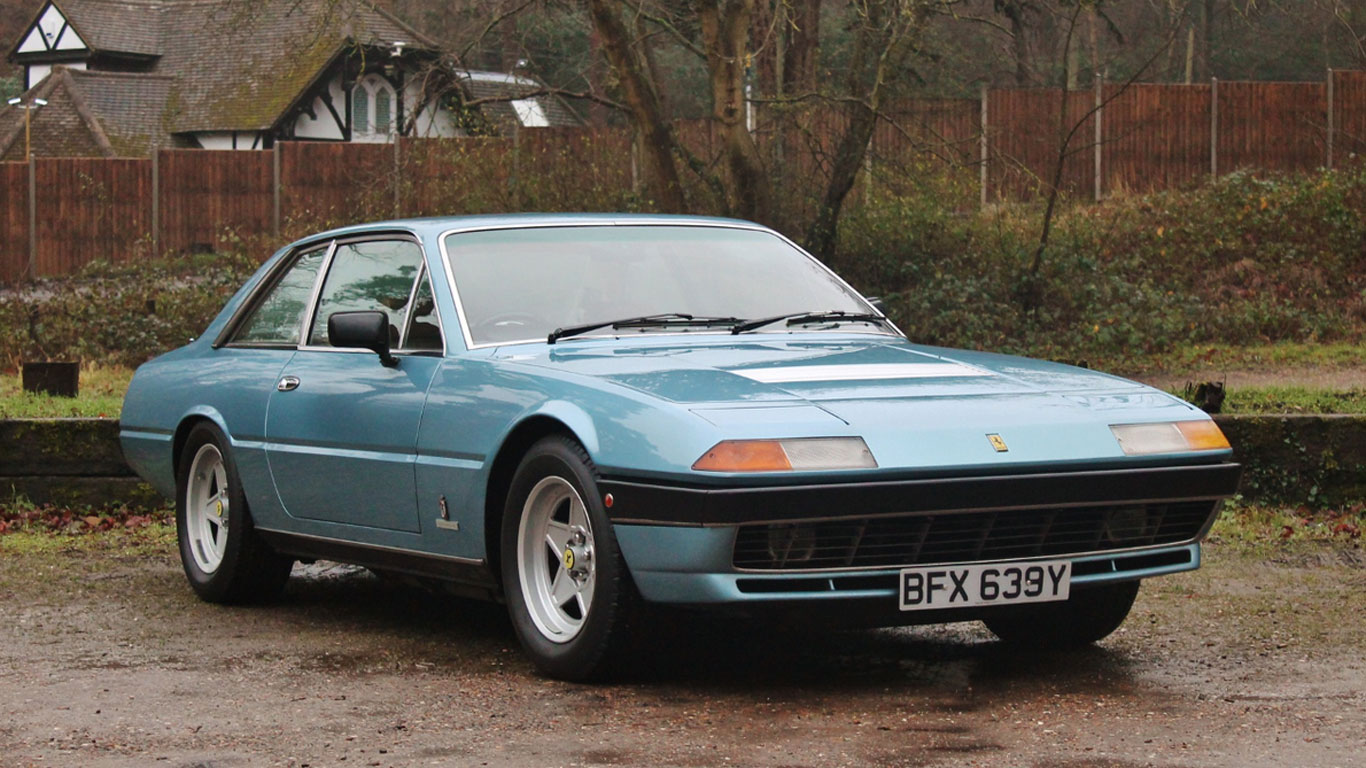 In 1979, Ferrari launched the 400 GTi, adding a Bosch K-Jetronic fuel injection system to the 4.8-litre V12 to satisfy US emission standards. According to Silverstone Auctions, this is one of 25 UK, right-hand drive models and was originally sold to a lady in Poole, Dorset. 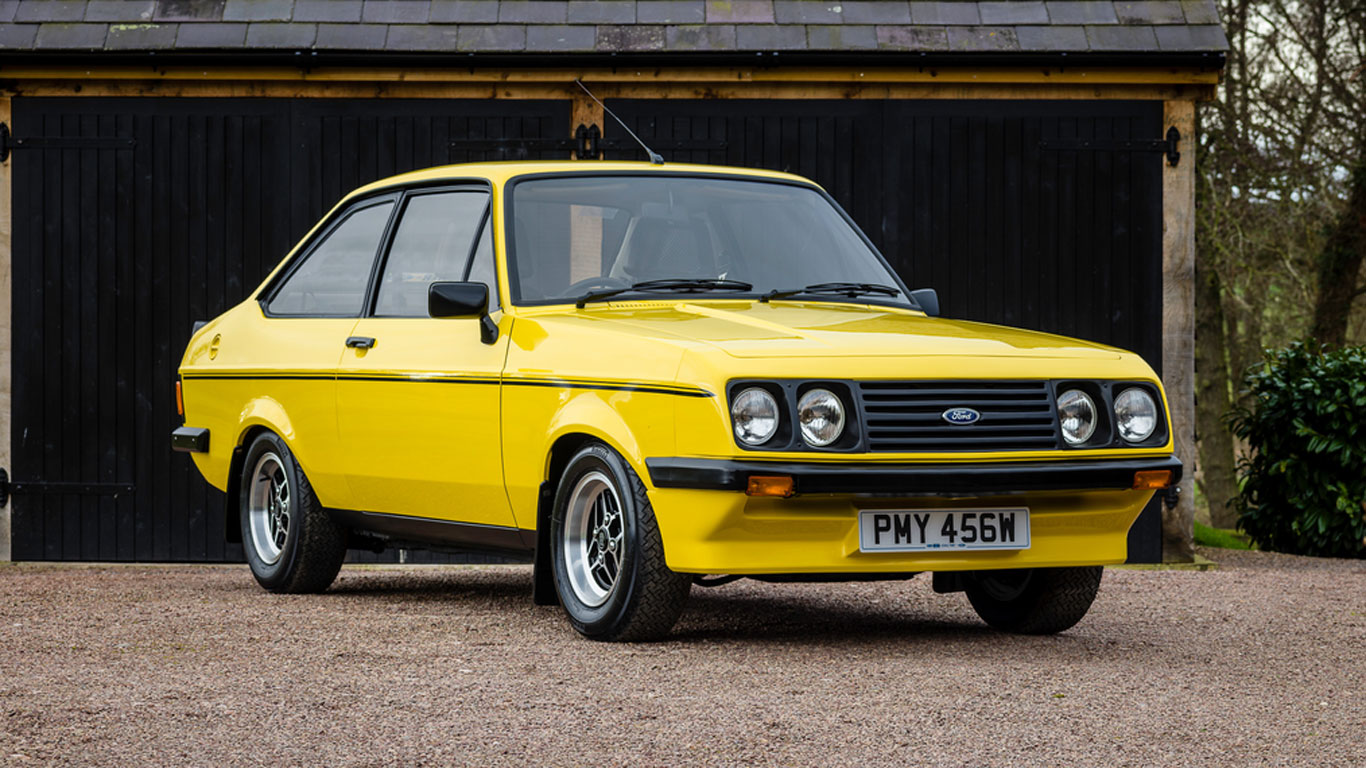 With its polyurethane nose, the RS2000 is arguably the most iconic of all the performance Mk2 Ford Escorts, but this car is about so much more than a fancy nose job. Powered by a 2.0-litre Pinto engine, the RS2000 could boast a 108mph top speed and a 0-62mph time of just 8.5 seconds. This 1980 car was first registered in Northern Ireland and has 40,000 miles on the clock. 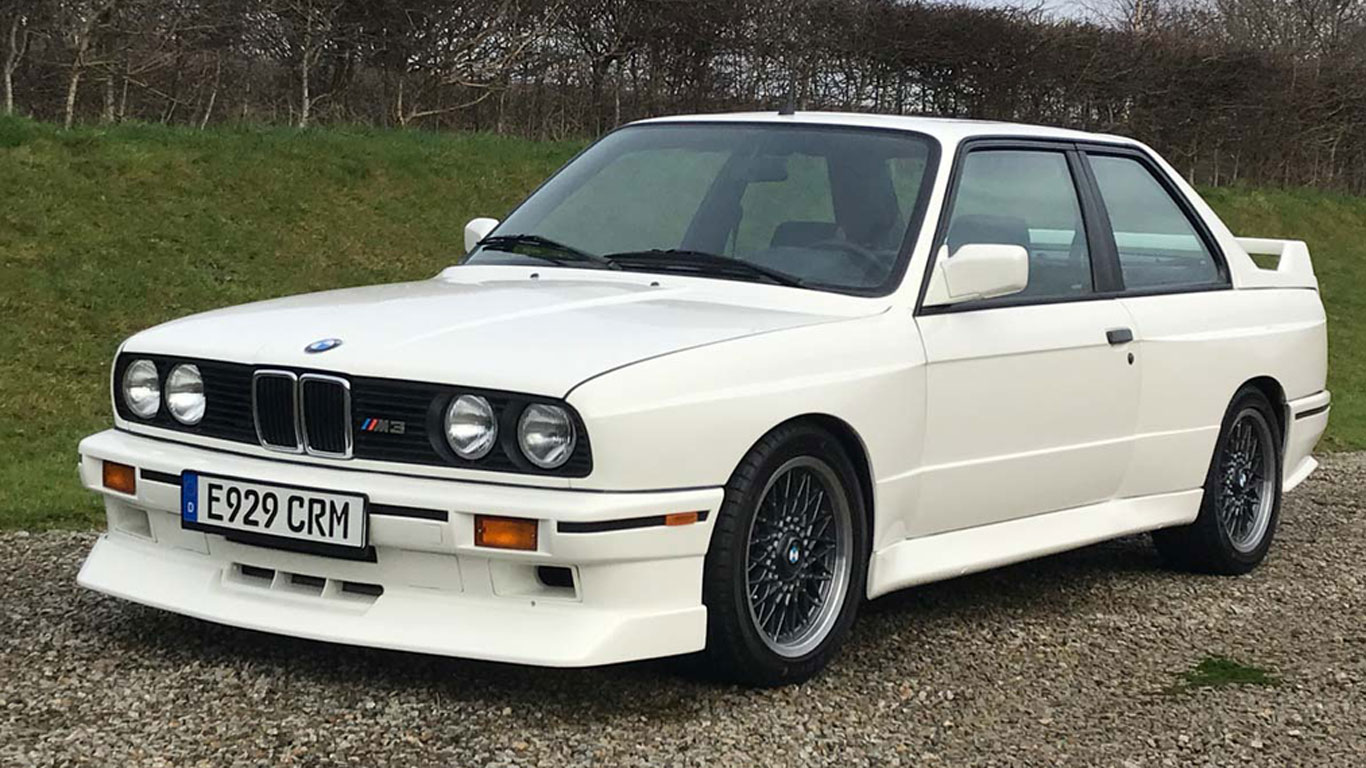 This E30 BMW M3 was initially registered in 1987 to the factory in Munich and was enjoyed by two private owners in Germany before being exported to the UK and re-registered in July 1997. It benefits from an Evolution 2 upgrade, including an increase in power and a host of cosmetic enhancements. 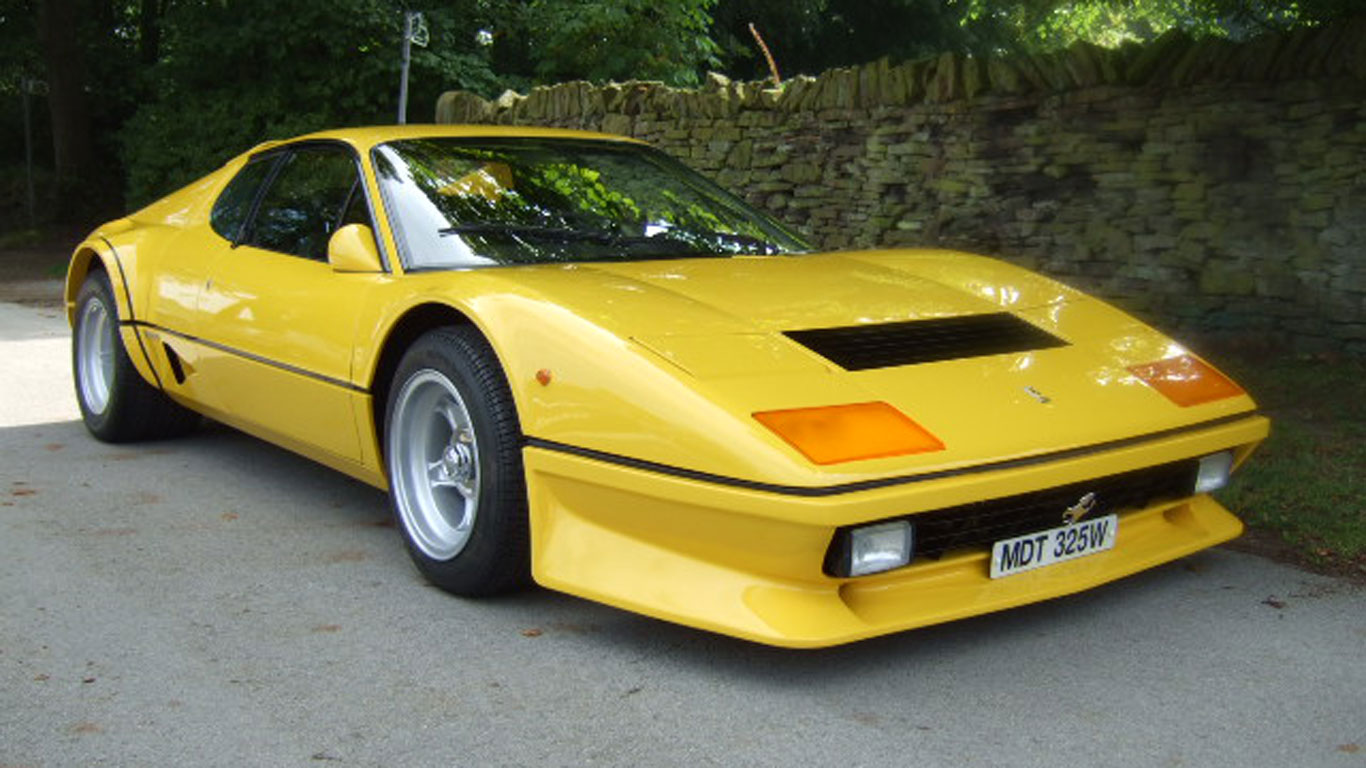 As a 1981 car, this is one of the final 512BBs before the introduction of fuel injection created the 512 BBi. As a result, it offers 360hp and not the 340hp delivered by the BBi. In 1991, it was subject to a complete rebuild, at which point it was repainted in Giallo Fly. It is described as being in “Concours condition” by the vendor. 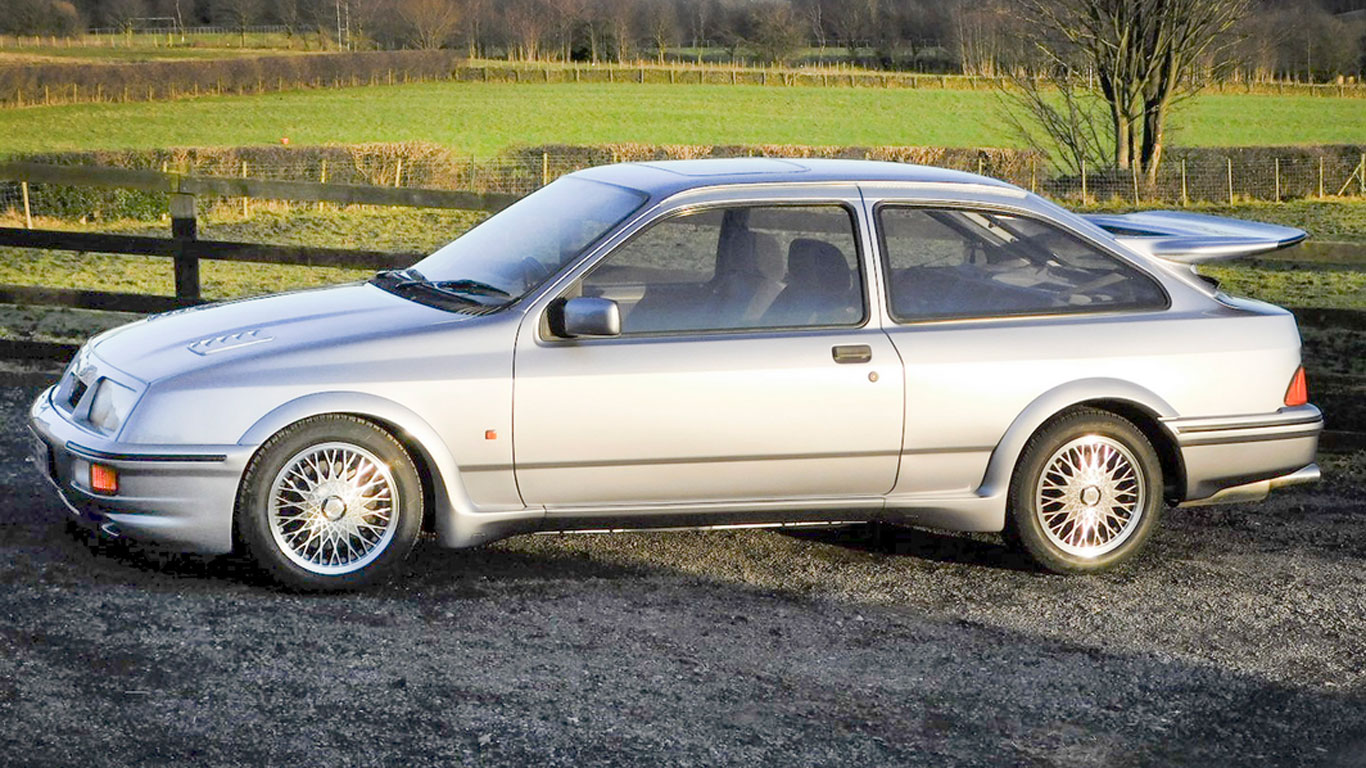 We conclude our auction preview with this 1986 Ford Sierra RS Cosworth, which is expected to fetch around £35,000. Remember, the Race Retro Classic Car Sale will take place at the Race Retro International Historic Motorsport Show 2018 on Saturday 24 February.

Alfa's three-box saloon was a head-turner when it came out in 1997 and sales were fairly buoyant. Where did it all go wrong?
Read more
Great Motoring Disasters

This is a car whose career was cut short by talk. Talk that not only sabotaged one of the best cars that...
Read more
Features