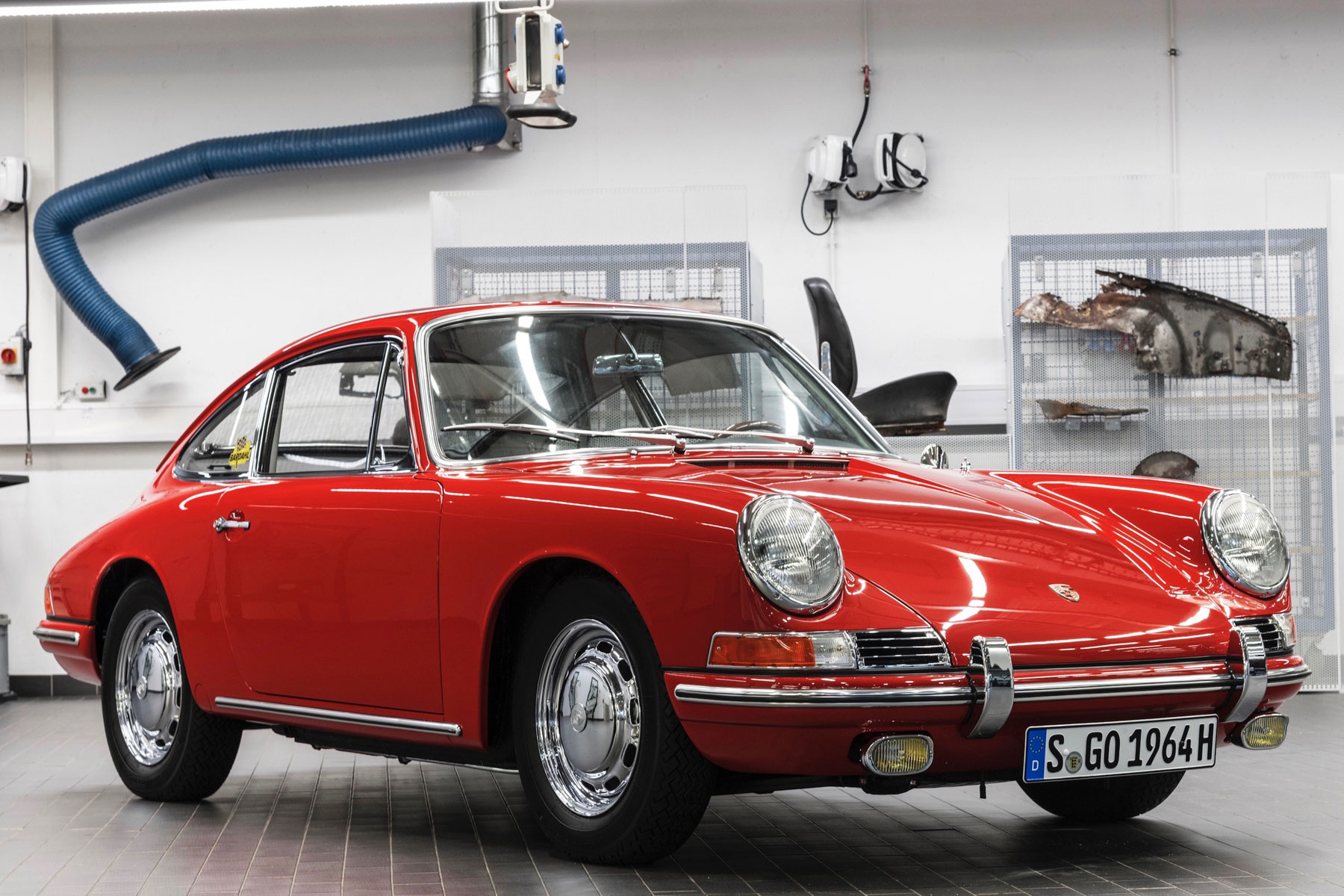 We’ve all been there. That familiar feeling of emptiness, when you stare at the 80 or so vehicles in your collection, knowing that something is missing. For Alexander Klein, manager of the Classic Car Collection at the Porsche Museum, this would have been a daily occurrence.

You see, the museum lacked one vital piece of Porsche 911 ancestry: the 901. But everything changed in August 2014, when Klein received the kind of telephone call you can only dream of. Two 911s had been found in a barn in Brandenburg, Germany, and would he like first refusal?

The person on the other end of the phone happened to mention that one of the ‘barn-finds’ wore chassis number 300 057: one of the first 911s ever produced, as a 1964 Porsche 901. A golden opportunity to complete the Museum’s 911 jigsaw.

Ferry Porsche’s brief was simple: build a car with a more powerful engine sound and refined road behaviour than the Porsche 356. Ferdinand Porsche certainly delivered, creating one of the most iconic vehicles of all-time.

A show car was unveiled as the 901 at the 1963 Frankfurt Motor Show before a production-ready version was produced a few weeks later. But things didn’t go entirely according to plan.

Peugeot lodged a complaint, arguing that it owned the rights to the three-digit type designation with a zero in the middle, forcing Porsche into a rethink. But rather than raise the alarm, Porsche simply changed the name to 911.

One benefit of this pragmatic solution was that it prevented extensive changes being made to print layouts that had been prepared for sales and marketing copy, operating instructions and official documents.

Ferry gave the order for the name to be changed on 22 October 1964, but number 300 057 was already in production as the third and last vehicle built on this day. It left the Stuttgart-Zuffenhausen factory as a ‘Typ 901’ vehicle but was marketed as a 911. 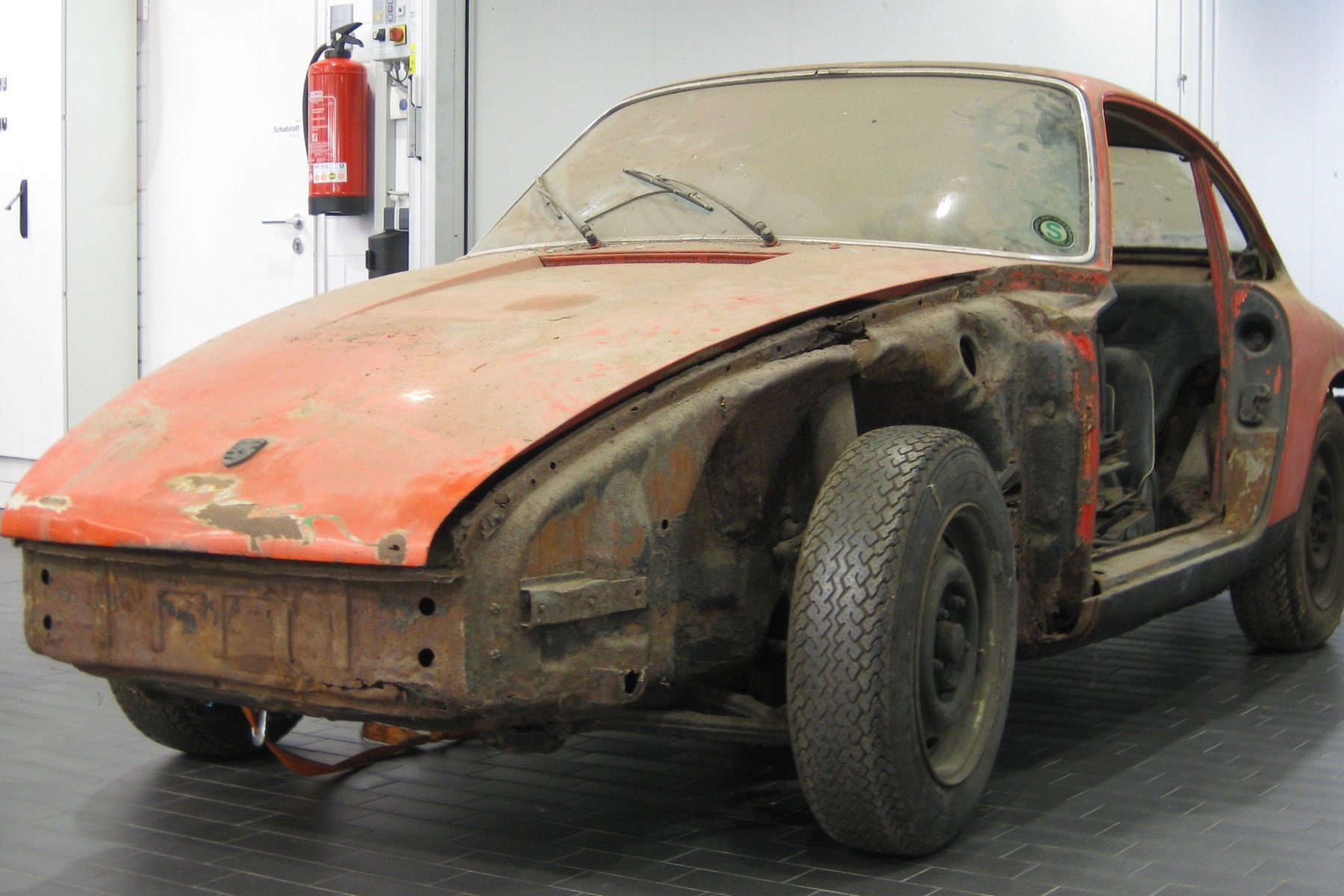 The barn-find vehicles were in a severe state of disrepair, having languished at the back of a former farm for many years. The 901 was covered by a thick layer of dust, with large sections of the vehicle eaten away by rust. Worse still, the interior consisted of mere fragments, and, perhaps unsurprisingly, the engine was seized.

Crucially, the chassis number was pristine and proved beyond all doubt that the Porsche was an original 901 from 1964. The other vehicle – a 1968 Porsche 911L – was in a similar state of disrepair.

Following an inspection in Zuffenhausen, two independent valuation reports set the prices at a staggering €107,000 for the 901 and €14,500 for the 911L, making a tidy sum for the seller. Further proof that there’s cash to be made from genuine barn-finds.

The 911L will remain in its as-found-in-Brandenburg condition, acting as a tribute to barn-finds across the world, or, as Porsche labels it, like a slice of “unwashed, living history.” 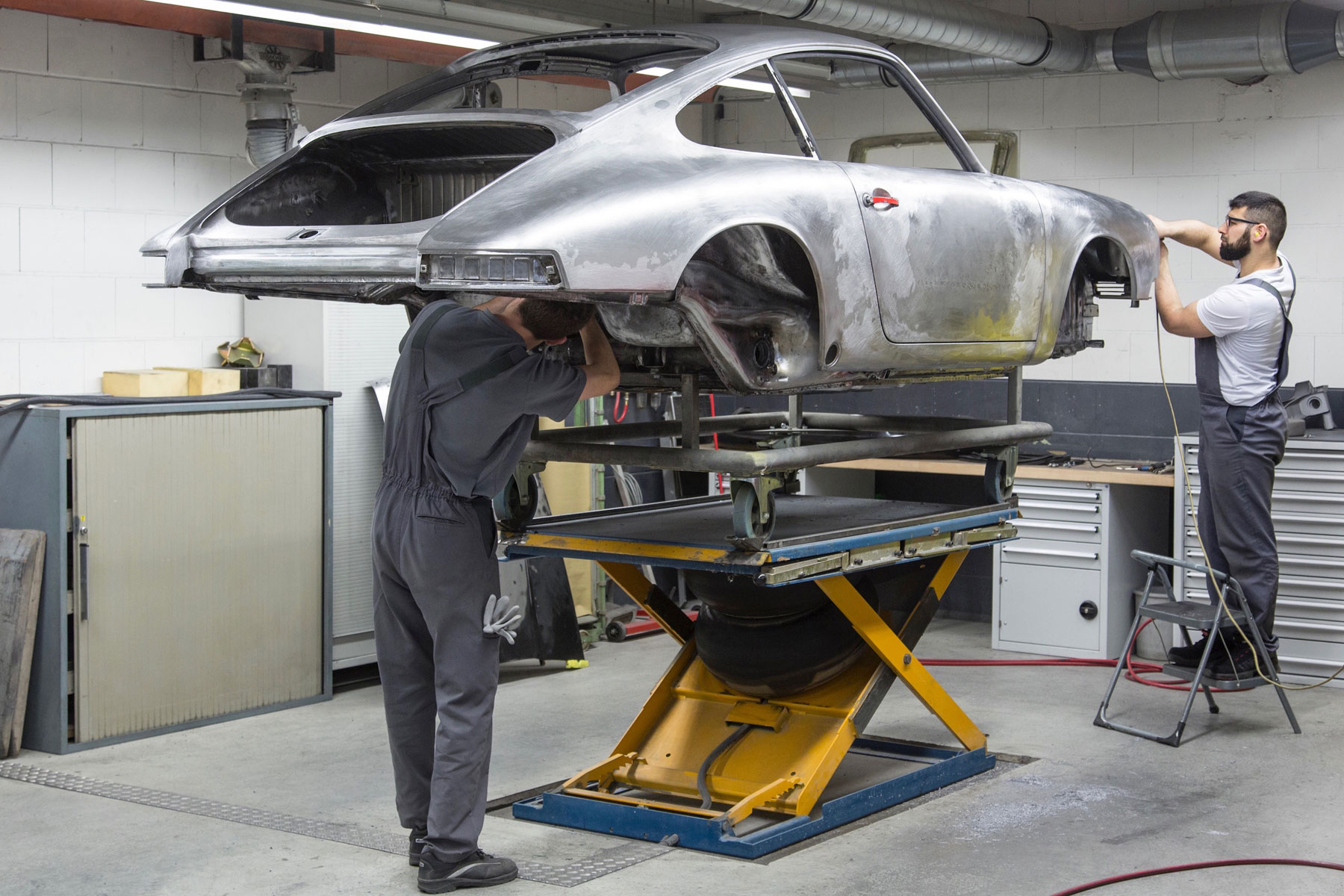 Chassis number 57, on the other hand, has been treated to a makeover of epic proportions, with Porsche going to great lengths to retain as much originality and authenticity as humanly possible. It kinda helps when you’ve got access to Porsche’s top bods.

First, ‘Number 57’ was wholly disassembled before the body was placed into a chemical bath for de-rusting and paint removal. Before the process, Porsche assumed that 50% of the body had been destroyed, but it transpired that over half of the sheet metal was worth preserving.

Any parts that needed to be replaced were sourced from a 1965 Porsche 911, thereby guaranteeing the composition and characteristics of the sheet metal. In a painstaking process, it took the engineers about a year to mould and weld the steel and sheet metal.

When complete, the body was resprayed in Signal Red 6407 paint, using environmentally-friendly water-based paints and more modern methods. The six-cylinder engine was restored over the course of 120 working hours.

“Many of the features only included in the very first models have been preserved in the car,” said Kuno Werner, head of the museum workshop. One example is the leather sleeve around the shift lever, which was only installed during the 901 era.

Some of the problems experienced by the restoration team were incredibly complex and detailed, such as the shape of the screw that had initially been used to mount the indicators. 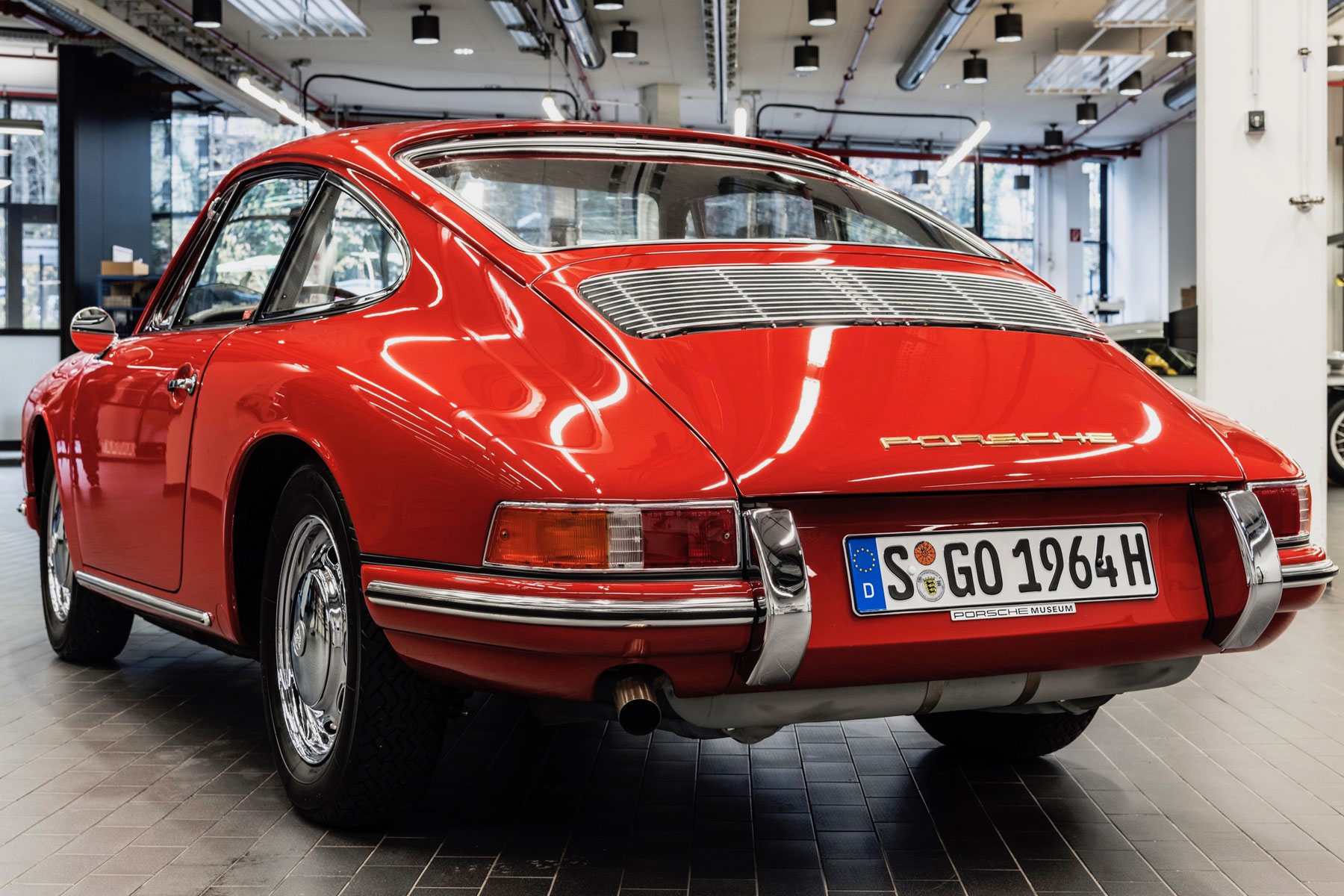 It took a total of three years to return the 901 to its original condition, and it takes pride of position in the Porsche Museum as the oldest 911. For the Museum director, Achim Stejskal, it fills a massive hole in the collection.

“This is exactly what has been missing. It completes our collection of all important production cars from Porsche.”

Set to be held at the Stockwell Discovery Centre, ‘Vauxhall - Made in Luton’ will see eleven models spanning more than a century of production on show.
Read more

The Ferrari 250 GTO is the world’s most revered classic car, with an eight-figure price tag to match. But what’s it like to drive?
Read more
Features

This 'backdated' Porsche 911 imitates the iconic Carrera 2.7 RS for a fraction of the price. How does it compare to drive?
Read more