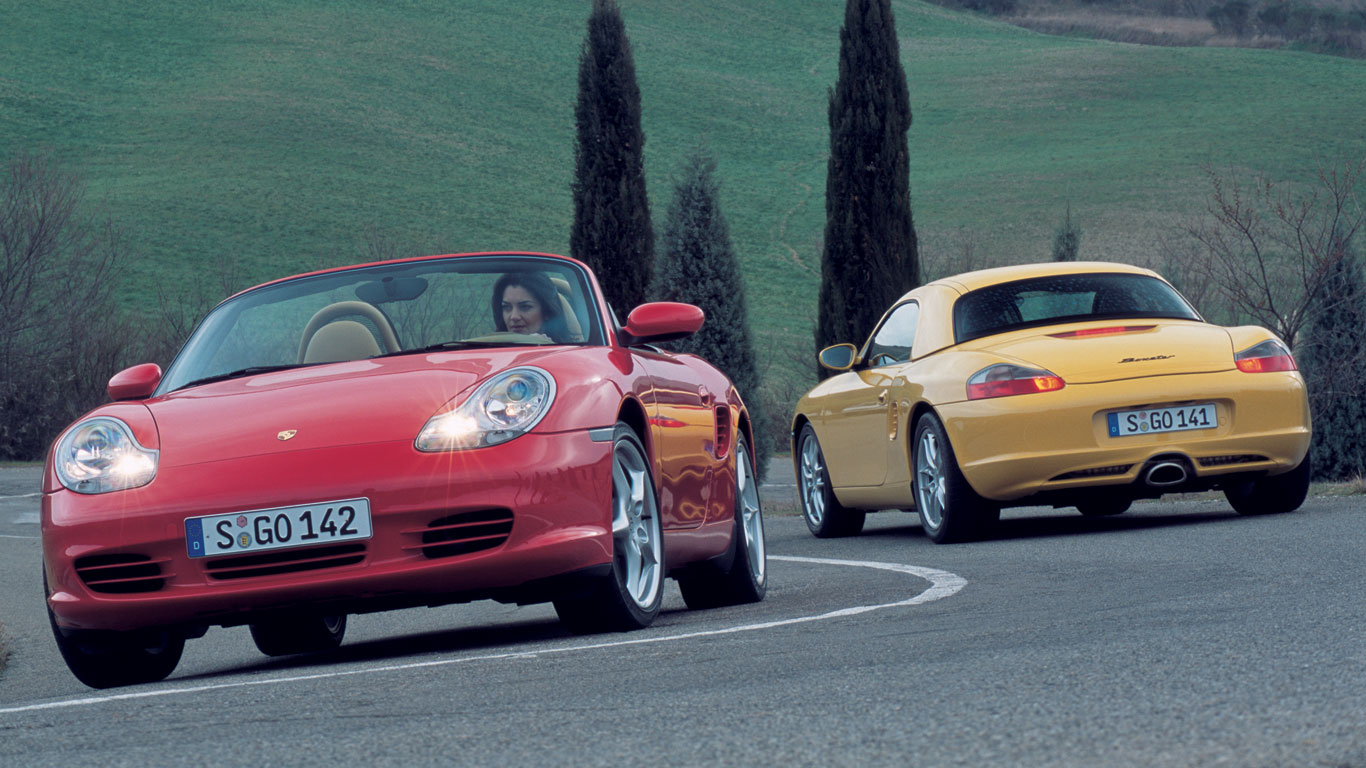 In 2021, the Porsche Boxster will be 25 years old. Love or hate this soft-top sports car, there’s no denying that Porsche wouldn’t be where it is today without it.

Back in the early 1990s, the German car manufacturer was in the doldrums, suffering from falling sales and what looked like an inability to ride out the global recession. To say a lot was resting on the shoulders of the Boxster would be underplaying things. For Porsche, the Boxster was not only a game-changer, it was a life-saver. 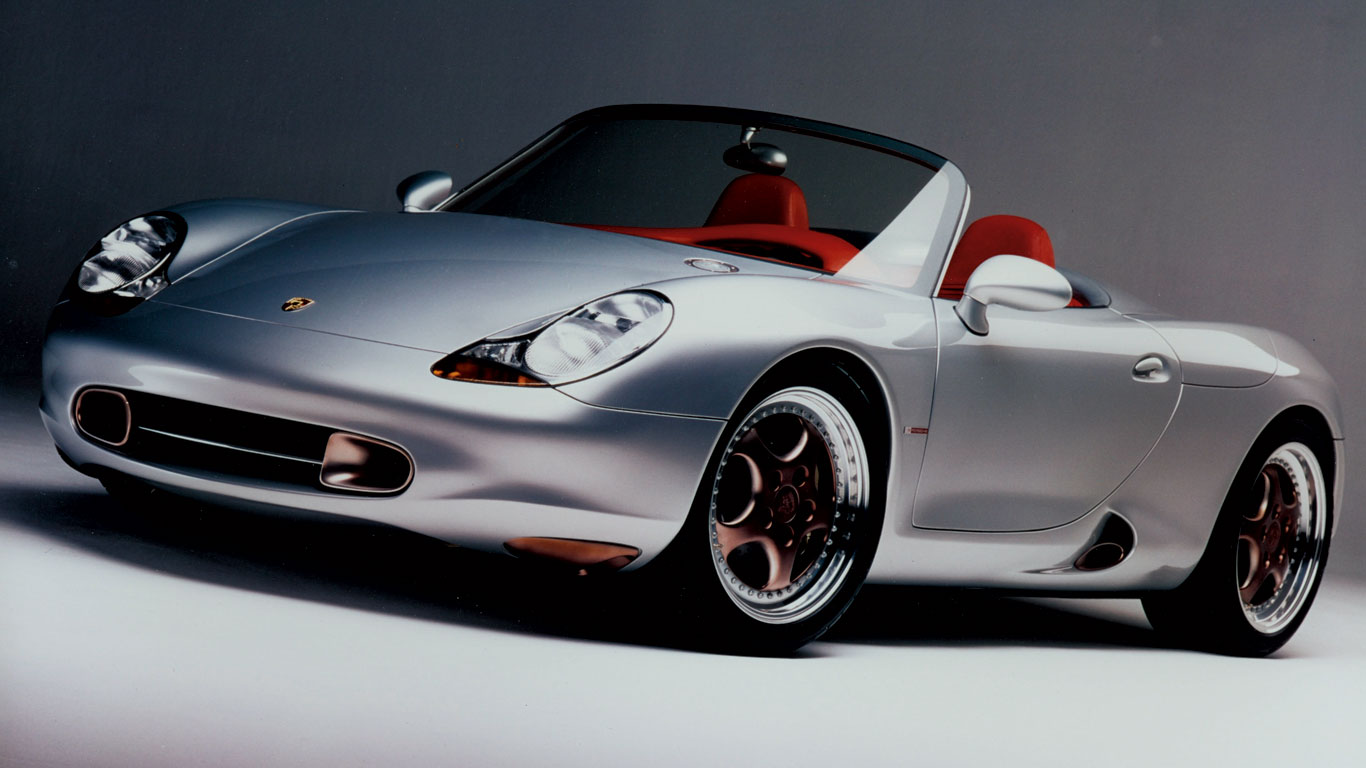 The Boxster first appeared as a concept at the 1993 Detroit Motor Show. It totally stole the limelight, evoking memories of the stunning 550 Spyder. Its name was a combination of Boxer, a reference to its engine layout, and Speedster, a nod in the direction of the iconic 356. Such was the car’s reception, Porsche had little option but to push forward with production. 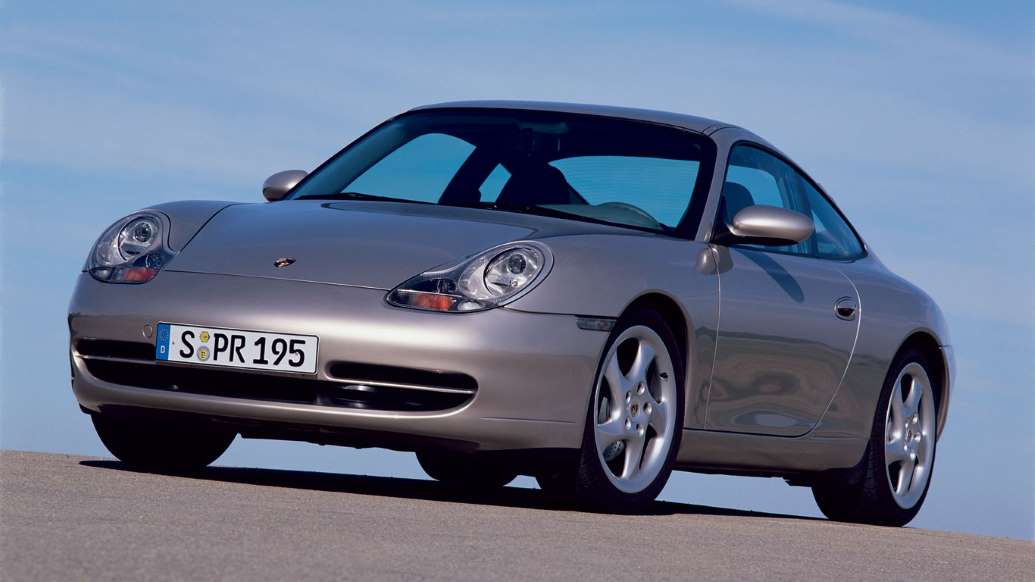 To save costs, the Boxster – internal designation 986 – was developed alongside the new Porsche 911 (996). Porsche looked to Japan – and in particular, Toyota – to learn new production methods, with the outcome being a leaner and fitter organisation. A change was required. In 1986, Porsche sold 30,471 cars in the United States. By 1993, that number had fallen to 3,728. Put simply, Porsche was in a mess. 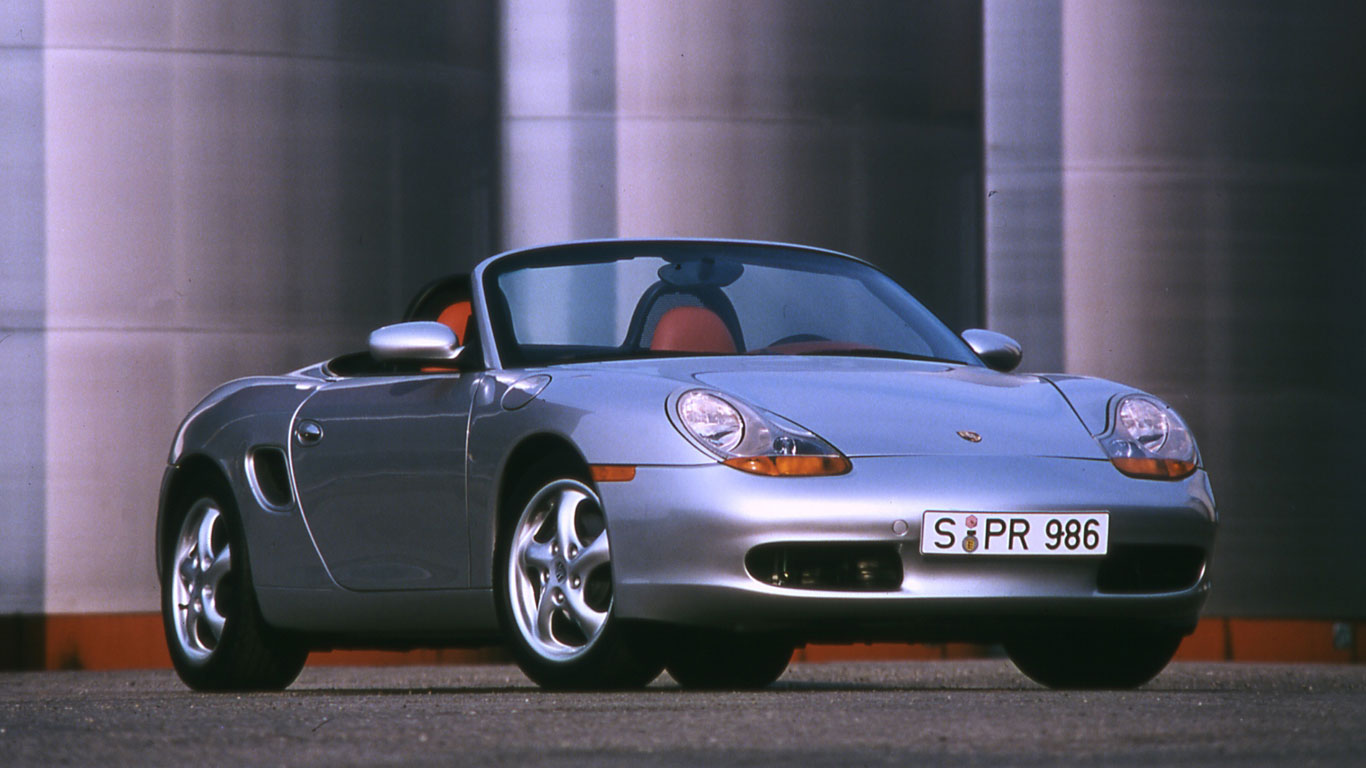 When the Boxster was finally unveiled in 1996, it’s fair to say there was a momentary sigh of disappointment. Gone was the svelte and sculpted styling of the concept, with the production car looking more bulbous and slab-sided. Of course, the majority of changes were required for mechanical purposes, but we certainly missed the curved doors, low side air intakes and front grille. 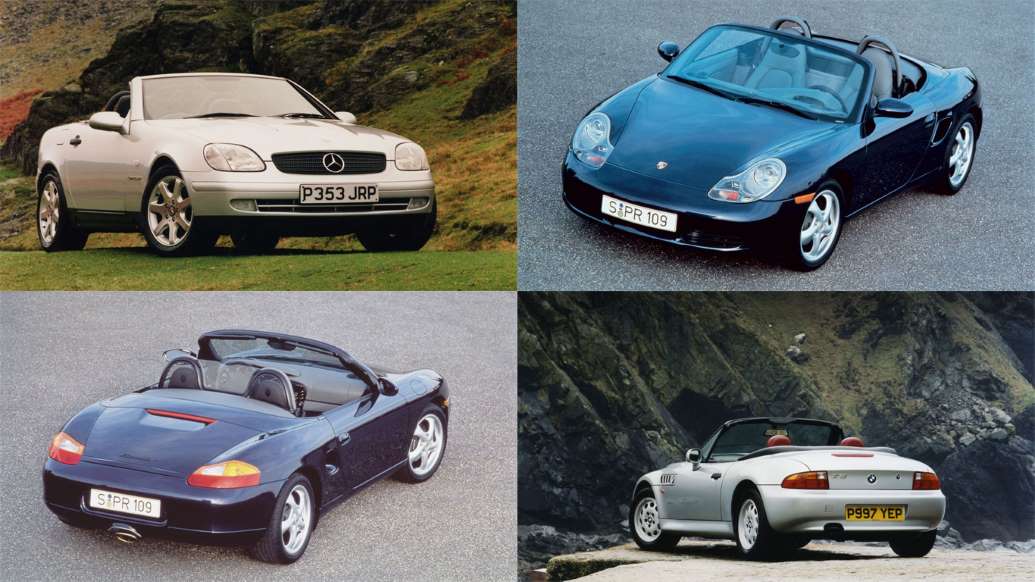 But the Boxster was critical to the firm’s long-term future. Sure, in the 911 it could boast a global icon, but that was hardly the answer for a company looking to beat the recession. No, what Porsche needed was something more affordable. A car for those who aspired to 911 ownership but didn’t have the means to achieve their dream. The Boxster would go head-to-head with the Mercedes-Benz SLK and BMW Z3. 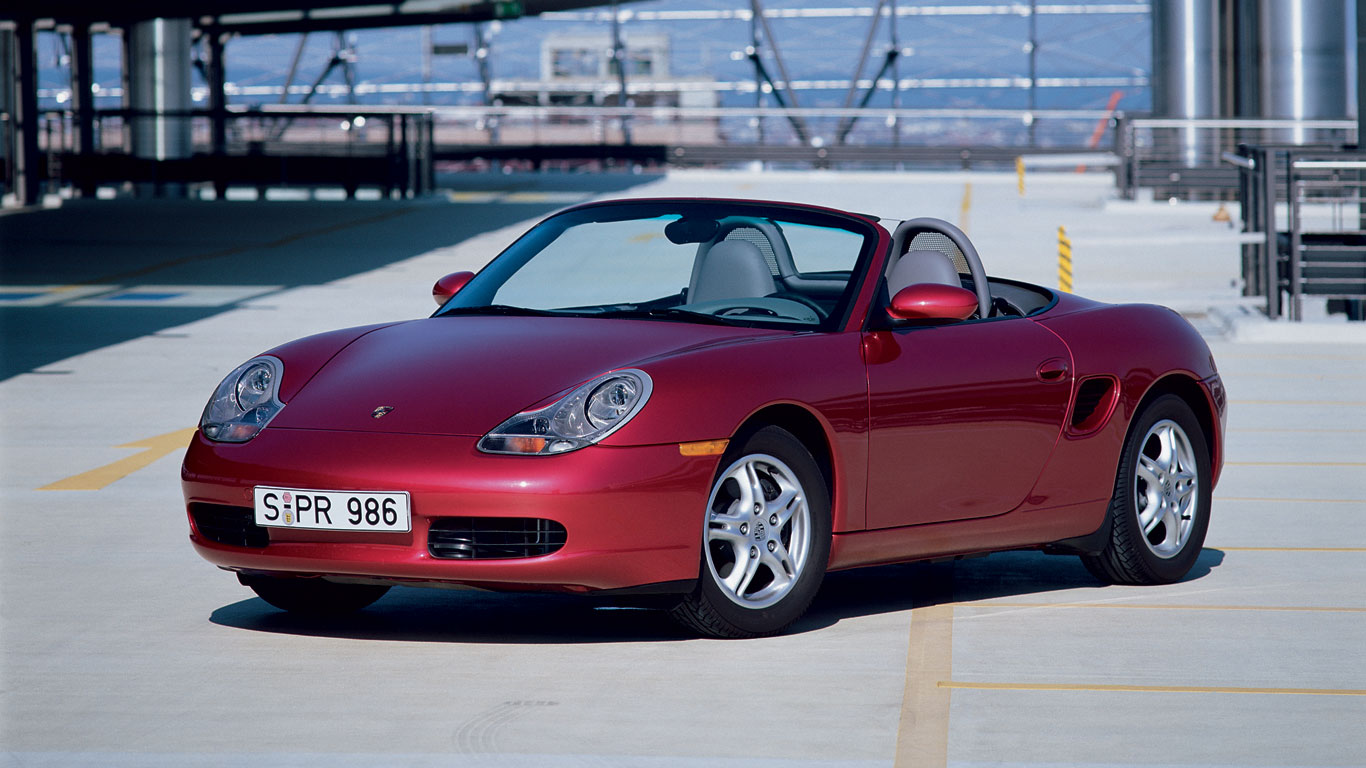 Crucially, the Boxster would trounce the opposition. The hints of 911 made it an easy target for armchair critics, but dynamically speaking the Boxster was in a different league to the Z3 and SLK. Forget the ridiculous tags of ‘poor man’s Porsche 911’ and ‘hairdresser’s car’, the Boxster was – and still is – the real deal. 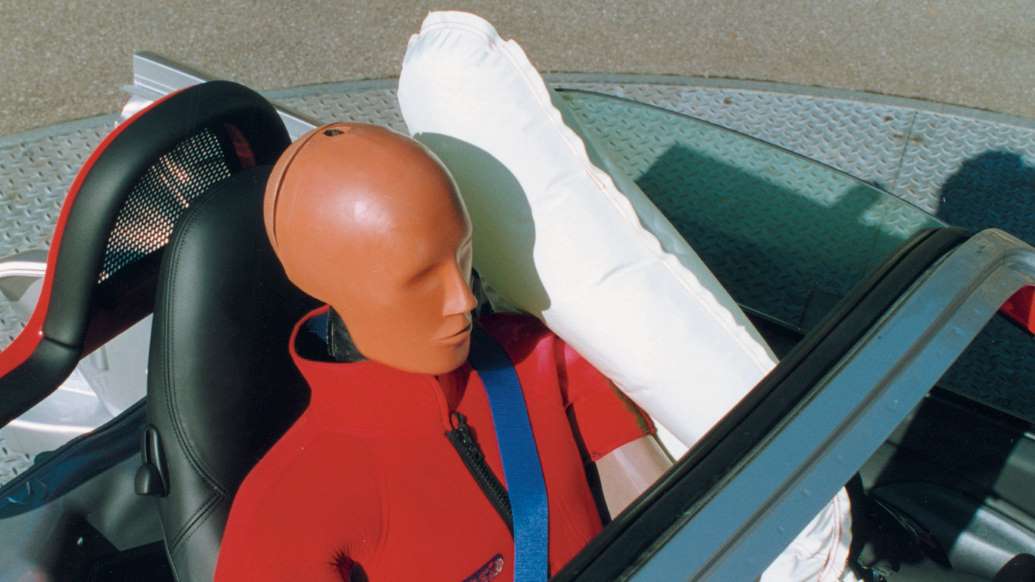 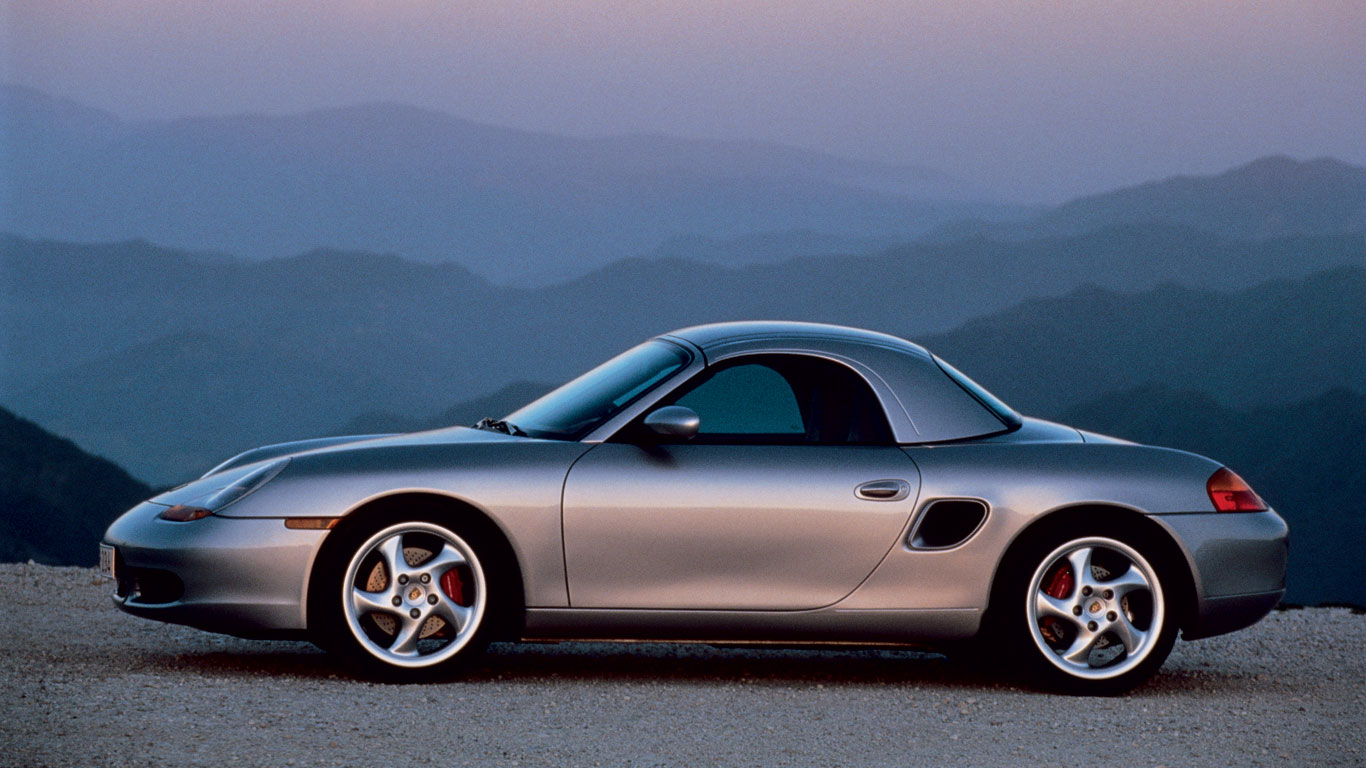 In the UK at least, the hard-top was a popular option. Squint hard and this could pass as a Porsche 911, which would only add fuel to the ‘poor man’s 911’ fire. And let’s not get started on the ‘looks the same from the front as it does from the back’ argument. The fact is, customers voted with their deposits. Such was the demand, Porsche opened a second assembly line in Finland. 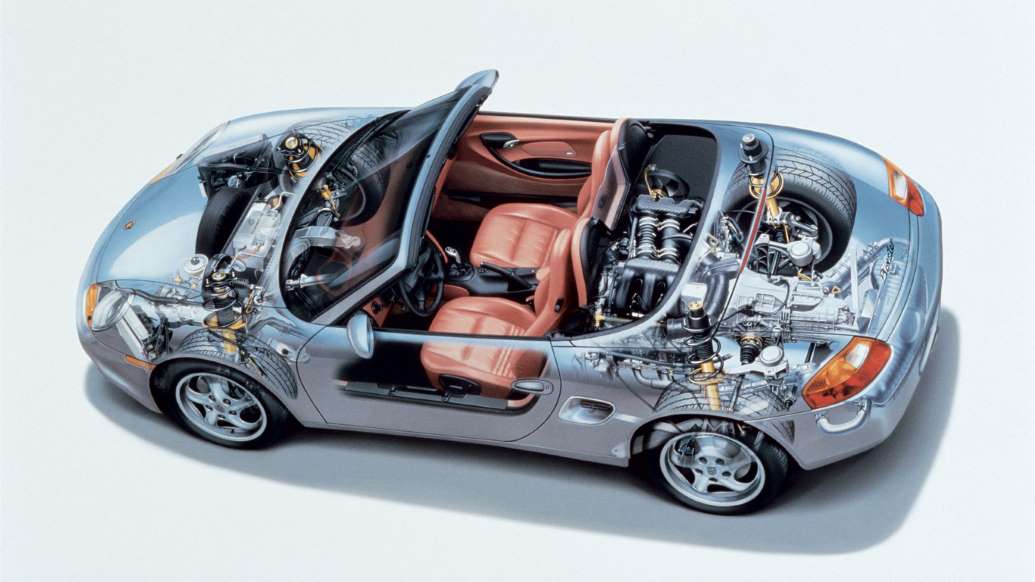 In 2000, the Porsche Boxster came of age when the 201hp 2.5-litre engine was replaced by the 217hp 2.7-litre unit. The additional power and torque proved what many onlookers had been saying since 1996: that the Boxster’s chassis could handle more power. 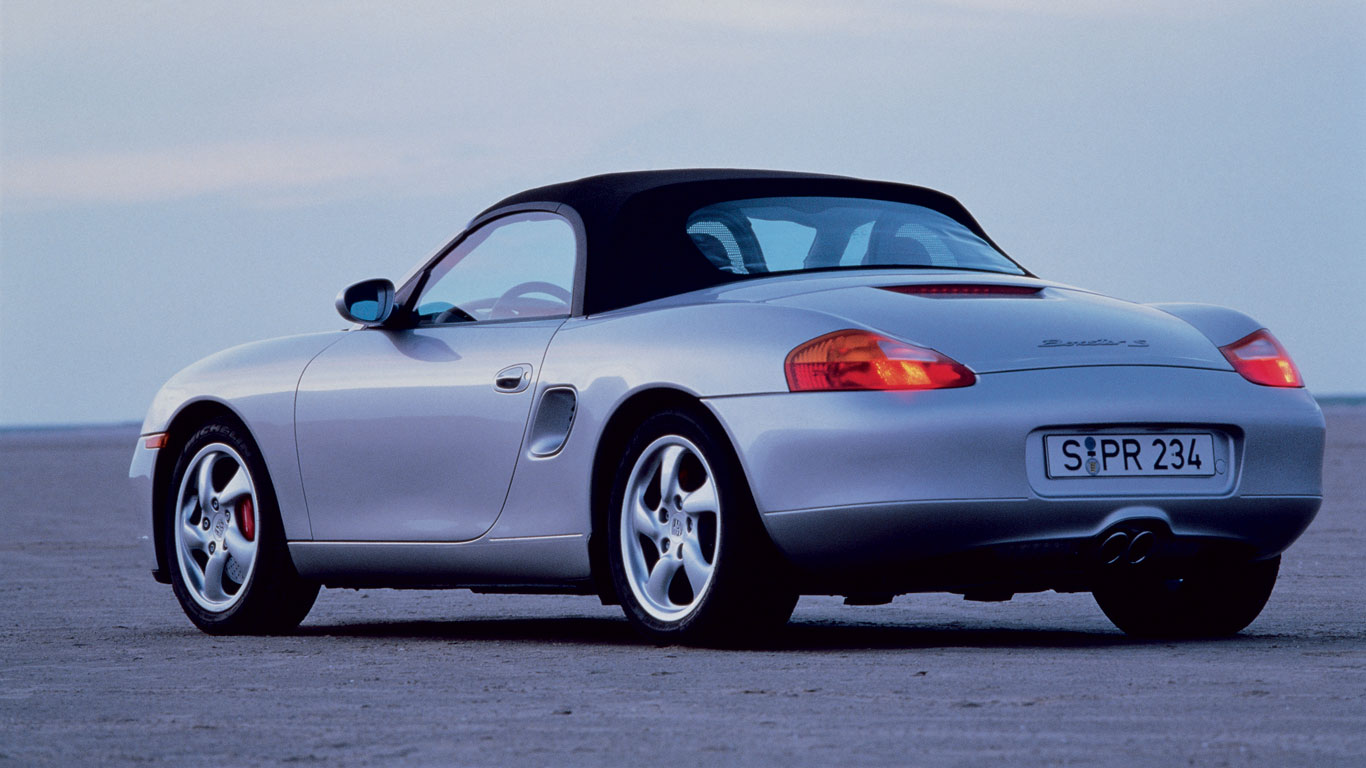 But the 2.7-litre engine wasn’t the only big news of 2000. In the same year, Porsche launched the Boxster S, complete with a 250hp 3.2-litre engine. Although subtly different, the S could be spotted by its 17-inch rims, red brake calipers, S badges, titanium-effect trim and – the real giveaway – twin tailpipes. 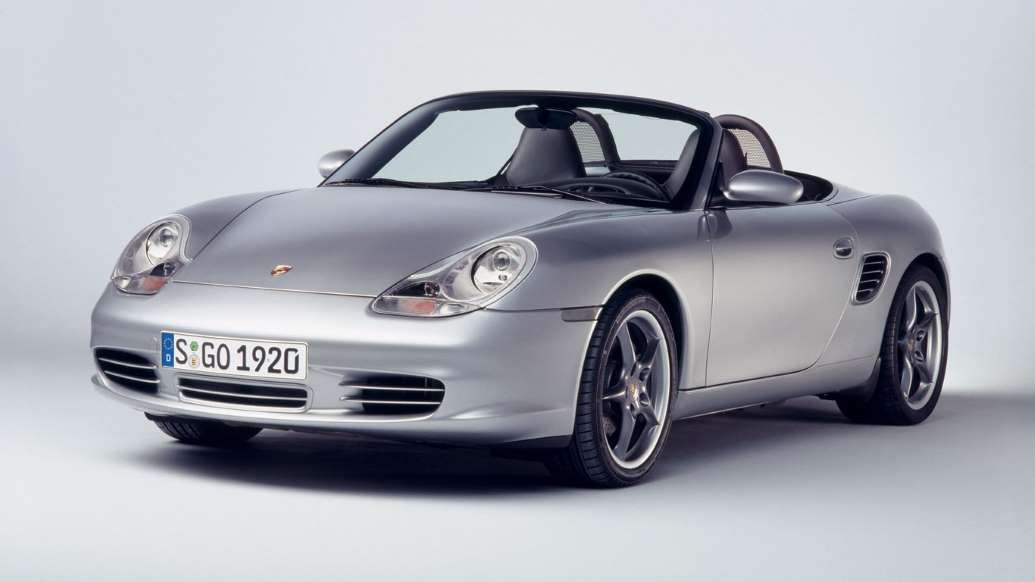 The Boxster range was facelifted in 2003, with the plastic rear window replaced by a smaller glass item. In addition, the universally disliked ‘fried egg’ indicators were replaced with clear glass parts. In 2004, Porsche launched the Boxster S 550 Anniversary, built to celebrate the 50th anniversary of the original 550 Spyder. Only 1,953 cars were built, each one painted in the same silver metallic paint found on the Carrera GT supercar. 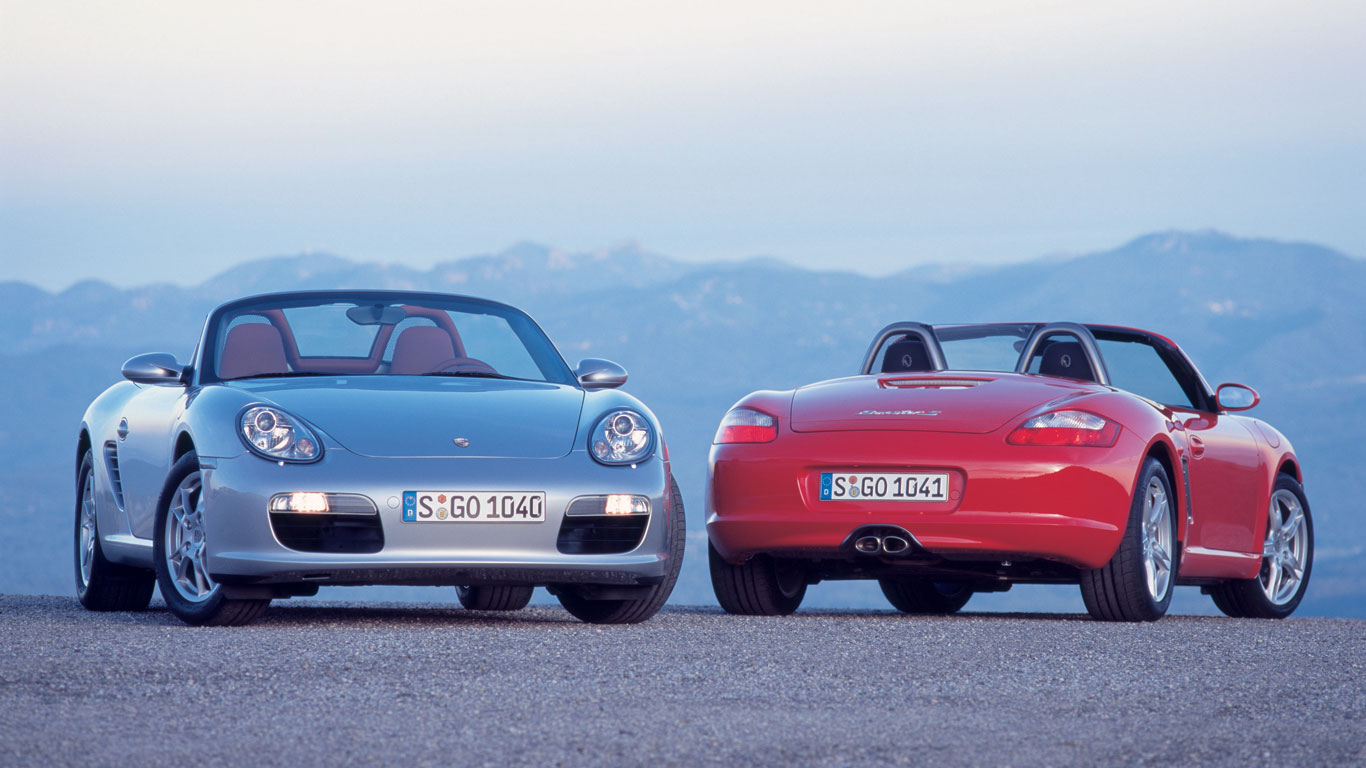 The long-awaited second-generation Boxster, known as the 987, was unveiled at the 2004 Paris Motor Show, before going on sale in 2005. The big changes were a new headlight design, larger wheelarches and an improved and harder-wearing interior. The Boxster 987 also spawned a coupe version, called the Cayman. 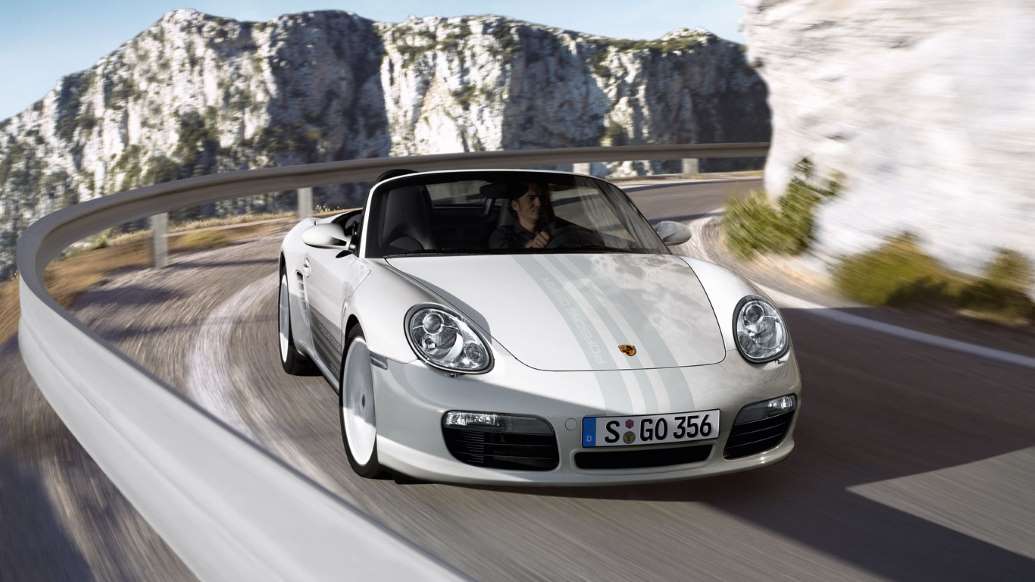 A number of special editions followed, including the Design Edition 2. It featured a freer-flowing exhaust, which nudged the power from 291hp to 299hp. Only 500 were made, but we’re including it only for the ‘Photoshop fail’ promotional photo. Our verdict: must try harder. 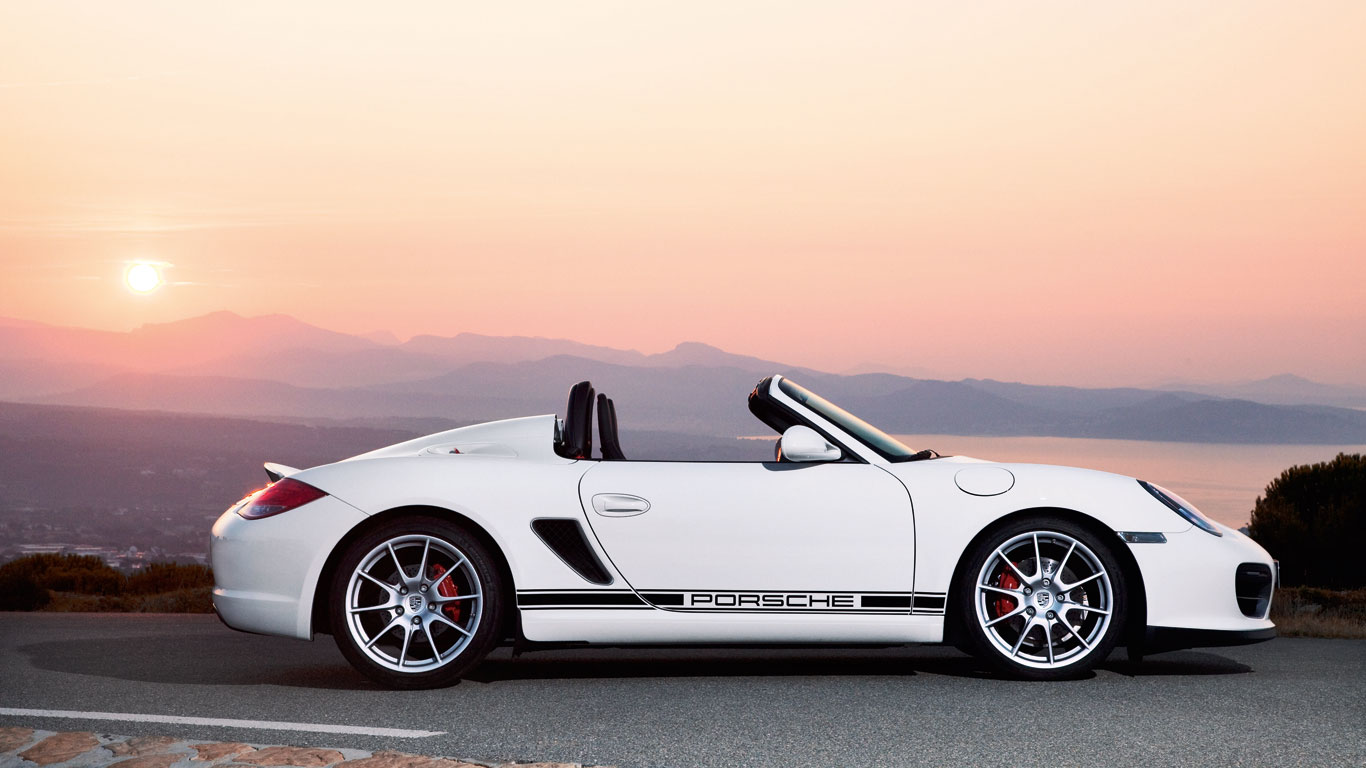 Milestones came and went, with the Boxster notching up 200,000 sales by 2006. This was followed in 2008 with a facelifted 987, featuring cosmetic and performance upgrades. But these were nothing compared to the impact of the Boxster Spyder. It was launched at the 2009 Los Angeles Auto Show and at the time it was the lightest production Porsche you could buy. It also sat one inch lower and featured a pair of signature rear humps. It was an instant classic. 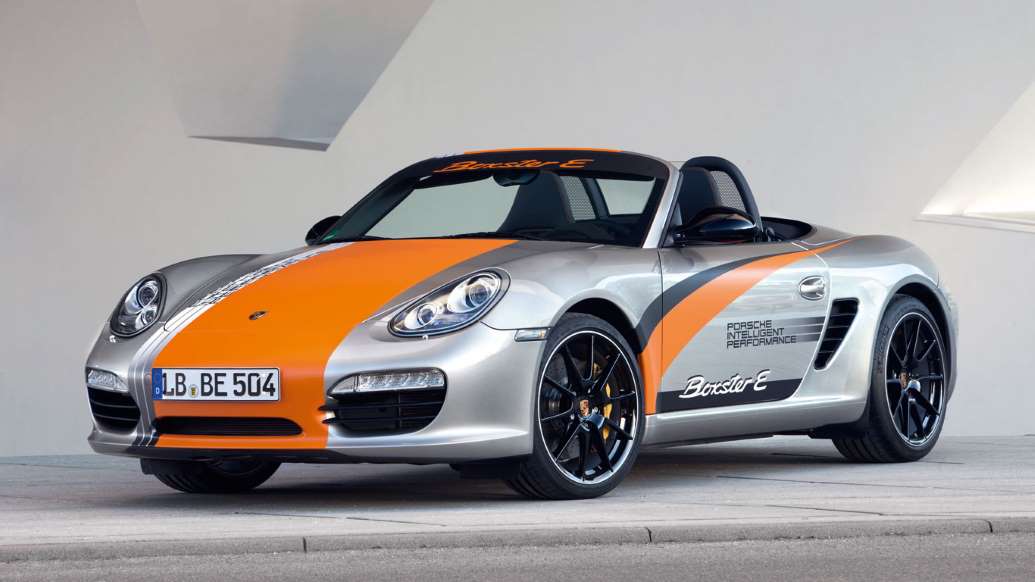 We’ve recently seen the all-electric Porsche Taycan, but back in 2011 the Boxster E was the most electrifying news coming out of Stuttgart. The four-wheel-drive Boxster E ditched its petrol engine for an electric motor, helping it accelerate to 62mph in just 5.5 seconds. Sadly, an electric Boxster hasn’t made it into production. Yet. 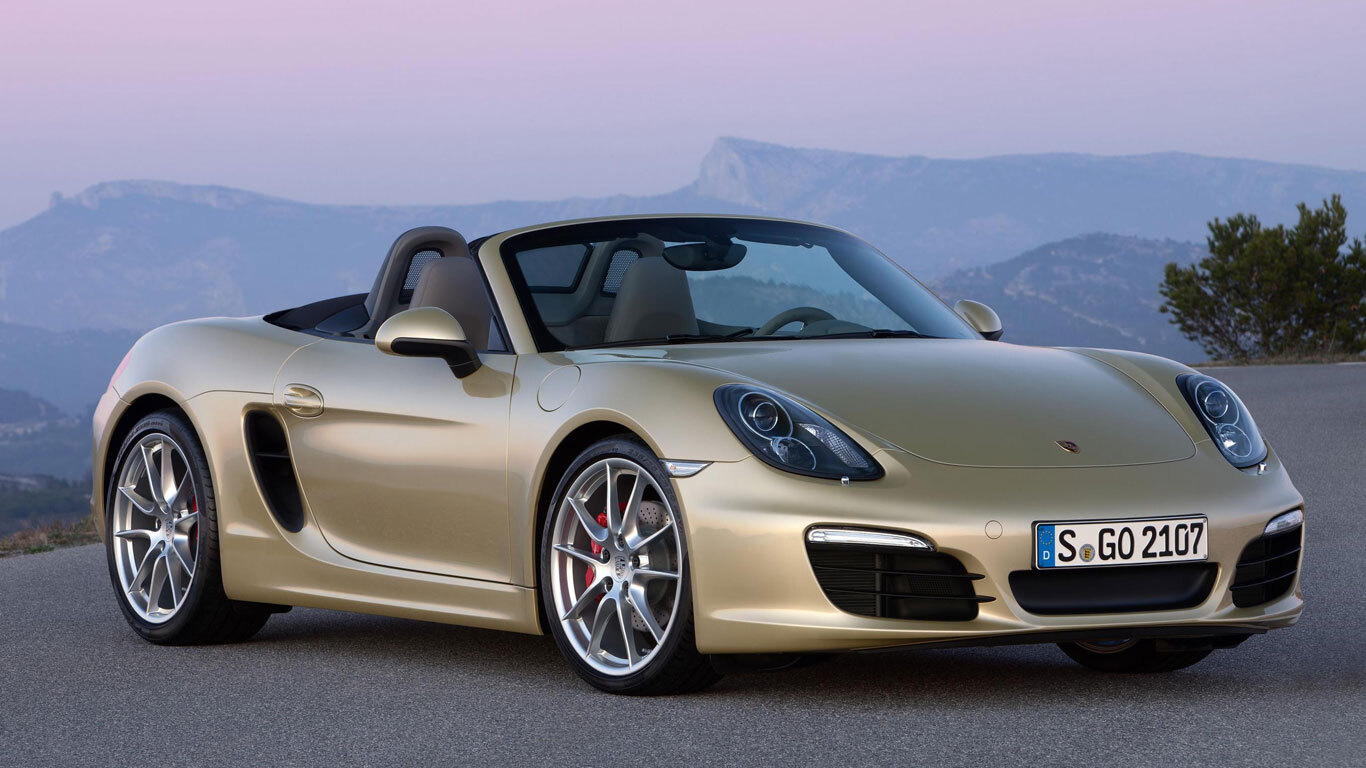 The third generation Porsche Boxster – internal designation 981 – was unveiled at the 2012 Geneva Motor Show, powered by either a 261hp 2.7-litre engine or a 311hp 3.4-litre unit. The 981 is wider and longer than the previous Boxster, but 35kg lighter. Crucially, in this age where economy rules, Porsche claims the Boxster is 15 percent more efficient than before. 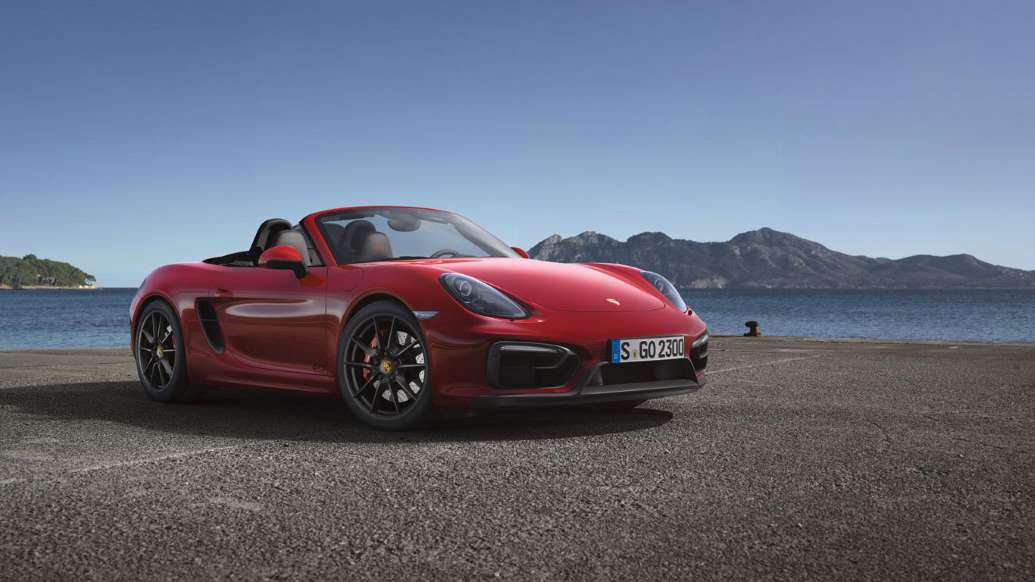 In 2014, the Boxster range was extended to include a GTS model, the first time the badge had been seen on Porsche’s entry-level sports car. It was powered by a 330hp 3.4-litre engine that, when mated to the PDK auto transmission, helped the Boxster GTS sprint to 62mph in 4.9 seconds (4.7 seconds in Sport+ mode). 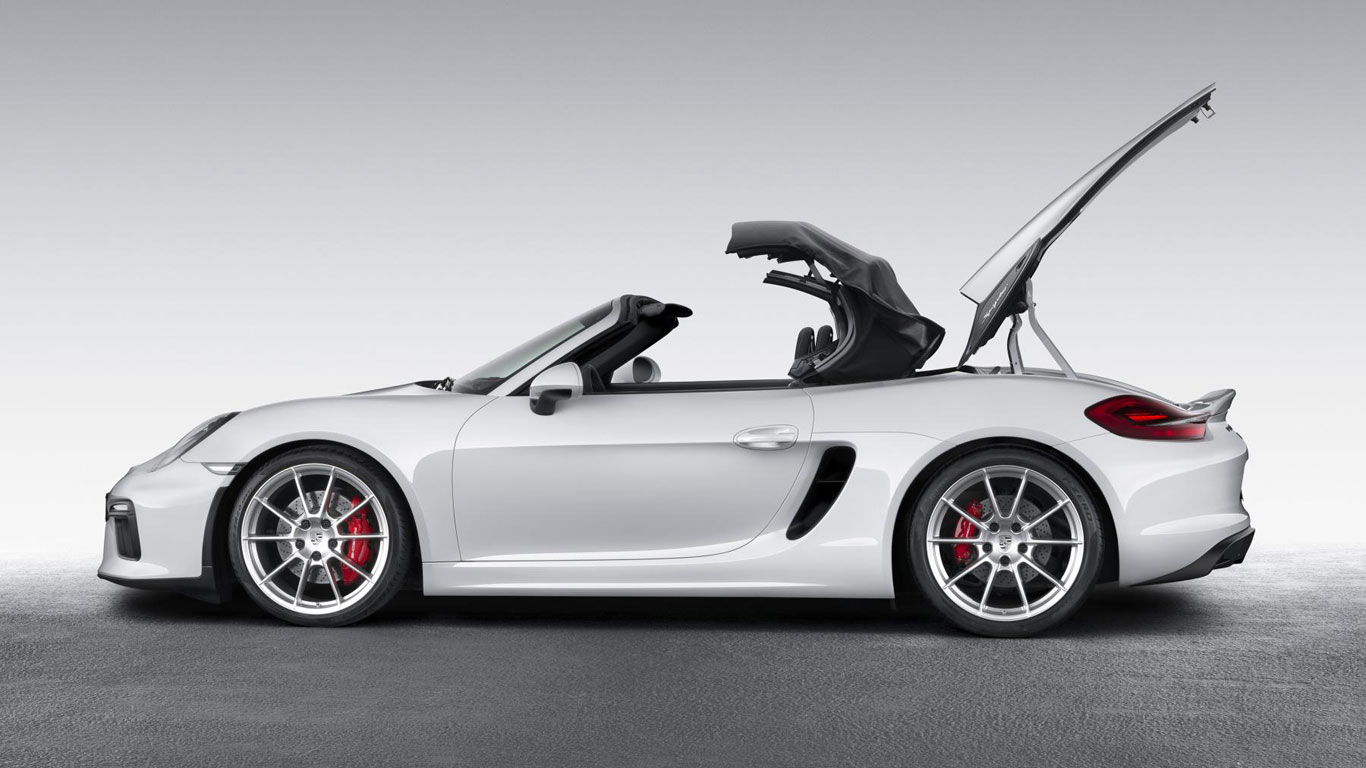 An even more extreme version of the 981 Boxster followed in 2015, revealed at the New York Auto Show. Powered by a mildly detuned version of the 3.8-litre flat-six found in the Cayman GT4 and 911 Carrera S, the Spyder was the most powerful Boxster ever sold, producing 375hp. With a twin-hump rear deck and manually folding canvas roof, it also looked the part. 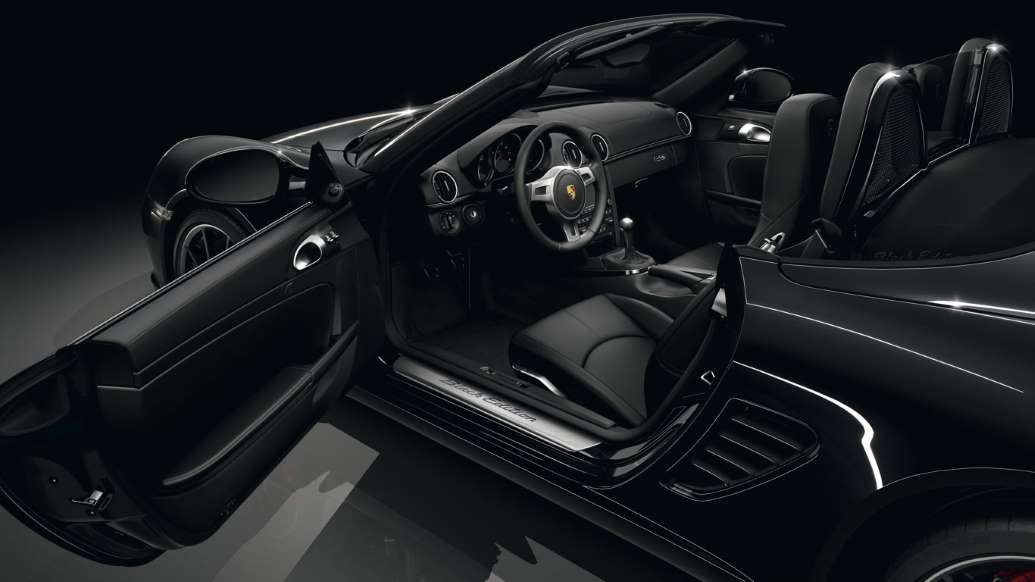 The original design team of Grant Larson and Stefan Stark deserve huge credit for nailing the Boxster from the start. That the first and second generation cars stayed true to the original formula is a testament to getting it right first time. This is the Black Edition from 2015, a special edition that majored on a host of black upgrades. There was also a small increase in power. 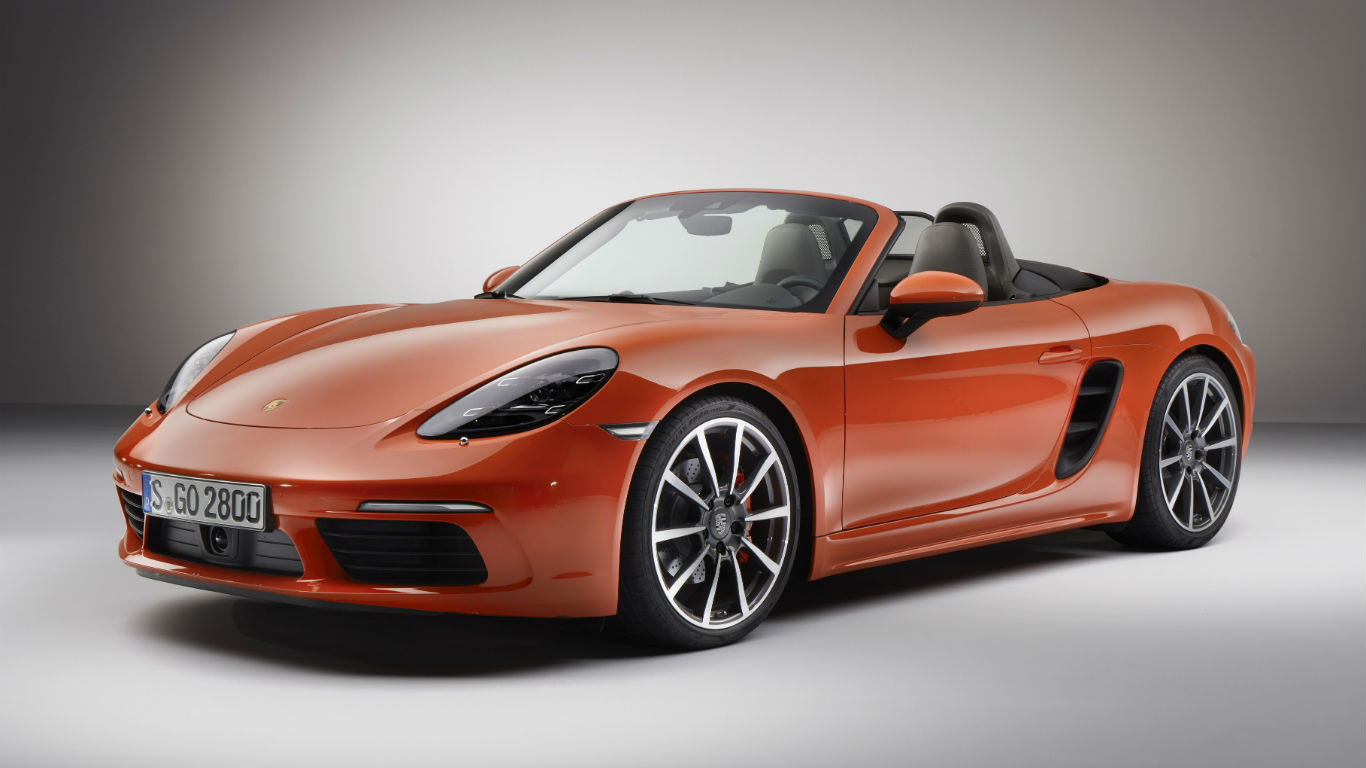 The current 718 Boxster arrived in 2016. Powered by a turbocharged four-cylinder engine, many complain that it lacks the character of its predecessors. However, with the Boxster S producing 375hp, hitting 62mph in 4.6 seconds and returning a combined 34.9mpg, there’s a lot to like here. And there was more excitement to come. 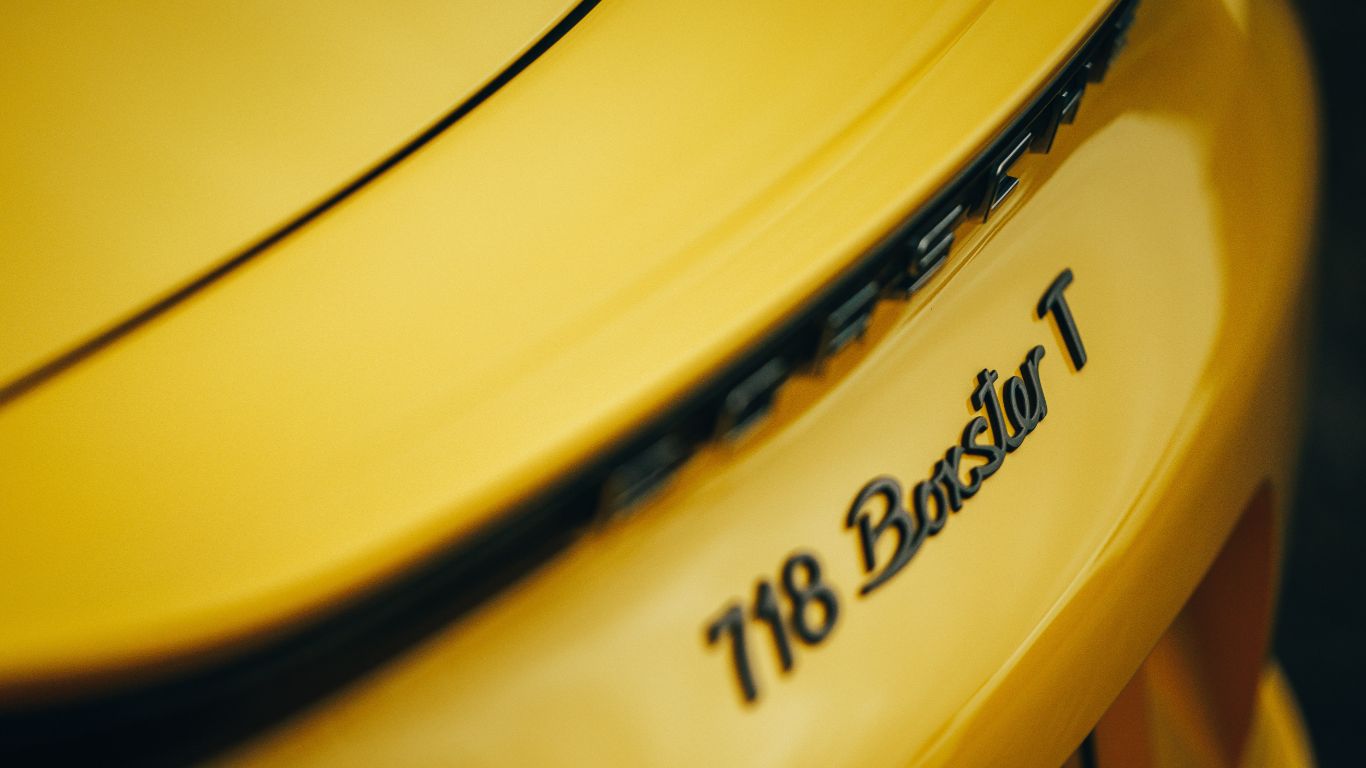 The 2019 Boxster T offered the same 300hp output as the base-spec 718, but with less weight and a sportier chassis. It also came with retro sill stripes, adjustable suspension, a mechanical limited-slip diff, sport mode for the stability control and a ‘loud’ button for the exhaust. Oh, and fabric interior door straps like a 911 GT3 RS. The amount of weight they actually save is undisclosed… 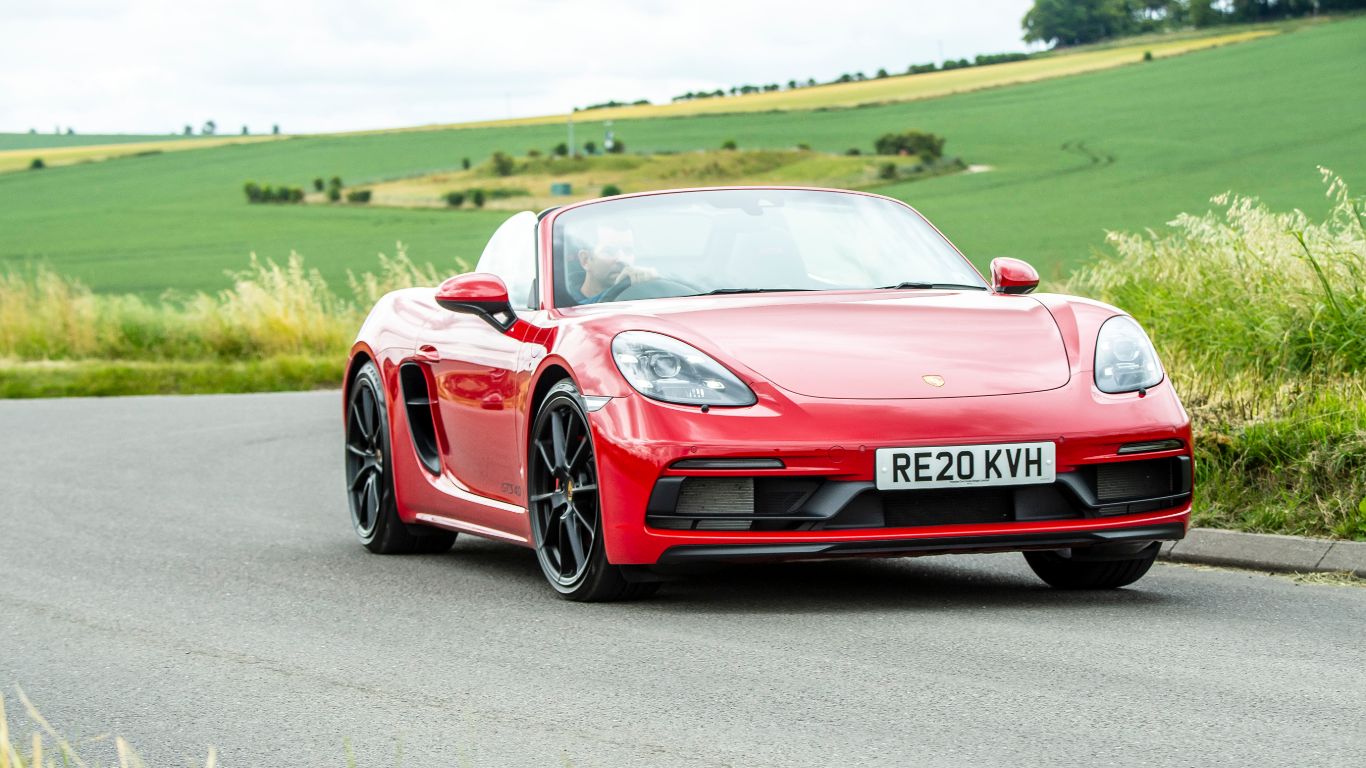 Earlier this year, enthusiasts rejoiced as Porsche brought back the six-cylinder engine to the Boxster. The latest GTS ditches the turbocharged 2.5-litre four of the old model in favour of a naturally aspirated flat-six that makes 400hp and revs to 7,800rpm. We drove the Cayman version, describing the engine as ‘a fitting foil for that sublime chassis’. 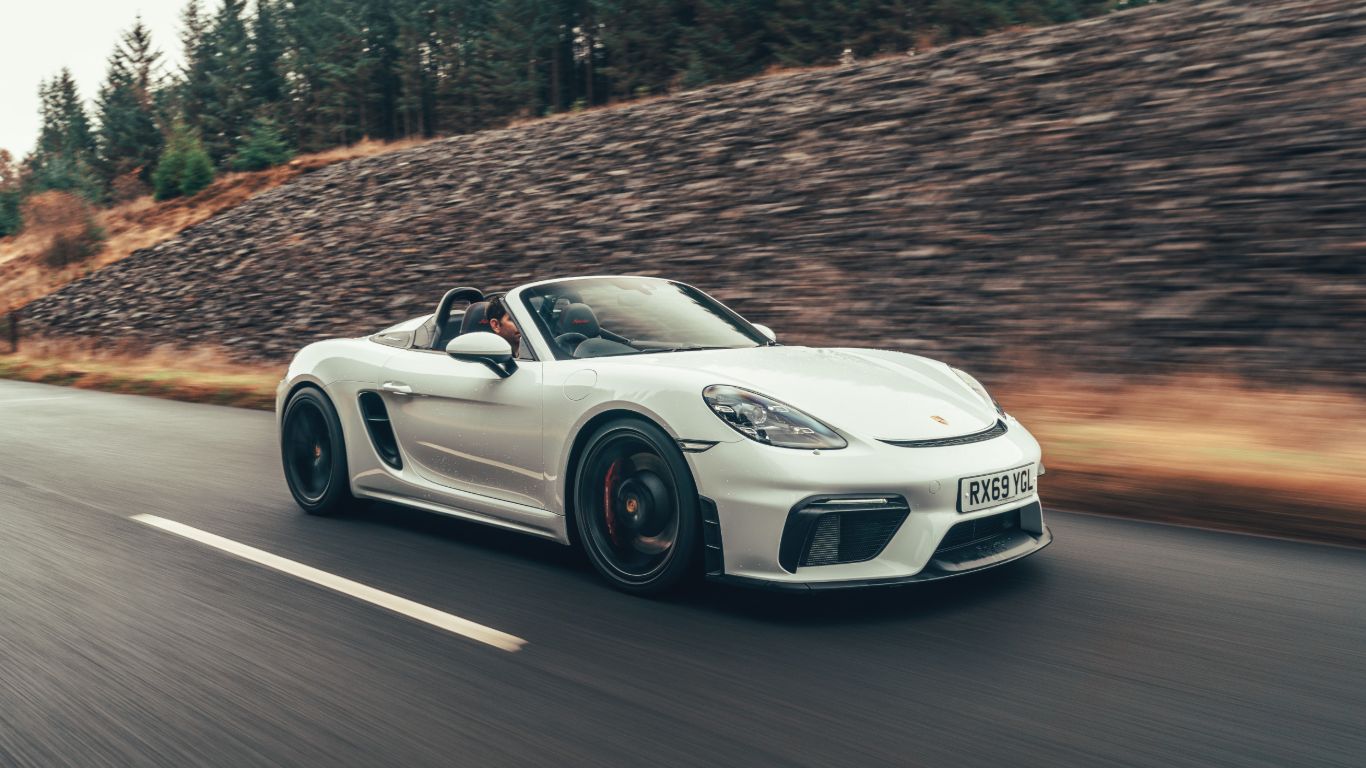 The 718 Spyder may not be a Boxster in name, but it’s the most extreme version yet of Porsche’s evergreen roadster. A 420hp flat-six borrowed from the Cayman GT4 means 0-62mph in 4.4 seconds and 187mph flat-out. The rumour is its replacement – due in 2022 – will have hybrid or fully electric power. It will be fascinating to see where the Boxster goes next.

We trace Peugeot’s hot hatchback heritage, from the famous 205 GTI forwards, and look at what might come next
Read more
Previous articleHappy birthday Bulli: Volkswagen Transporter is 70
Next articleLondon Concours 2020: the 10 cars you must see

In 1974, Triumph broke with tradition and launched its wedge-shaped TR7 sports cars. The advert claimed it was ‘The shape of things...
Read more
Features

Citroen museum auction: breaking up is so hard to do

Auction spotlight: 65 classic Citroens to go under the hammer in Paris
Read more

The Jensen Interceptor serves up British charm with a side-order of American muscle. We drive the ultimate 385hp Six-Pack version.
Read more
Reviews