It’s billed as a ‘luxurious automotive garden party’ set in the heart of the City of London. And this year, London Concours is the UK’s first major motoring event to take place since February, with the calendar wiped out due to the Coronavirus.

Guest numbers will be strictly limited, but we’re on the list, so we’ll bring you the sights and sounds of this well-dressed affair. In the meantime, here’s what you can expect to find at London Concours, which takes place from 19-20 August 2020. 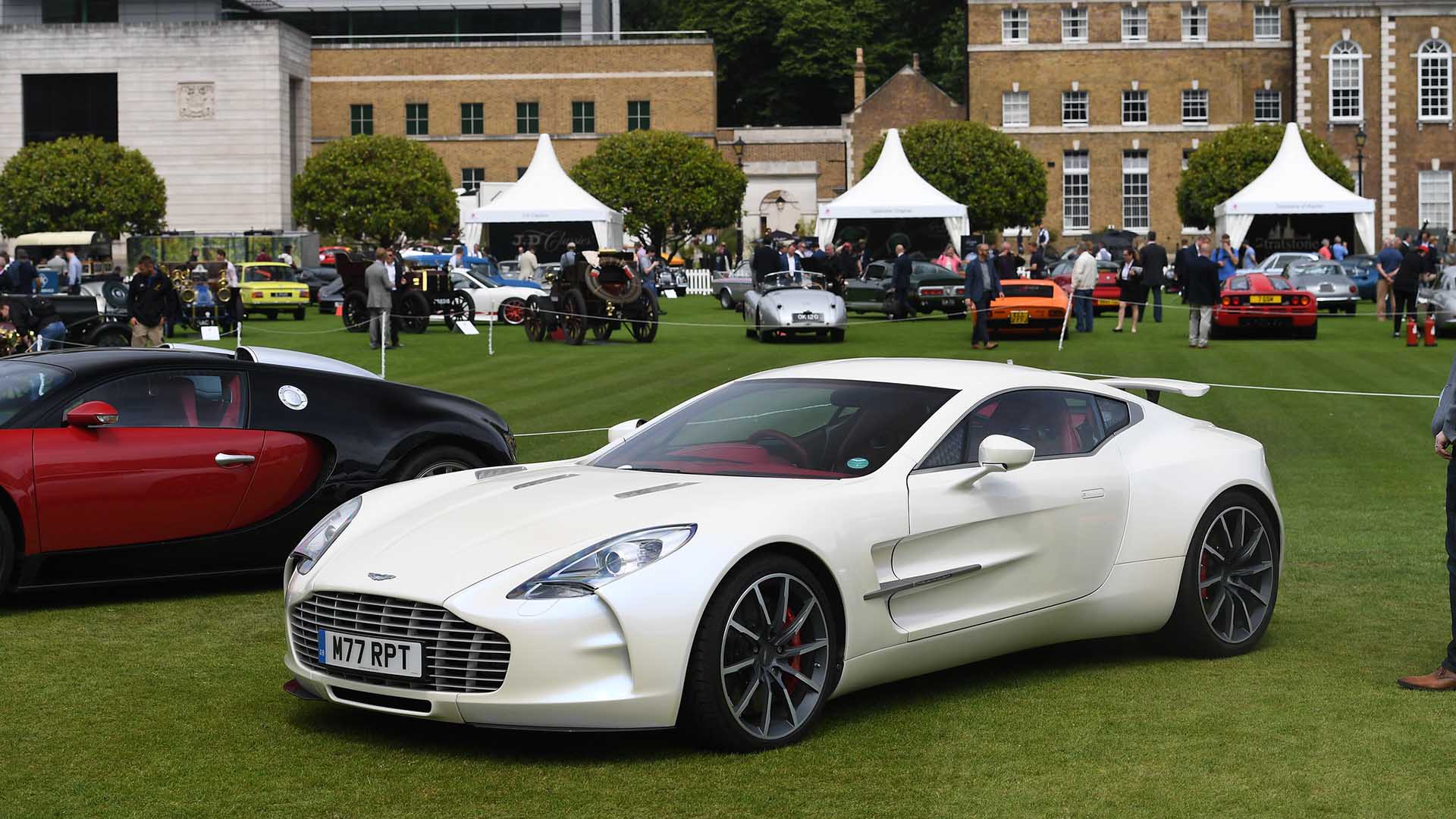 If you’re fortunate enough to be attending the London Concours event, you’ll see 80 of the world’s most exotic cars lined up in the gardens of the Honourable Artillery Company. There are a number of features and classes, including Great Marques. Aston Martin is one such great marque, with a history dating back to 1913. This is the One-77, one of the most extreme cars Aston Martin has ever built. Its V12 engine produces 750hp, which is enough to propel the One-77 to 220mph. 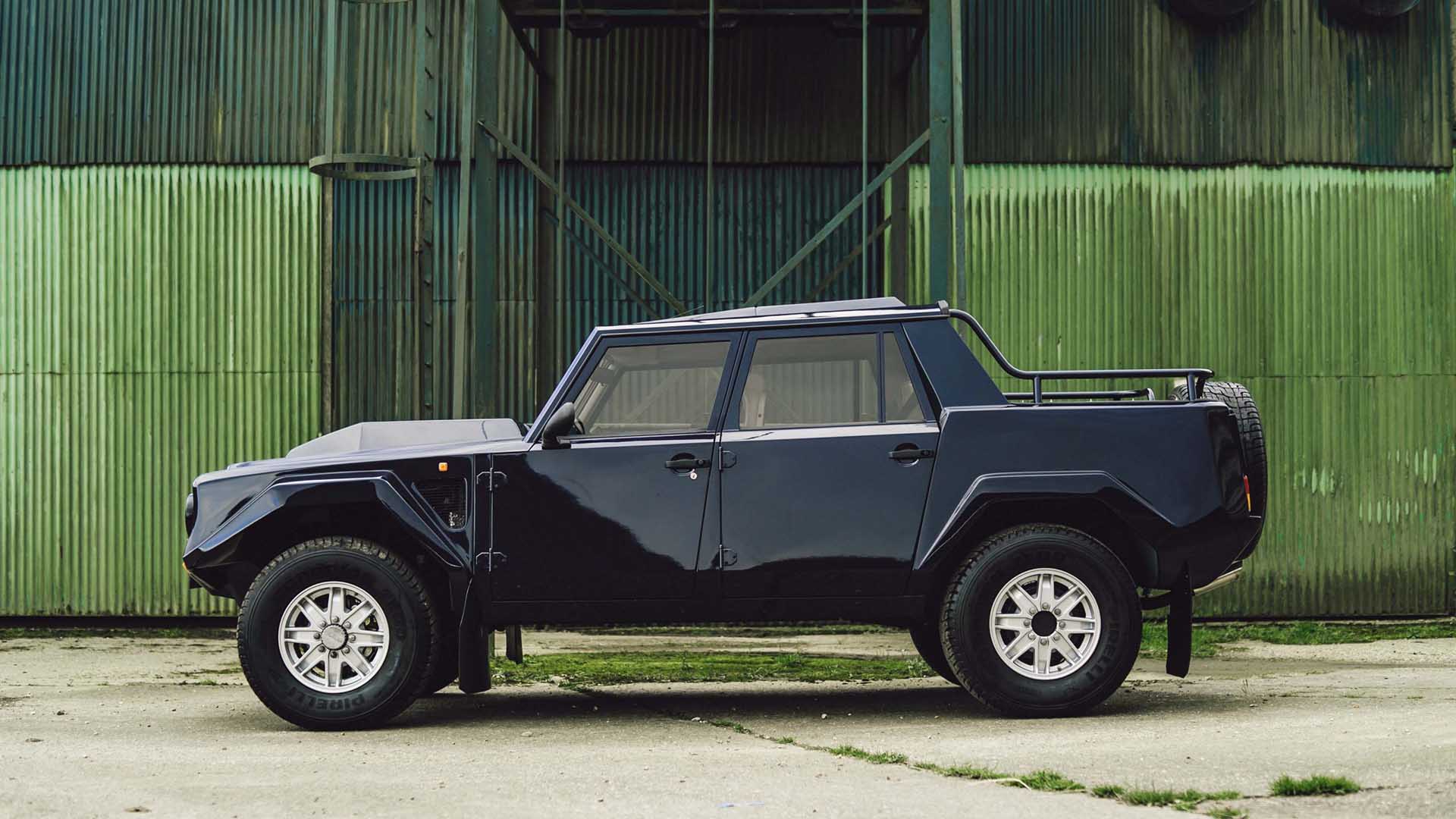 London Concours is also celebrating the best cars to come out of Sant’Agata. The obvious Lamborghini models will be on show, such as the Countach and Miura, but it’s refreshing to see the event will also showcase the LM002 and the Silhouette. We also know that Bugatti will be part of the Great Marques display, so expect to see a Veyron and Chiron parked on the manicured lawn of the Honourable Artillery Company as well. 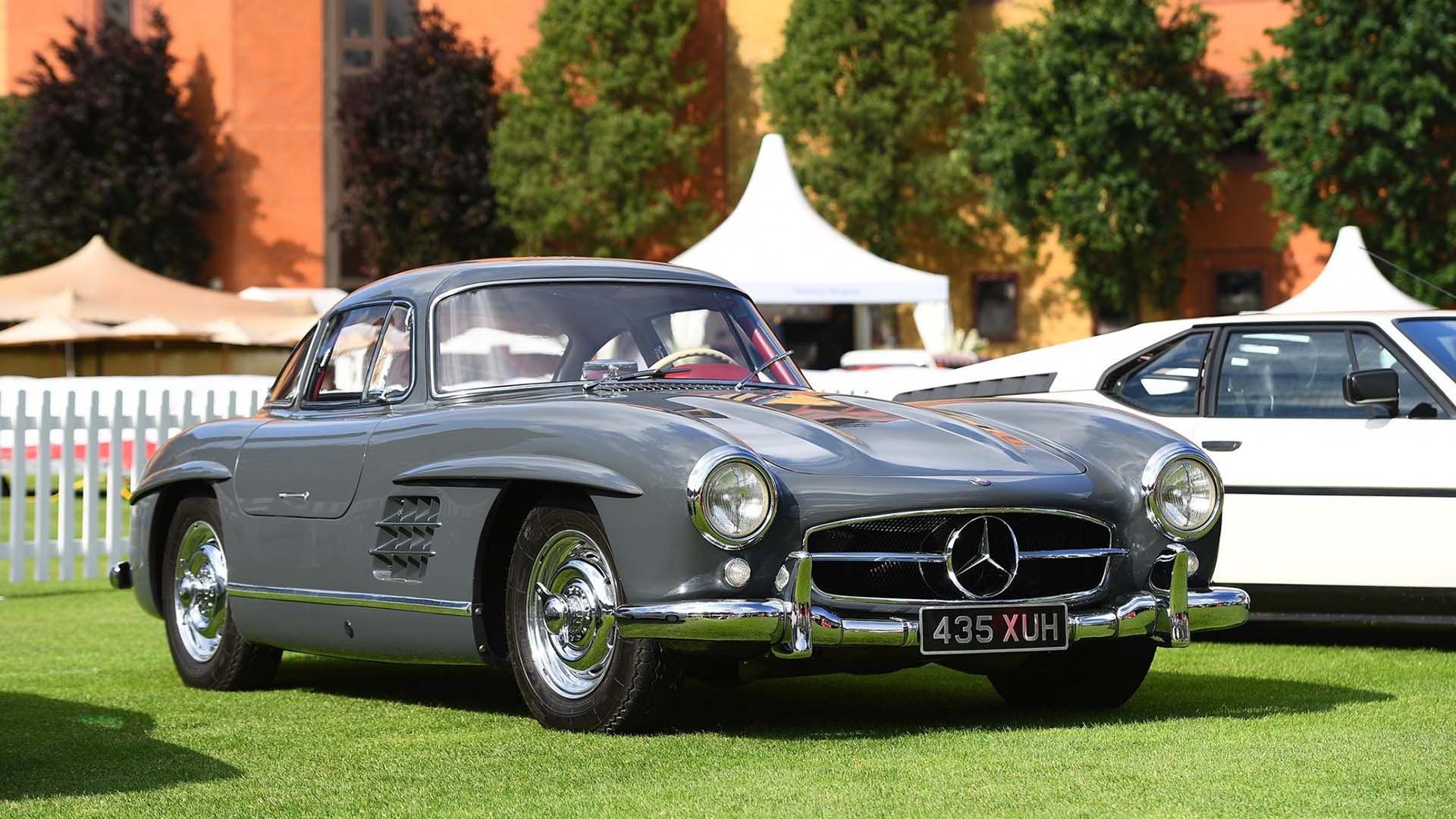 The Pursuit of Speed is a celebration of go-faster cars. From the Mercedes-Benz 300 SL ‘Gullwing’, widely considered to be one of the first supercars, to the Bugatti Veyron Super Sport, this is unashamedly all about speed. There will also be a McLaren F1 on display, a car recently valued at £16 million in the latest Hagerty price guide.

The Era of the Hypercar: Pagani Zonda S 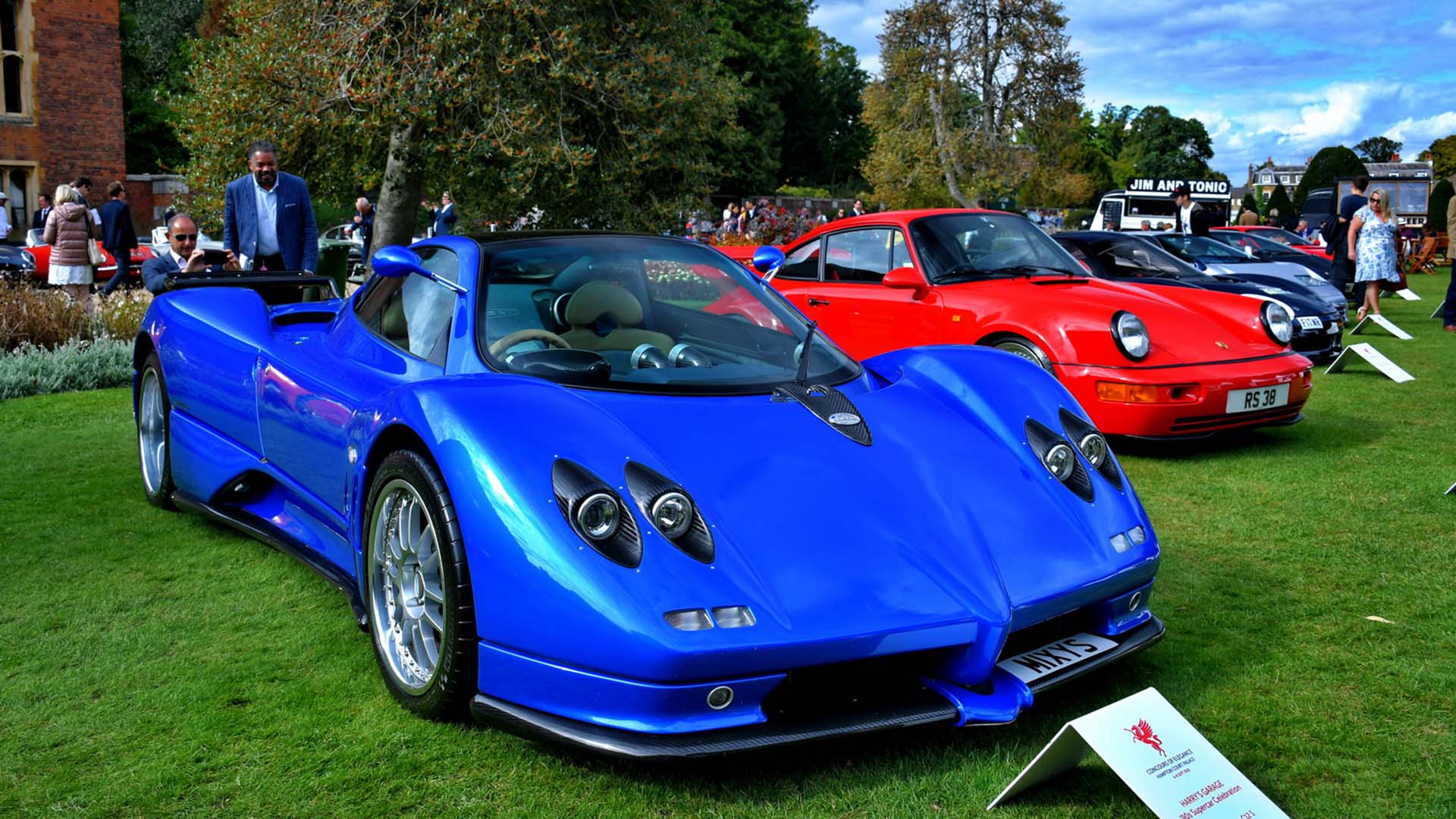 The hypercar – when a supercar just isn’t enough. But what is a hypercar? According to Gear Patrol, ‘the term was coined to qualify the top one percent of supercars’. They are the ‘stick against which all cars are meant to be measured’. The world of the hypercar features newcomers like Pagani and Koenigsegg, along with the established names such as Ferrari and Lamborghini. According to recent research, there are fewer than 300 hypercars registered in the UK. A fair proportion of these will be on display at London Concours. 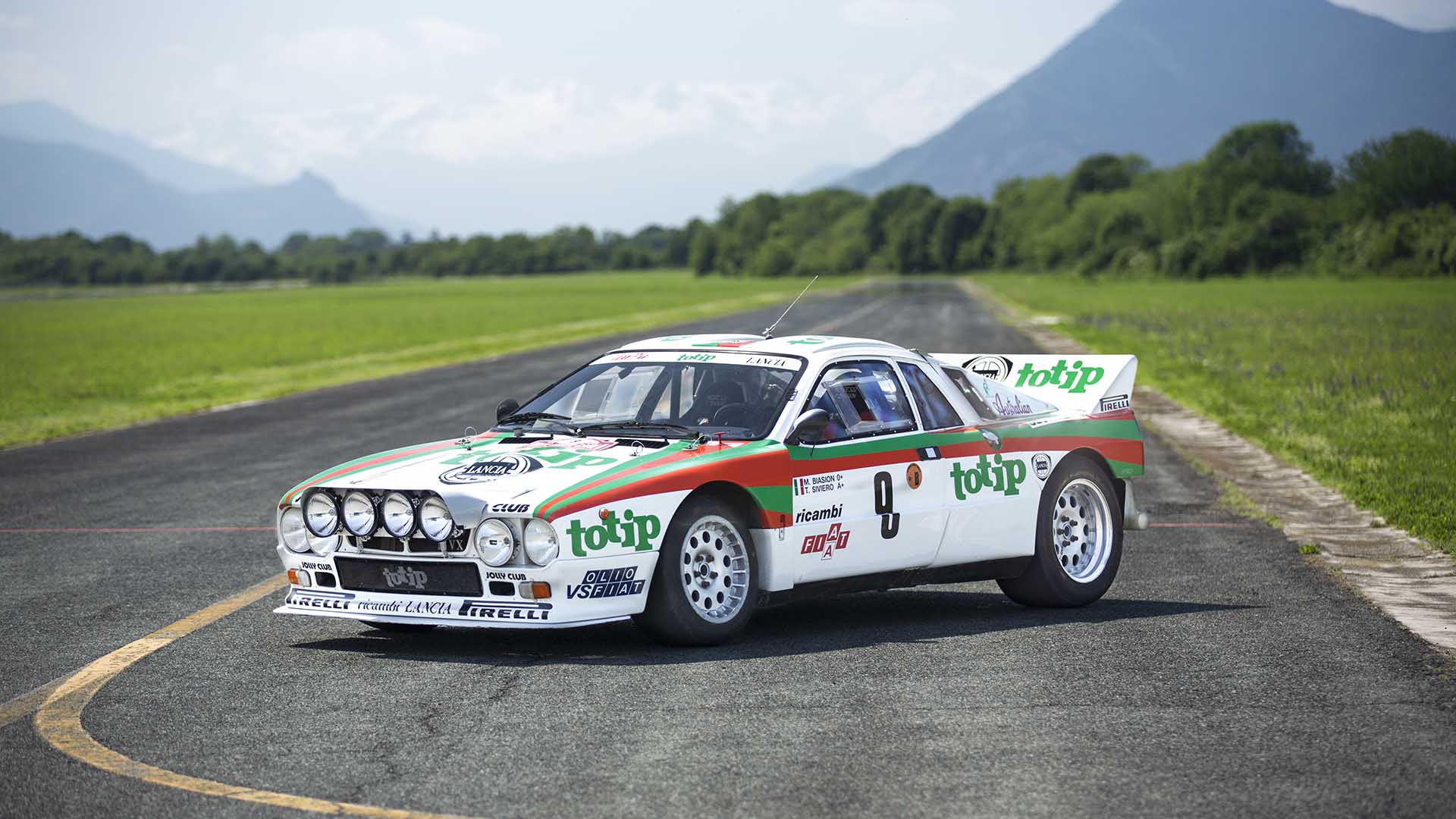 You know you’re dealing with a respected marque when it has a class all to itself at London Concours. Although Lancia is hanging on by a thread in its domestic market, the company has all but disappeared in the rest of the world. Not that our love for Lancia will ever die. You can expect to see the likes of Henri Toivonen’s Lancia 037 Rally Evo 2, a B24 Spider and a Flaminia Super Sport by Zagato. 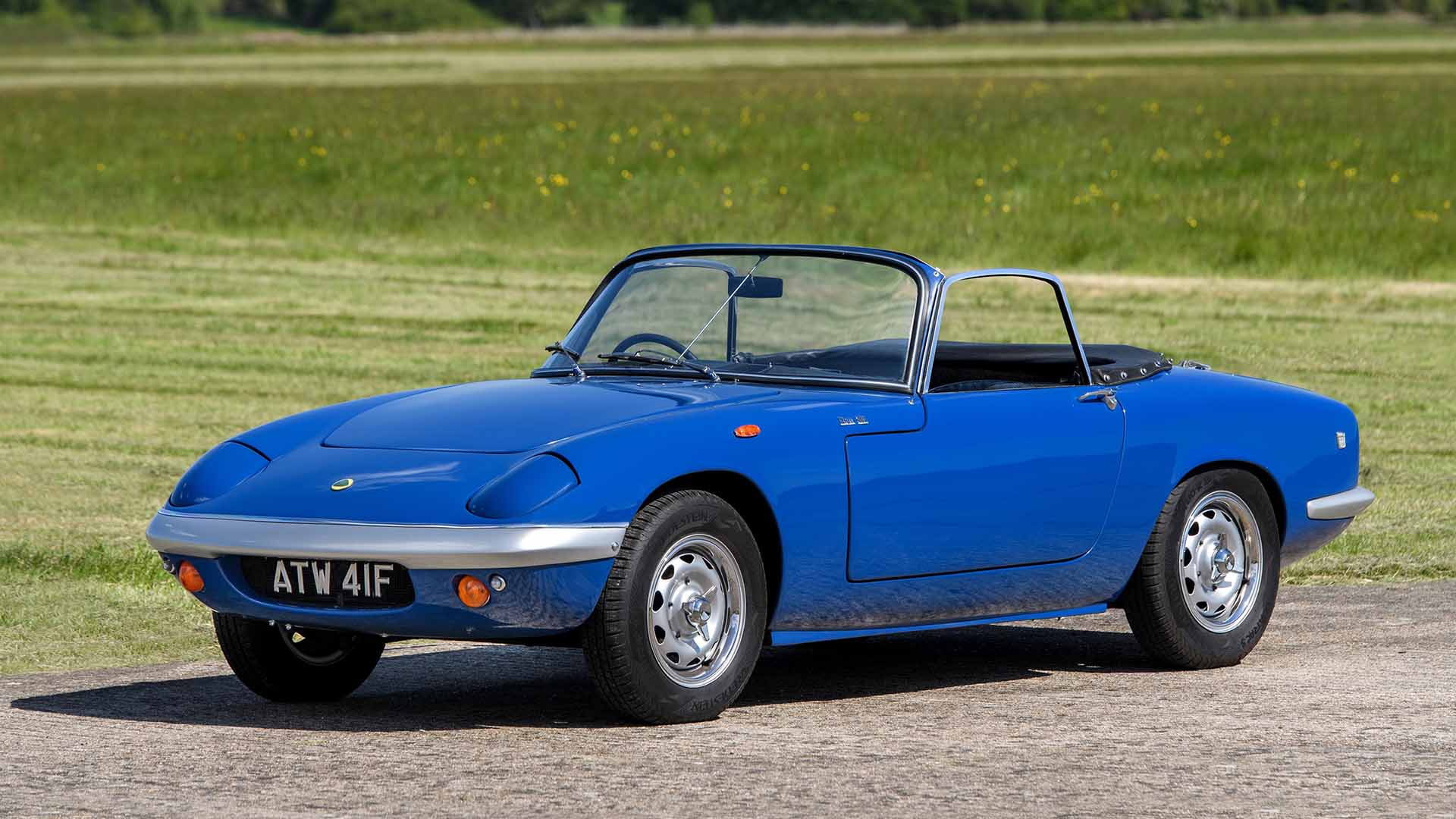 From the Jaguar E-Type to the Ford Mustang, and the Lotus Elan to the AC Cobra, this is a celebration of the golden era of the convertible. The 1960s was a decade of positivity and a chance to blow away the cobwebs of the post-war years and the 1950s. The list of convertibles on the lawn will include a Ferrari 330 GTS, Fiat Dino Spider, Porsche 356 Roadster and Lancia Flaminia Touring. 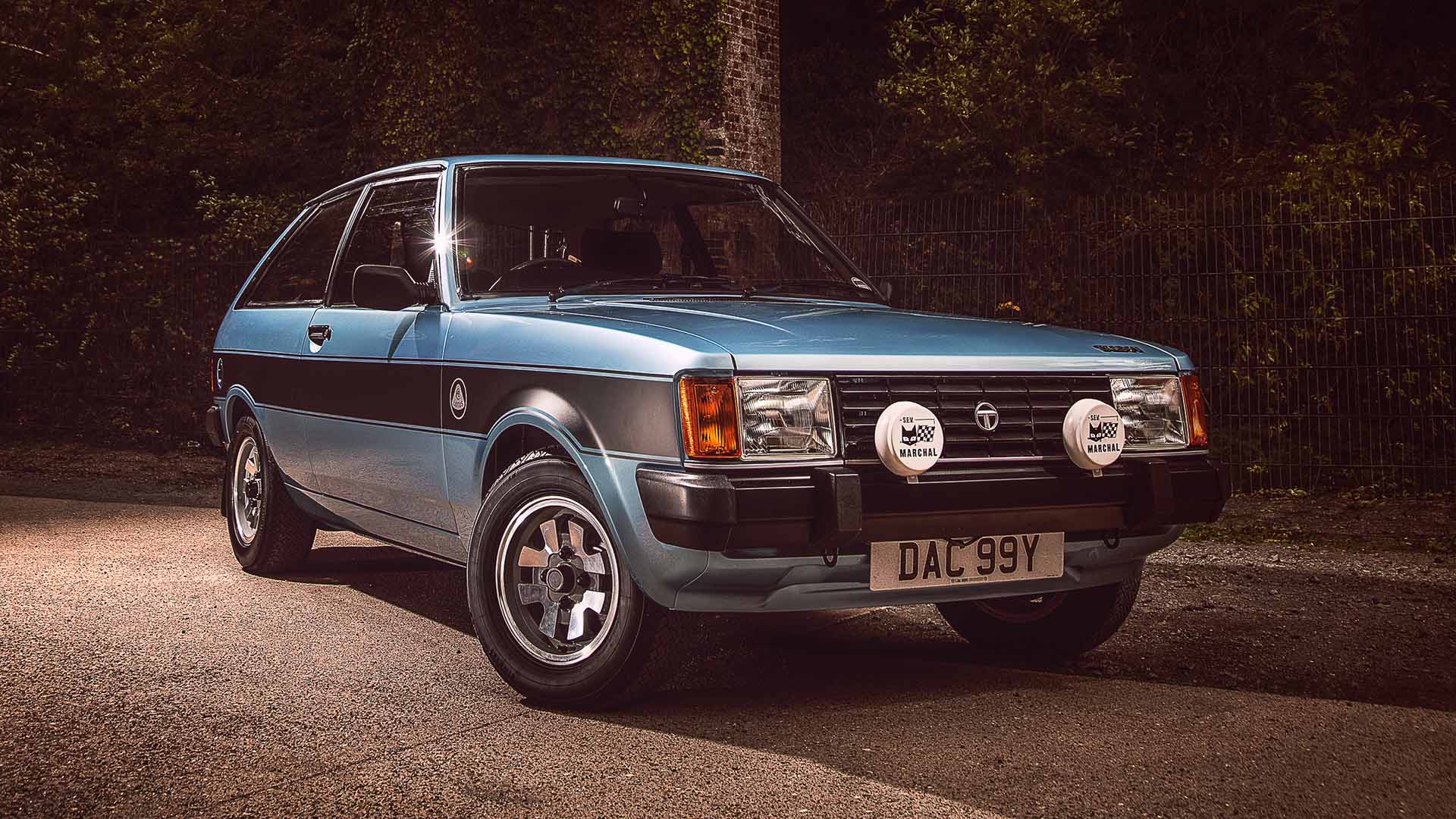 This will be one of the most interesting features at the London Concours event. The Lost Marques display is a homage to the car manufacturers we loved and lost. Names like Facel Vega, Bizzarrini, Jensen, Alvis, Unipower, Marcos and Talbot. The Talbot Sunbeam Lotus was a formidable hot hatchback, not to mention a brilliant rally car. It will provide a welcome tonic to the supercars on display in London. 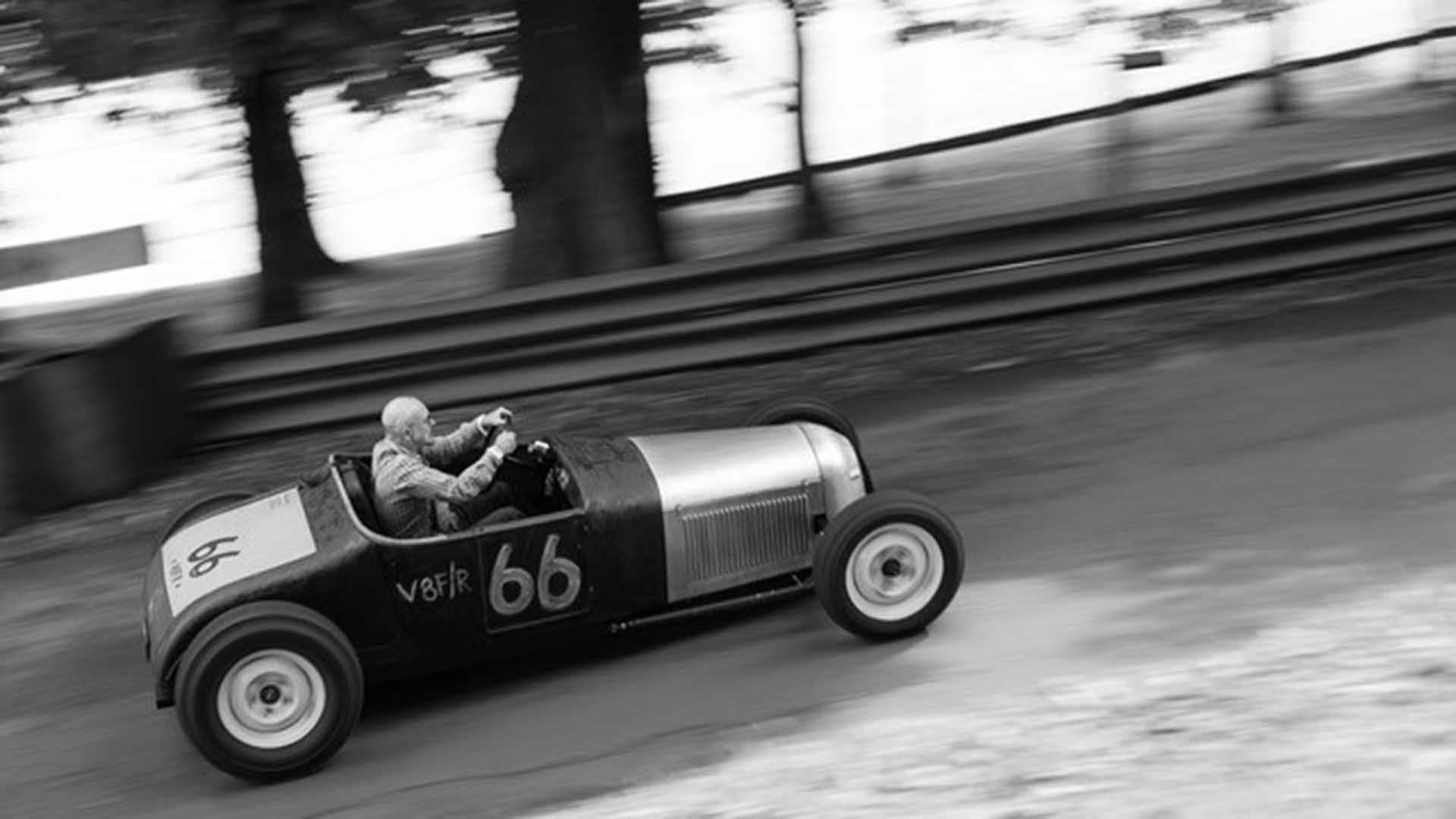 This unique pays homage to the world of pre-1949 American Hot Rods. Andrew Evans, London Concours director, said: “The Hot Rod scene is one of the most spectacular motoring sub-cultures; rightly championed by the Ace Cafe, by the Vintage Hot Rod Association, and now, by us.” 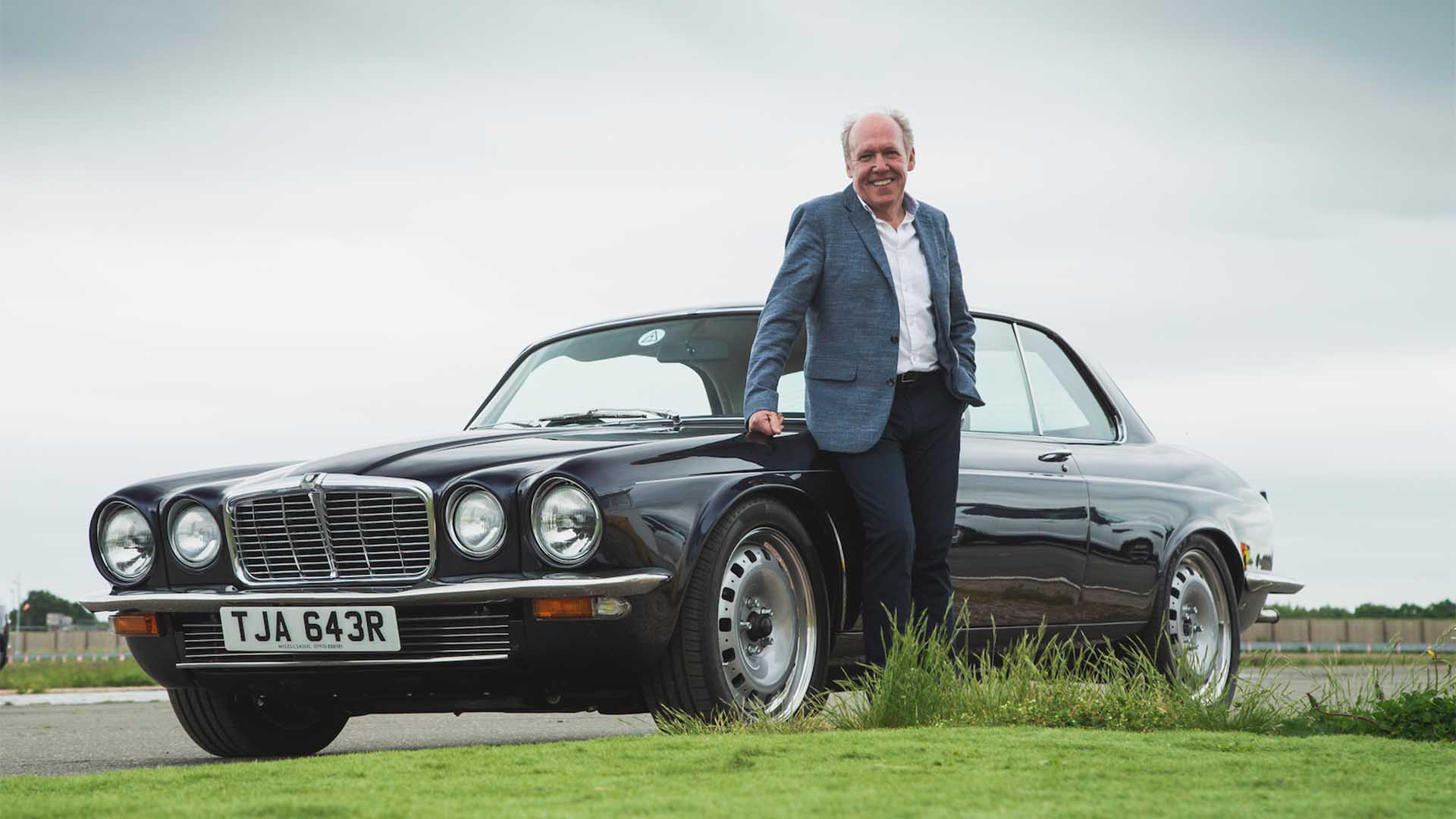 Designer Ian Callum’s car collection will be under the spotlight at London Concours. Nearly all of the cars owned by the former Ford and Jaguar Land Rover designer have been modified in some way. The list includes a Jaguar XJC, Porsche 911 and Ford Model B. Andrew Evans said: “Having Ian Callum as The Collector at London Concours this year is a real honour for us.” 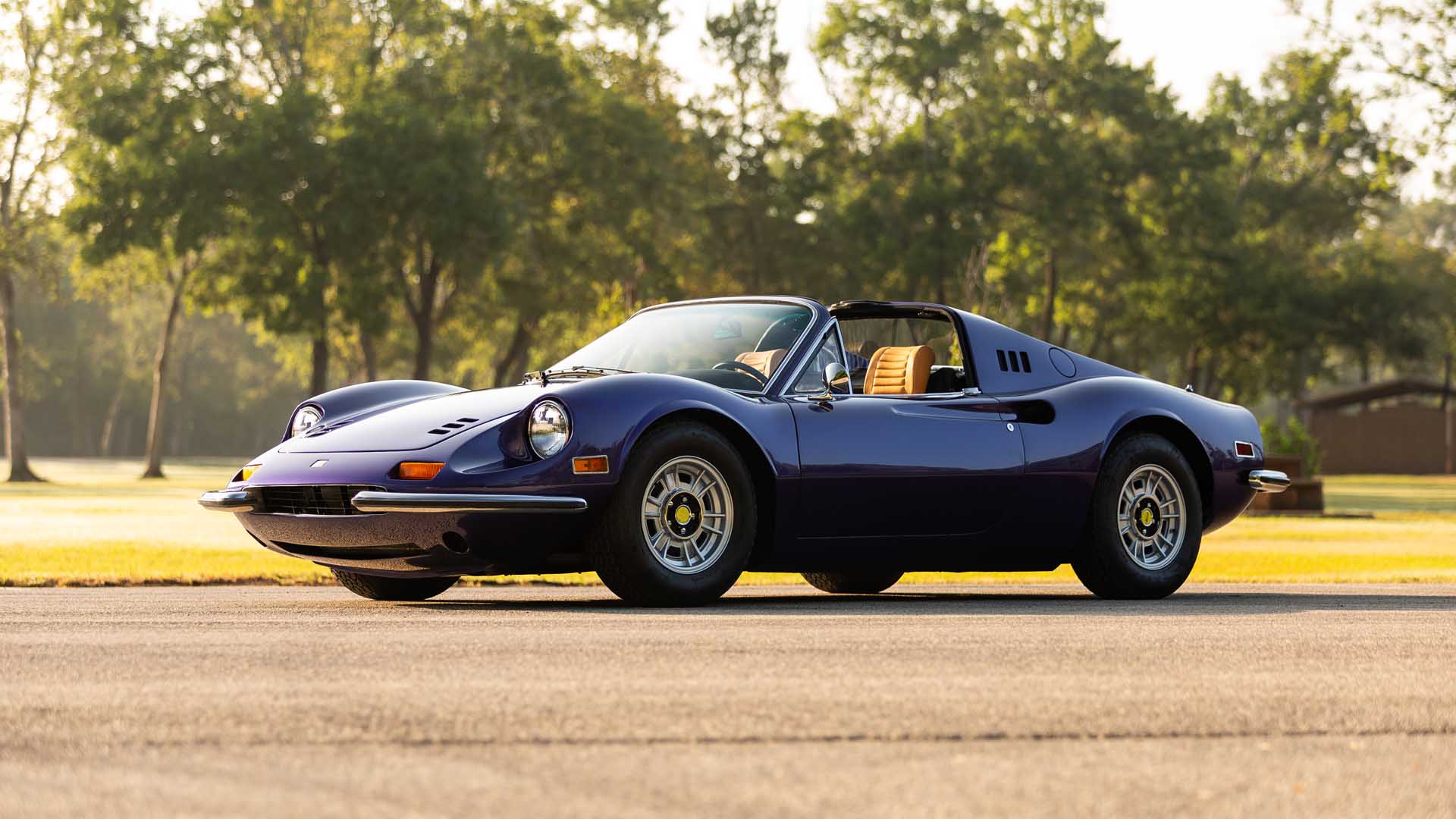 Not initially badged as a Ferrari, the Dino was developed to honour the memory of Enzo Ferrari’s late son Alfredino. Eight examples of the Dino will be on display at the London Concours event, each one in a different factory-produced colour. The event gets underway on the 19 August, but don’t worry if you can’t make it, because Motoring Research will be donning its best suit to make an appearance. It’s a hard life.

The story of the Toyota Supra

Join us for a feast of fast Fords, from the Escort RS Cosworth to the Le Mans-winning GT40. Do you agree with our choices?
Read more

Yes, the Caterham Seven Sprint really is better than us
Read more